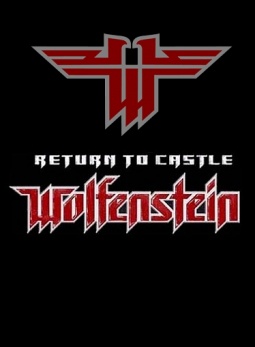 Uploaded: 14.12.2020
Content: text 17 symbols
Loyalty discount! If the total amount of your purchases from the seller Buy-n-Play more than:
If you want to know your discount rate, please provide your email:

IMMEDIATELY AFTER PAYMENT YOU will RECEIVE the key for the GAME Return to Castle Wolfenstein.
* The key You receive in your account http://www.oplata.info. Just link to the page with the key will be sent to your email address indicated during the purchase

Return to Castle Wolfenstein – without exaggeration, one of the most famous computer games in the world, who became the founder of the genre of three-dimensional fighters. Its creators continued the tradition of the series in the game Return To Castle Wolfenstein.

On your shoulders will be almost hopeless mission: to penetrate the heart of the Third Reich – castle Wolfenstein. In the transitions of secret Nazi laboratories, prisons and fortresses, you´ll be faced not only with SS but with creepy creatures of the genetic and occult experiments of the Fuhrer.

- A chilling story will unfold in the vastness of Egypt and Scandinavia to the heart of Nazi Germany. Your path will pass through the secret military bunkers, pagan sanctuary, a secret laboratory, and finally, dark dungeons of castle Wolfenstein.

- Given a scenario, combined with unpredictable artificial intelligence to challenge not only your reaction, accuracy and composure, but also ingenuity.

Your Arsenal includes machine guns, machine guns, sniper rifles and flamethrowers, as well as experimental models of weapons developed by the army mad scientists of the Third Reich.