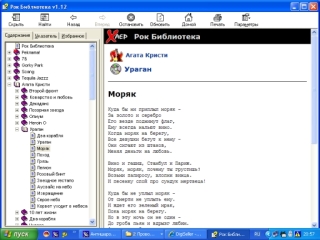 Z23 information about the seller and his items
offlineAsk a question

Russian rock encyclopedia, which shows the complete discography and lyrics of most Russian rock bands until 2005, as the famous and unfamiliar broad mass of rock fans.

The indispensable encyclopedia for those interested in rock music.

Electronic Encyclopedia of Brockhaus and Efron