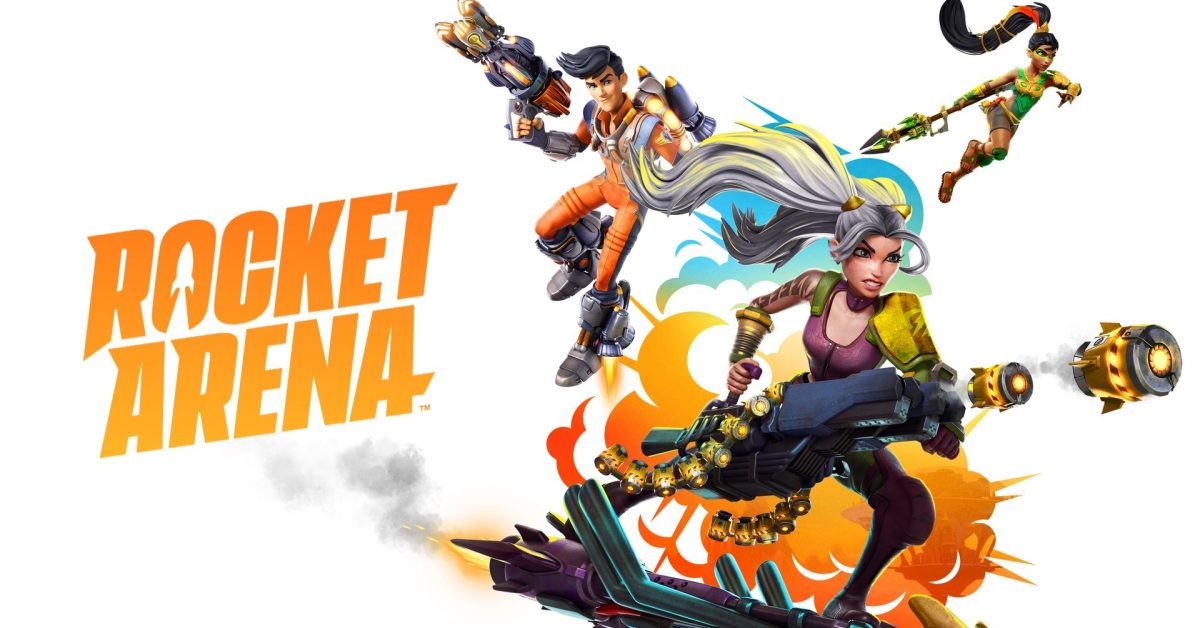 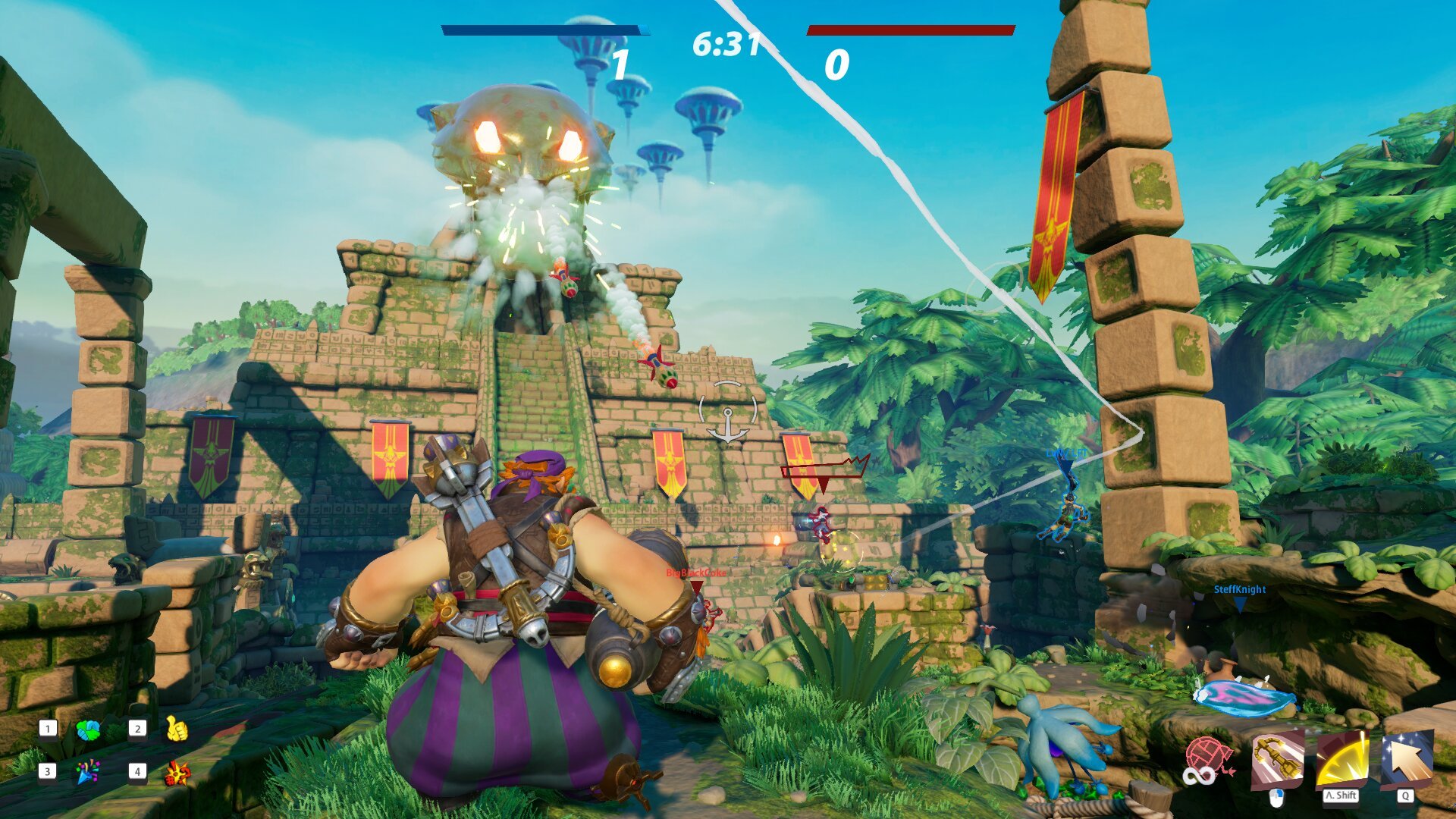 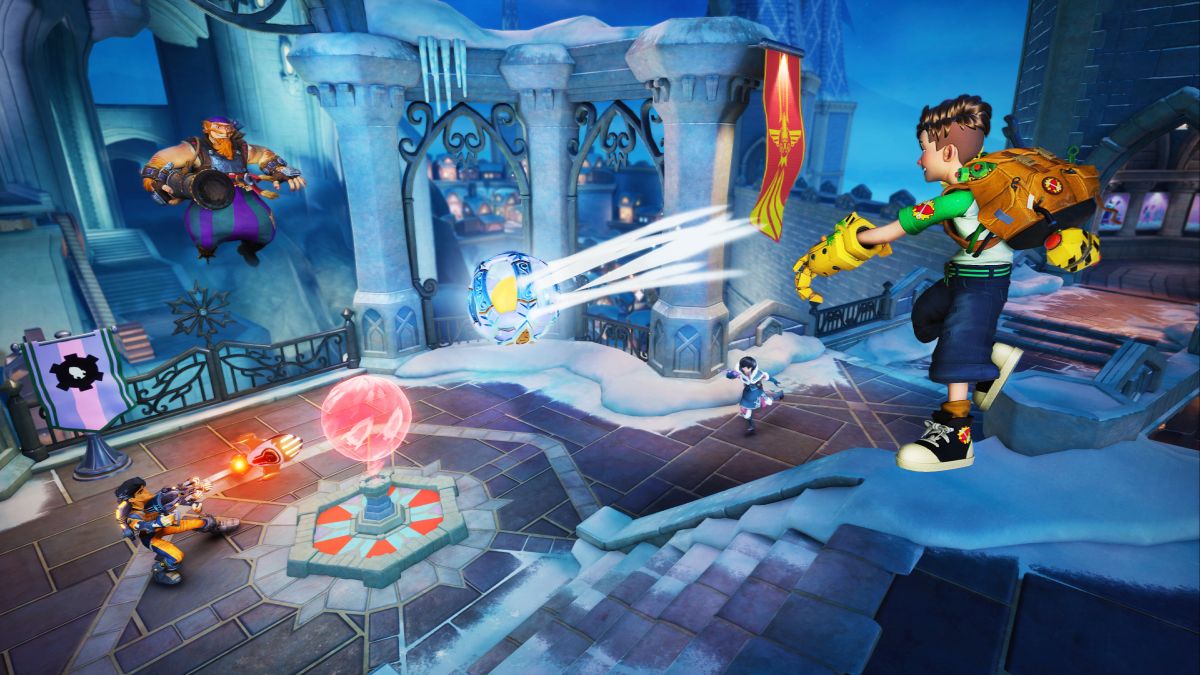 Uploaded: 30.11.2020
Content: text 24 symbols
Loyalty discount! If the total amount of your purchases from the seller vendomenxxx more than:
If you want to know your discount rate, please provide your email:

After purchase, you will receive a license key for the game ROCKET ARENA, activation ORIGIN activation region Russia CIS countries
Welcome to a world whose rules are written by rocket fuel.


Rocket Arena is an explosive 3v3 shooter where you are always at the epicenter of the action and where rockets reign supreme. Learn to masterfully use your hero´s unique missiles and abilities to become the champion of the arena! Think over the game taking into account the special capabilities of more and more new fighters. Tailor your tactics to your team composition, explore dynamic maps and learn the depth of missile battles.

Rocket-Powered Heroes - Explore an ever-growing selection of fantastic heroes with unique personalities, stories, friends and enemies. Master powerful abilities and special missiles of the chosen character to bring maximum benefit to your team.
Battles in which no one dies - Forget about the word "death", because in Rocket Arena you cannot die! Taking too many hits will knock you out of the arena - but not out of the game. Saddle up your rocket, study your surroundings, and head back into the fray again.
Strategic Heights (and Depths) - Using missiles in combat is easy, but mastering them perfectly oh how difficult. Learn to choose the right time to dodge, fire at targets proactively and use various objects and devices in a timely manner, such as a magnet for missiles, laser mines and acceleration, in order to change the course of the battle with their help. Become one with your rocket and you will be second to none in the arena.
A brave new world open to exploration - The Crater is home to a host of outlandish locations, from the ruins of a tropical Gem Jungle to the ideal tech city of Boom City. Each of the cards is full of hidden tricks, traps and elements that tell you about the history of the world. Use your rockets for powerful jumps, climbing vertical surfaces and exploring your surroundings. The world around you is replete with unique opportunities, so get your missiles ready and go!
Hero Development - Your heroes have great potential. Each match they play will earn you experience points that allow you to unlock rocket parts, totem parts and incredible costumes that allow you to change their appearance. As you progress in the game, you will also get powerful artifacts at your disposal - combine them and level them up to give your heroes impressive new effects and stat gains! To win the Rocket Championship tournament, you need to use all the available advantages!
Changing Game - A variety of game modes await you. Join the classic 3v3 competition in Bouncers, or warm up against the racket bots with your favorite combos. Compete in the number of goals scored in Rocketball, capture zones in Megaraket and collect gold in Treasure Hunt. Well, when you´re ready to test your rocket power against the best of the best, join the Ranked Matches and show your opponents what kind of dough you are made of! Rockets for battle!

Get the paid product in the My purchases section.
If the Origin client is not installed, download it for Windows (client also available on Mac) and install.
Launch Origin, log into your account, or create a new one if you don´t already have one.
Go to the "Origin" menu and select "Redeem Product Code".
Enter the activation key (to obtain it, you must buy ROCKET ARENA (ORIGIN) RU CIS).
Click "Next" and confirm the activation.
After activation, you will be prompted to download ROCKET ARENA (ORIGIN) RU CIS and start playing.