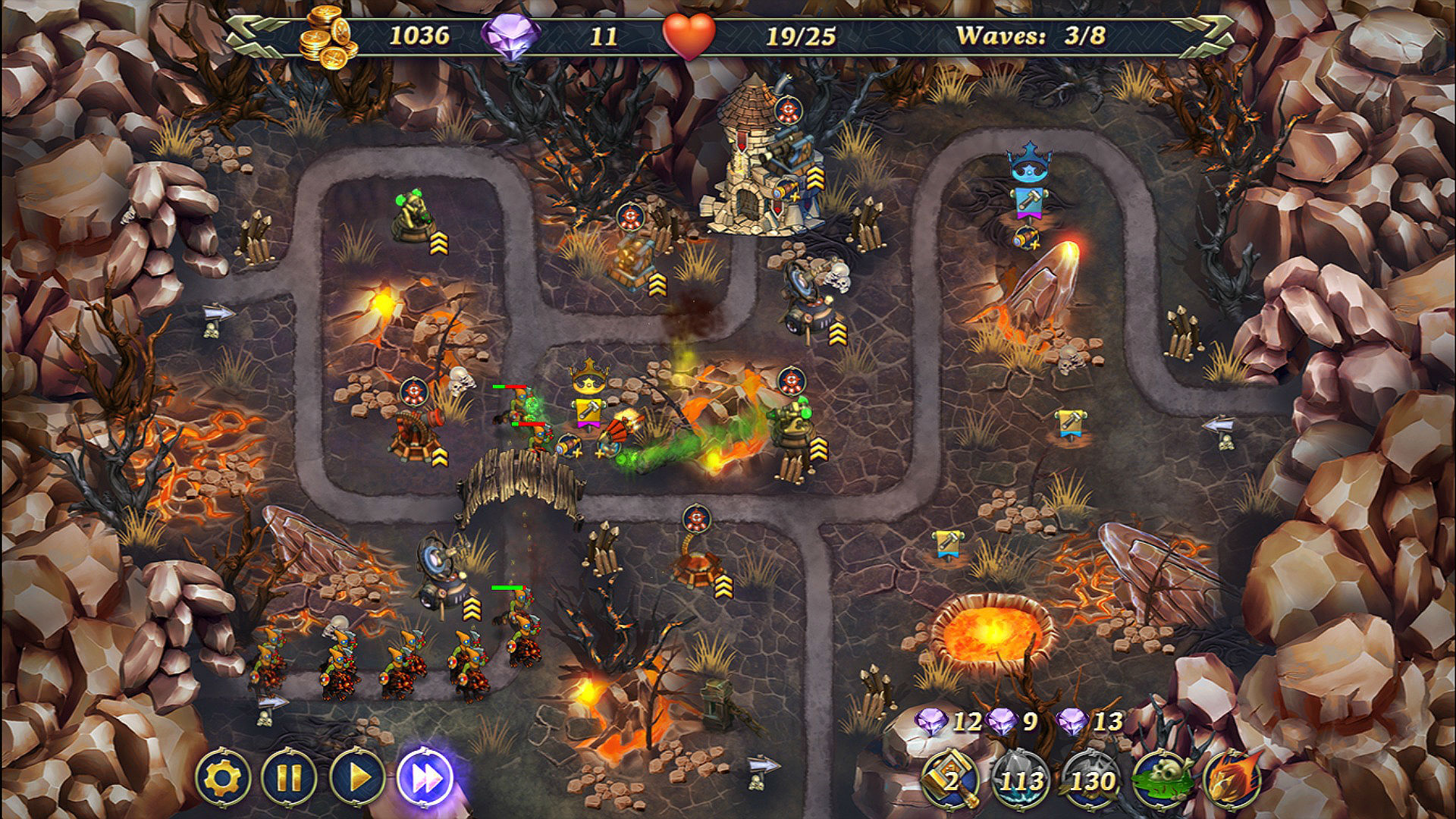 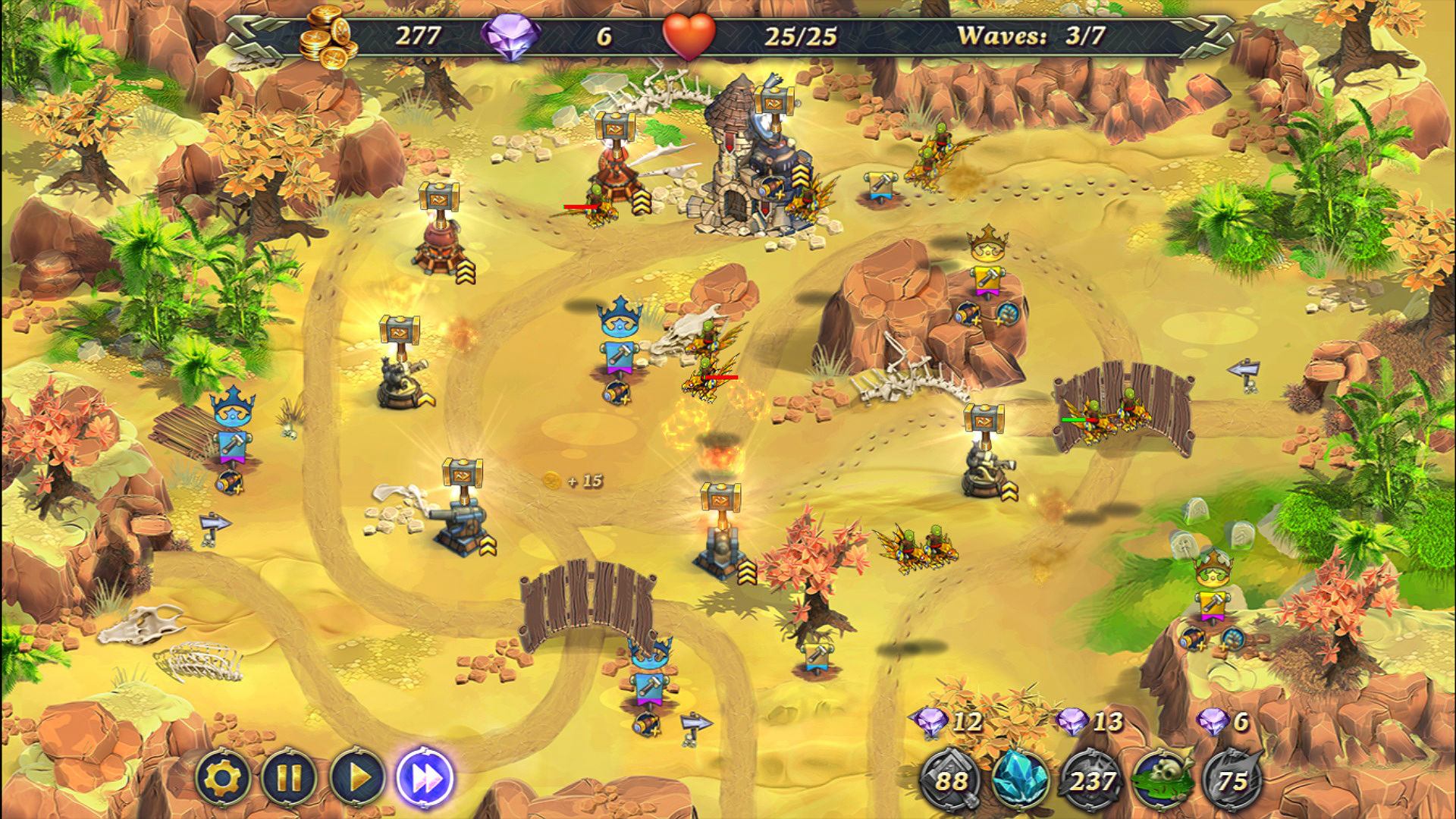 Uploaded: 27.06.2016
Content: text 88 symbols
Loyalty discount! If the total amount of your purchases from the seller GoldMega more than:
If you want to know your discount rate, please provide your email:

About this game
Castle needs to be protected - the orc hordes flooded neighborhood! Build towers, mine money swing spells - the enemy will not pass!
The plot supposed confrontation between the kingdom of gnomes and hordes of orcs who try to seize it.
Many unique units, various buildings, spells, as well as the opportunity to purchase gold and resources - all this makes the game in entertainment, which is not boring, and makes return to it again and again.

On Information
The kingdom does not cease the battle! Invisible Threat - this new episode 3 for true fans of the tower defense genre. We spent more time on the balancing game levels specifically for Steam players. We also added new enemies, which diversify the game and will need to apply new tactics.
Key features
• Three new episodes.
Heath - Orcs hiding among the sharp rocks and dangerous.
Molten plateau - Destroy all enemies in a fiery surface.
Mystic Valley - defend against mystical creatures in the magical forest.
• Four new enemy. Each with their own unique abilities.
Skeleton, Necromancer, Elemental Fire, Elemental Nature.
• Four new achievements. Especially for the additional scenes - unique setting. Challenge exciting challenge!
• More DLC contains 150 crystal gift shop for upgrades - spend it at their discretion, because The game is played without them.
Please leave your comments and suggestions to improve the game and the genre!