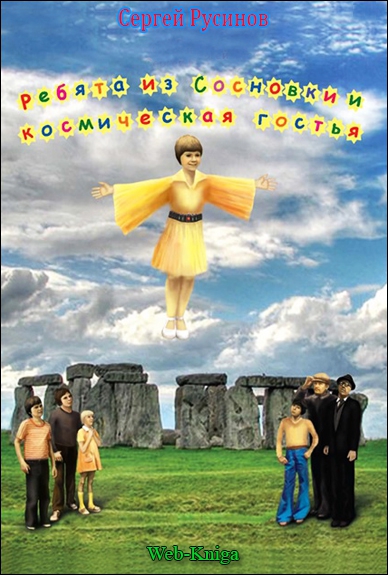 This book I wrote in memory of one of the most beloved films of his childhood - the good old Czechoslovak television series for children "Adventures in the holidays". In the 80s of the last century is now a film that was successfully demonstrated on our television screens, but for the moment he had completely forgotten all of our channels (including children), it is absolutely unfair, since it would involve our children how to before.
But despite such a cool attitude to TV, the Internet, this film is still very popular, and it's easy to download and watch online, he also devoted to multiple sites, the forum of one of which I take an active part. But it is only now, when I created this book, the Internet, I was not there, and I wrote it from memory.
Therefore, all the matches, which is in my book with this film, due to nothing more than a boundless love for him, and immense admiration for the skill of its creators (for whose work I have in no way want to encroach!) And especially to the great game when still very young actress Zuzana Pravnyanskoy, played charming girl from outer space named Mike who served as the prototype for my girls Alien Nelly.
I hope that my book you enjoy, and be happy, my friends!

The author of this book, a person is very difficult and you can even say dramatic fate. With the birth of the affected virtually incurable cerebral palsy, Sergei did not break under the weight of circumstances and, wanting somehow to show themselves, I decided to take the literature (especially science fiction) by pressing the computer keys toes, which eventually became his calling in this life. But no matter how it has developed further creative way, of course, its main success Sergey believes it is this wonderful children's story about the adventures of an extraordinary flying girl Nelly to distant planets and amazing Torun ...

The story of Misha