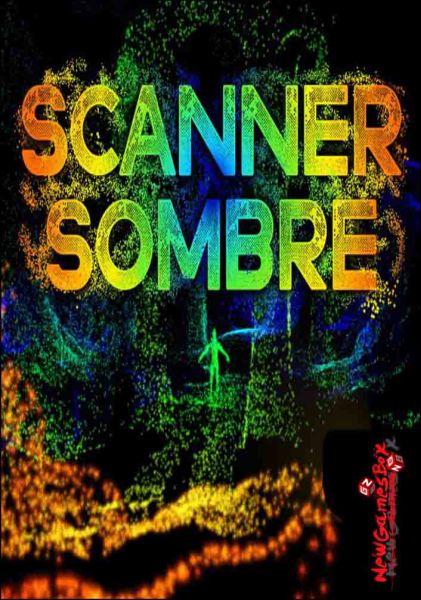 The Scanner Sombre game is an adventure in a dark cave where there is a helmet with optical visors. A very interesting technology - it allows you to see a person in darkness, and, moreover, the human eye is generally unable to distinguish colors and objects that are in a space where there are not enough photons. But thanks to this fascinating device one can see many secrets of this dungeon that exists in the modern world. That´s just not clear how the hero got there - he woke up, looked around, and stepped on the helmet. After a little wandering, the guy picked up a hat and went for a walk.

He wanted to get to the exit, but almost fell into the abyss - it is a limestone cave, there are many bridges, crevices and other incomprehensible geometric figures. The water has washed everything, so it is easy to fall into the abyss, because the protagonist decided to take the device in his hands, so as not to die here by stupidity. The plot move common in our time - the developers simply throw the hero without memory into the location, and forget there that he himself would be chosen with the help of various devices. Yes, the adventure here is exactly that, but the main place is occupied by the graphics, which is designed as a view through an optical visor.

This product is distributed through digital distribution and is only a pin code (activation key), it does not contain packages and boxes.