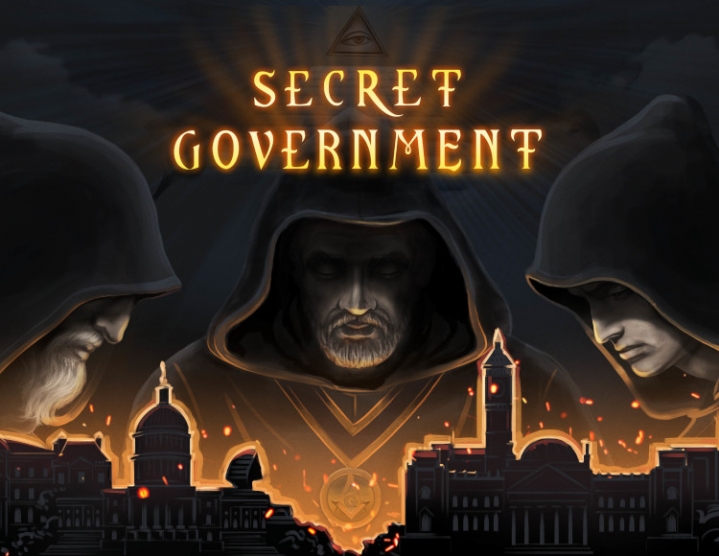 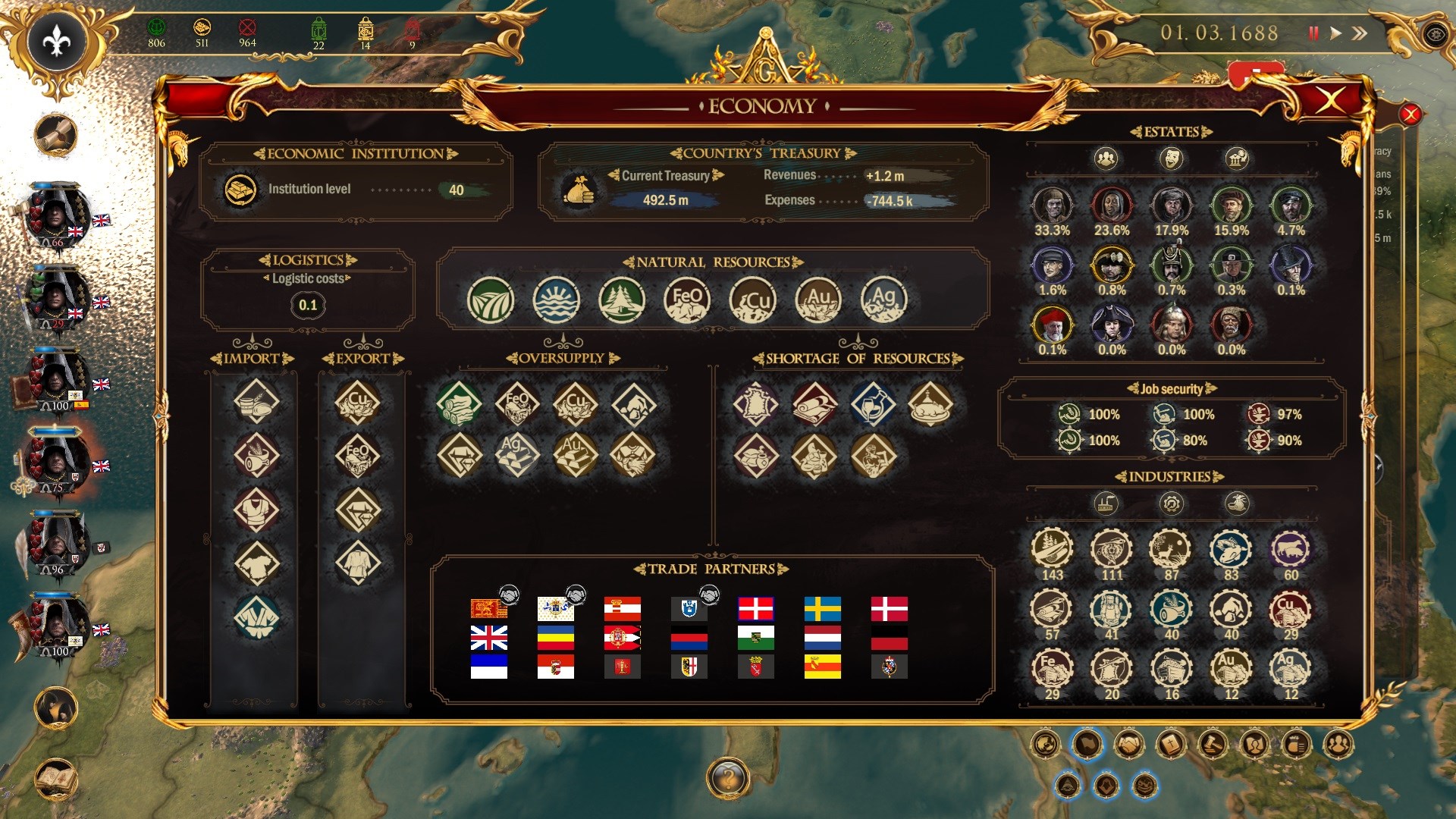 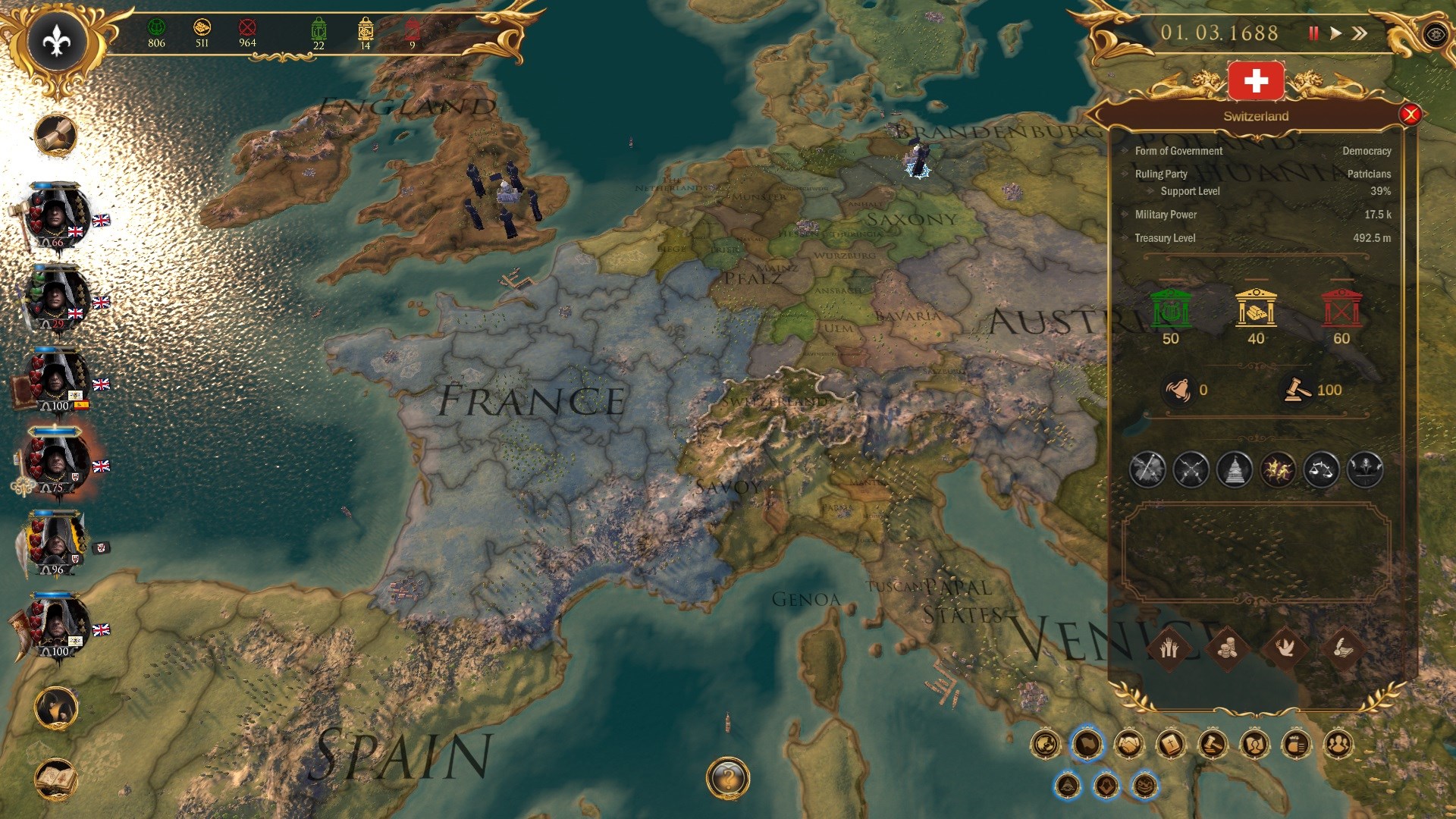 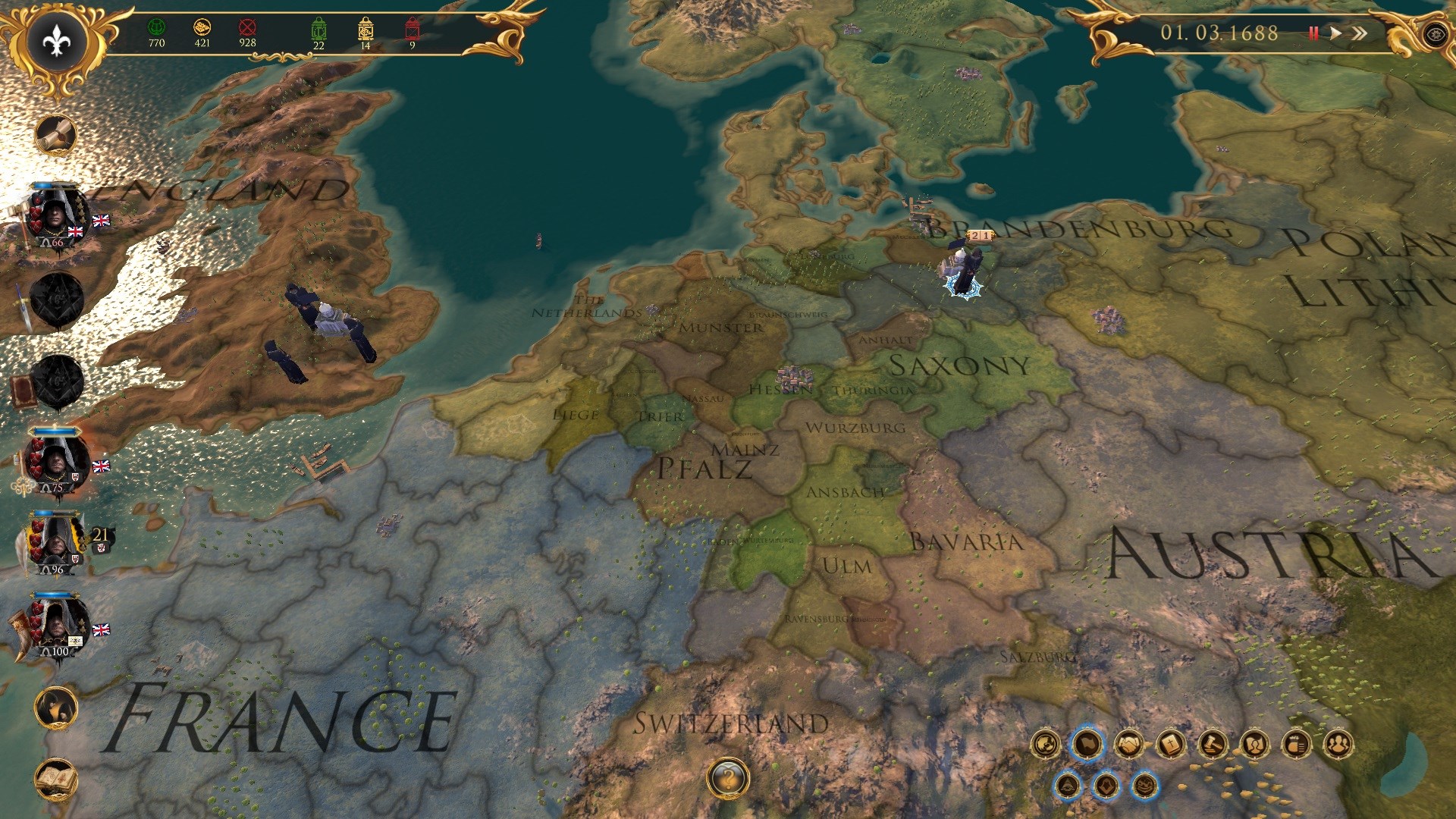 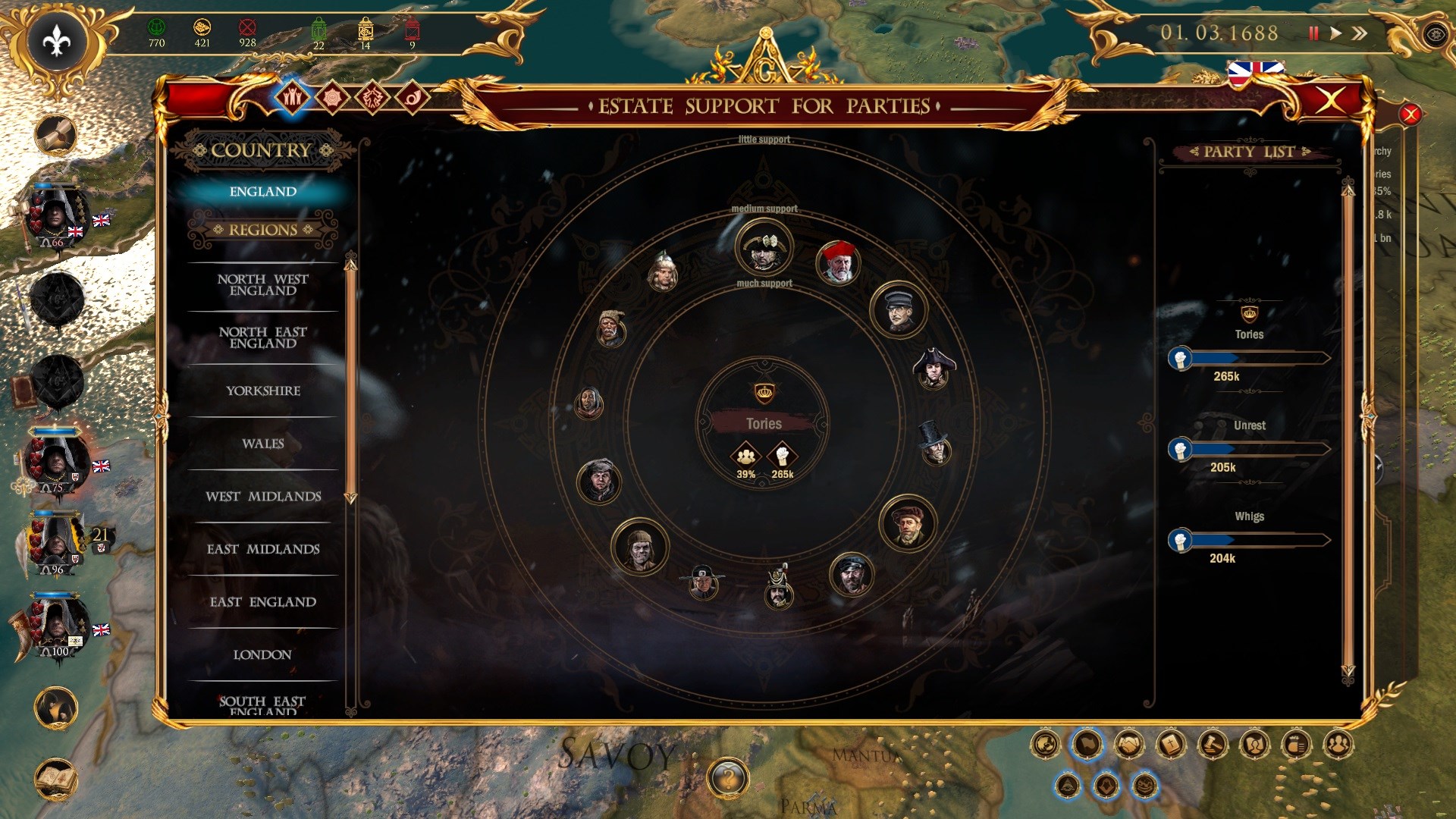 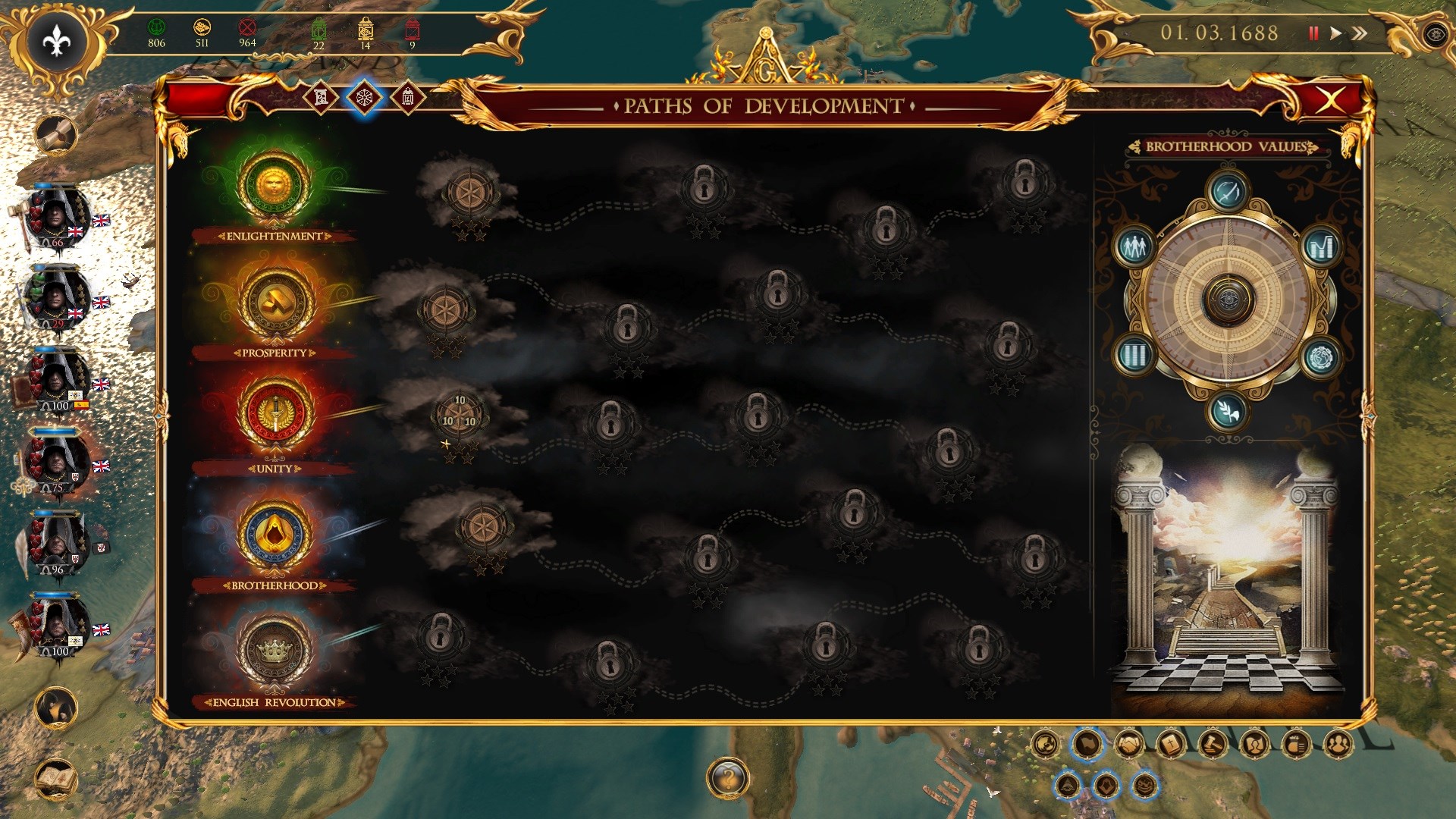 Description:
Attention! The game is in Early Access.
Meet Secret Government - a turn-based strategy game about a secret society that has invisibly ruled humanity for hundreds of years. And this is its peculiarity: you will not lead some country, as is usually the case, but an organization that affects the whole world. Brotherhood. You will send your agents to various states. Infiltrate the institutions of power in order to siphon resources and seize more and more control over people who make decisions. You will actively create history from the 17th century to the present day. In each game mission you will intervene in the main conflict of a certain period. In the first chapter you will: arrange the War of Independence and ensure the victory of the United States;
start the French Revolution and bring the Republicans to power;
remake Europe during the Napoleonic Wars.
The ultimate goal of the Brotherhood will gradually be revealed as the story progresses. Do you understand that it´s not just about wealth and power? The Brotherhood is striving for a global reorganization of the world. Along the way, you will face a hostile secret organization. Its methods are similar to yours, but the goals are very different, and you will have to figure them out too. You need to act slowly and carefully so that the countries´ awareness of your influence does not increase too much. Otherwise, you will be exposed, and you will lose the already gained level of penetration into power in this state. More than 50 actions related to diplomacy, economics and military affairs will be available to you. Follow the internal politics of each country! If the ideology of the ruling party will be very different from the views of different classes, if the level of taxes is too high, and the level of public order is too low, expect a revolution. Although, maybe this is what you are trying to achieve? The ruler of each country weighs the risks and benefits of raising taxes, starting new wars, threats of revolutions and so on. Rulers strive to maintain the status quo and follow the rules of their era. They only care about the reliability of their power, the well-being of their possessions and the ability to multiply both. You will have to find a way to unbalance the system and provoke a crisis that will provide the necessary changes without being able to impose your will on the rulers - the control in the game is indirect. You cannot order the monarch to declare war on a neighboring country. But you can introduce your agents to the right countries, provoke a deterioration in relations and create confidence in one of the parties in an early and profitable victory. We hope that you will spend many hours enjoying exploring how the world works with the Secret Government. Support this campaign and join the Brotherhood!