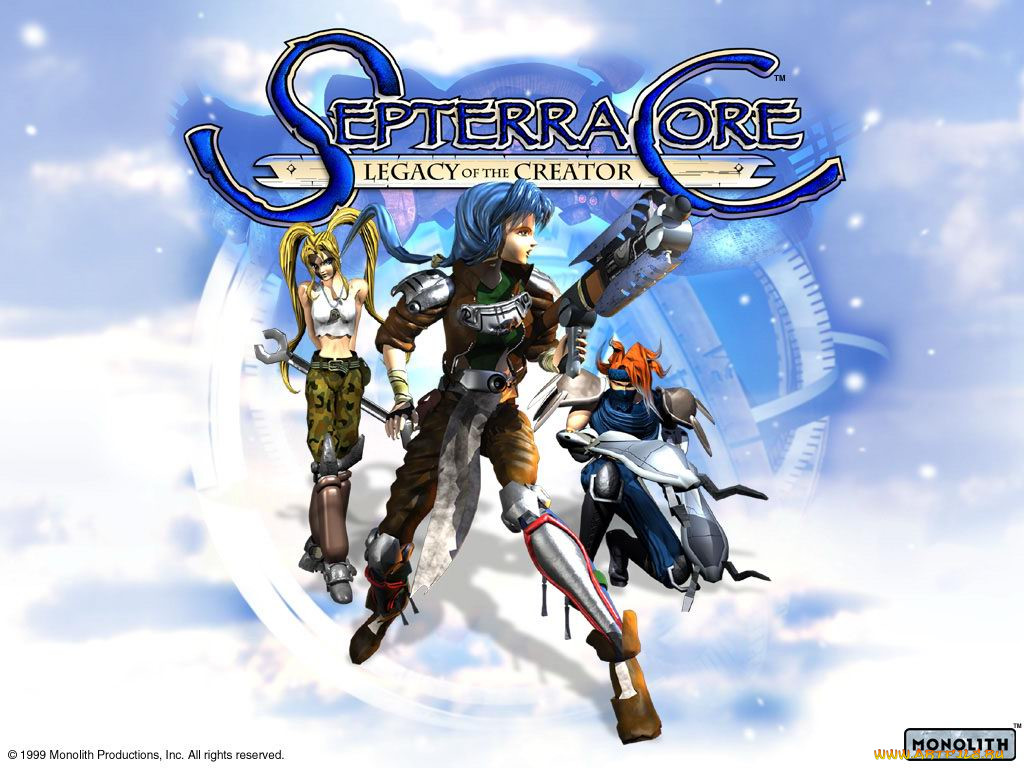 At the very heart of Septerra lies the Core, a huge Biocomputer. Seven continents at different elevations, each with its own unique people and culture, orbit around the Core.
According to an ancient prophecy, Septerra´s continents will one day converge and join in orbit together on one level - this is the Legacy of Marduk, the Creator´s son. The Chosen, fanatical believers in the supremacy of their own wisdom and technology, impatiently try to force the issue - causing a global catastrophe which threatens the lives of all Septerreans.

Meanwhile, amongst the Junkers, a young woman named Maya gets caught up in the developing maelstrom and soon finds herself confronted by seemingly insurmountable problems. Without help she stands no chance of fulfilling the Prophesy before Septerra perishes. But whom can she trust in a world torn by war and treacherous intrigue - a world on the edge of the abyss?