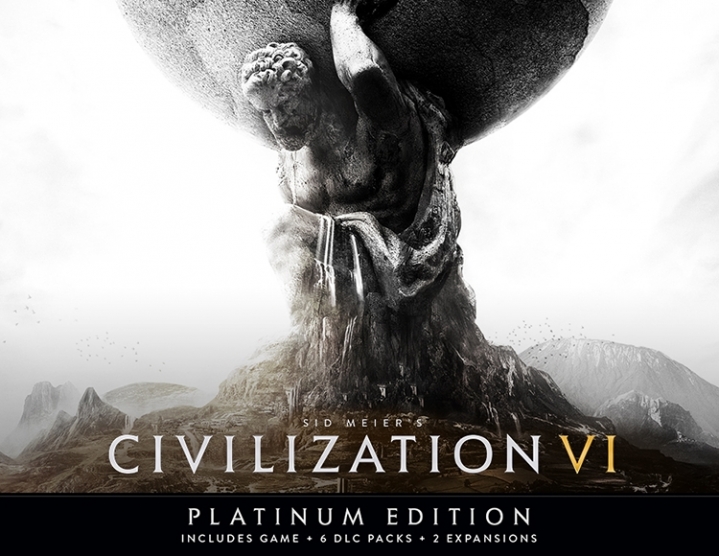 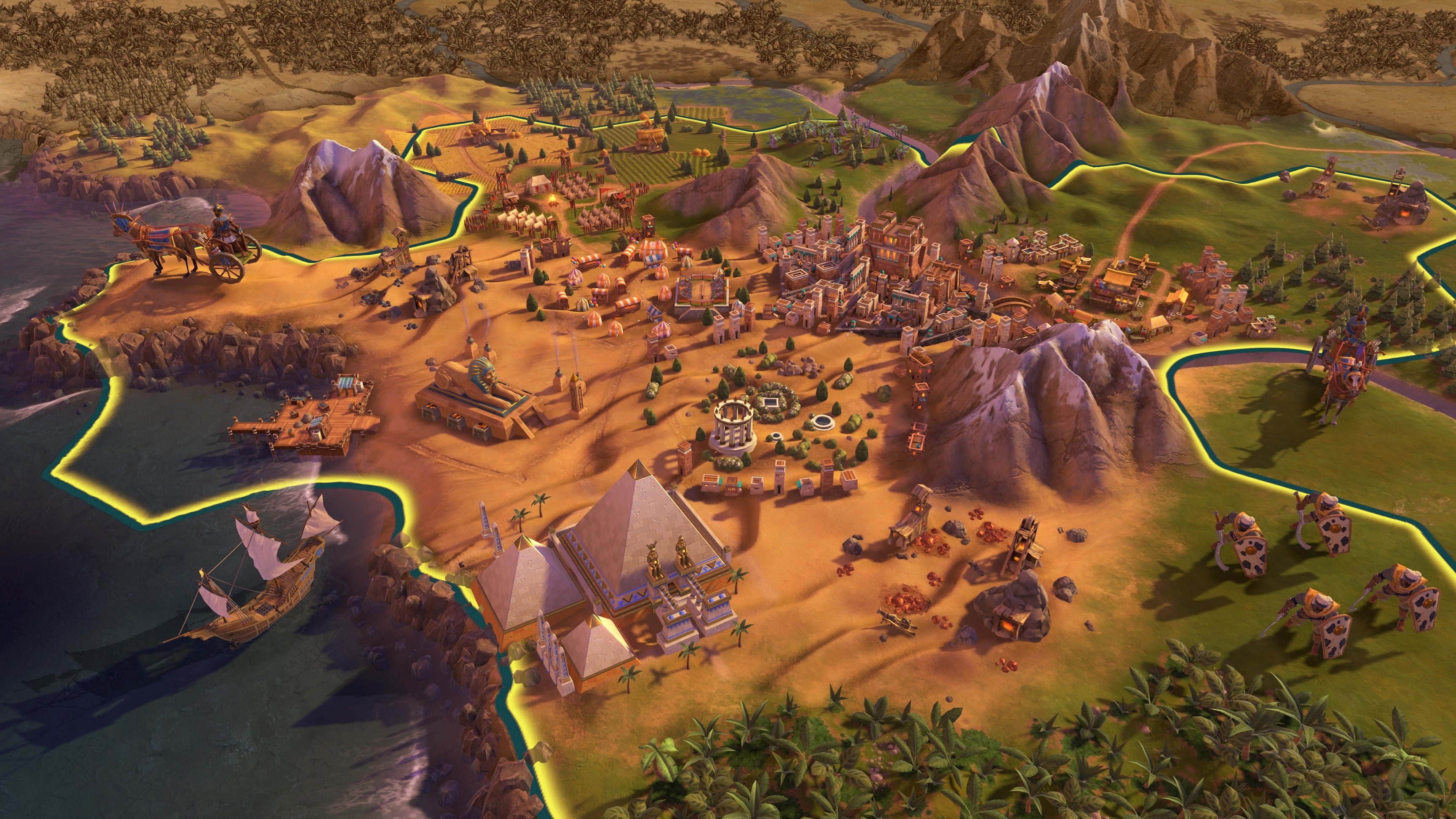 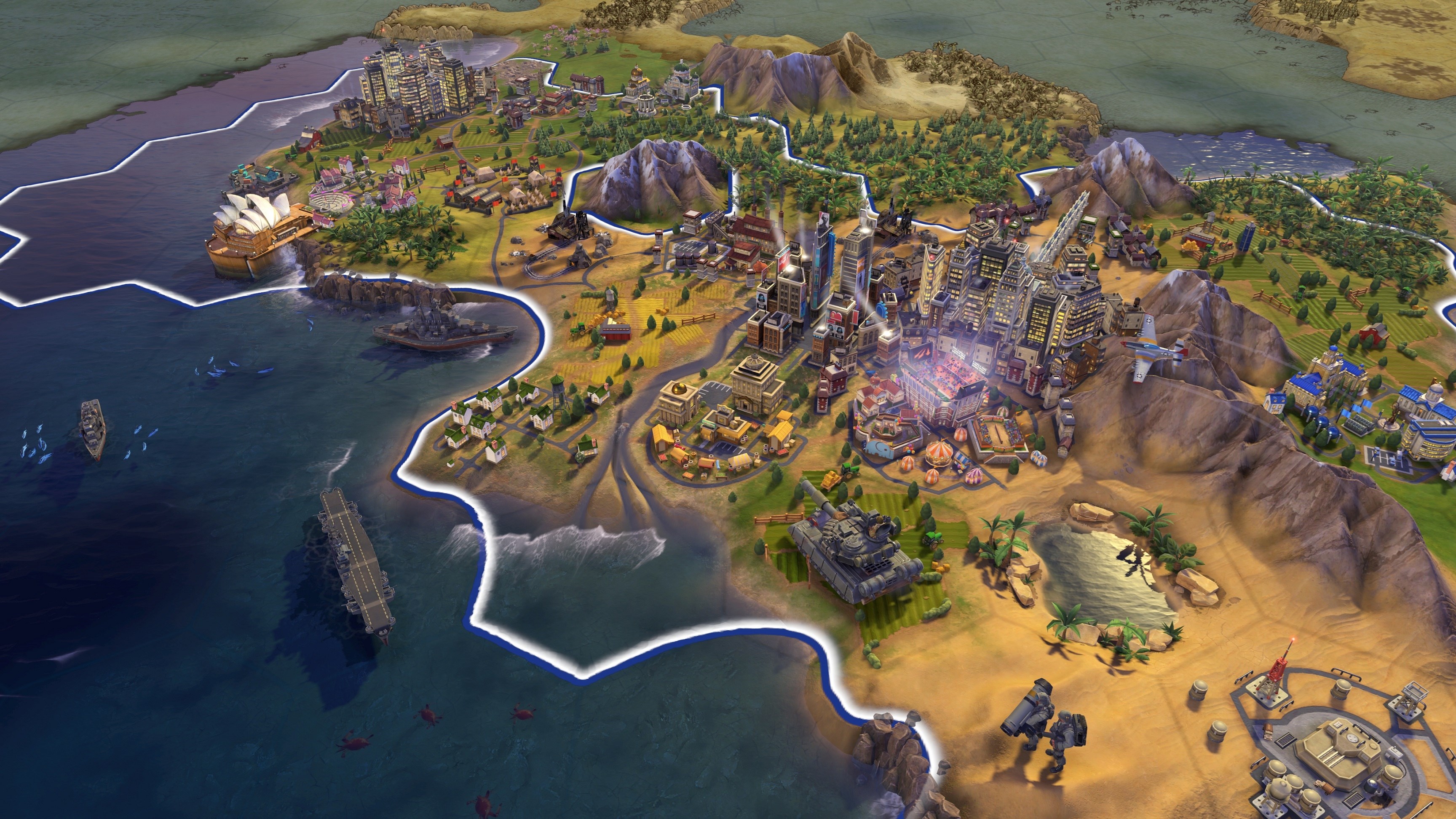 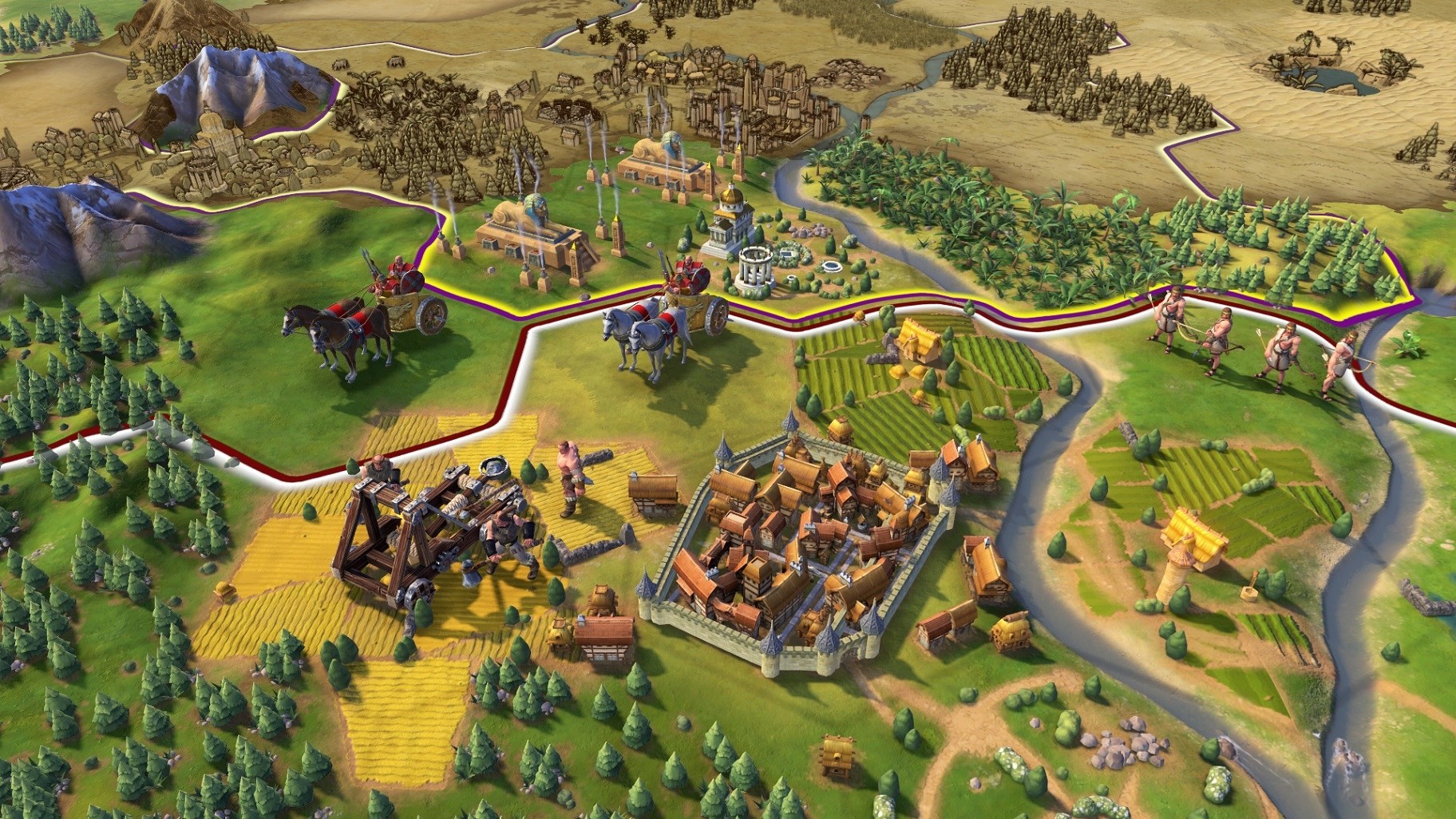 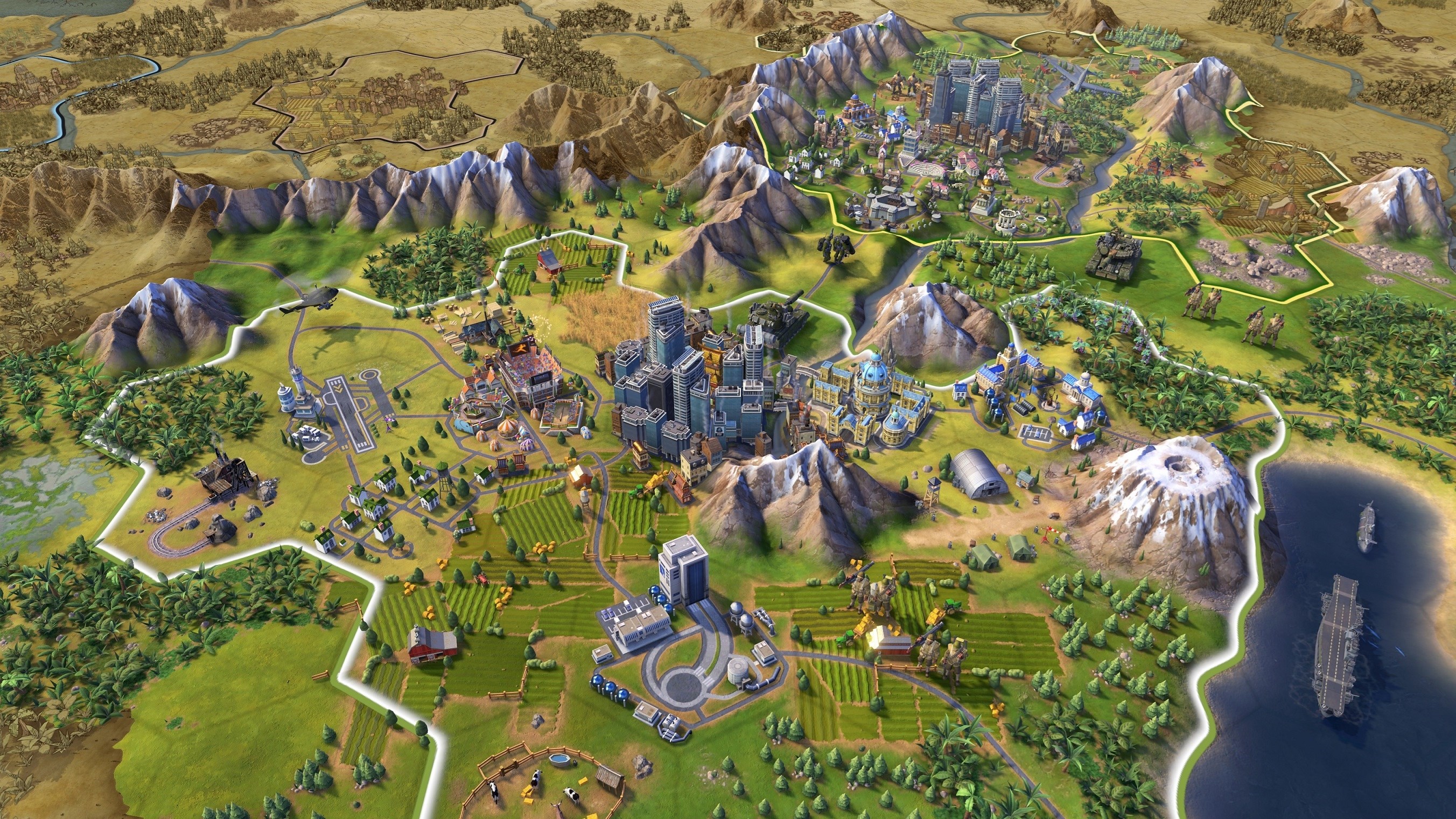 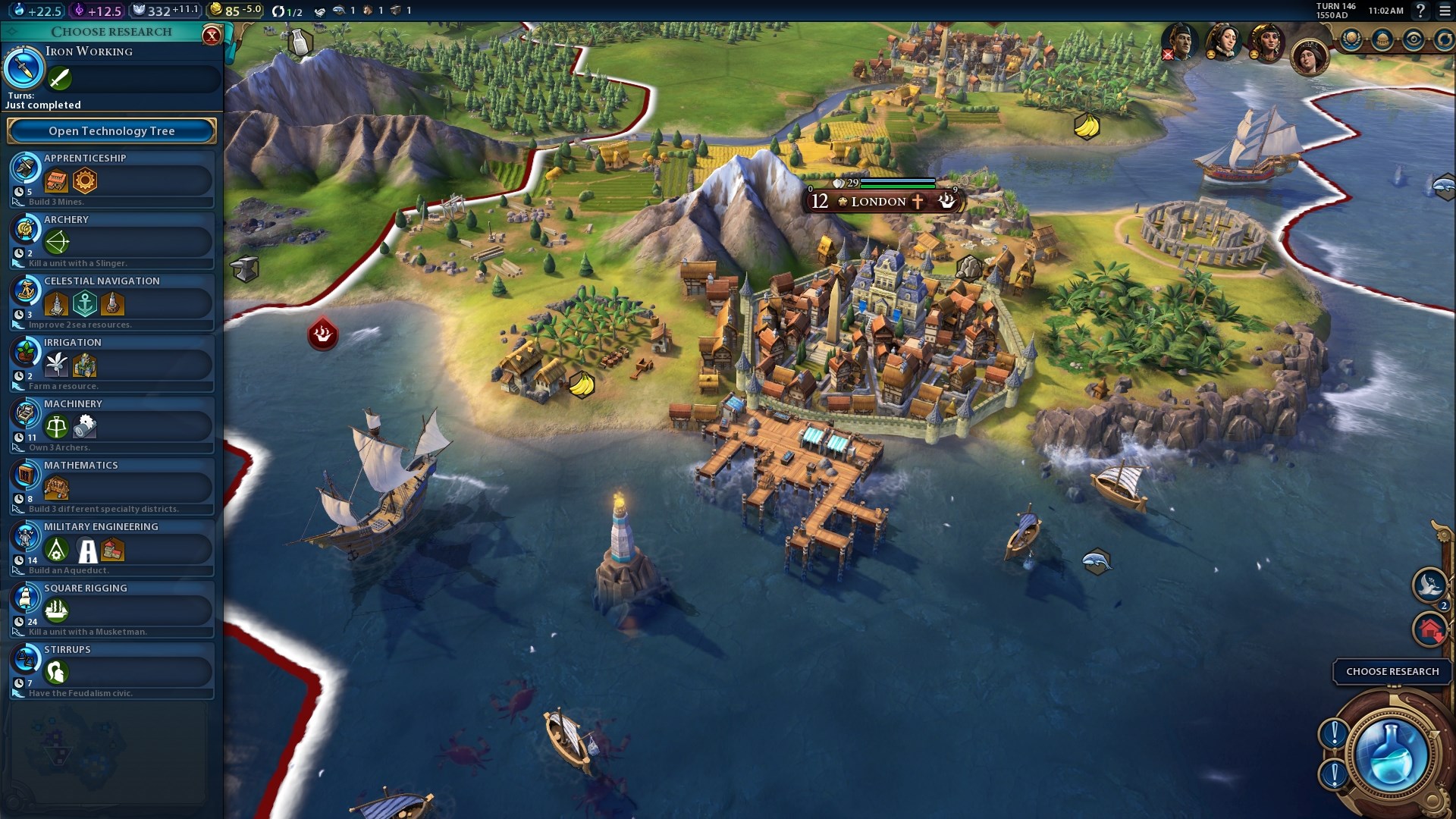 Description:
INCLUDES GAME, 6 KITS, 2 EXPANSION
Created by legendary game designer Sid Meier, Civilization is a turn-based strategy series in which you must build an empire that will stand the test of time. Explore new lands, research technology, defeat enemies and challenge the greatest rulers in human history to make your nation truly great. Civilization VI allows you to interact with the world in many new ways: now cities grow and gradually fill the space on the map; new opportunities are emerging through technological discoveries and the acquisition of cultural knowledge; rivals pursue their goals based on historical preferences and try to get ahead of you on a path to victory, which can be won in one of five ways.Sid ​​Meier´s Civilization VI: Platinum Edition is perfect for the first time PC players are introduced to the addictive gameplay that makes Civilization became one of the greatest games in history. Includes Sid Meier´s Civilization VI, six DLC packs, plus the Rise and Fall and Gathering Storm DLCs, and the Platinum Edition includes: Sid Meier´s Civilization VI
Civilization VI - Vikings Pack
Civilization VI - Poland Pack
Civilization VI - Australia Pack
Civilization VI - Persia and Macedonia Pack
Civilization VI - Nubia Pack
Civilization VI - Khmers and Indonesia Pack
Civilization VI: Rise and Fall expansion
Civilization VI: Gathering Storm Expansion
Features: THE GREATEST RULES IN HISTORY OF HUMANITY: Play as one of 45 rulers from different countries and eras. Build the richest trading empire with Cleopatra of Egypt, create invincible legions with the Roman Emperor Trajan, or lay the foundations of the greatest culture with the Japanese regent Hojo Tokimune. As each of the leaders, you can use your own tactics and strategies, but all overlords have unique abilities, units and buildings to facilitate the path to victory. GREAT EMPIRE: Your realm will stretch further than ever. Each city spans several tiles and you need to plan it to make the most of the surrounding area. ACTIVE RESEARCH: Look for power-ups that will help your civilization grow. This process can be accelerated by exploring white spots on the map, ennobling territories and discovering new cultures. DYNAMIC DIPLOMACY: As the game progresses, you will gain new opportunities to interact with other civilizations - from the inevitable conflicts at the beginning of human existence to alliances and difficult diplomatic negotiations. Sailing through the waves of time, your civilization will reach iconic historical moments that bring you closer to the dark or golden ages, which will bring you special challenges or rewards depending on your actions in the game. Rise in triumph after the dark age and your next golden age will be heroic. LOYALTY: Each city now has its own loyalty level. If it is too low, productivity drops in the city, riots start, and the city may even separate from you. Build loyalty in cities around the world and expand your territory by taking advantage of the challenges of other nations. GOVERNORS: Recruit, appoint and promote powerful characters with unique specialization and development opportunities to transform your cities and strengthen their loyalty. UNITED FORCES: we are rethought the concept of "one unit on one cell", and now you can strengthen your troops - for example, cover the infantry with anti-tank weapons or send a warrior to accompany the settlers. Units of the same type can be combined into corps. CRITICAL SITUATIONS: if one civilization becomes too powerful, others can make a pact against it and receive rewards or penalties when the emergency ends. CHRONOLOGY: view the history of your civilization at any time with the new "Timeline"