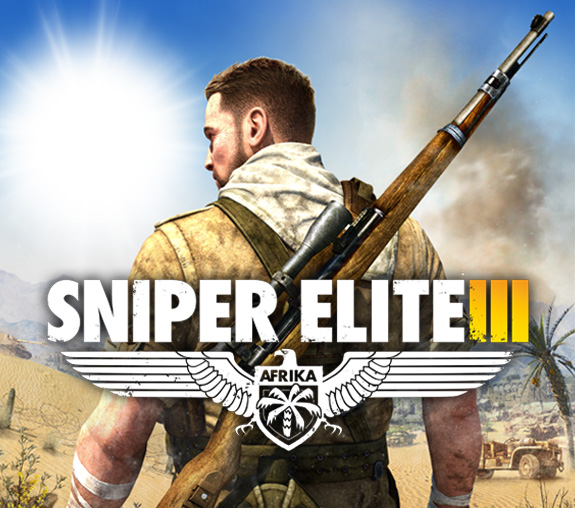 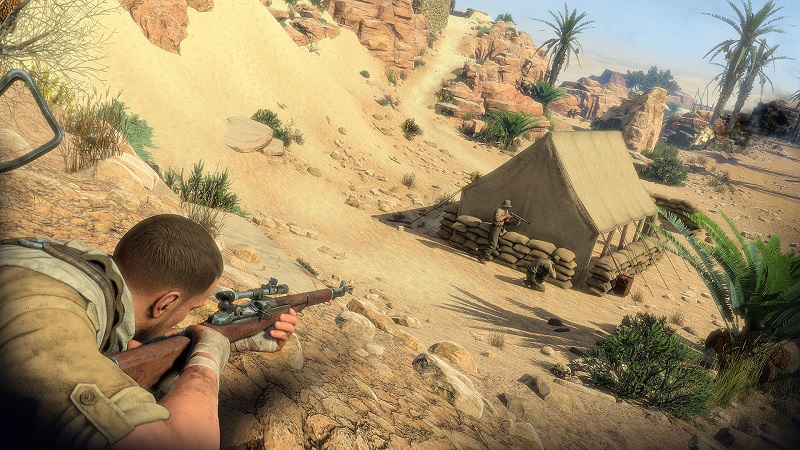 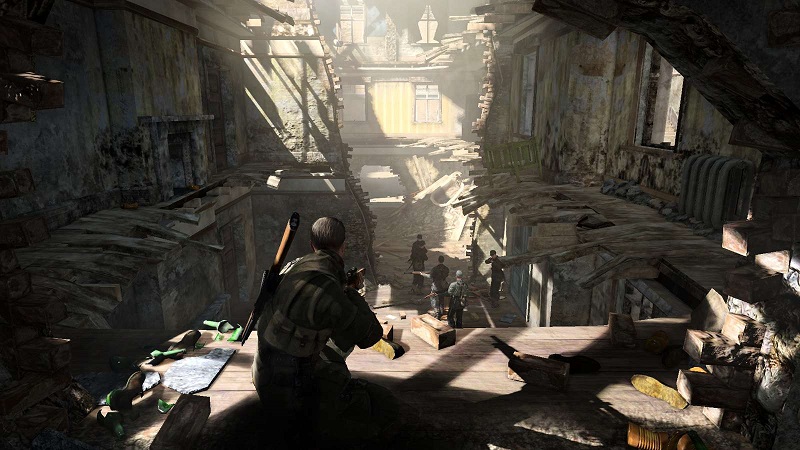 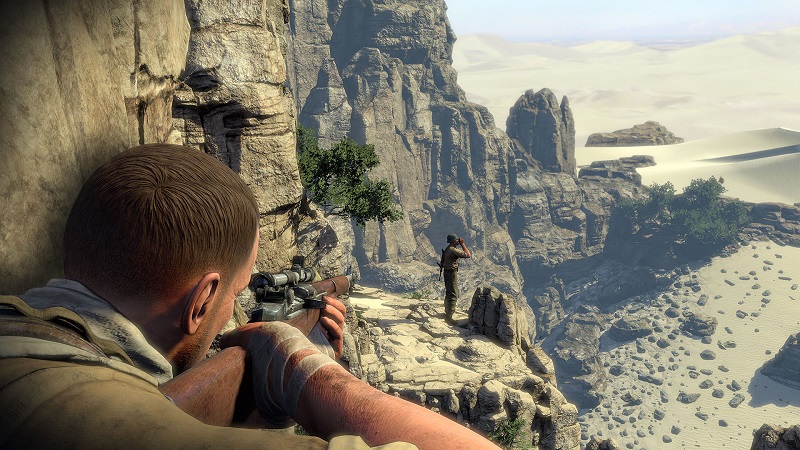 Uploaded: 22.02.2018
Content: Sniper Elite 3_117.txt 0,24 kB
Loyalty discount! If the total amount of your purchases from the seller GameCod more than:
If you want to know your discount rate, please provide your email:

In Sniper Elite 3 emphasis is put on providing the player freedom of choice. The game shows a large and varied world, which allows to use different tactics and playing styles. The action takes place in exotic and deadly North Africa during the Second World War. Special Agent USS Carl Fairbairn penetrate behind enemy lines, to using his skills of an experienced sniper to help the Allies fight the formidable German tanks "Tiger" in the Western Desert.
But the main concern of Karl - not famed Afrika Korps. Soon he learns about plans to create a «wunderwaffe» German - miracle weapon, capable to crush everything in its path and turn the entire course of the war.

Features:
- Watch. Plan. Kill. Adjusts. A variety of environmental conditions allow the player to choose how he will take this or that mission. Numerous non-linear lines going in both horizontal and vertical, allow to eliminate the enemy in various ways.
- Change the position. Sniper must always think about the ways of retreat. Explore the world to find or create a condition suitable for your style of play. There is a sniper position, a place for an ambush, alternative approaches, sound masking and various traps. Identify priorities when selecting targets to gain an advantage, hide in the shadows and in the dark, that you will not notice the soldiers enter and enemies into confusion, changing positions.
- The world. Battlefields in North Africa during World War II are quite diverse and very different from the European ones, allowing to fire a sniper rifle with a significantly greater distance. Play among the mountain ranges and vast plateaus, lively cities and small remote villages.
- Improved AI. Proper use information about your location and construction of the attack route - rebuilt AI system, with an emphasis on team actions and tactics, making soldiers of the Afrika Korps much smarter and more dangerous, but at the same time allowing the player to make more informed choices. With the support of various motor vehicles - from SUVs to tanks - Afrika Korps is a force with which you will have to be considered.
- Customize your character and weapons. Earn experience and get the title of both the single and multiplayer in the game to unlock more than 40 unique parts and assemble the perfect rifle, which is best suited for each mission and your playing style. Create individual sets of equipment and retain them for single and multiplayer games.
- Improved bullet camera. Now shows more detail, including the circulatory system and muscle.