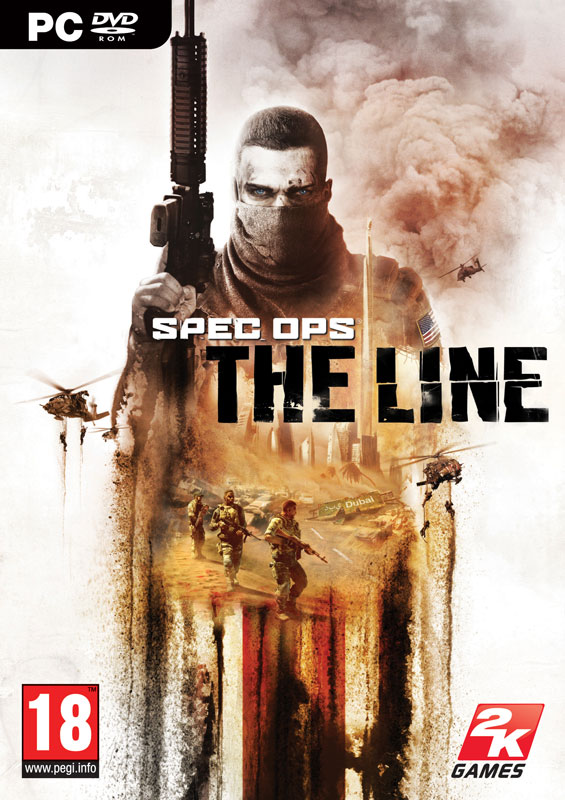 Uploaded: 13.11.2016
Content: text 56 symbols
Loyalty discount! If the total amount of your purchases from the seller GameMarket more than:
If you want to know your discount rate, please provide your email:

Spec Ops: The Line - an unusual cinematic third-person shooter that will cause players to enter into a confrontation not only with real opponents, but even with their own principles. Get ready to be in a world where there is no place the concept of "morality" and at every step we have to choose - who lives and who dies.

Dubai has been wiped off the face of the Earth horrifying cataclysm. The unprecedented dust storm turned the once magnificent city in ruins. And now you in the role of captain of Delta Force detachment Martin Walker will go on the hostile territory to find and return home of Colonel John Konrad.

Features:
• History of Martin Walker repeatedly make you make a choice between "right" and "necessary".
• Arena for the special operation will be the ruins of Dubai - the city, once drowning in luxury and known as the most gorgeous places on earth. At every step there is mixed with the splendor of the destruction, and inside the preserved buildings of Fine lurks death.
• An important factor in the battles of Spec Ops. The Line serves the sand. Accurate shot can often radically change the course of battle. Sands like living in Dubai - this uncontrollable and unpredictable force can both help and turn against you.
• Even in the most heated skirmishes will always be close companions managed by artificial intelligence.
• An exciting storyline campaign complement a variety of network modes, among which there are versions of classic and unique modifications associated with the development of the main plot. You can choose one of the two parties to the conflict, to personalize your character and personally customize it to fit your own style of play.

Activation of the game:

1. You need to download and install Steam http://store.steampowered.com/ (if not already installed)
2. Register your new account on Steam or go to an existing one.
3. Go to the "My Games" and select "Activate via Steam", enter the key.
Game 4 after activation appears in the list of games and you can download it through Steam.
5. Enjoy the game.