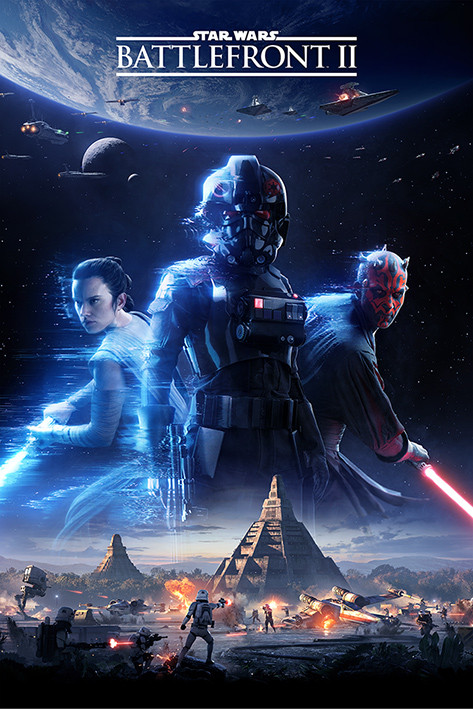 Uploaded: 06.03.2020
Content: text 37 symbols
Loyalty discount! If the total amount of your purchases from the seller Peaky_Blinders more than:
If you want to know your discount rate, please provide your email:

The second part of the game received a full storyline campaign that focuses around the "forces of evil" - the Galactic Empire and its fate after the destruction of the second Death Star by the rebels. The main character is a girl Eden - a fighter of the elite special forces of the Empire "Inferno". She will have to avenge the death of Emperor Palpatine.

In multiplayer, the sequel covers all eras of the Star Wars film universe: the classic trilogy, prequels, as well as new films under the direction of Disney. For example, players will be able to fight on Naboo in the era of the Clone Wars and take control of the Trade Federation droids. In addition, in the sequel will be available a much larger number of heroes and villains of the saga, including Darth Maul, Master Yoda, Ray, Kylo Ren and others.

In multiplayer, the fighter classes also return and the system of respawn equipment changes completely: earning points during a multiplayer match, you can then spend them on gaining access to the equipment or to the heroes.