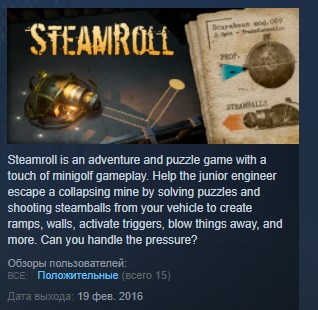 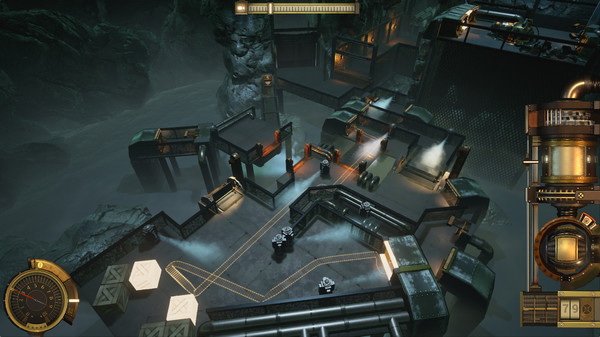 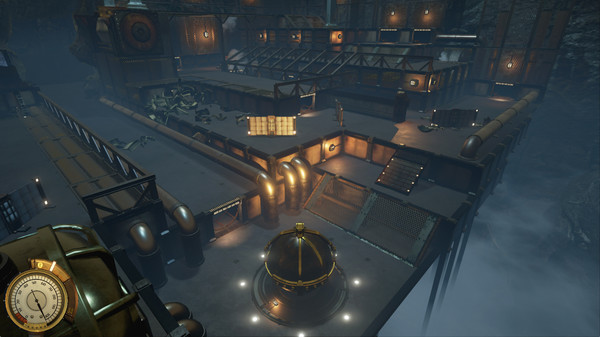 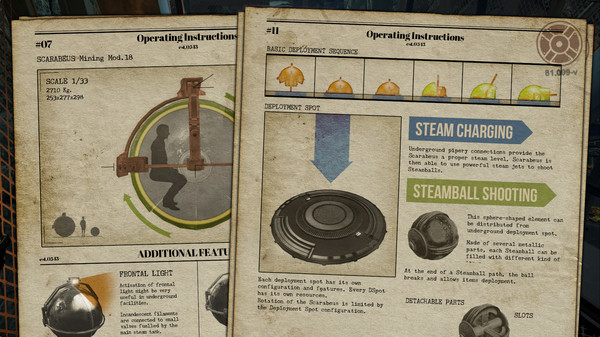 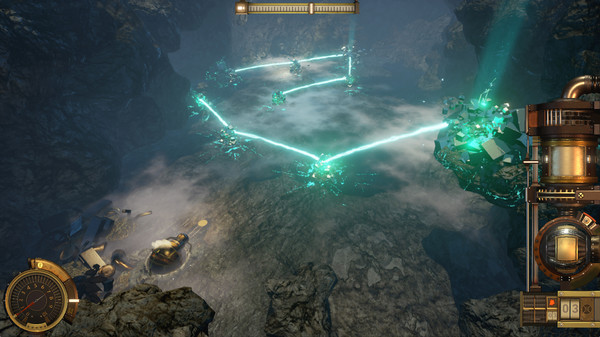 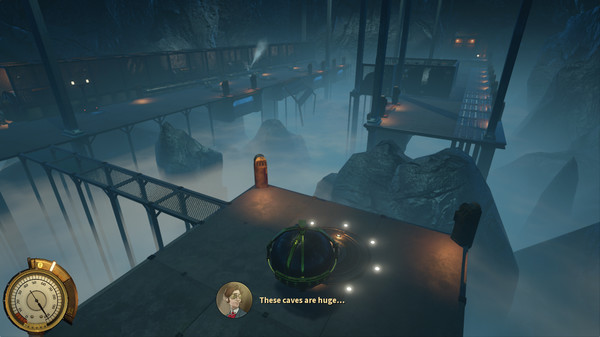 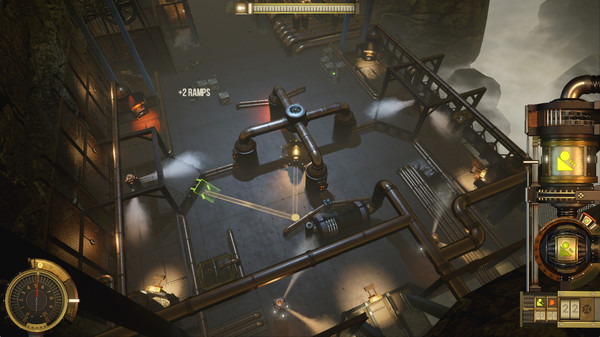 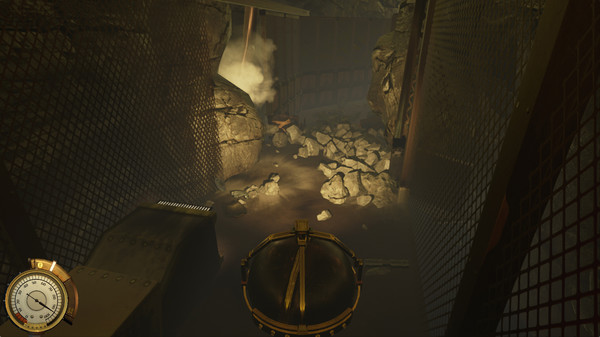 Steamroll is an adventure and puzzle game with a touch of minigolf. It creates a steampunk atmosphere where you will have to solve puzzles by designing and shooting steamballs from your vehicle to create ramps, walls, activate triggers, blow things away, and more.

In Steamroll you are a young engineer in his first day of work and take control of the Scarabeus, the greatest new steam-fuelled vehicle invention, while you try to survive in a crumbling mine and look for a way out.
The Scarabeus
Half beetle, half armadillo, this amazing rolling vehicle can transform and deploy itself into certain bases. This allows you to fill the steam tank and, most important, to shoot steamballs.

In its shooting form, the Scarabeus is connected to an underground resources tank. From there, you´ll have to find out the best angle to solve the puzzles this mine proposes. Precision and calculus are needed to push buttons, activate switches and open doors.

Steamballs
These small spheric devices can be shot in several angles and intensity. You´ll have to be careful using them, you´ll have a limited amount of resources in each deployment base. Steamballs can be filled with latest technology inventions, which will deploy after the steamball is shot.

Walls will allow you to create surfaces in which steamballs will bounce.

Explosives might be very useful to get rid of garbage and obstacles.

Placed correctly, a ramp is the best way to reach higher places.

Explore this dark steampunk adventure and meet some weird characters in your great and dangerous escape. Use your skills wisely and remember that patience is a virtue.