Stronghold Crusader 2: The Princess and The Pig (DLC) 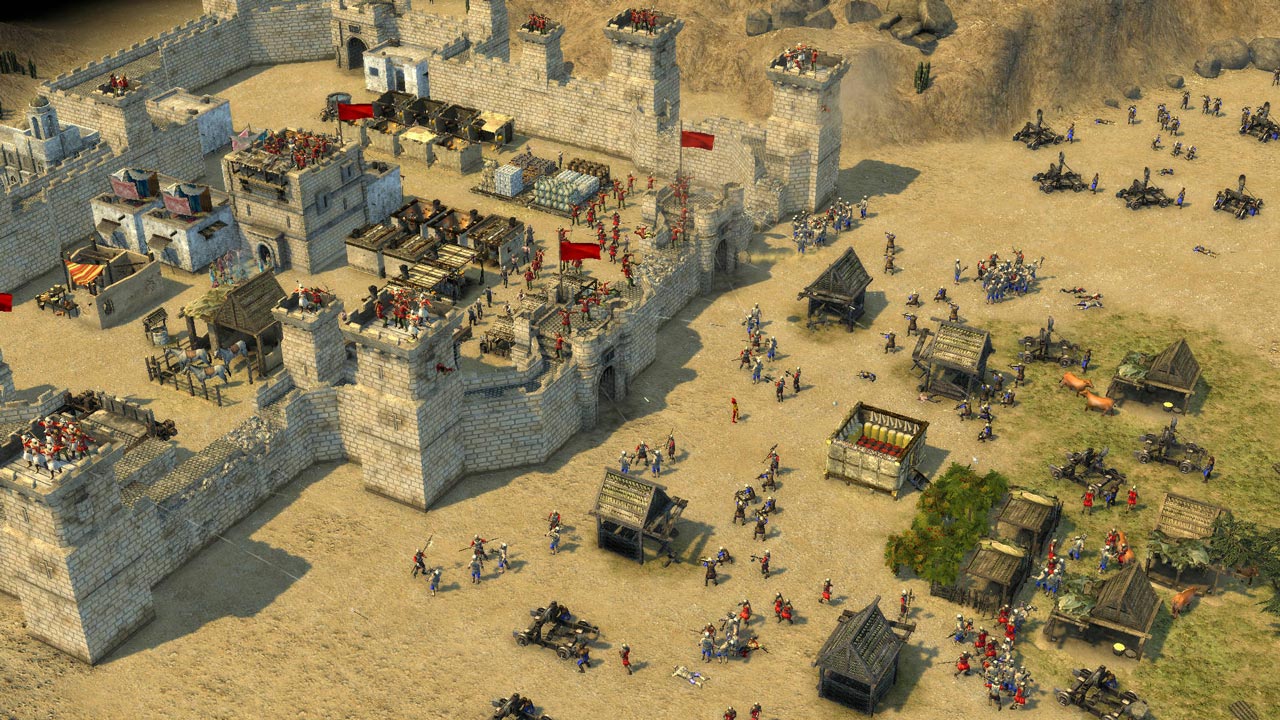 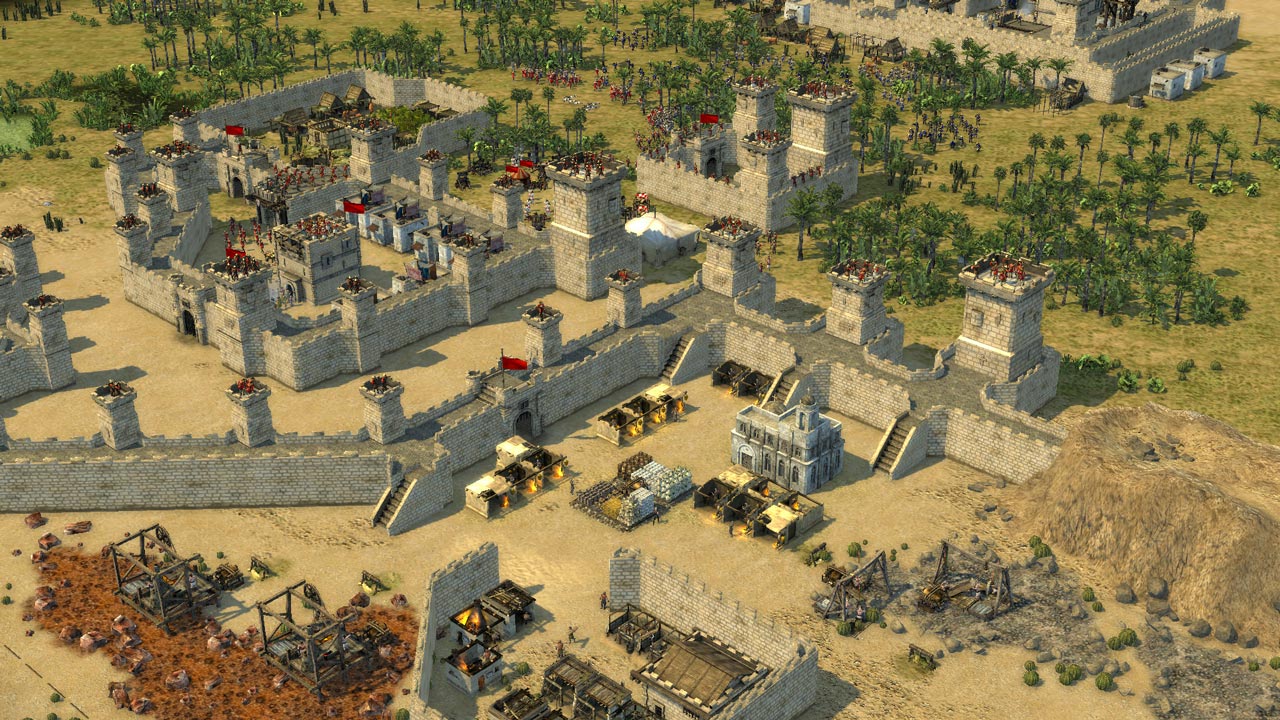 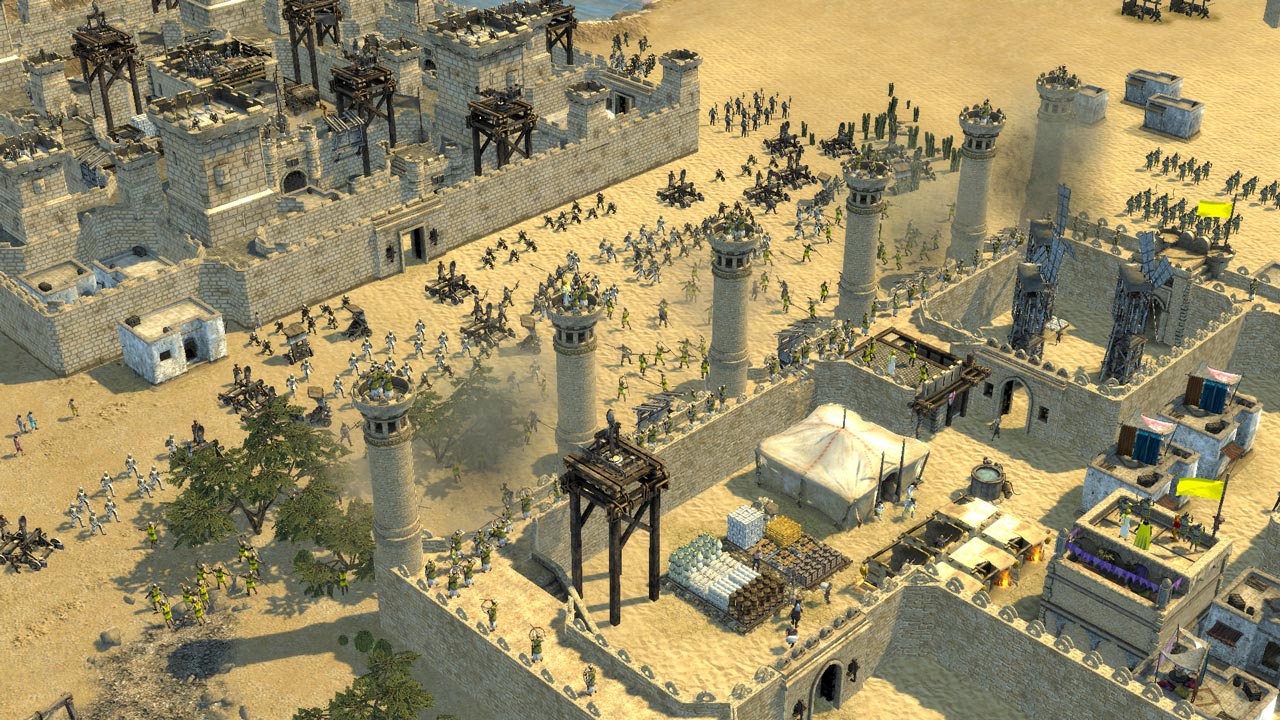 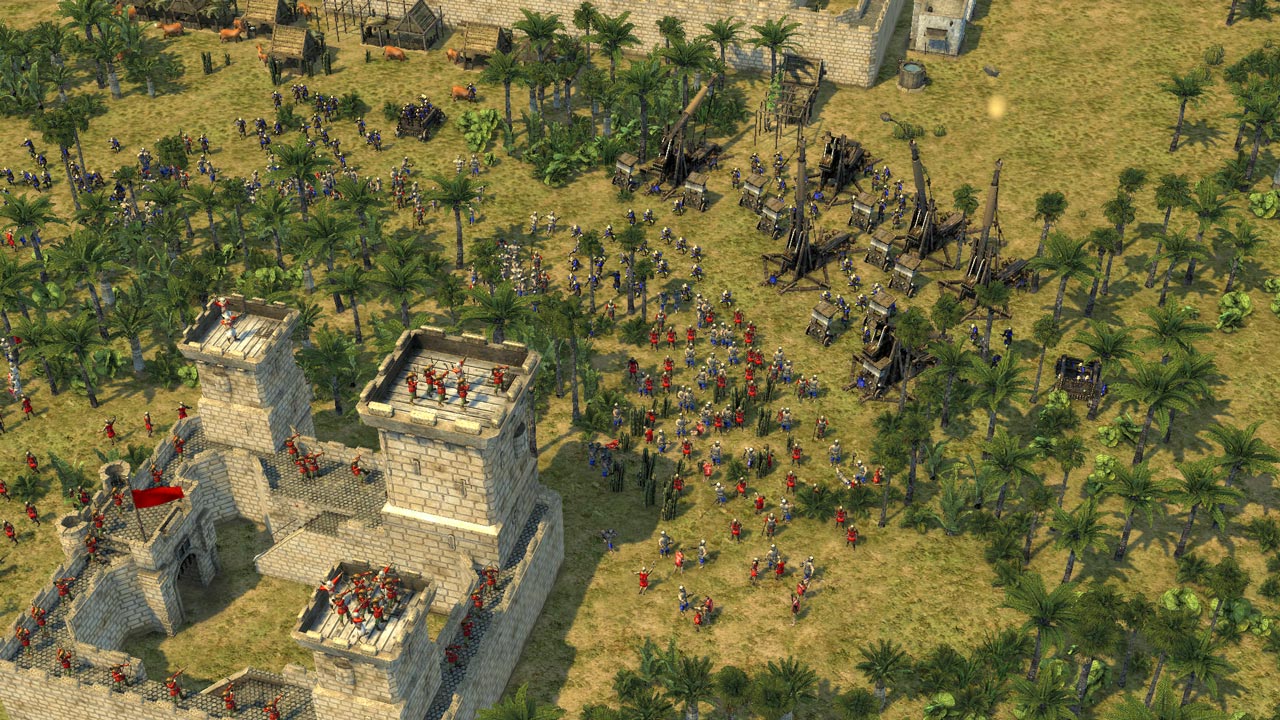 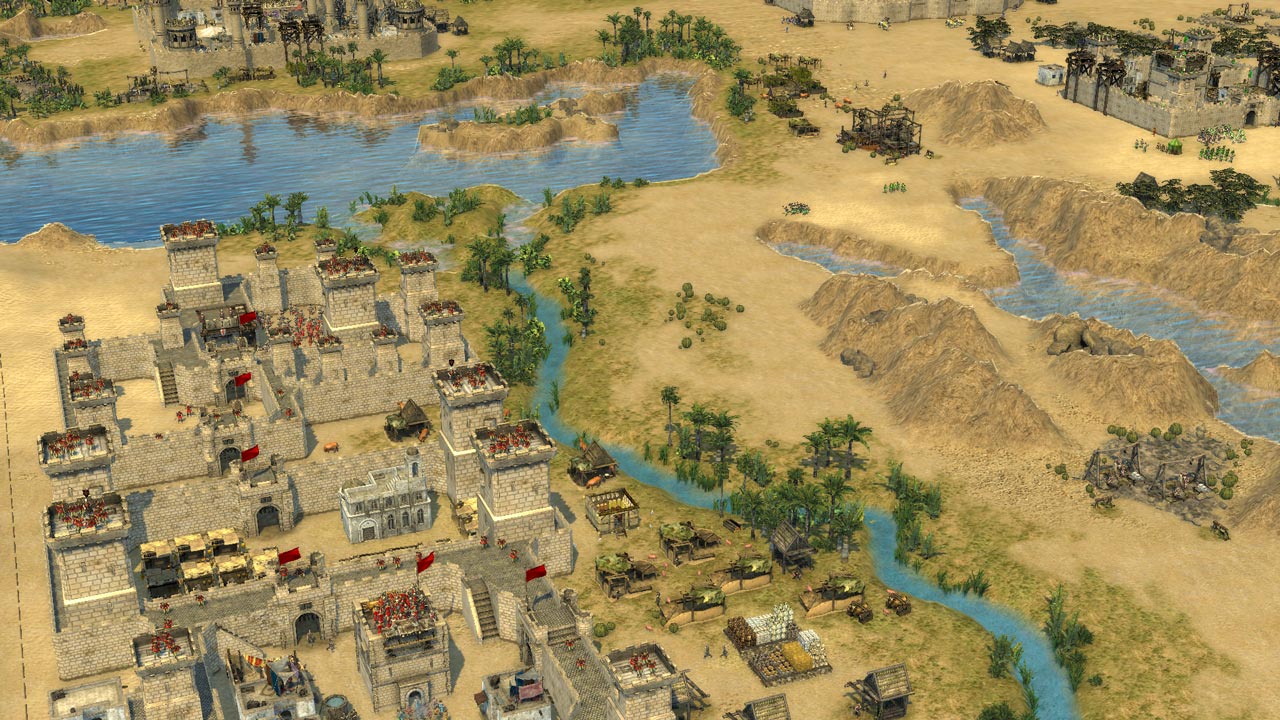 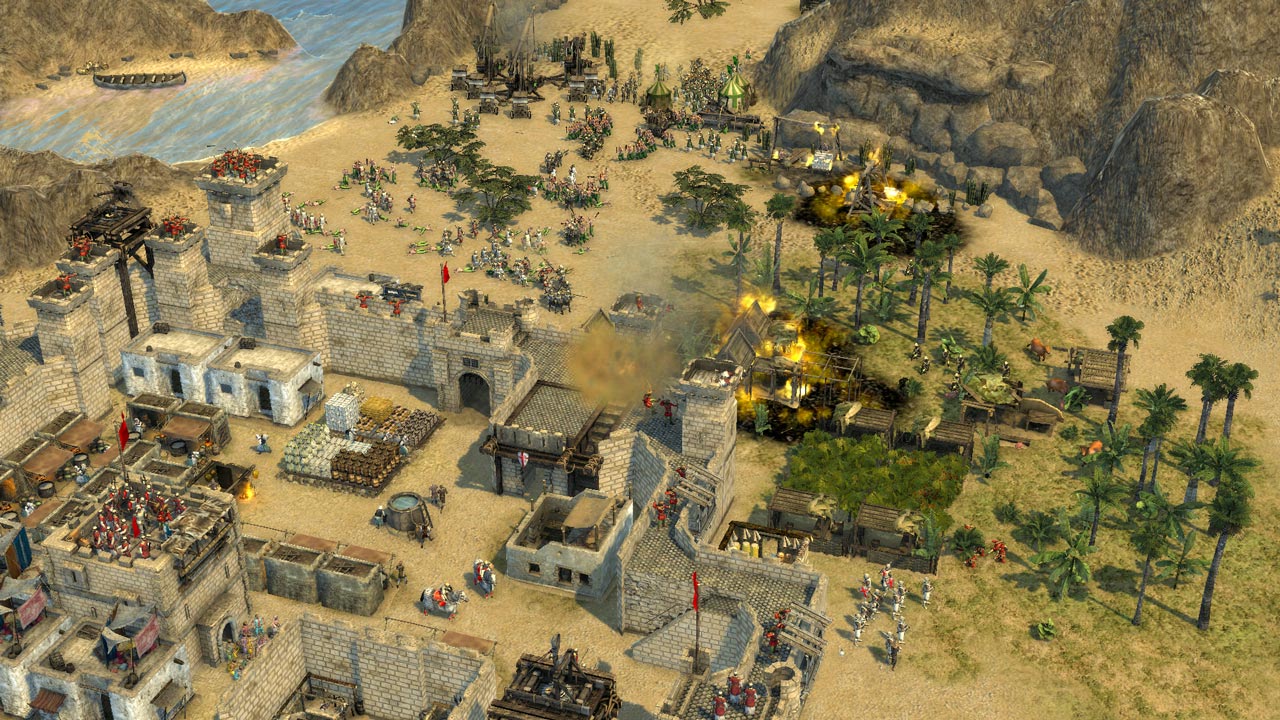 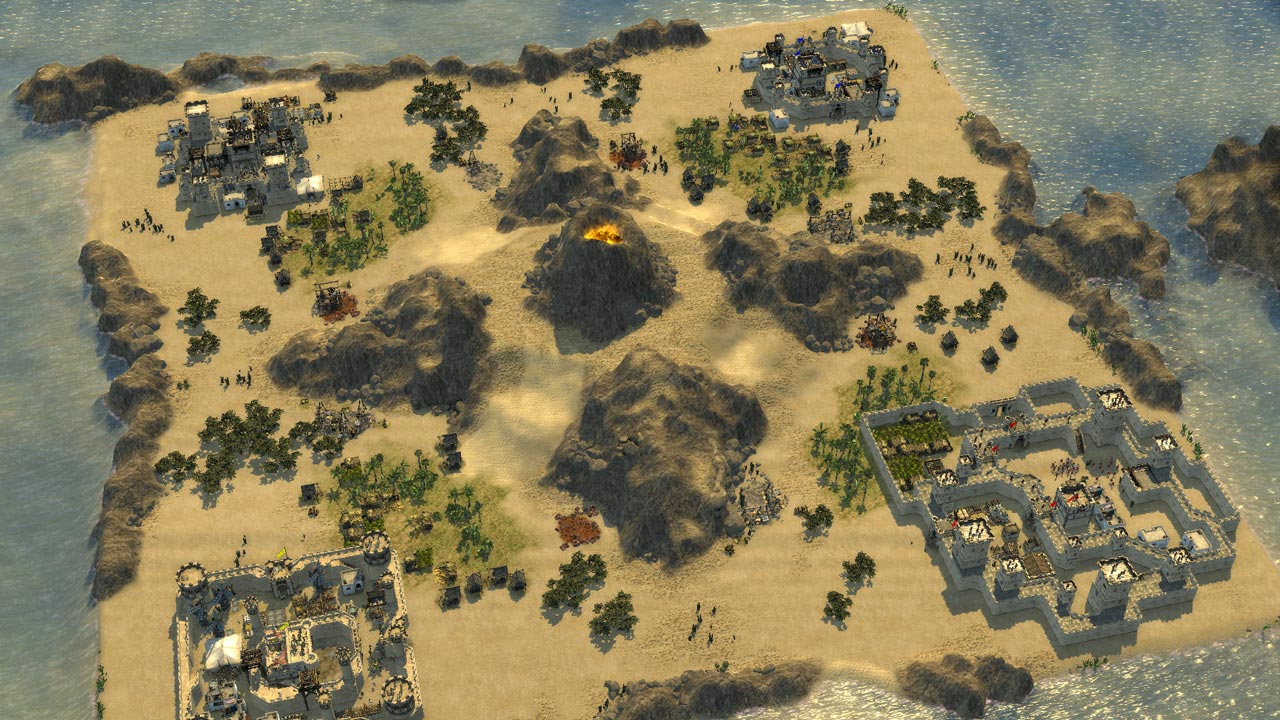 Attention! This content requires the base game Stronghold Crusader 2 on Steam in order to play.

=========================================
Blow a horn, beat a drum - The boar is back! DLC Princess and Boar revives one of the central antagonists of the original Stronghold (2001) in the new Battle Challenge, which also includes a completely new character - the noble Princess. The Princess and the Boar, being the first part of additional content for Stronghold Crusader 2, adds seven new missions, two AI opponents, 10 achievements and all previous updates and improvements that have been released since the release of the game.

New participants join the Battle of Jerusalem! The princess and Kaba landed in the Holy Land, bringing with them swords, spears, clubs and other weapons that will help them destroy the balance of power in the desert. Complete new Battle Challenges featuring seven challenging scenarios and three new maps. Old acquaintances such as the Wolf, Richard the Lionheart and Saladin will return, becoming even smarter and more dangerous than before. And although sometimes they will help you in the battle, no one will be able to restrain them in an incredibly difficult final scene.

Boar
From infancy starved by his own father, Boar left home early to join a group of bandits who lived in the English outback. Having proved his worth in a series of robberies, the Wild Boar quickly came to power in his group and began to receive the most valuable trophies obtained. Soon he began to overeat and turned into a huge fat man, who used his size to intimidate enemies. Despite the dubious past of the Boar, the Wolf gave him the duchy, making him a faithful vassal on the battlefield. And although they often work in a team, the Boar is no less afraid of the Wolf than his own father.

Princess
While Boar was brought up by bandits robbing nobles in the countryside of England, the Princess was born with privileges. Her position in the hierarchy means that the Princess needs to confirm her valor on the battlefield. The upbringing in the higher community, fortunately, left the Princess with a feeling of reliability and self-confidence that the other Lords and Lady so lacked. After fighting for her place and influence in the royal court, the Princess must demonstrate her virtues as a commander. This desire makes her the same fearless and proud commander that men who inherit her throne are.

• New Battle Challenge - Get to know yourself in seven single-player missions of the new Battle Challenge ‘Princess and Boar’
• New AI opponents –Two new AI Lords added to Battle Challenges, Multiplayer, and Battle Mode
• Boar - Returning from the original Stronghold, Boar is a fierce and ruthless fighter besieging castles with fast-moving units
• Princess - A new character in the series, the Princess uses power and wealth to gain a numerical advantage over the player
• Additional Achievements - Become High Strategist with Ten New Steam Achievements
• New Coats of Arms - Decorate your game shields with unique crest details that inspire fear in the hearts of your enemies

Related to item "Stronghold Crusader 2: The Princess and The Pig (DLC)":

Stronghold Crusader 2: The Jackal and The Khan (DLC)