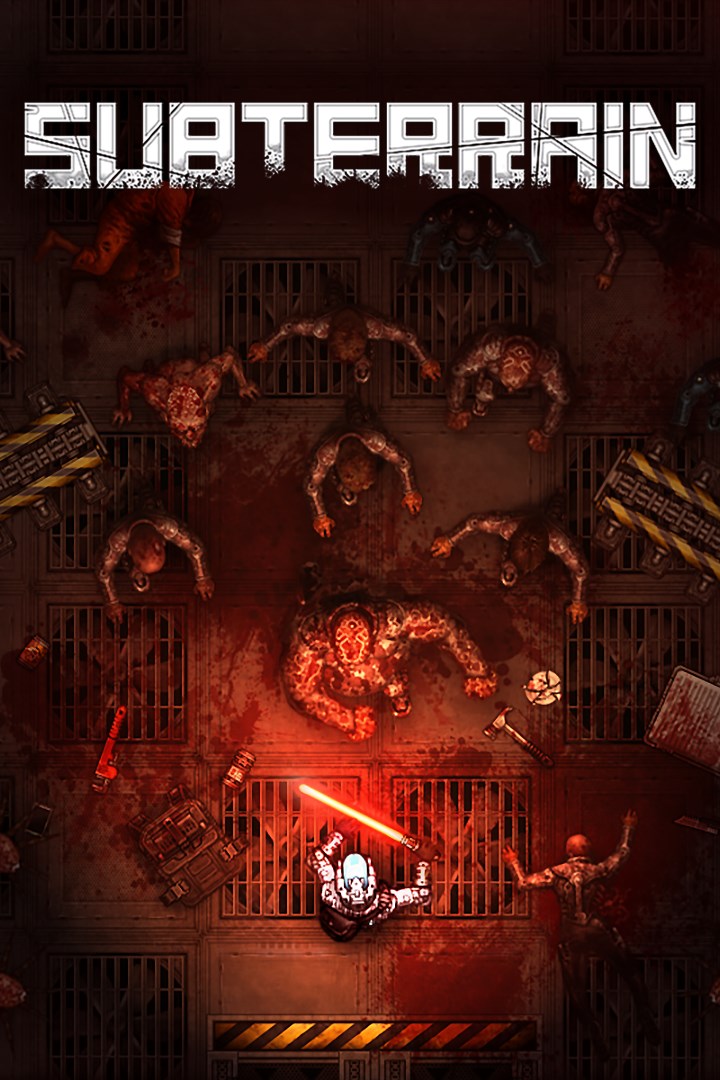 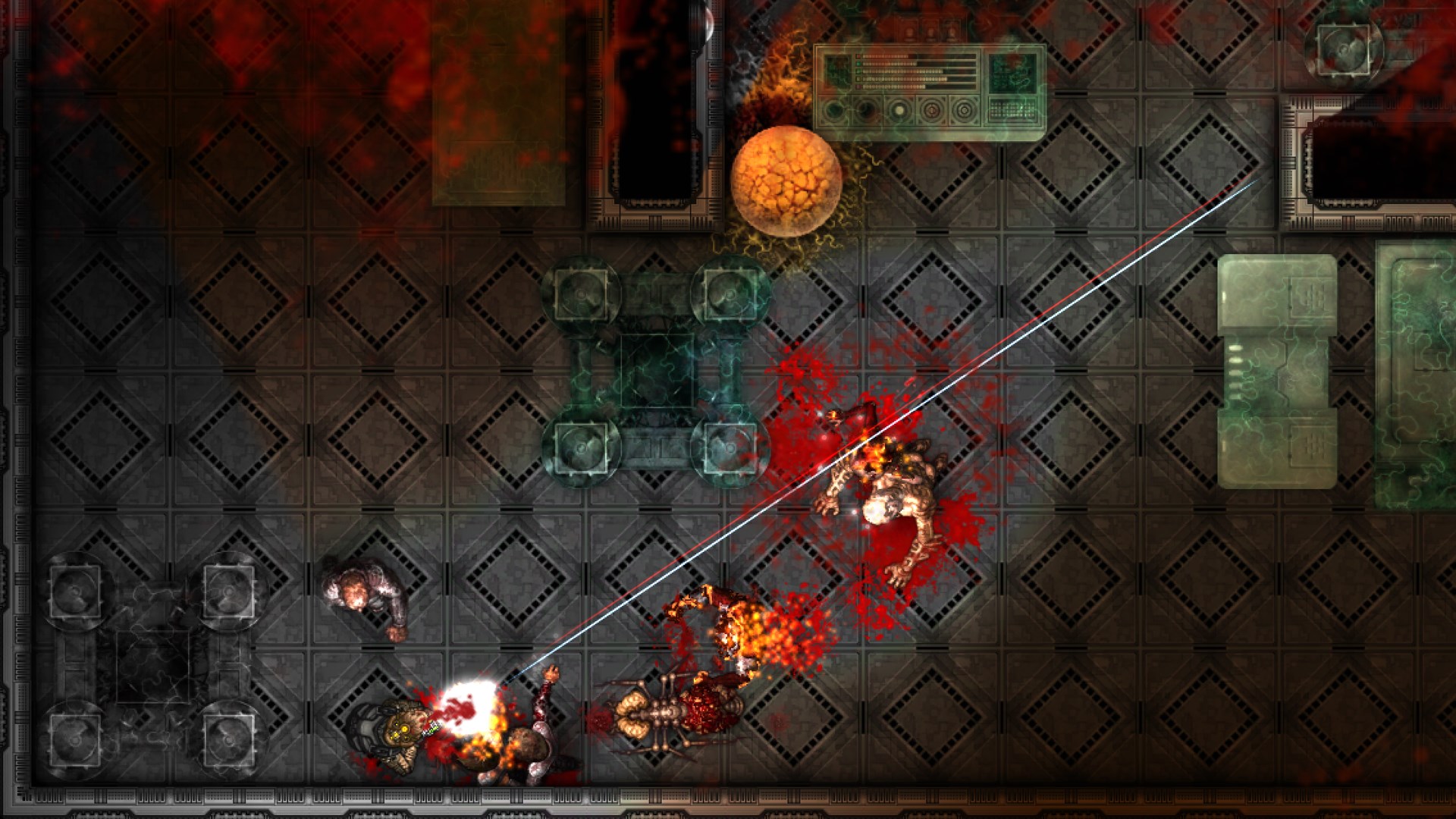 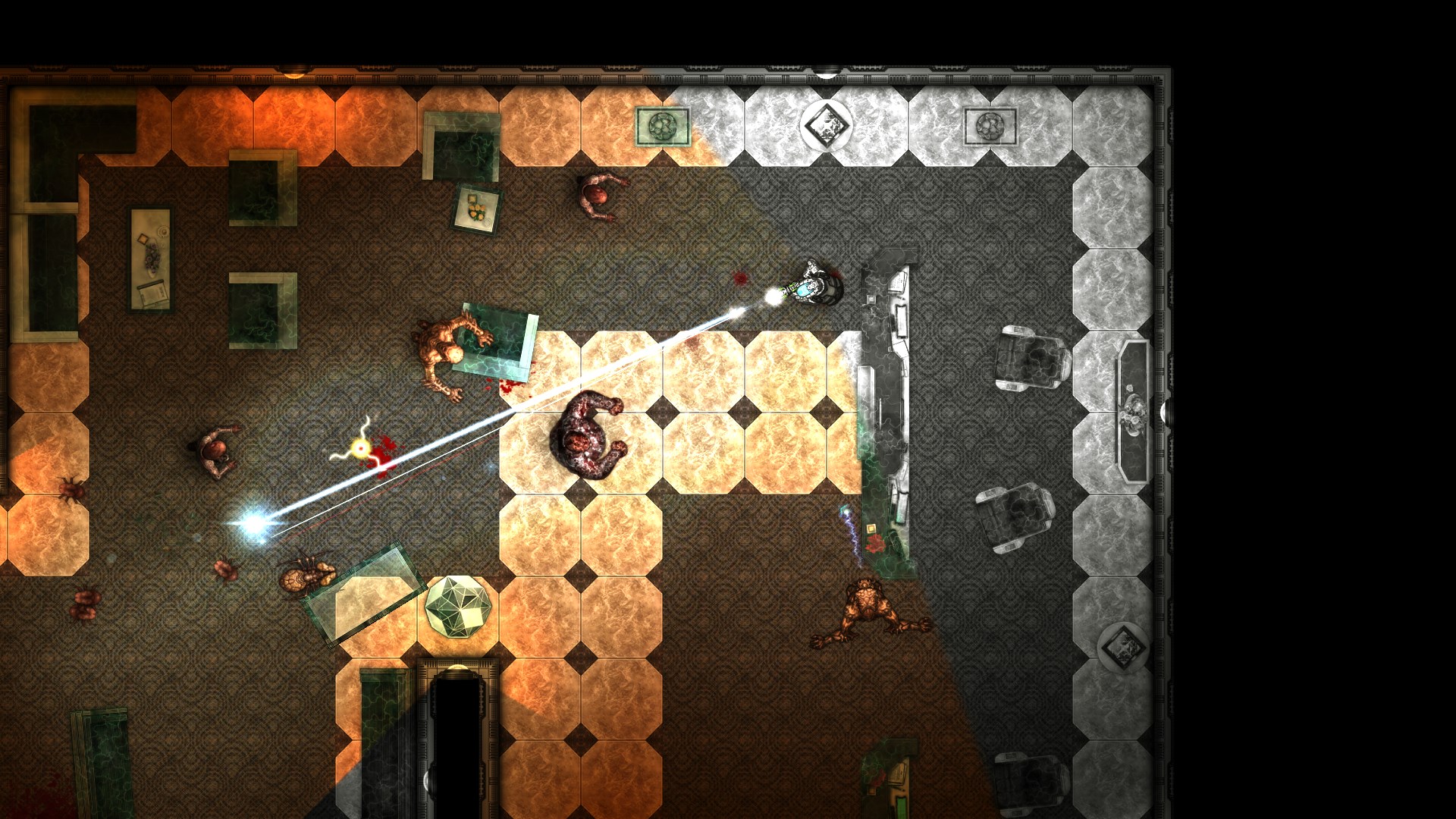 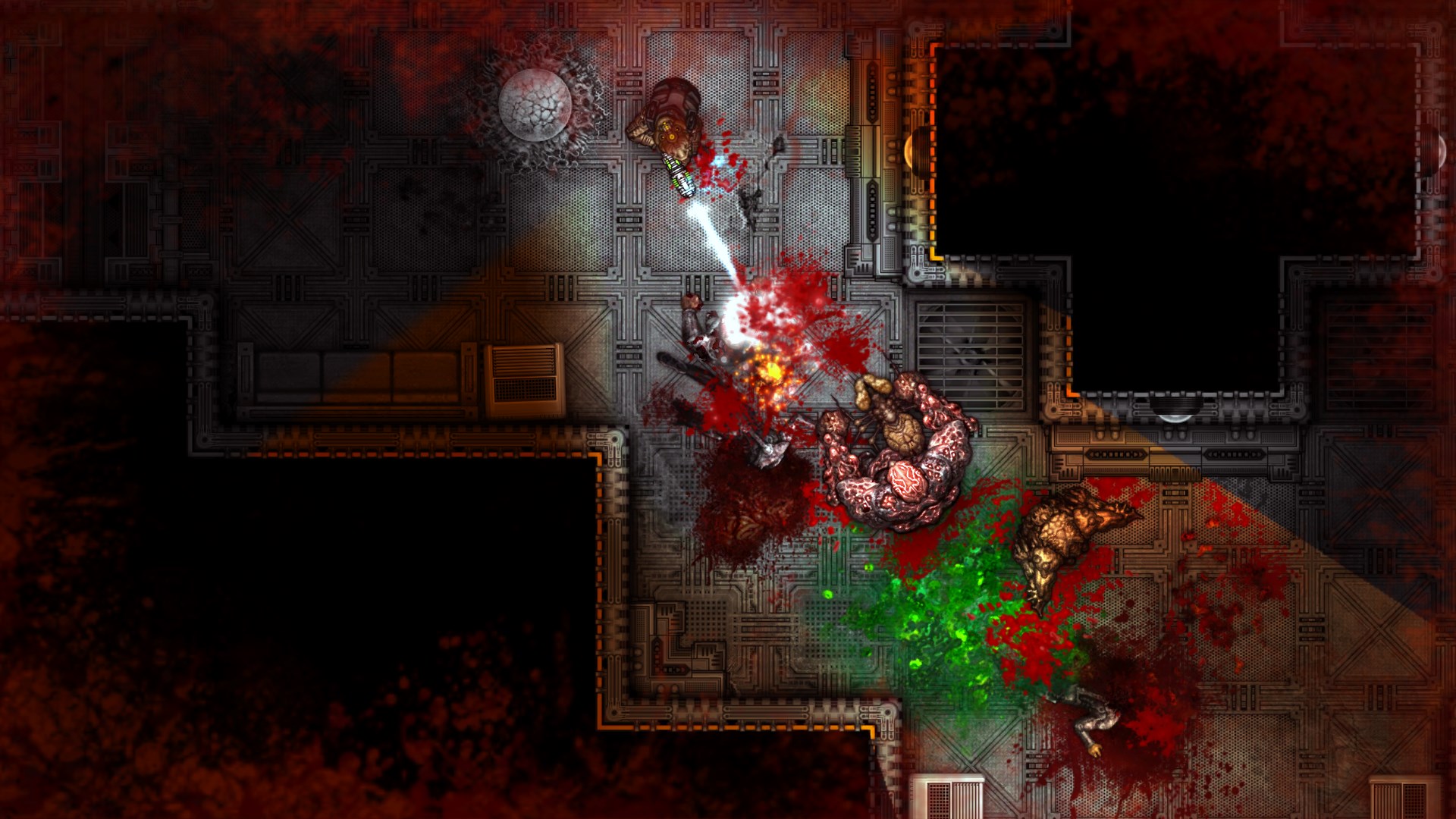 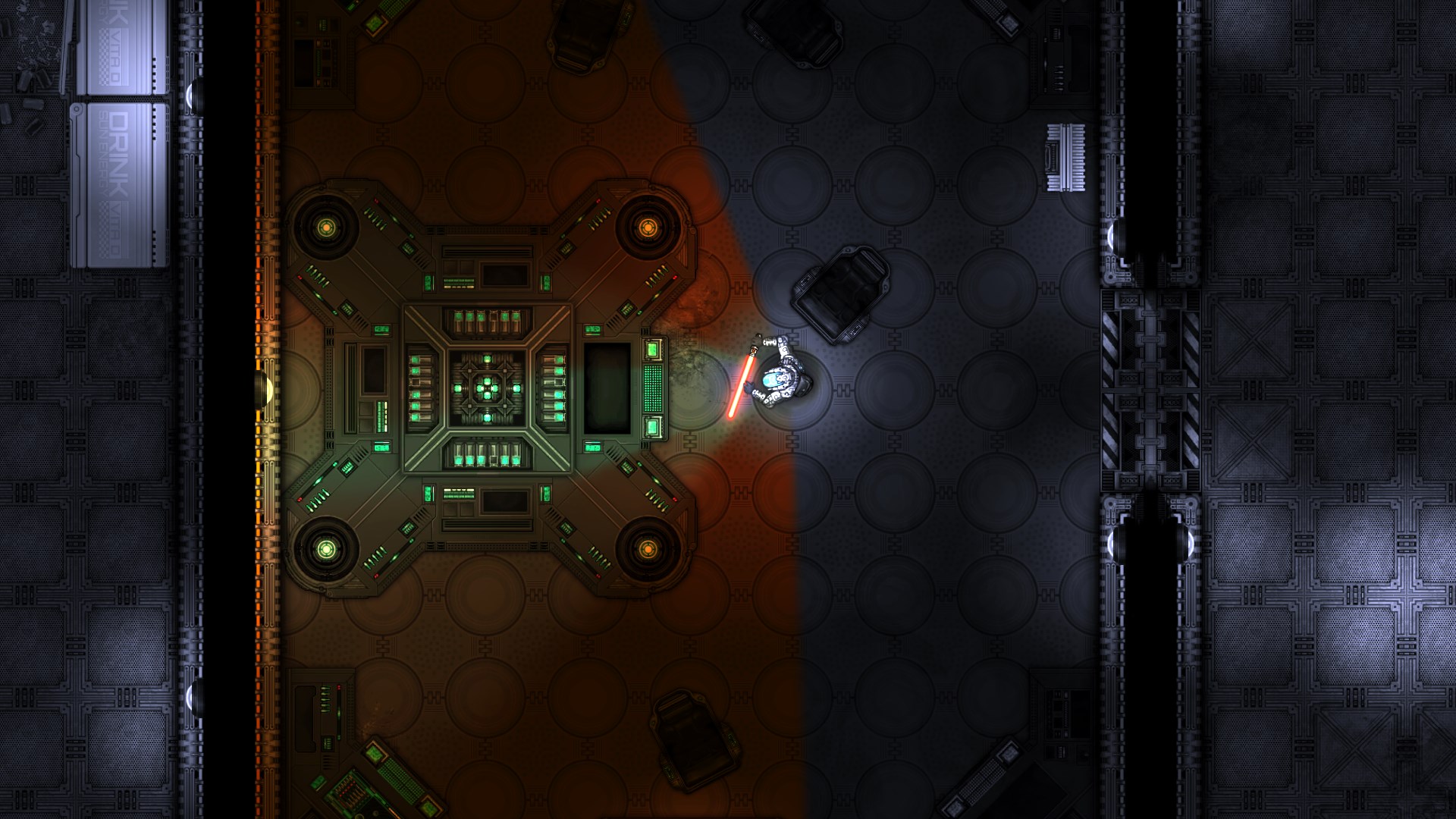 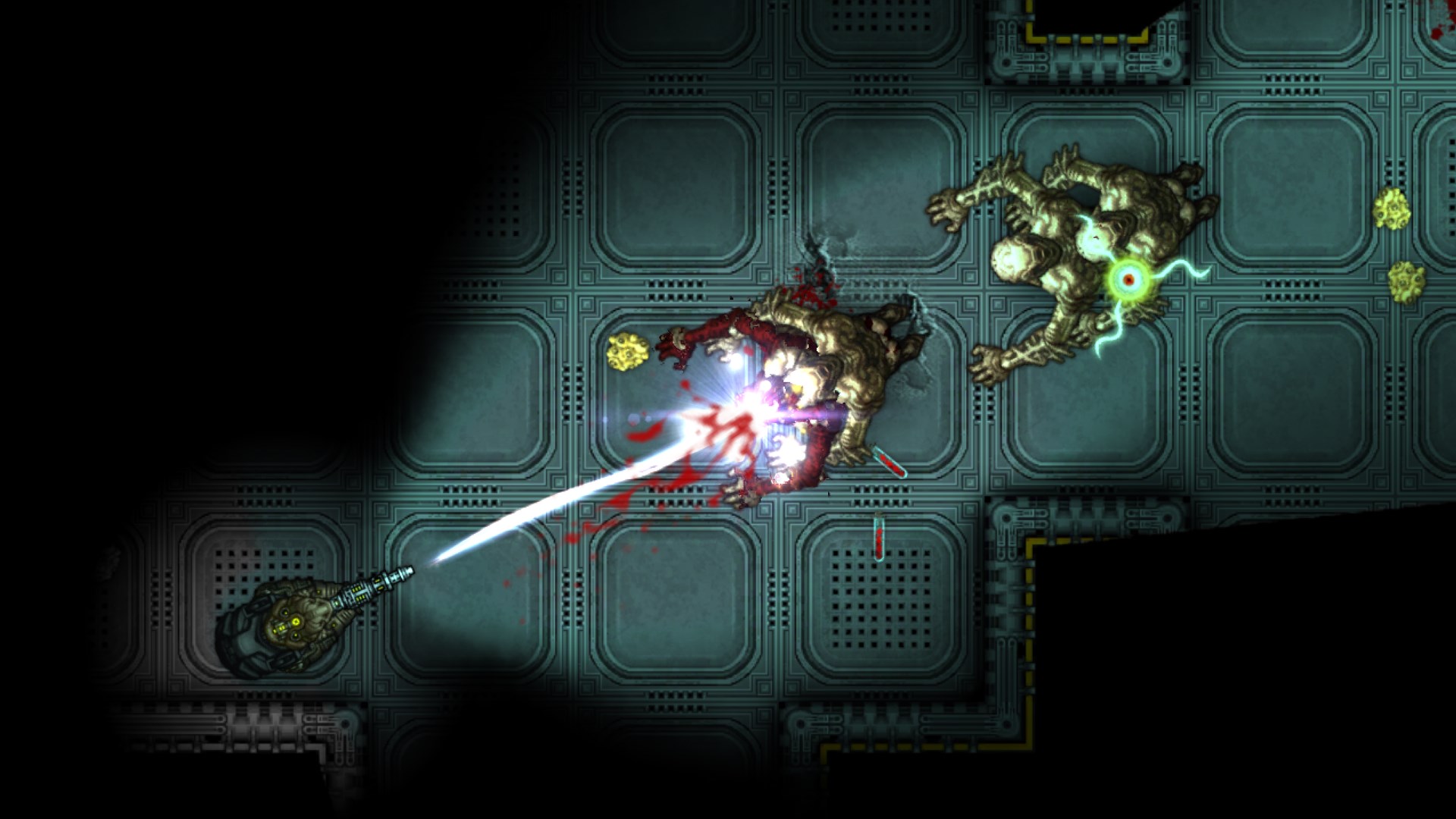 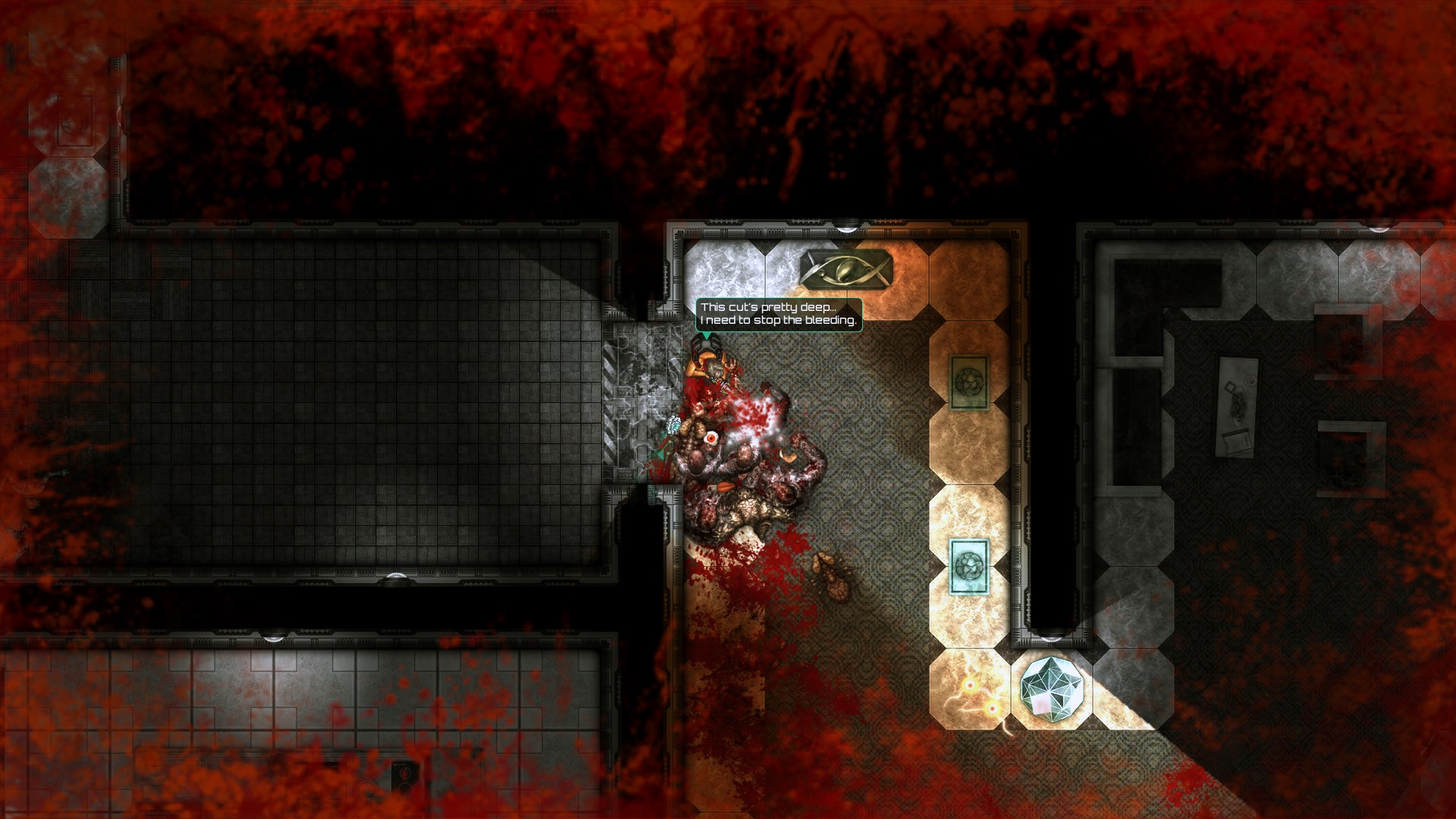 In Subterrain, you fill the shoes of Dr. West, the apparent lone survivor of MPO, an underground city on Mars. Do what you must to survive: battle enemies, fight hunger and thirst, mend your wounds, and gather resources in a constant struggle to survive the catastrophe that’s beset Mars!

You may end up being your own worst enemy if you’re careless!

Every decision you make is critical as the world does not wait for you.

- Struggle against your own bodily urges, such as thirst, hunger, exhaustion, and more!
- Beware of injuries, including bone fractures and blood loss!
- Scavenge or perform research to obtain medical supplies!
- Manage your oxygen and thermal levels while exploring!

- Fight the horrors of Mars with melee and ranged weapons!
- Customize your ranged weapons using modular parts!
- Struggle against the persistence of time! Race against the spread of the infection!
- Enemies will evolve over time from cocoons to monstrosities!
- Defend your generator against invasions!

- Collect and scavenge junk and creature parts to break down into components!
- Produce armor, guns, grenades and upgrades using 3D printers!
- Craft performance enhancers, survival gear, and more with the Bio Combiner!
- Harvest plants and ores using the biosphere and mine. Refine them to create materials!
- Research items to create more powerful versions! Create your own light-saber or power armor!

By 2050, humanity has finally colonized Mars thanks to the efforts of one man, Jeff Murray. To avoid Mars’ high radiation levels and inhospitable temperature changes, he built a city underground. This city was named Mars MPO. Free of the constraints that often plagued businesses and researchers on Earth, scientists and entrepreneurs flocked to MPO.

Recently, Dr. Albert West has migrated to MPO at the personal invitation of Mr. Murray. West has been working on a cure for Alzheimer´s disease in a race to save his wife, Jennifer, from dementia. His efforts are cut short; a lab accident leads to an accusation of murder and a prompt prison sentence.

We join Dr. West a little over a year into his prison sentence. It’s been a week since the guards mysteriously vanished. Dr. West is about to find out why.

🔑After payment, you will automatically receive a licensed digital key for the activation of Subterrain on the Xbox One | SERIES X | S
You will be able to download the game at any time, with all languages ​​available for it.
The game is forever tied to your XBOX profile, no restrictions on use!
Digital key is region free, mobile internet or VPN (Argentina) may be needed for activation.

👍Please do not forget to leave a review (the review tab is available after the payment), beacuse this is very im