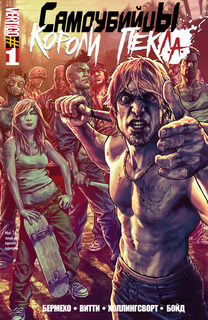 Sold: 0 Uploaded: 12.07.2019
Content: text 197 symbols
Loyalty discount! If the total amount of your purchases from the seller Kinolenta more than:
If you want to know your discount rate, please provide your email:

Kinolenta information about the seller and his items
onlineAsk a question

After the Great Earthquake, an entire generation has grown up, and people like Trix and her brother johnny don´t know what life is like before the fall of new York. Suffice it to say that they have learned to get along within the walls of the city and with their neighbors. Johnny is the leader Of the kings of Hell, a street gang ready to defend their territory from all who encroached on it, although in the case of the former suicide Coyote, perhaps he should not have gone so far.

After payment you will immediately be given a link to "Yandex Disk" with this comic book for download. The program to run the comic is in the archive with the comic.