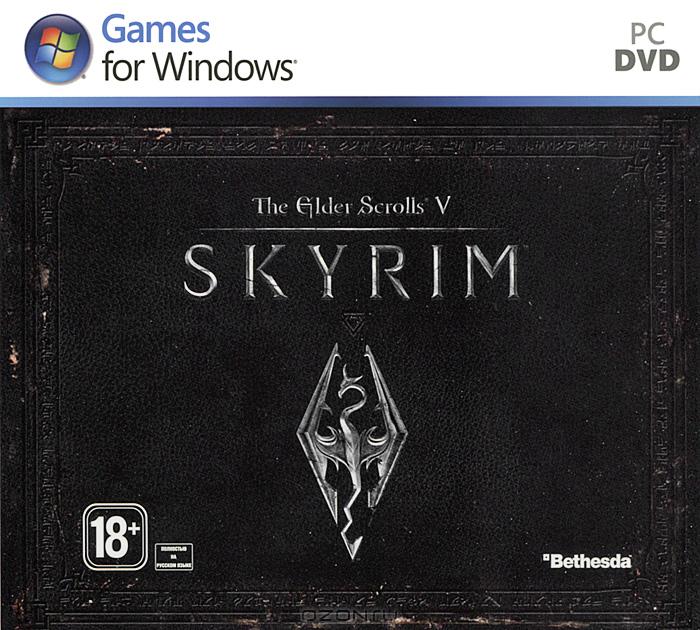 After the assassination of the King of Skyrim Empire was on the verge of disaster. Around the pretenders to the throne rallied new alliances, and conflict broke out. Moreover, as predicted by the Elder Scrolls, ancient evil is awakened - have returned to the world of brutal and merciless dragons.

Now the future of Skyrim, and the whole empire will depend on the Dragonborn - the man in whose veins flows the blood of legendary creatures. Only the hero, using the power given him Voters will be able to confront the dragons. And that you have to play its role and determine the fate of Tamriel!

• Create a unique character and do in the wizarding world everything you want. Skyrim incorporated all the features of proprietary series The Elder Scrolls: freedom of choice, the ability to write the history of Tamriel and experience an unforgettable adventure.
• A new game engine, which is created on the basis of Skyrim, allowed developers to create a holistic world in which there was a place and rocky mountains and bustling cities and fertile fields, and ancient dungeons.
• Choose what is right for you, hundreds of types of weapons, spells, and abilities.
• Fight the monsters that threaten the lands of Tamriel. Having played the role of Dragonborn, Learn the secrets of ancient heroes and finding peace of their power.
\u003cdelivery\u003e The original copy of the key, the license agreement and all copies of the software in the original
package you can get a convenient way for you. To do this, after the payment and receipt of the digital copy of the key,
please contact us by email or phone. Postage and packing, as well as courier services
you are paid separately. \u003c/delivery\u003e

By purchasing this product, you will receive a license key (cd key) The Elder Scrolls V: Skyrim on Steam.

NOTE: This is the official Russian version of the game. Before you make a purchase, think about it! Area of \u200b\u200bdistribution (activation) of goods - Russia and the CIS countries.
According to information from key customers operate in Latvia.

How to start to play The Elder Scrolls V: Skyrim:

• If the Steam client is not installed, download and install it.
• Log in to your Steam account, or register a new one if you have not already have it.
• Go to the "My Games" and there, select "Activate via Steam».
• Enter the activation key (to obtain it is necessary to buy The Elder Scrolls V: Skyrim).
• After that, the game will appear in the list, and you can download The Elder Scrolls V: Skyrim
At present you can choose two games from my store, you will get a list of on-demand, games will be selected
sent to you by e-mail, free delivery across Russia.