THE NIGHT OF THE RABBIT - STEAM - NEW DISK + GIFT 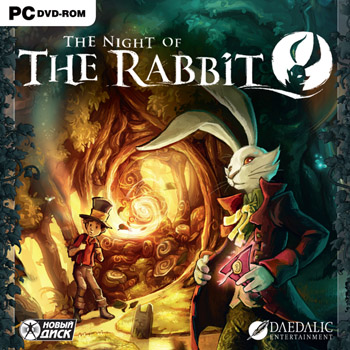 Sold: 0
Uploaded: 01.08.2013
Content: text 17 symbols
Loyalty discount! If the total amount of your purchases from the seller GameMarket more than:
If you want to know your discount rate, please provide your email:

This game tells the story of a boy named Jerry, who always wanted to be a magician. One day, a mysterious White Rabbit suffered Jerry magical Myshelese, where the boy was finally able to fulfill the dream. But his new home, too, needed help. There were enchanted tickets, because of which the people of the country are ready for everything! Inhabitants Myshelesya appealed for support to the young magician, and now it's Jerry - reveal the secret of magic, but at the same time to find out who is behind this.

You are going to draw an exciting adventure from the acknowledged masters of the genre - the studio Daedalic, created quests "Deponiya" and "The Missing Peace." Travel to the magical Myshelesyu, become a wizard and save the enchanted country. And most importantly, remember that everything is not as it may seem at first glance!

Related to item "THE NIGHT OF THE RABBIT - STEAM - NEW DISK + GIFT":