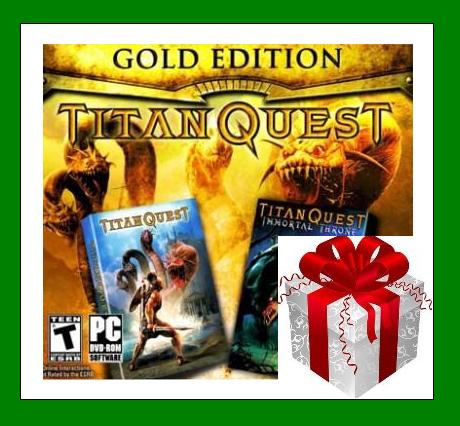 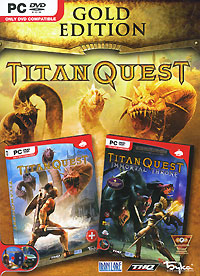 After payment you will instantly receive a license key to activate the game Titan Quest Anniversary Edition on Steam and enable all network functions in the game.


Attention: the game can only be activated on the territory of one of the following countries: Russia, China, Armenia, Azerbaijan, Belarus, Georgia, Kyrgyzstan, Kazakhstan, Republic of Moldova Moldova, Tajikistan, Turkmenistan, Ukraine and Uzbekistan.

Warning: game can be activated only in one of the following countries: Russian Federation, China, Armenia, Azerbaijan, Belarus, Georgia, Kyrgyzstan, Kazakhstan, Republic of Moldova, Tajikistan, Turkmenistan, Ukraine and Uzbekistan.

BONUS-CHANCE PROMOTION - when buying a game, you have a chance to get a free key to a random game. A random random key will be sent with every fifth item sold that receives a positive review. Leave a positive review of the product, indicate "I want a gift" in it and maybe you will be lucky! Good luck to everyone!

Find out the courage that turns Heroes into Legends.

The Titans escaped from their eternal prison, bringing destruction to earth. The gods are looking for a hero who can change the course of events in an epic struggle that will determine the fate of both humans and gods. Are you ready for the quest?

Explore the Ancient World - Uncover hidden secrets and battle the beasts of mythology as you travel through the Parthenon, the Great Pyramids, the Hanging Gardens of Babylon, the Great Wall and other legendary sites.
Astounding Graphic Detail - Embark on a hero´s journey through authentic locations from the Ancient World, crafted in stunning, lifelike 3D detail.
Conquer the monsters of legend - Fight terrifying monsters and mythical beasts in a story campaign that will determine the fate of all existence.
Highly Customizable Characters - Build and customize your characters with 28 classes and over 1000 unique and legendary items to create the ultimate champion.
Create your own worlds - Create your own maps with an easy-to-use World Editor for endless travel.
Online Multiplayer Gameplay - Challenge others to experience your map making in fast-paced, online 2-6 player co-op gameplay.

If you have additional questions, please contact the seller in the online chat or write by e-mail.

Attention! The seller is only responsible for activating the key or Gift! And it is not responsible for technical problems at startup, in the game and for inconsistencies in the parameters of the PC and the system. All such problems are solved through the official technical support of the publishers.