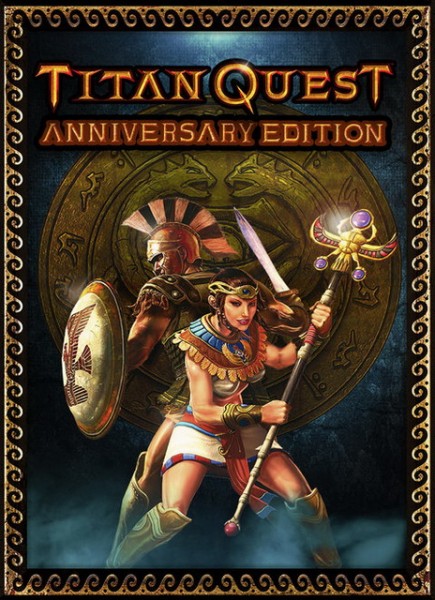 Uploaded: 28.04.2020
Content: text 18 symbols
Loyalty discount! If the total amount of your purchases from the seller RealMcCoy more than:
If you want to know your discount rate, please provide your email:

RealMcCoy information about the seller and his items
offlineAsk a question

Multiplayer mode is restored, improved and gained new capabilities, such as voice chat, and a built-in NAT support, provides the best network connection
Now it supports a large number of screen resolutions, increased camera distance and adds the ability to resize the interface
Improved performance and stability of the game
Support for custom modifications of the founders expanded with new features and full integration with the Steam Workshop
A full review of the balance sheet and the improvement of all skill schools, types of damage, unique items and collections
Many fixes and other improvements, including all the corrections made by a player community over the past ten years
It increased the number of tests and awards for large groups of players on the higher difficulty levels
Dozens of new characters and bosses
Improved artificial intelligence of your enemies and friends
Life has become easier and more fun, by adjusting the speed of increase in inventory of consumable items, the ability to quickly pick up dropped items and carry more things
Fewer opportunities for cheating, exclusion of test subjects and the comparison set of modifications in the network game
The ability to invite their friends from Steam
Achievements on Steam
Collectible card on Steam
Game description:

Titan Quest. Anniversary Edition - Collector´s reissue of the popular of RPG, which included: the original Titan Quest, role-playing game from the creator of Age of Empires, Brian Sullivan, which passed with fighting the Parthenon, the maze at Knossos, the Great Pyramids and the Hanging Gardens of Babylon must find a way to re-imprisoned Titans escaped from their eternal exile, Tartarus, and Immortal Throne - supplement in which the player will have to challenge yourself to Cerberus, cross the Styx, to unravel the prophecy Tireziasa, fight side by side with Achilles, Agamemnon and Odysseus, to result in defeat powerful enemies. Also set edition will include a unique soundtrack with the best tracks from the game.
Additional Information

An epic adventure in the ancient world.
Includes original Titan Quest and the addition of Titan Quest: Immortal Throne.
Amazing three-dimensional graphics with incredible level of detail and realism.
Exciting frenetic shooter.
Extensive system of classes and modifiable skills.
Endless, fascinating game world, and no loading screens!
Over thousands of unique and legendary items of equipment.
Defy Titans alone or share the glory of victory with friends, went in search of adventure together.

Through the Darkest of Times (steam key) - - RU