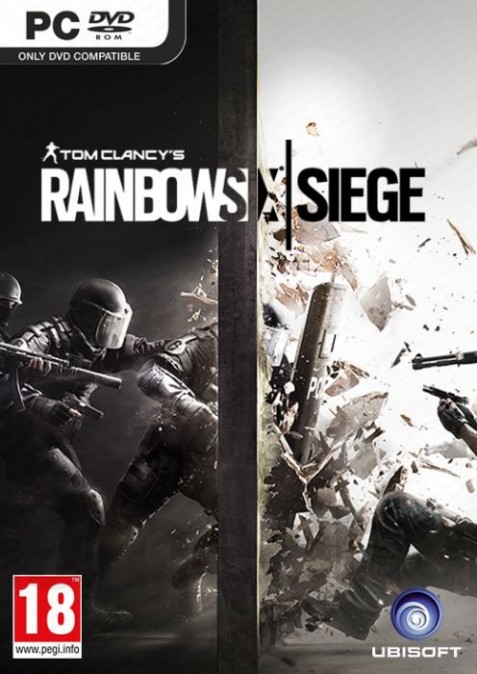 Uploaded: 28.08.2019
Content: Tom_Clancys_Rainbow_Six_360.txt 0,24 kB
Loyalty discount! If the total amount of your purchases from the seller GameCod more than:
If you want to know your discount rate, please provide your email:

Gift Newsletter is done within 48 hours after writing a comment.
Warning !! Gambling Review - You warrant that you have read all the conditions for a gift, and if something is not clear - ask.

WARNING! The key can not be activated in Origin and Steam.

«Tom Clancy´s Rainbow Six® Siege" - a new part of the world-famous series of first-person shooter developed by Ubisoft Montreal for the next generation consoles and PC. The plot of the game is the fight against terrorism worldwide. In «Tom Clancy´s Rainbow Six Siege" you will be able to fully join the art of destruction. You are waiting for intense fighting with the constant risk of his life, the possibility of a team game and, of course, complicated operations. One mistake - and everything will explode! Network mode displays the hot shooting and tactical planning to the next level in the best tradition of the series «Tom Clancy´s Rainbow Six».
Become an agent for combating global terrorism, a master of combat at short distances and an expert to capture the strategically important objects.

Features:
- Anti-terrorist units - Become an agent group that knows everything about tactics melee, using demolition charges and commission of acts of lightning during surgery. The game features 5 most famous special forces: the Russian "Special Forces", the SAS UK, the SWAT American, French GIGN and German GSG9.
- Gameplay - to penetrate into the enemy´s lair, using the latest technology; create your post and keep the defense. From whatever side you happen to be, during the siege to keep my ears open.
- Destruction - The newest model of destruction allows you to become a "creator" the world around you. Destroy walls, punching the floor or ceiling - to achieve this goal have to use all opportunities and loopholes.

The key is to activate when Uplay

1. Register your account at http://uplay.ubi.com/, if you do not already have
2. In its account through the button-gear activate the product, enter the key
3. The game will be added to your library of games and you can download it.