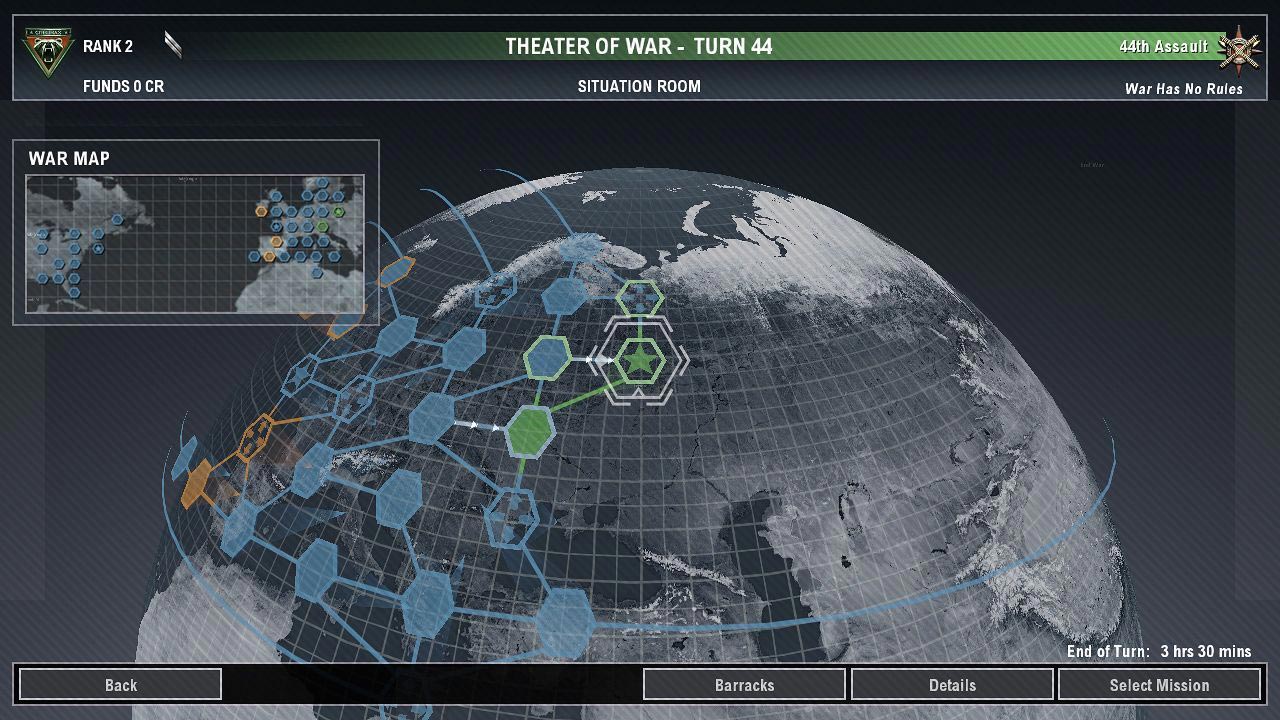 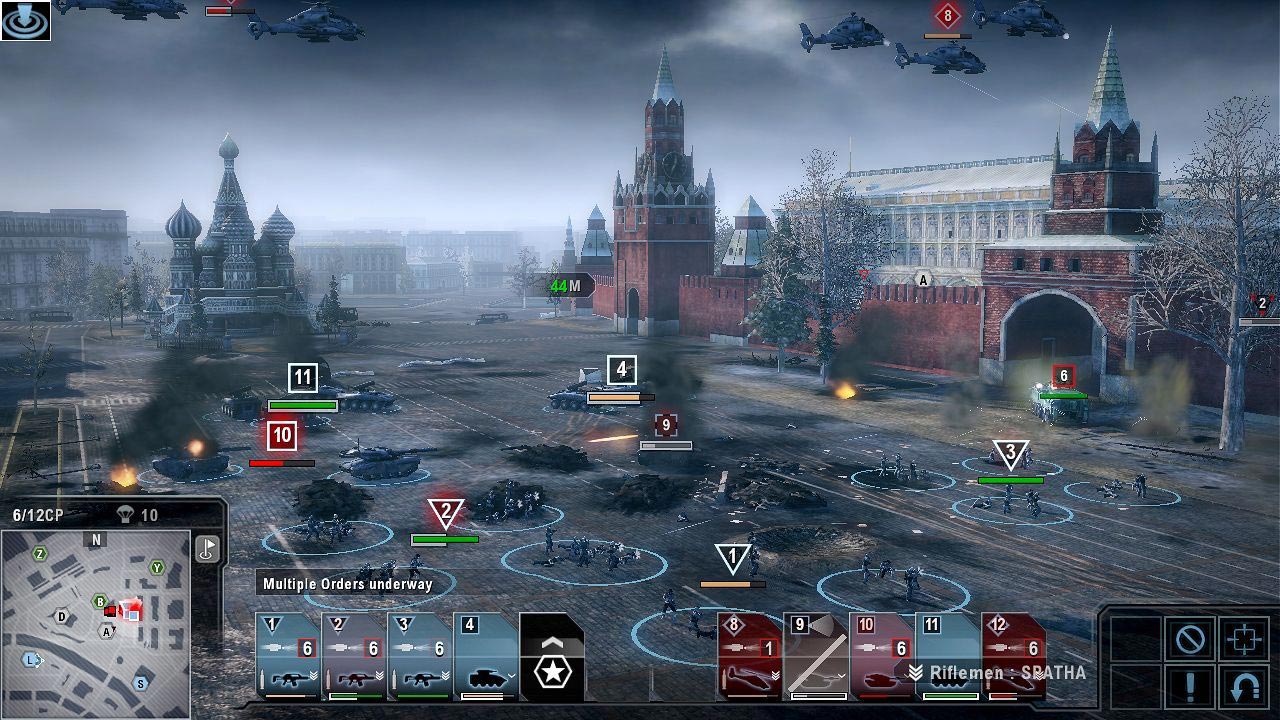 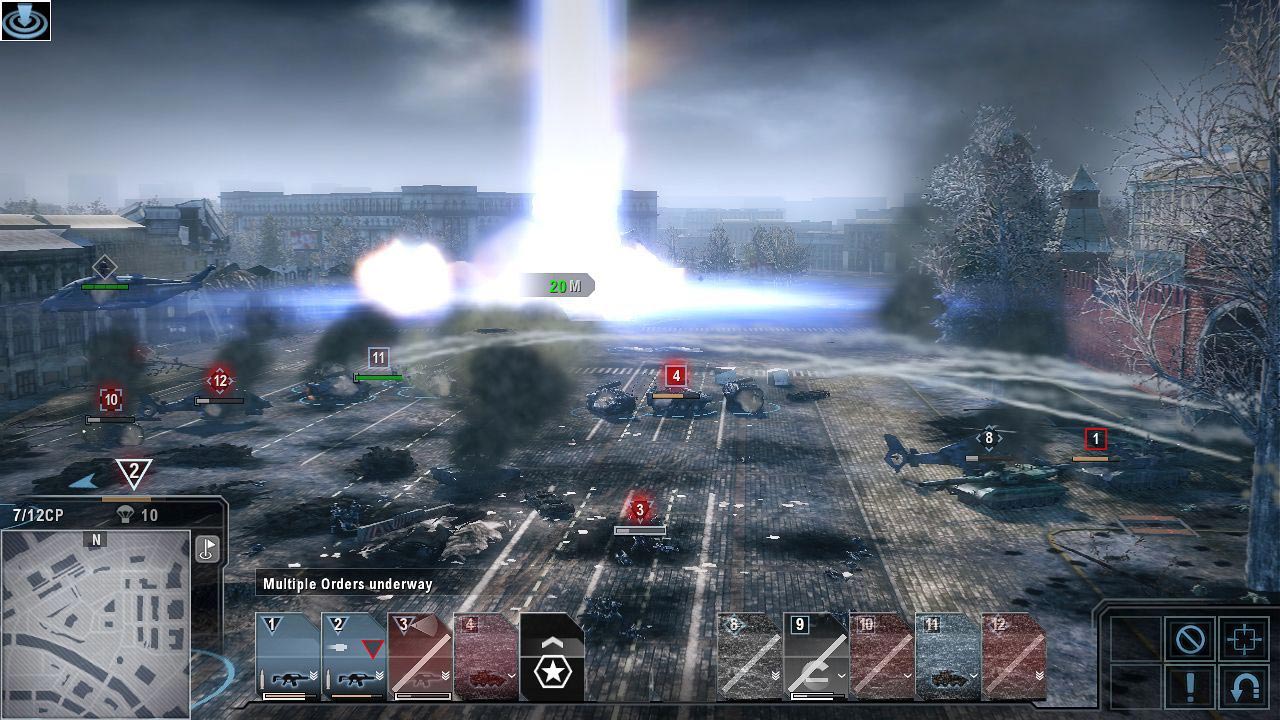 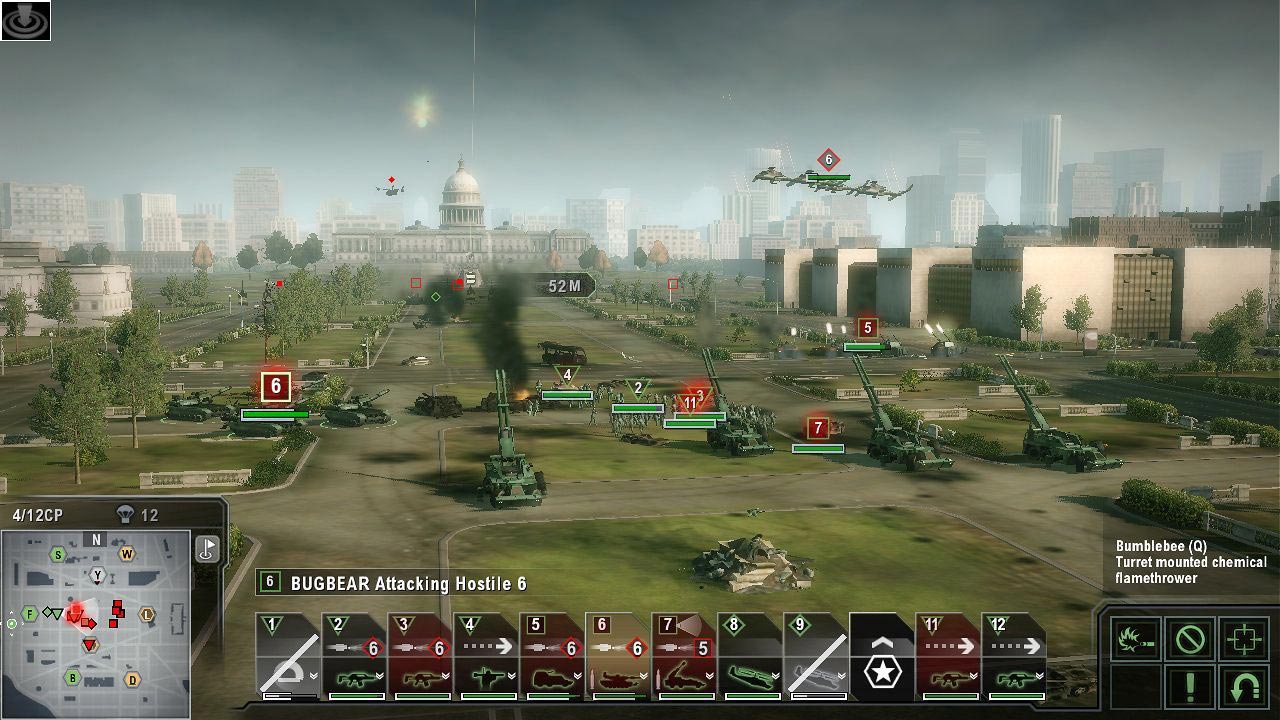 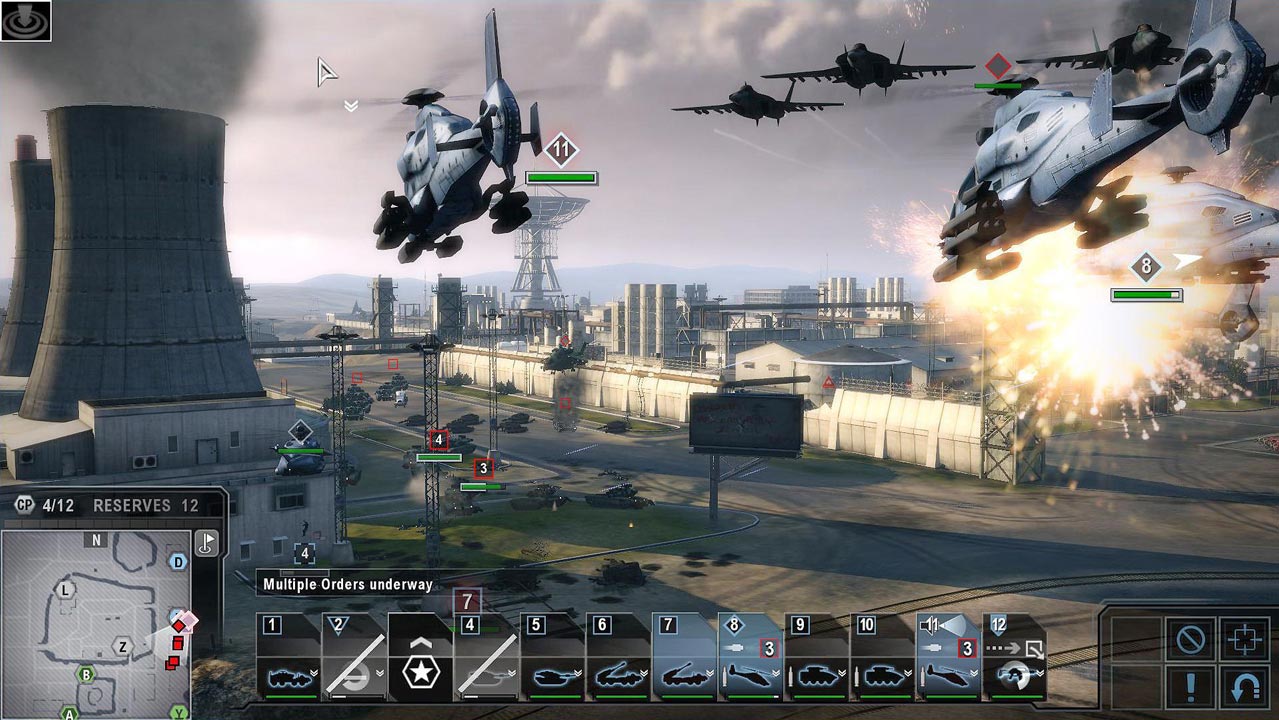 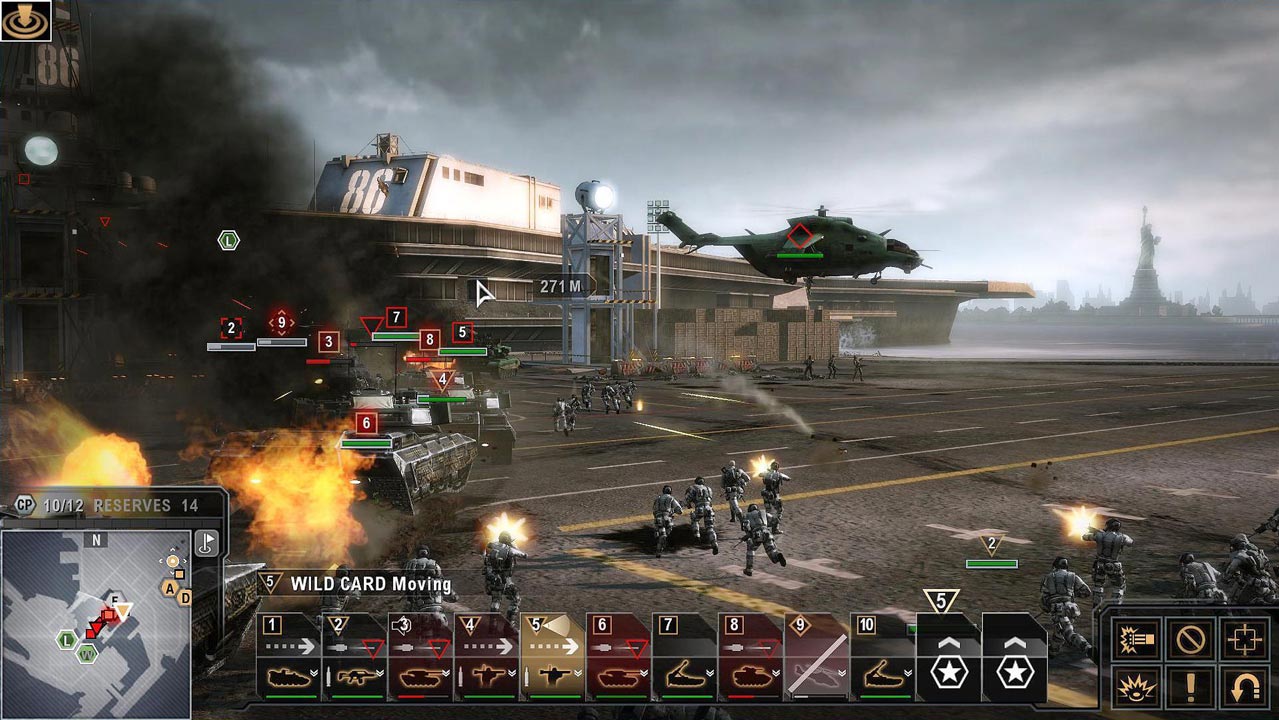 ATTENTION! This key is intended for activation in Uplay (not on Steam). Keys bought by mistake cannot be exchanged and returned.

ATTENTION! This product is intended for use only in the following countries: Russia, Armenia, Azerbaijan, Belarus, Kyrgyzstan, Kazakhstan, Republic of Moldova, Tajikistan, Turkmenistan, Uzbekistan, Ukraine. Will not work in other regions.

========================================
Albert Einstein once said: “I don’t know what kind of weapon mankind will use in the third world war, but in the fourth - stones and sticks!”. The terrible truth of these words is revealed only now. Having crossed the threshold of the 21st century, countries have bristled with warheads with nuclear charges capable of completely destroying the planet, and more than once. Lack of resources only adds fuel to the fire: in the struggle for oil and gas, it is easy to lose a sense of proportion, using the most terrible inventions of civilization. The events of Tom Clancy´s EndWar are developing exactly according to this scenario: the planet is bursting at the seams, the global confrontation threatens humanity as a species ...

In a deadly battle, not only soldiers converge, but also the achievements of modern technology. High-precision weapons and unique body armor, super-high-speed aircraft, tanks with sophisticated computer systems - literally before your eyes, the war of the future is flaring up, which is quite possible today! Monitor the situation on the battlefield with the help of satellites and give precise orders to the troops under your control. Everything here is like in life: the crackle of a walkie-talkie, the noise of interference, the panicky screams of those ambushed and the calm, confident voice of the commander.

• Project of the XXI century. Designed specifically for the next generation of consoles, Tom Clancy´s EndWar amazes with incredible graphics. Figures of soldiers are practically indistinguishable from living people, and flashes and roar of explosions make you forget that what is happening is just a game. Immerse yourself in an incredibly realistic world of the near future, mired in a fatal conflict.
• Voice is the best tool. Units can be controlled not only with a traditional controller, but also with real voice orders. Just a couple of words into the microphone, and now the Alpha detachment is already advancing to the enemy positions, and Delta is taking up defensive positions.
• Fight for your homeland. The fate of the world is in your hands. You can take part in the war on the side of the USA, Europe or Russia.
• Command an entire army. Thanks to high technologies, even a small detachment on the battlefield turns into a formidable combat unit. When dozens of units equipped with the latest technology are concentrated in the hands of a skilled commander, events reach epic proportions.
• Act wisely. Fighters should be placed in places as protected as possible from enemy fire, and equipment should be used where it is least vulnerable. Without competent tactical planning in modern warfare, one cannot hold out even five minutes.
• The capitals are in ruins. Opponents traditionally seek to capture the capital of the enemy state in the first place in order to strike right in the heart. Paris, Moscow, Washington are becoming the arena for fierce battles, the participants of which do not spare even priceless architectural monuments.
• Endless battle. Each battle can be fought in dozens of different ways. By starting EndWar again, you will not repeat the past events!

1. You need to download and install the Uplay client: http://uplay.ubi.com/ (if not already installed).
2. Launch Uplay.
3. Create a new account or log into an existing one.
4. With the application open, click the settings icon in the upper left