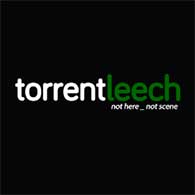 Torrentleech.org / Torrentleech / TL - is one of the largest closed scene-trackers of general direction with a large audience (over 215 000 people) and an impressive base of material - more than 45000 torrents. For those who have no idea about Torrentleech, we should mention, that the TL - is ALL-IN-ONE, it is the tracker with the time and date of appearance of the release on the stage, with a huge community, through which it is not difficult to support the rating. It should be mentioned that Torrentleech entered the list of the 50 most needfull resources in 2010. Among the other categories of Torrentleech – there is music, games, movies, books animation, software and more.

After payment you will get a 16-digit code that must tell me. After that, you will be sent an invite to the postal address given in payment.
Delivery is usually within 2-3 hours, maximum - during the day.