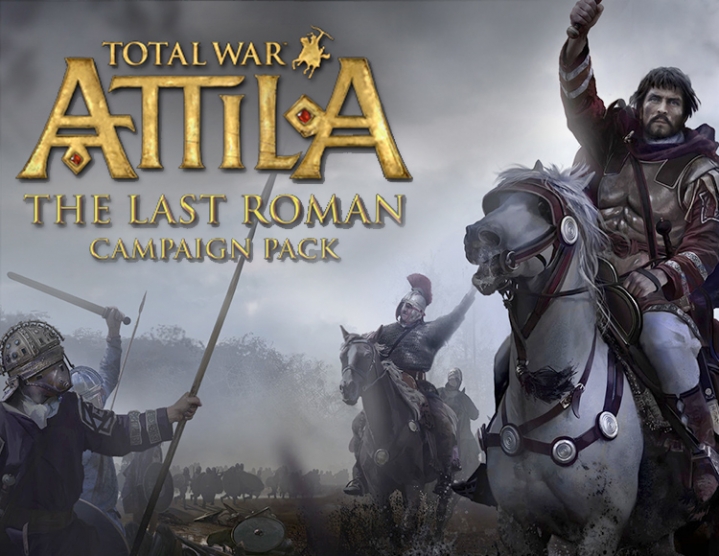 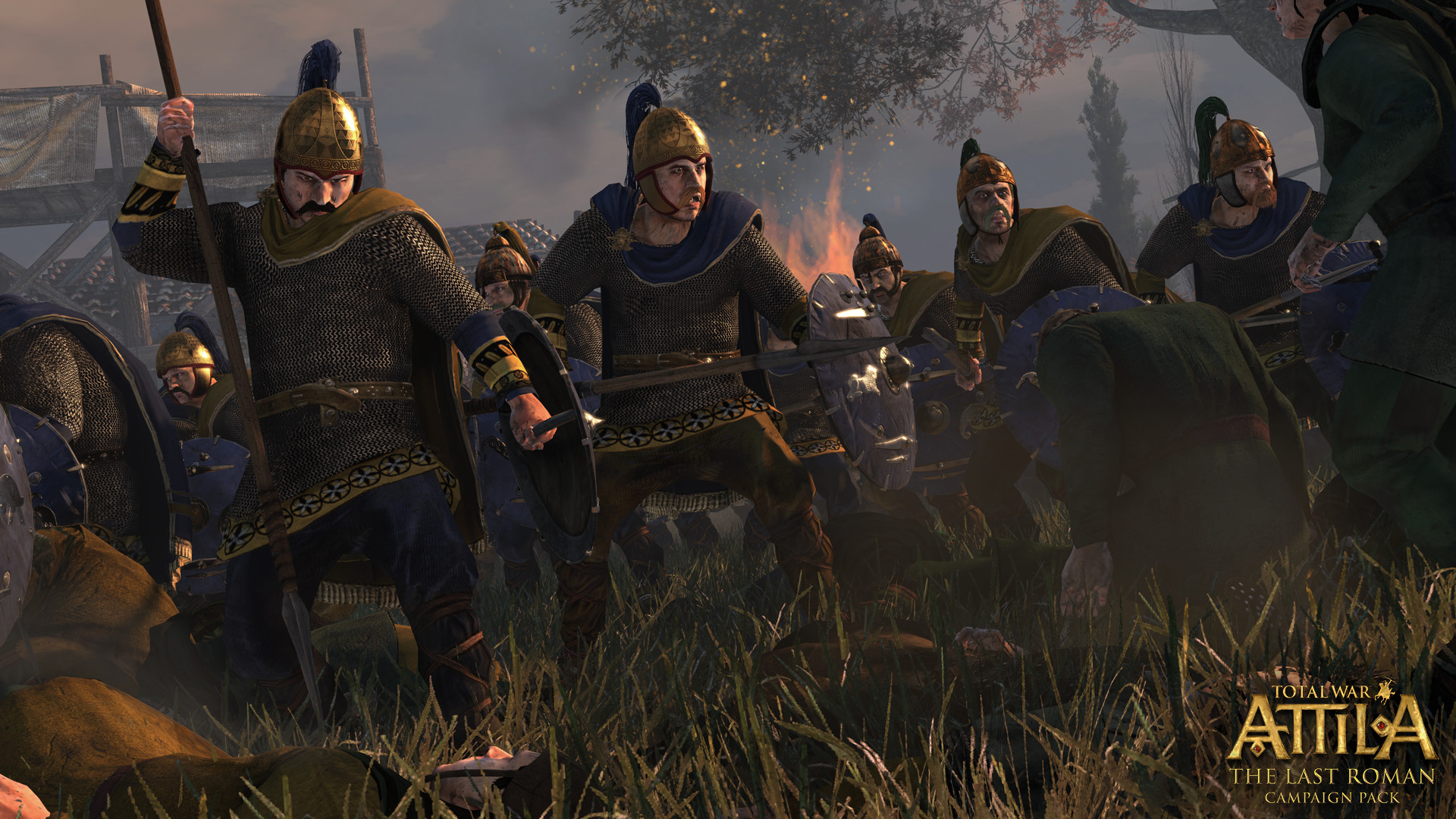 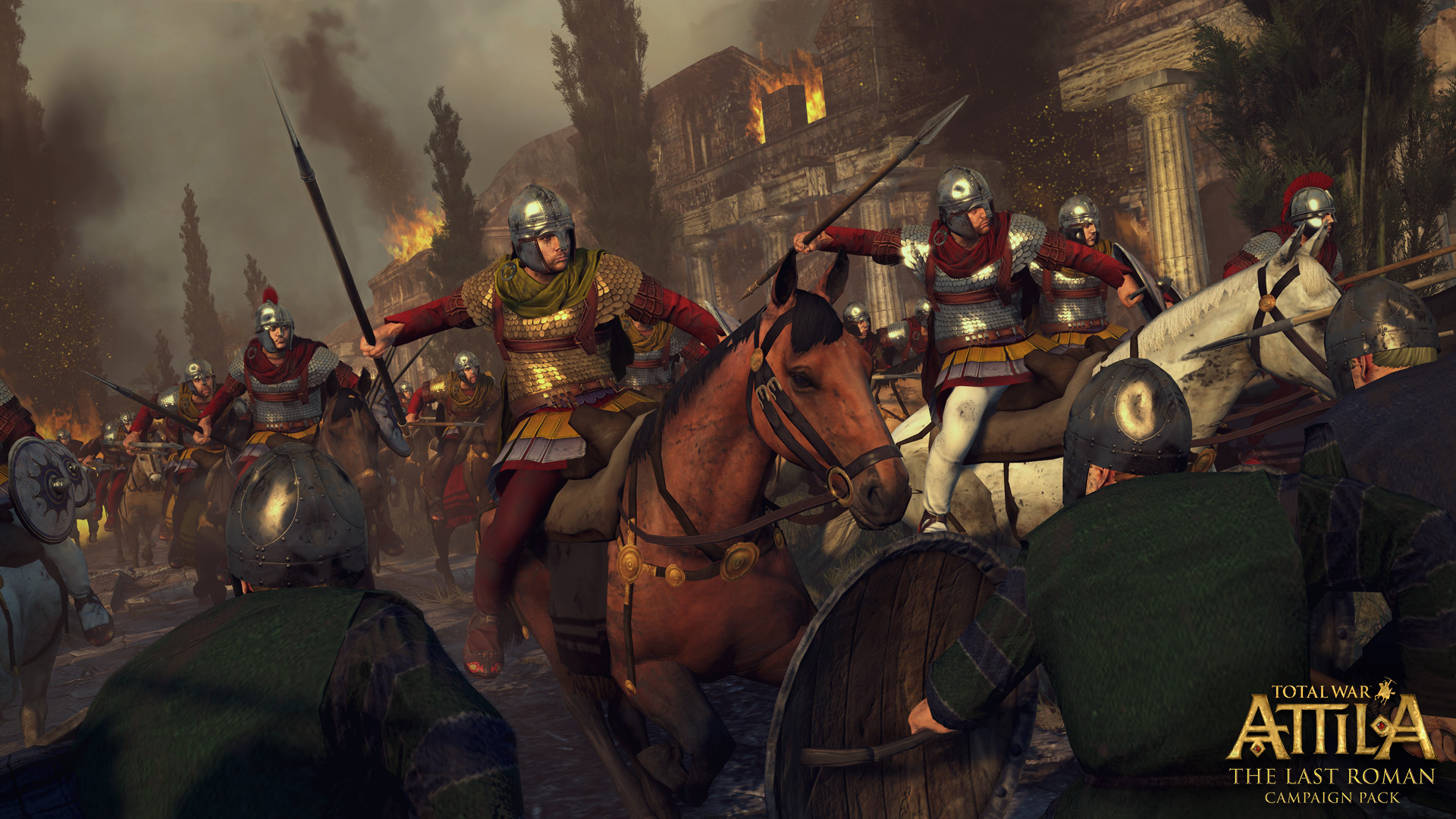 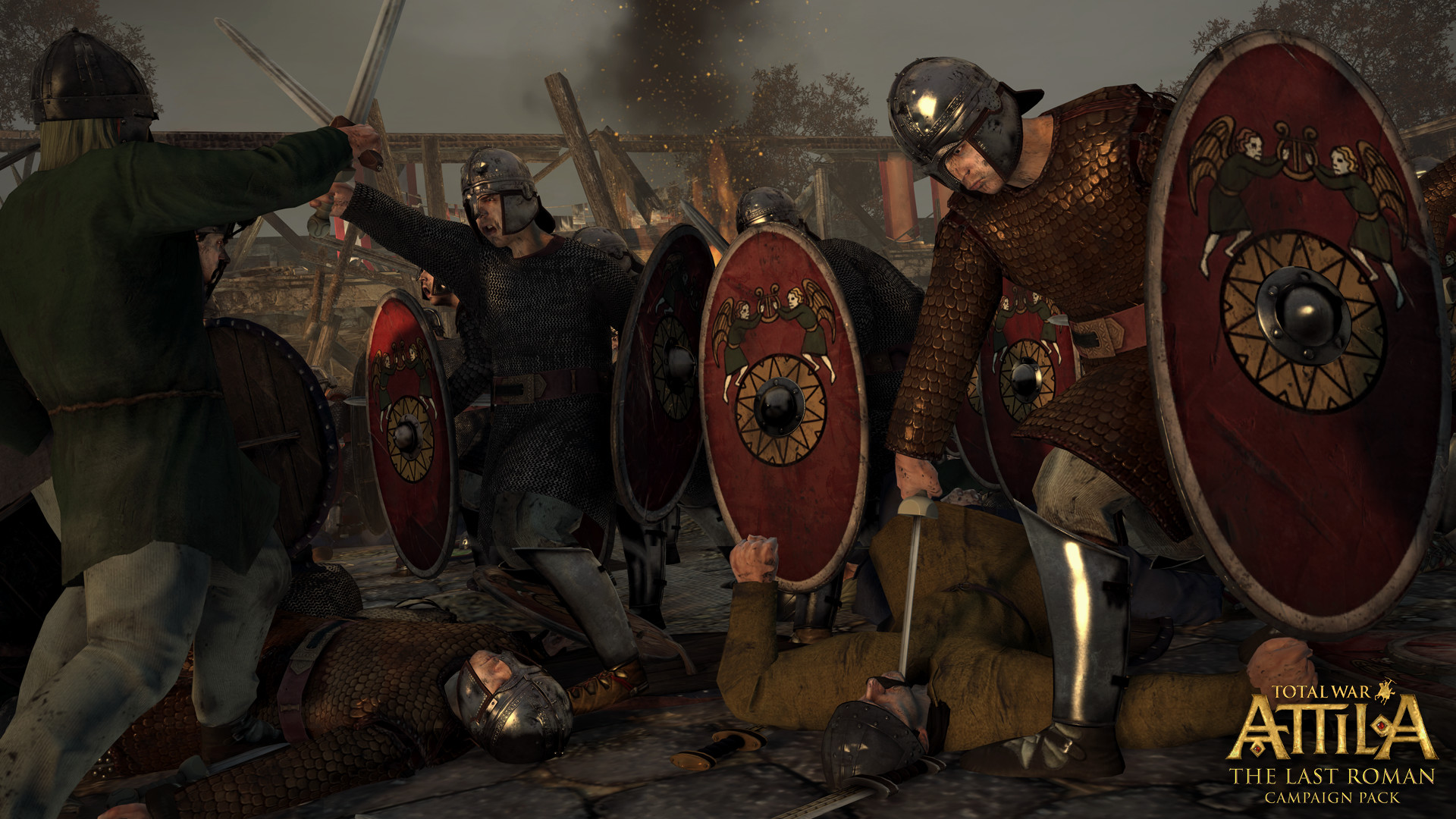 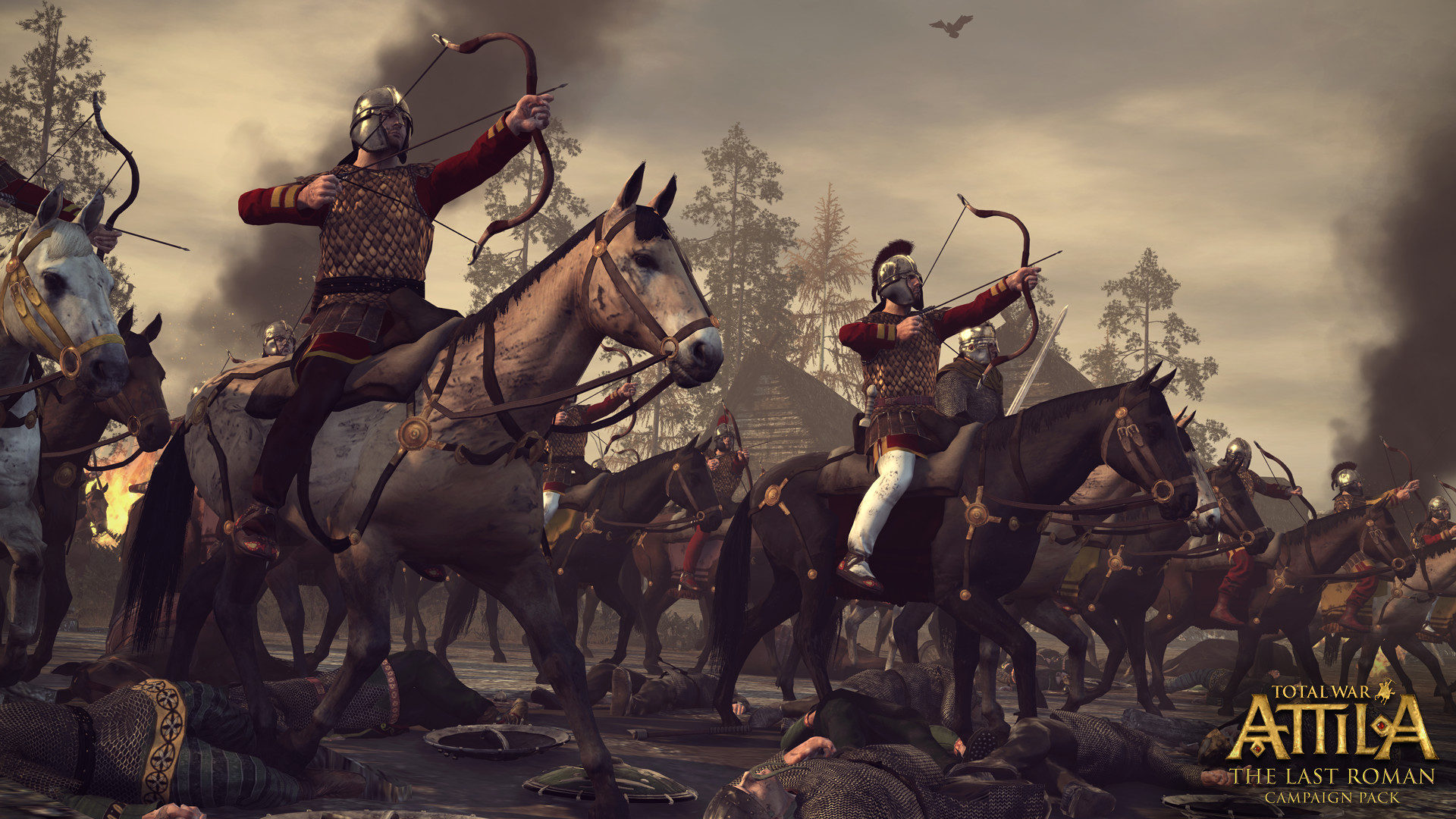 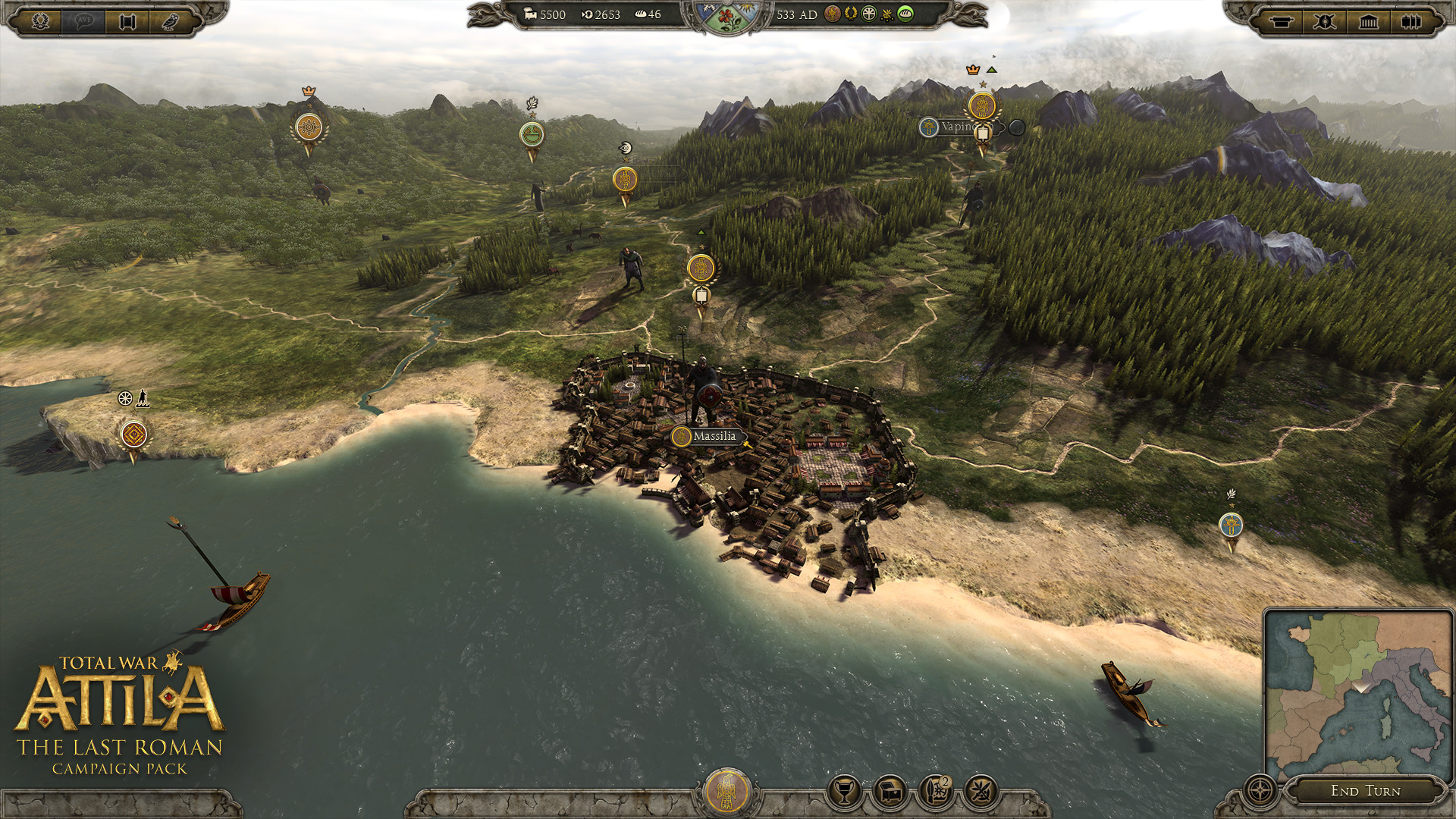 Description:
Attention! To access the content of the add-on, the game Total War ™ is required: ATTILA Year 533 AD. Over the last century, the Western Roman Empire has been completely obliterated from the face of the earth. However, the last stronghold of Roman greatness still stands in the Eastern Roman Empire. He still has a great power and dreams of reviving past glory. Emperor Justinian knows: there will not be another time. It is necessary to undertake a dangerous and desperate attempt to return what rightfully belongs to him. Re-conquer the West, before everything that once represented a Rome, will turn to dust. The task beyond measure: throughout the Mediterranean formed and grow barbaric kingdoms. Only one person in the whole world is able to lead such an expedition. His father´s bodyguard, the hero of the battle at Dara, a man who mercilessly suppressed the uprising of "Nika." V?lisarius. The last hope of a dying empire, the last real Roman. * A unique campaign with new game mechanics * The "Last Romans" campaign set is a grandiose expansion for the game Total War: ATTILA. The plot of the new missions will unfold on a new elaborated map of the Mediterranean theater of operations. Experienced players in Total War should take on the role of Belisarius, lead his Roman expedition and take the Roman lands from hostile savages. You are the servant of Emperor Justinian, and you have to fulfill your duty for a whole series of missions and historical events. The Emperor, the Empress, even your own wife, Antonia, will fight for your attention, setting difficult and often contradictory tasks for you. Do these tasks to get new fighters and replenish supplies, but be careful if you offend the wrong person. The future of your entire expedition will be in jeopardy. On the other hand, you can proclaim independence, restore the Western Roman Empire under your own banners and achieve glory and immortality far from Constantinople. Will you remain loyal to the emperor and take for him Rome from the barbarians? Or will you go your own way and create your own empire in the west? * New campaign map * The "Last Romans" campaign card is distinguished by the huge size and accuracy of the reconstruction of Western Europe 533 AD. You are waiting for 35 provinces and more than 100 regions, including the territories of Italy, North Africa, Spain and France. * Factions for the game * In the campaign "The Last Roman" you are waiting for five factions - in addition to the new Roman expedition, there are Ostrogoths, Vandals, Franks and Visigots - each of the factions has its own unique features and unique points of the beginning of the country. The Vandal kingdom is threatened by the unruly Sardinia and the growing danger of the Roman conquest, while the Ostrogoths kingdom suffers from the actions of the Queen sympathizing with Rome and demanding Nij incapacitated alliance. Both states are trying to strengthen the borders and get everything that is possible from the fertile lands of Italy, but Belisarius´s reputation is ahead of him, and everyone knows what a wild beast driven into a corner is capable of. For Frank and Vizgotov, the return of the Romans opens certain opportunities. These are young growing kingdoms full of youthful energy and a thirst for conquest. It is time for them to expand: while the rest are engaged in the struggle for distant African lands, Europe is waiting. Waiting for the new great empire to rise from the ashes of Rome! * New combat units * In addition to the returned familiar combat units, the main factions of the "Last Romans" campaign have the following troops: * New technologies and buildings * The "Last Romans" campaign kit in