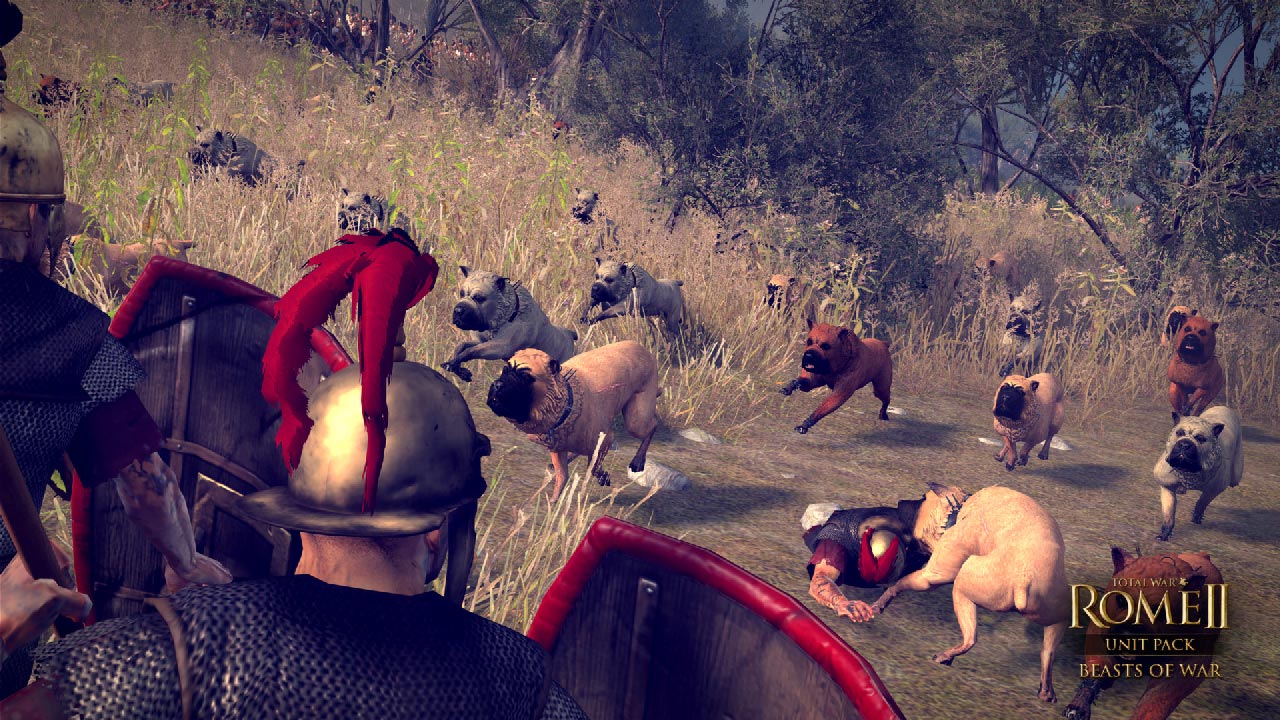 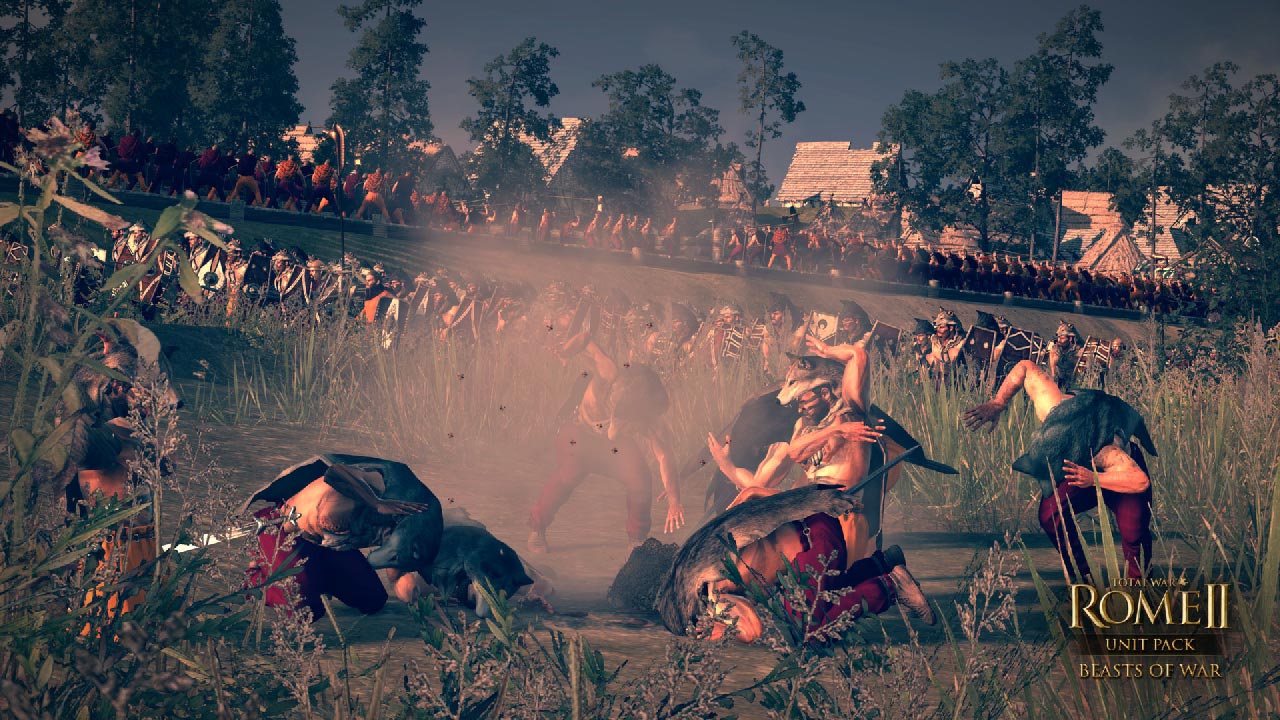 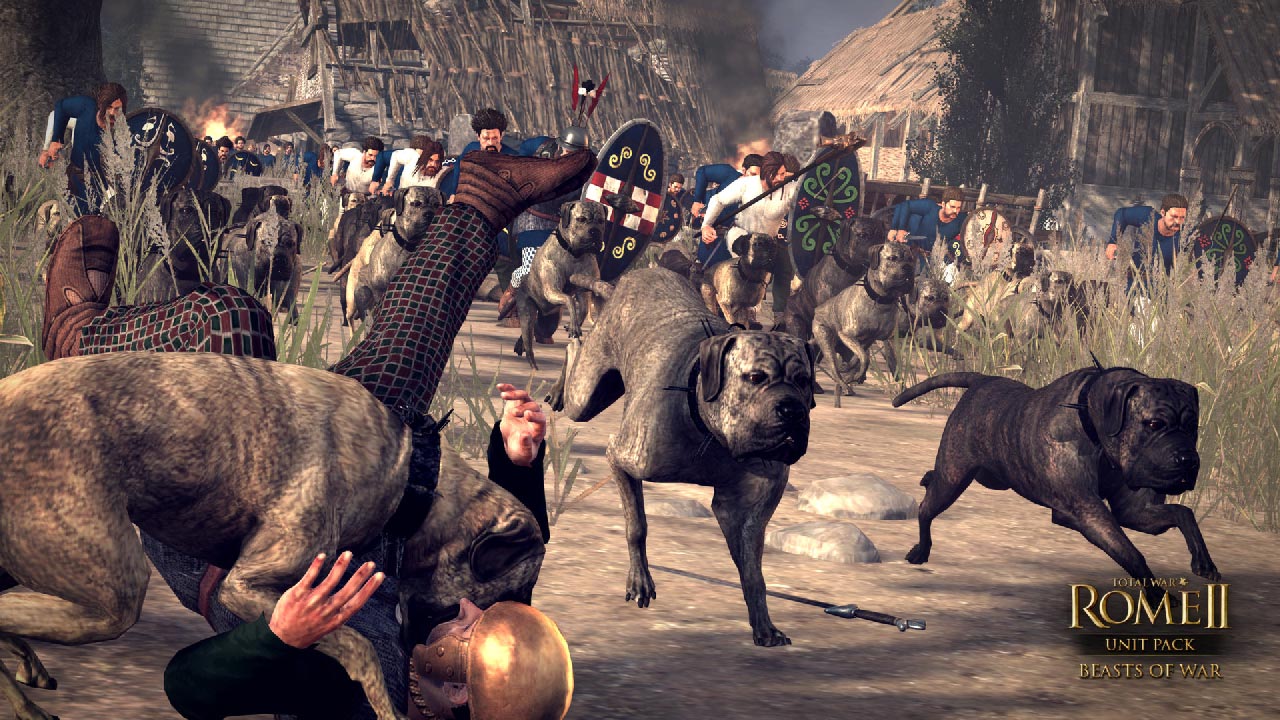 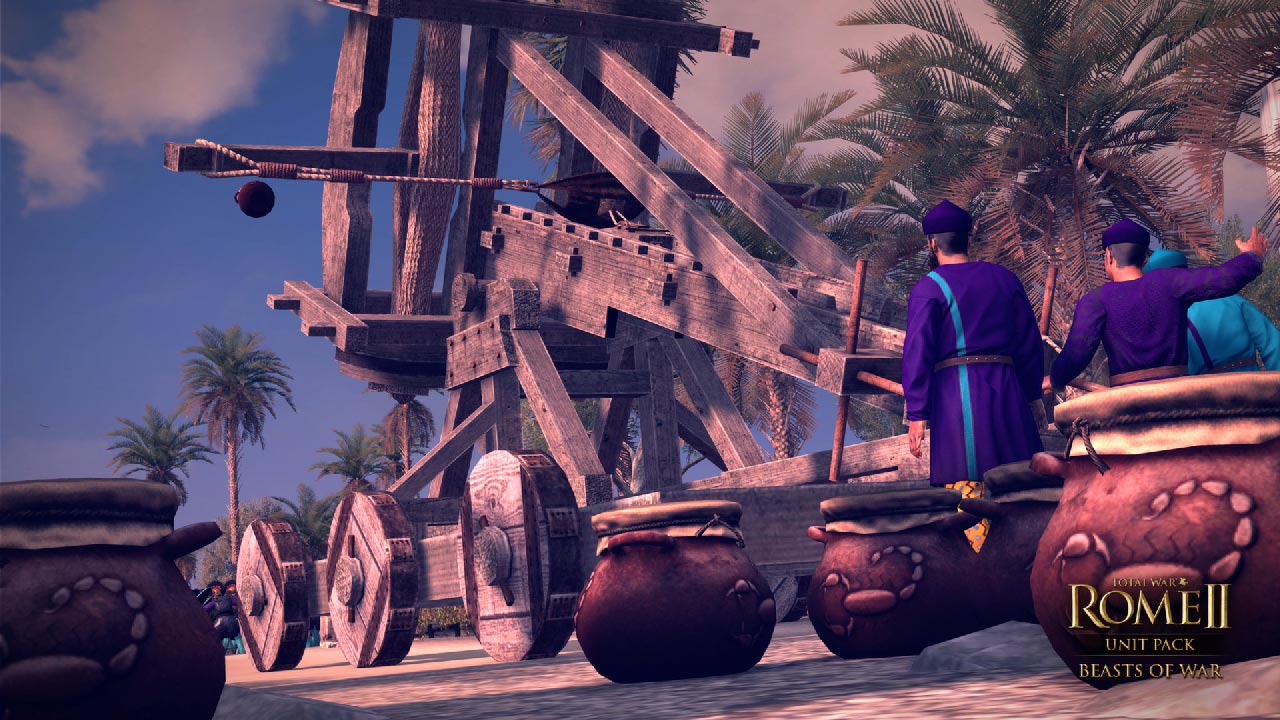 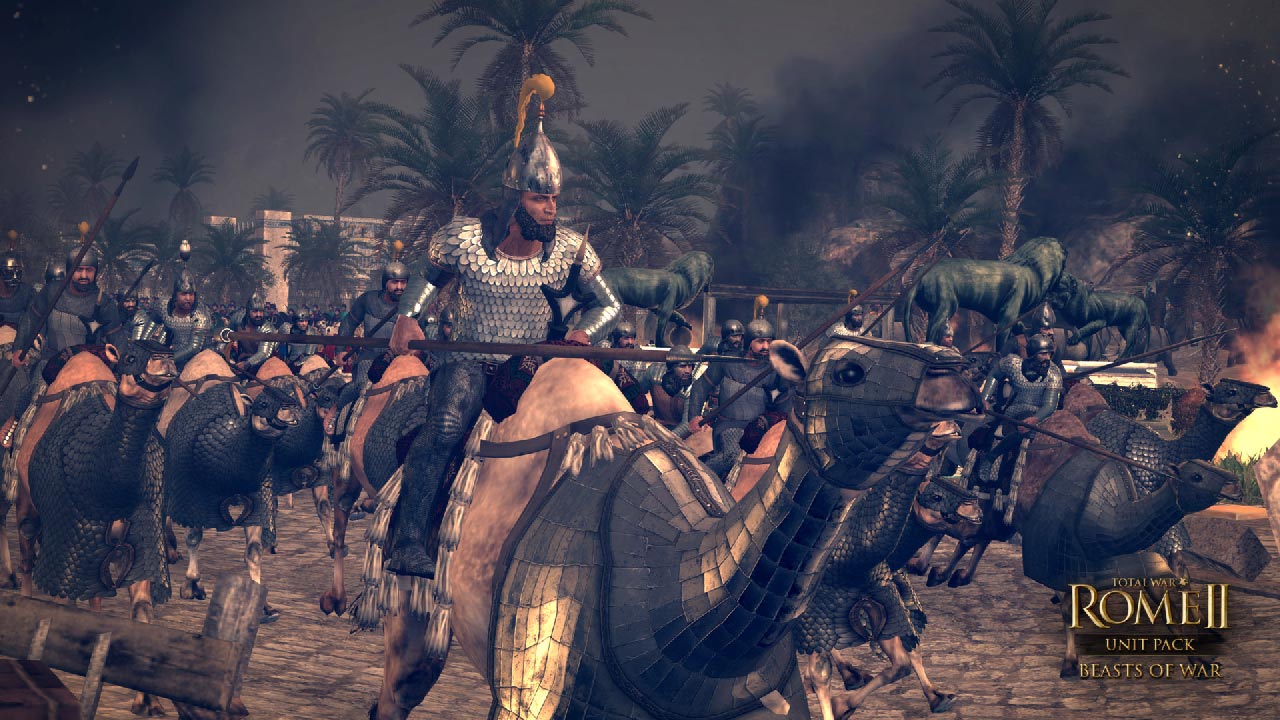 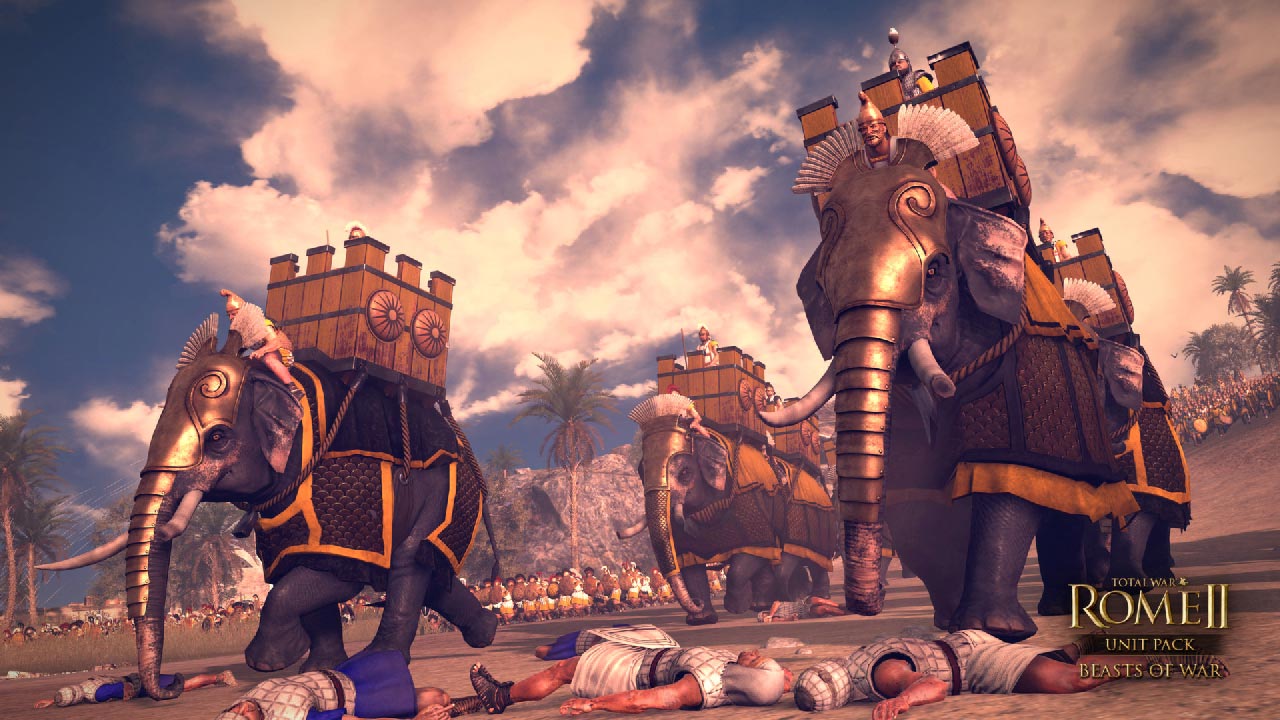 Attention! This content requires the base game Total War: ROME II - Emperor Edition on Steam in order to play.

Awaken your savage nature and instill primitive fear in the hearts of enemies with a set of troops Fighting animals for ROME II. The Battle Animals pack contains seven new types of troops and further enhances the extensive fighter pack in ROME II.
Bring chilling horror to enemies by throwing them with beehives and pots of scorpions and snakes or trample the dust on the feet of armored cataphracts on camels and Syrian mercenaries on armored elephants. And when their will is broken and they flee the battlefield, bait them with two new breeds of ferocious fighting dogs.