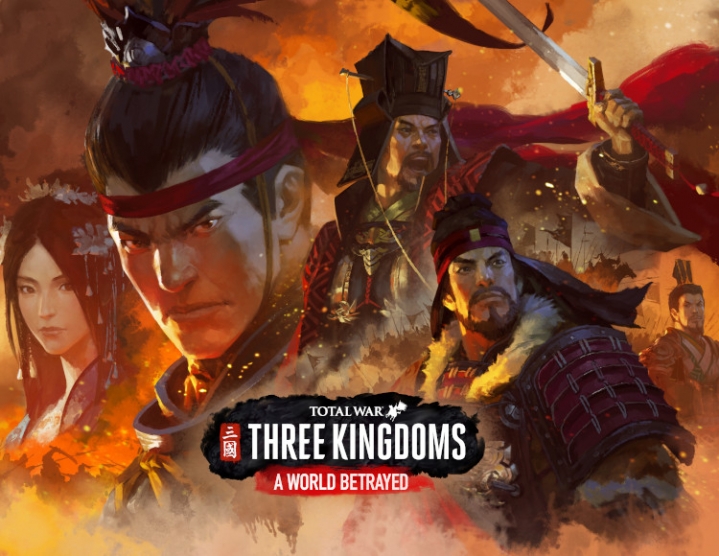 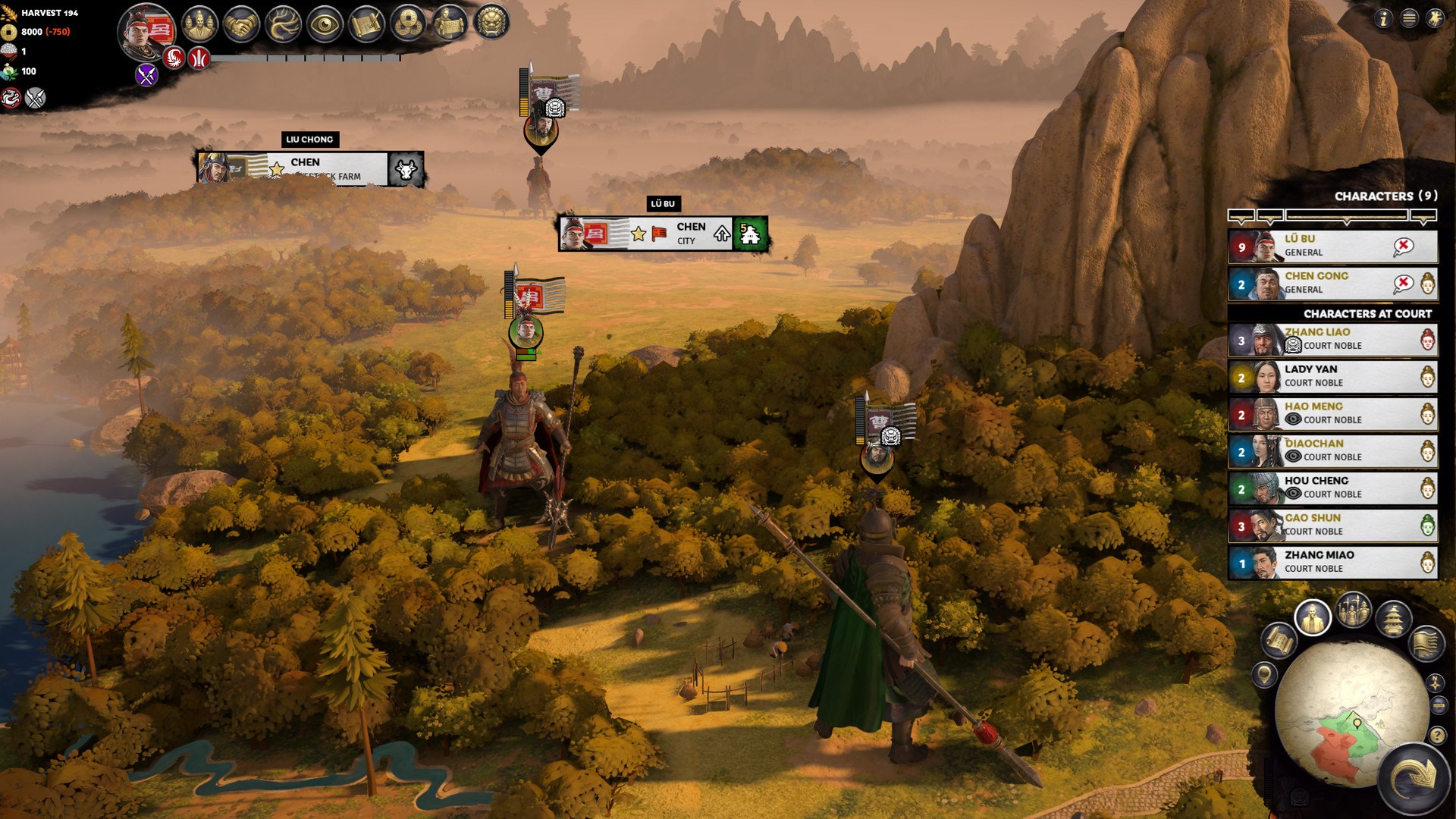 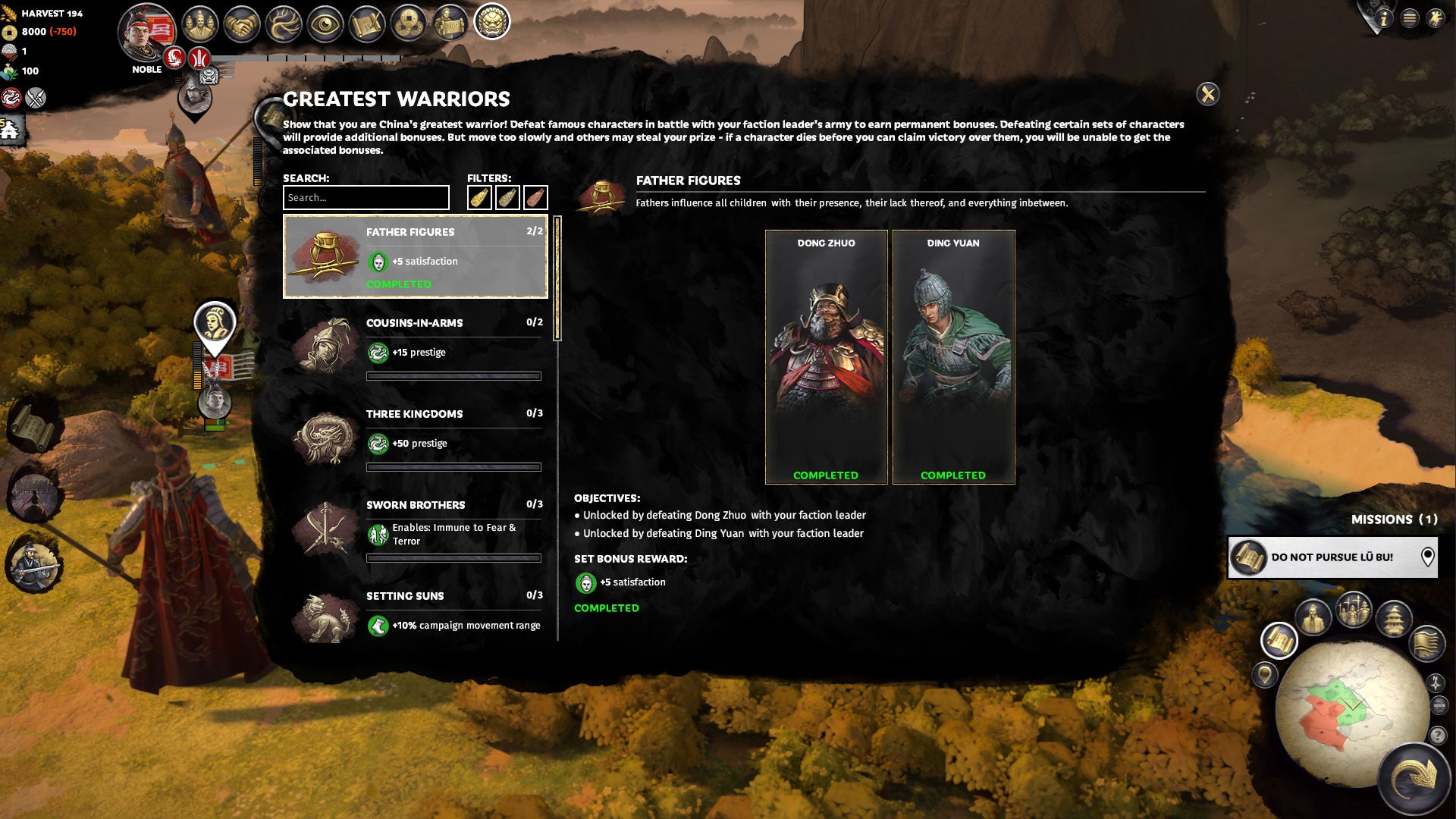 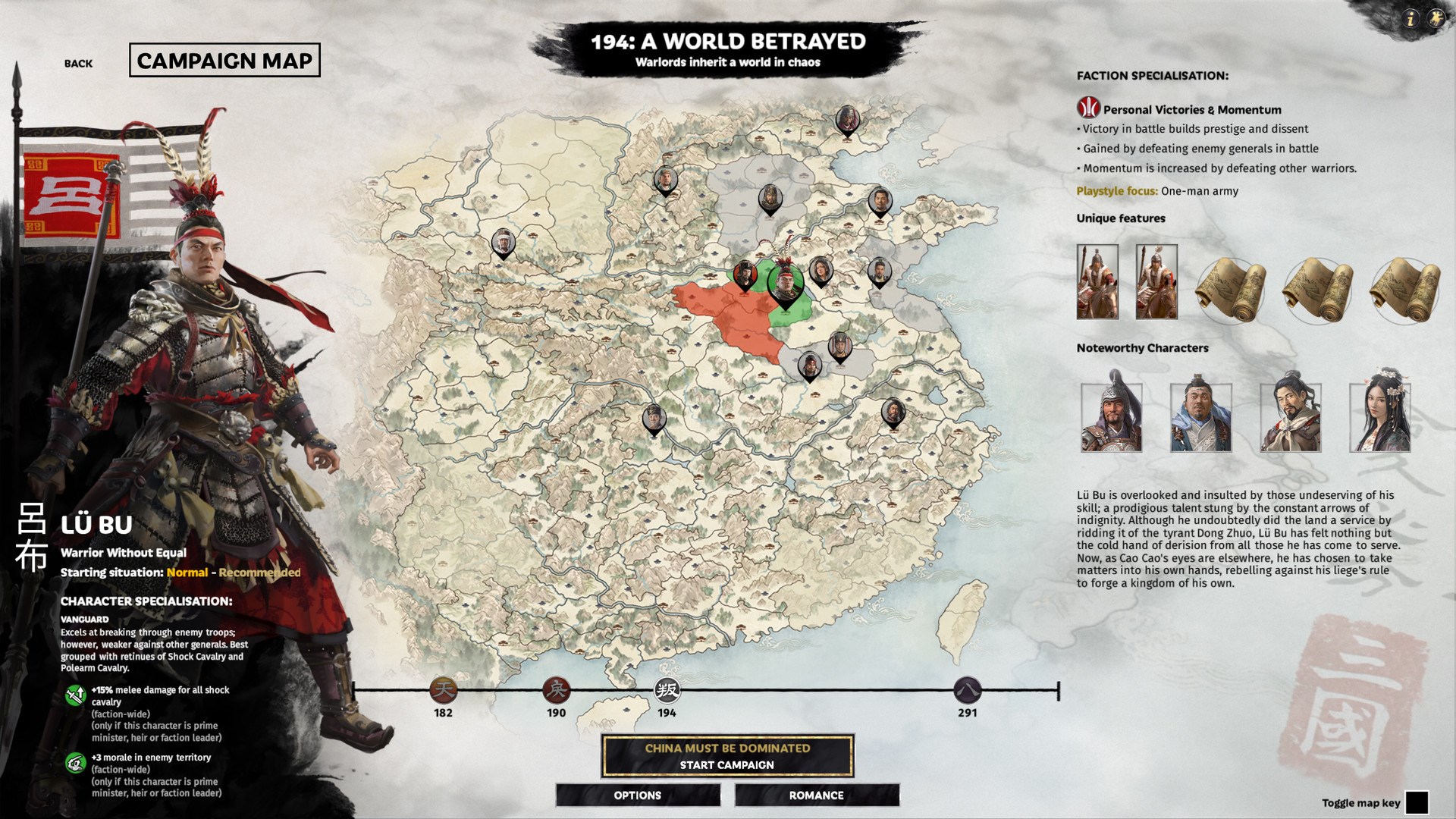 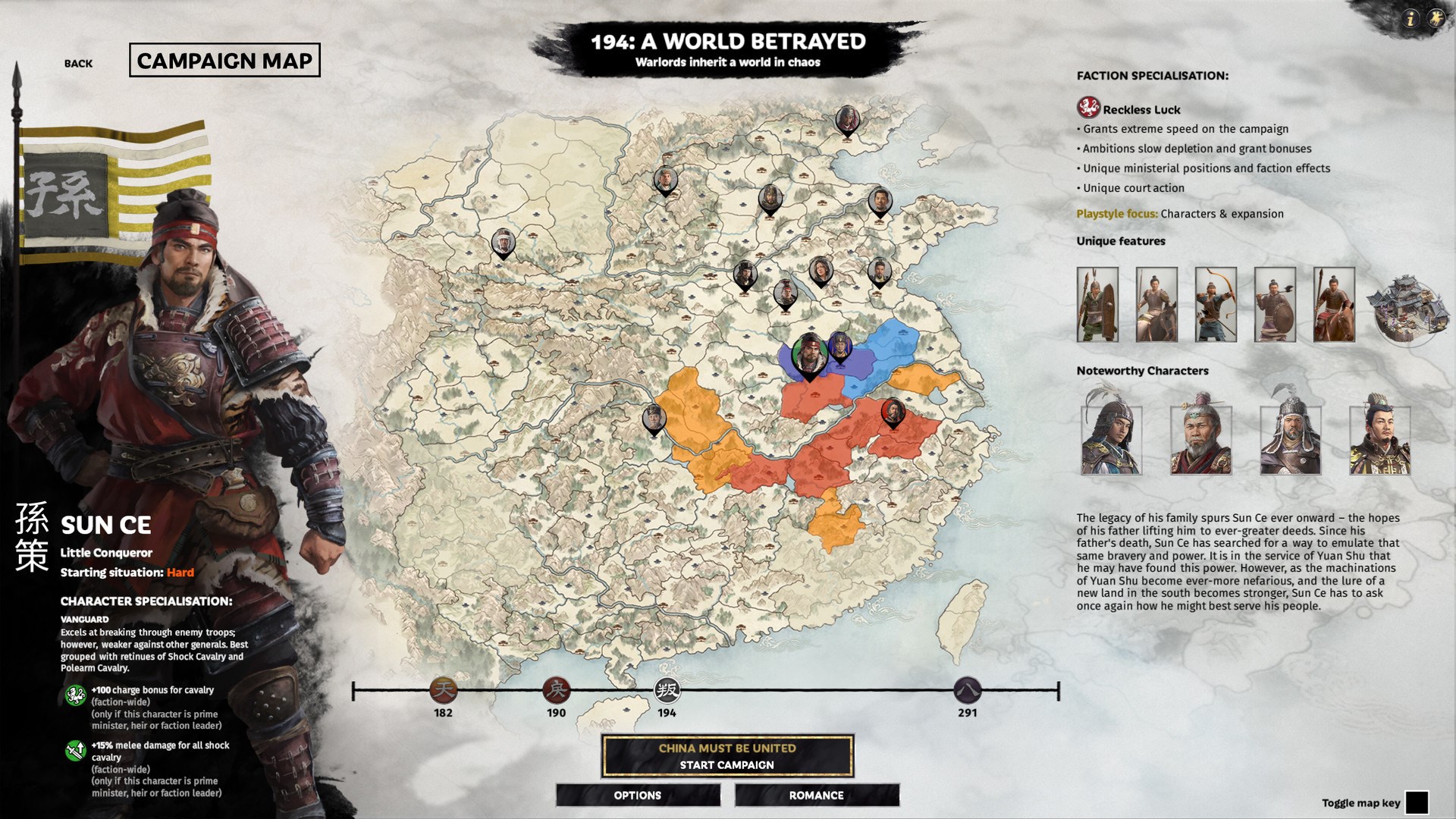 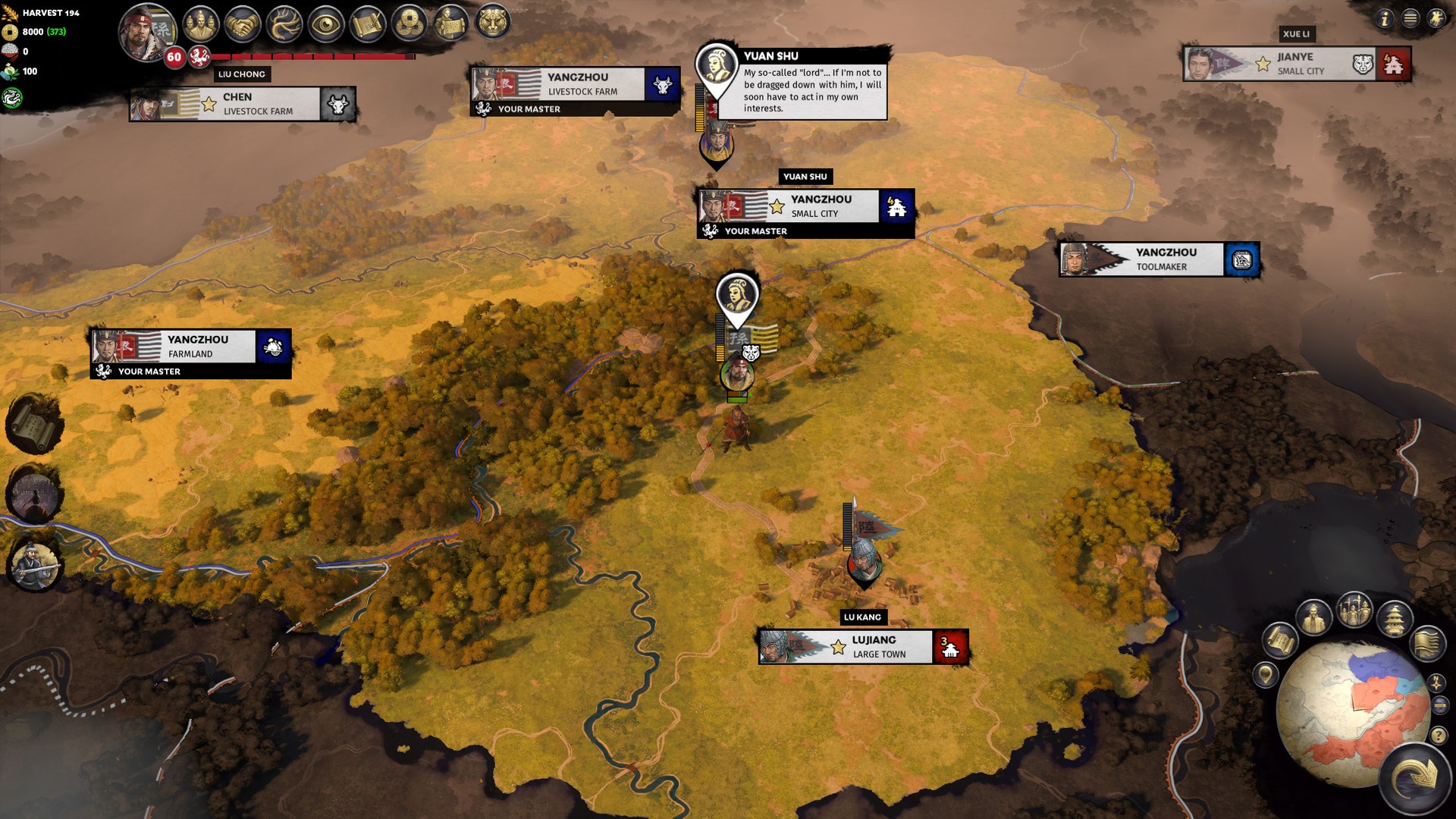 Description:
Attention! Requires Total War: THREE KINGDOMS to run.
The World Betrayed expansion is dedicated to a key period of the Three Kingdoms era. Many of the main characters in Total War: Three Kingdoms have already passed away, and now they are replaced by a new generation of ambitious princes, eager to bring their dynasties to the throne. In addition to the new factions in the south of the country, "Peace Betrayed" also includes: Two new factions led by famous heroes Lü Bu and Sun Tse.
13 available factions
New unique units
New faction mechanics
New events and story missions
New legendary characters
New story events
New campaign start date 194 AD e.
All children are born in the shadow of their fathers. But their fate is determined by their own actions. 194 AD. The irrepressible tyrant Dong Zhuo has been dead for two years. The villain did not fall from the hands of the enemy - the blade that struck him belonged to Lü Bu, his adopted son. After killing Dong Zhuo, Lü Bu continued his career at the court of various princes, but he did not remain loyal to any of them for a long time. While Cao Cao took revenge for the death of his father, Lü Bu tried to seize his possessions, but was defeated and was forced to flee from his former master and his allies. Now Lü Bu seeks to prove his superiority by defeating the country´s greatest heroes in battle. Now Lü Bu seeks to prove his superiority by defeating the country´s greatest heroes in battle. Meanwhile, in the south, Sun Ce mourns the death of his father Sun Jian. Vowing to preserve the family´s legacy, he plans to invade the southern lands - but can he protect his people and emerge from the shadow of his great parent? It is high time for your hero to forge his own destiny in the chaotic land. And woe to those who get in his way. Lü Bu The legendary warrior Lü Bu is invincible in battle, but in the art of politics he is hasty and short-sighted. At the start of the campaign, Cao Cao´s huge army follows him on his heels. To survive and gain strength for future clashes, Lü Bu must get out of Chen Province. The Lü Bu faction is available for play only in this expansion. Unique game mechanics: Initiative: the heart of the faction is the greatest warrior Lü Bu himself. By defeating enemy characters on the battlefield, Lü Bu earns initiative points, which unlock unique actions and powerful bonuses.
Panel "Greatest Warrior": when playing as Lü Bu, a special window is available, where the great warriors of the Three Kingdoms period are listed. By defeating these legendary warriors, Lü Bu gains permanent bonuses for his faction.
Unique storyline events:
Participate in the historic confrontation between Cao Cao and Lü Bu
Lü Bu´s Treachery: Will You Go into the Service of Liu Bei? How soon will you betray him too?
Fractured Lü Bu Faction: How Long Will Your Leaders Be Loyal to You?
As Lü Bu, you can recruit two types of new units: Camp Destroyers (two-handed sword infantry)
Dashing Horsemen (Heavy Shock Cavalry)
Sun Ce At the beginning of his campaign, Sun Ce is a vassal of Yuan Shu, like his father, Sun Jian. During the campaign, players face a difficult choice: should they remain loyal to their overlord or rebel against his power? Sun Tse seeks to regain his native lands in the south of the country, but on this way many dangers await him ... Unique game mechanics: Legacy of Wu: Sun Tse has a list of ambitions, the implementation of which gives his faction permanent bonuses. Sun Ce´s ambitions include conquering the southern lands, bringing high-ranking characters to court, and revenge for the death of his father.
Crazy Luck: Sun Ce´s reckless nature helps him expand his domain with su