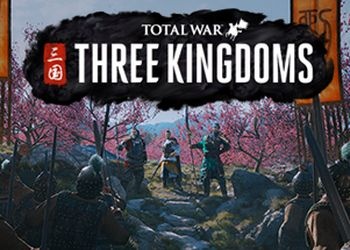 Total War: THREE KINGDOMS - this game from the most popular strategic series is devoted to the legendary military conflict in ancient China. You are in for an era of legendary heroes and the traditional for Total War combination of epic real-time battles and a deeply developed turn-based campaign.

Welcome to the new era of great conquests.

This beautiful country is divided and fragmented. She needs a new emperor and new ideals. Combine China under your rule. Become the ancestor of the great new dynasty, whose legacy will last for many centuries.

Choose one of the twelve illustrious warlords and get the rest to submit. Recruit to the service of great heroes. Defeat enemies in the economy, in development, in political intrigues - and, of course, on the battlefield.

Will you enter into strong alliances, fasten them with bonds of friendship and ensure that even the enemy treats you with respect? Or will treachery, intrigue and betrayal become your weapon on the way to victory?

Starting from scratch, you will write your own legend. The legend of the great conquests!

WARHAMMER II The Hunter and the Beast +BONUS Wholesale