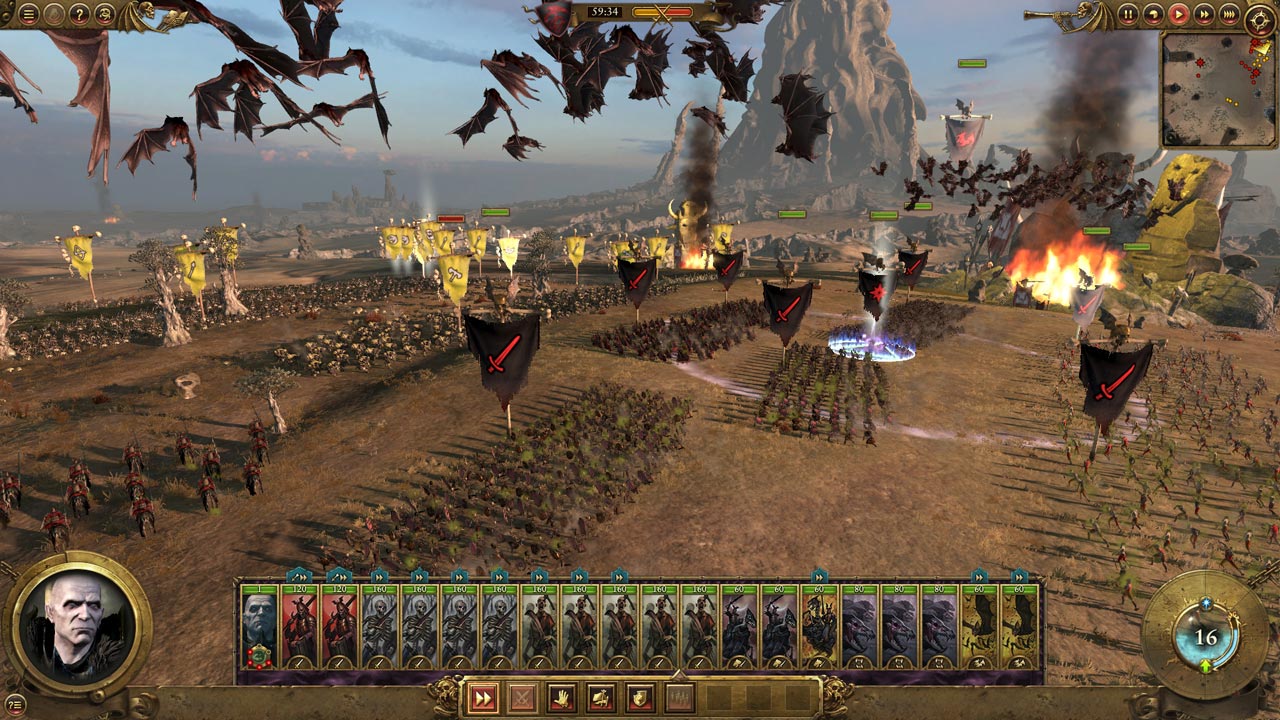 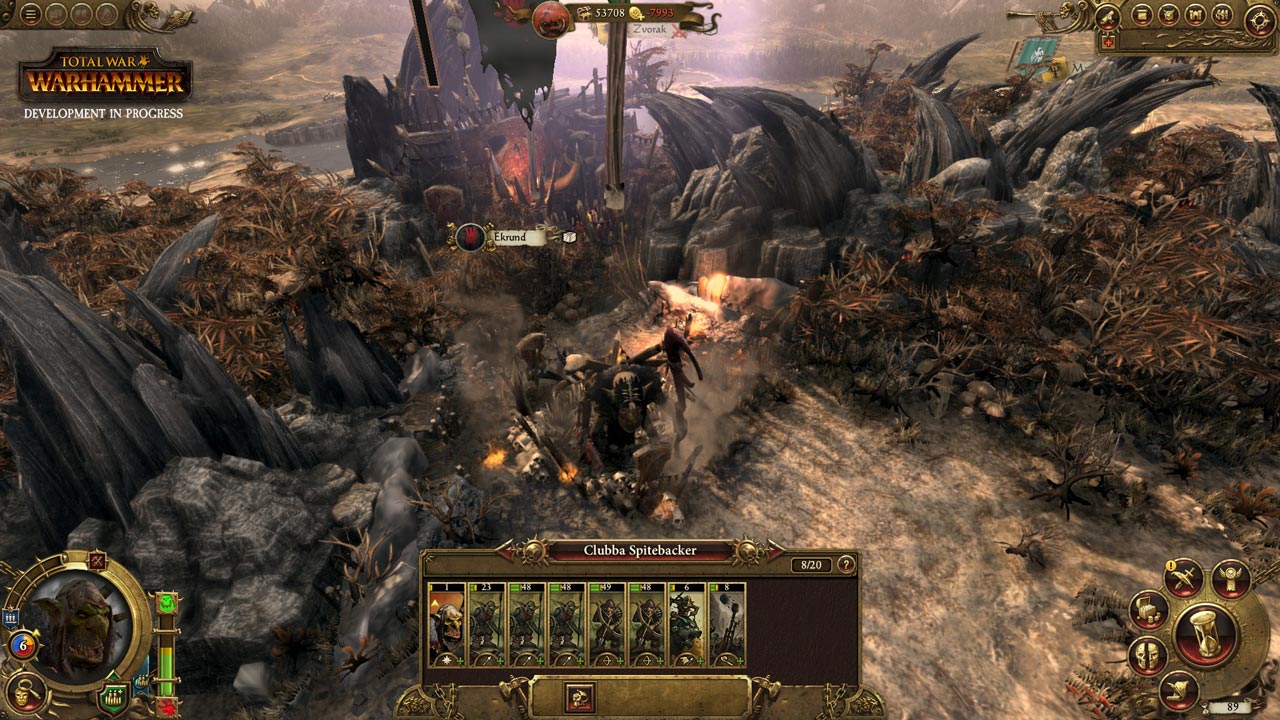 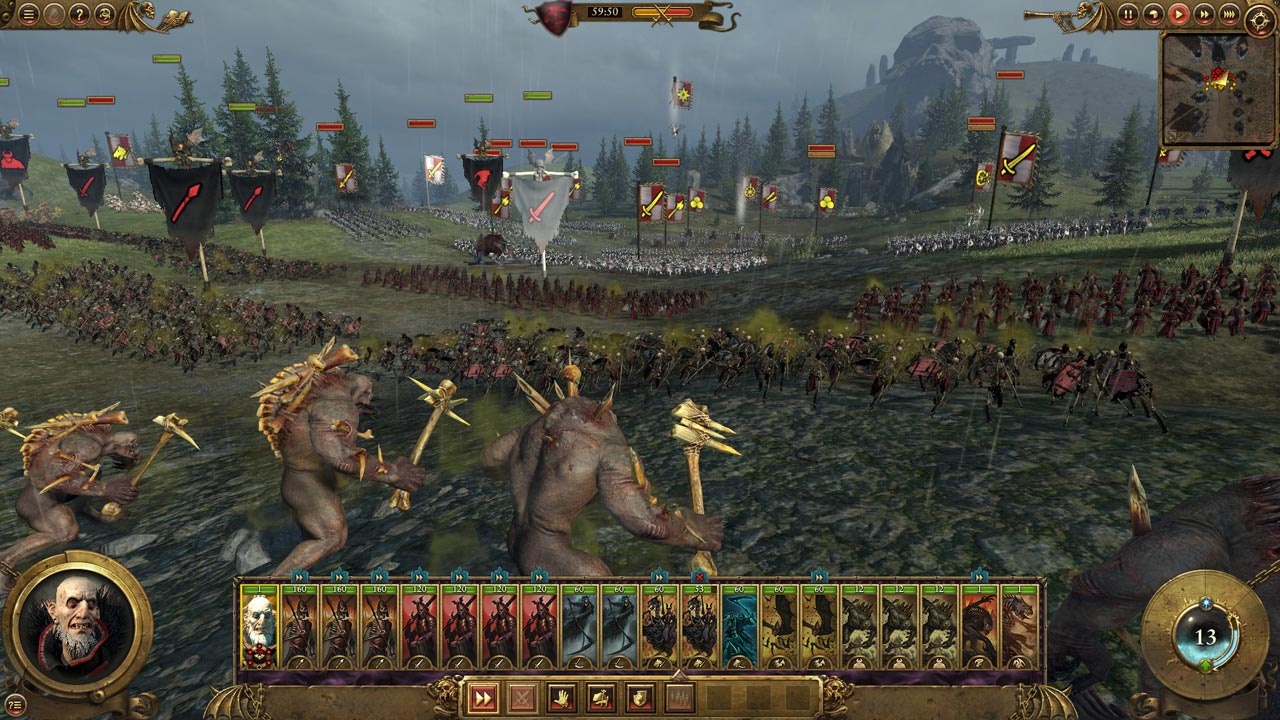 
DESCRIPTION:
Total War: WARHAMMER is a grandiose strategy game combining an exciting turn-based campaign in which you have to build your own great power and epic battles in real time. Its action takes place in the vibrant and unusual fantasy universe of Warhammer Fantasy Battles.
In this game you can lead any of the five unique races: Bretonia, Empire, gnomes, greenskins and counts of vampires. Each of them has its own characters, troops and features of the game mechanics.
At the head of your armies will stand powerful legendary lords from the annals of the world of Warhammer Fantasy Battles. Performing exciting chains of tasks, they will be able to find illustrious weapons, indestructible armor and deadly combat spells.
For the first time in Total War history, you can unleash magical storms on the enemy and conquer the heavens while riding dragons, wyverns, griffins, and other winged creatures.

KEY FEATURES:
• The eight lords of the four races will face all the hardships prescribed in the script, in their own way, solving the tasks
• Hundreds of hours of play can be spent in this stunning world of Warhammer Fantasy Battles, among magical creatures and legendary heroes who terrify the entire district
• Vindictive gnomes and bloodthirsty vampires, green-skinned orcs and goblins, as well as the brave warriors of the Empire: they all have unique gameplay, including a battle style, as well as their own set of troops, magic and development path
• An exciting story will unfold before you when completing unique story missions that your army, magic and countless helpers, of the most incredible kind, will help you complete
• A huge campaign map is generated from an excellent set of landscapes and creations, immersing you every time in grandiose battles and an exciting strategy of an unimaginable scale
• Supernatural creatures clash in a great battle, bringing destruction to one another. Giants, dragons, wyverns, griffins, creepy cavalry and the ubiquitous foot soldiers of all stripes growl, scream and stomp, tearing opponents to pieces
• Powerful spells at one moment can change the course of a bloody battle, melting armor and changing the fighting spirit of the combatants in one direction or another. Mages, necromancers and shamans will call for help such unpredictable and monstrous forces, which are even terrible to mention
• A great war broke out on earth and in heaven, whose name is Total War: WARHAMMER. A fascinating story, amazing graphics and an excellent combination of turn-based strategy game mechanics and large-scale battles will not leave anyone aside