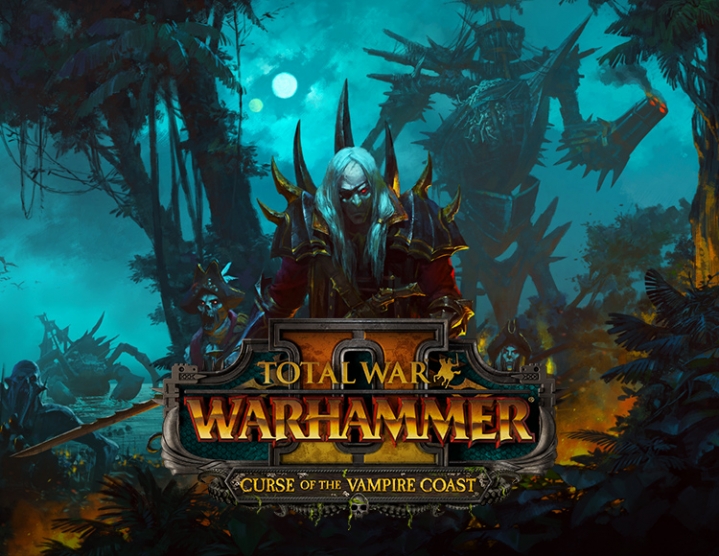 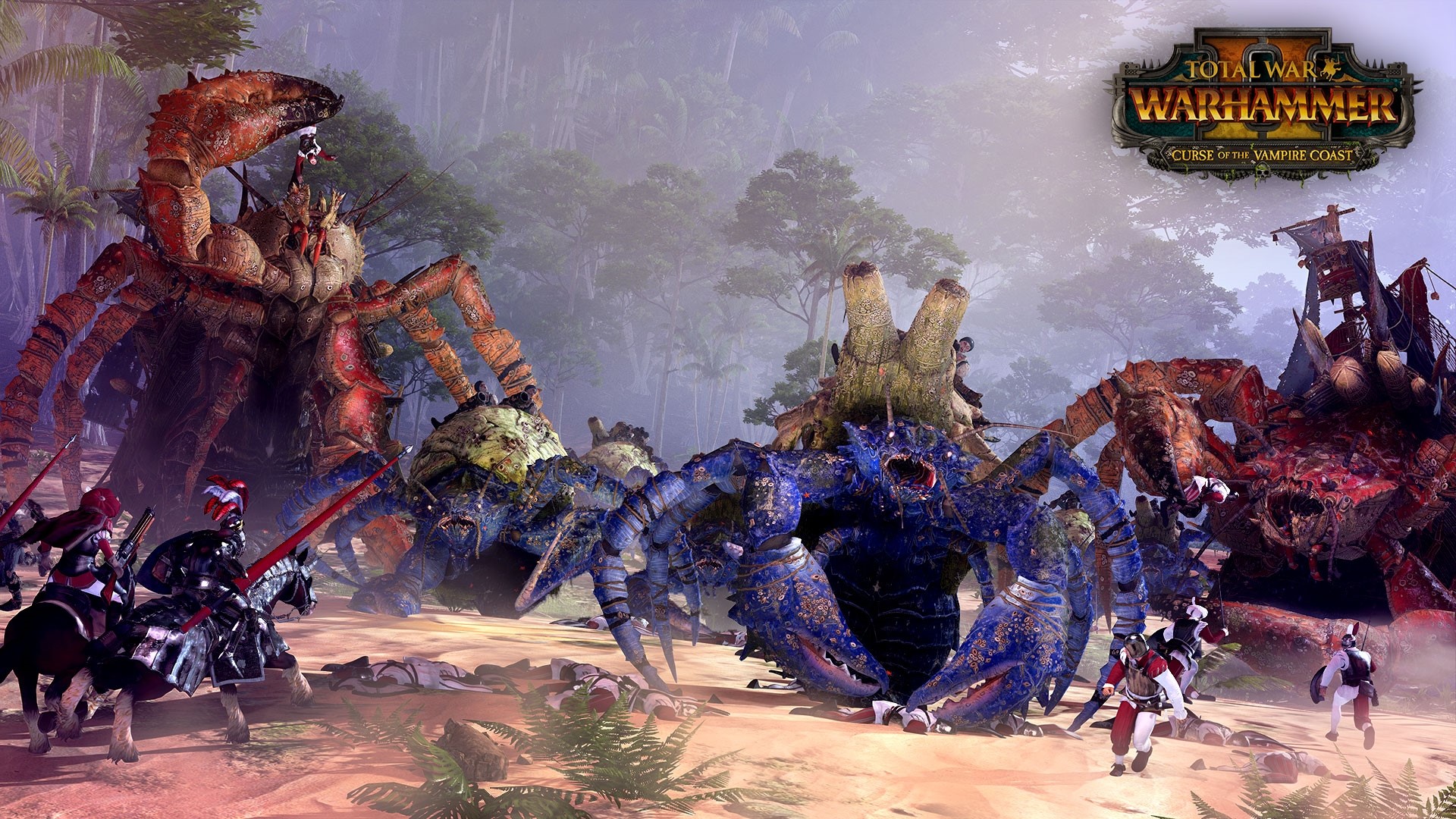 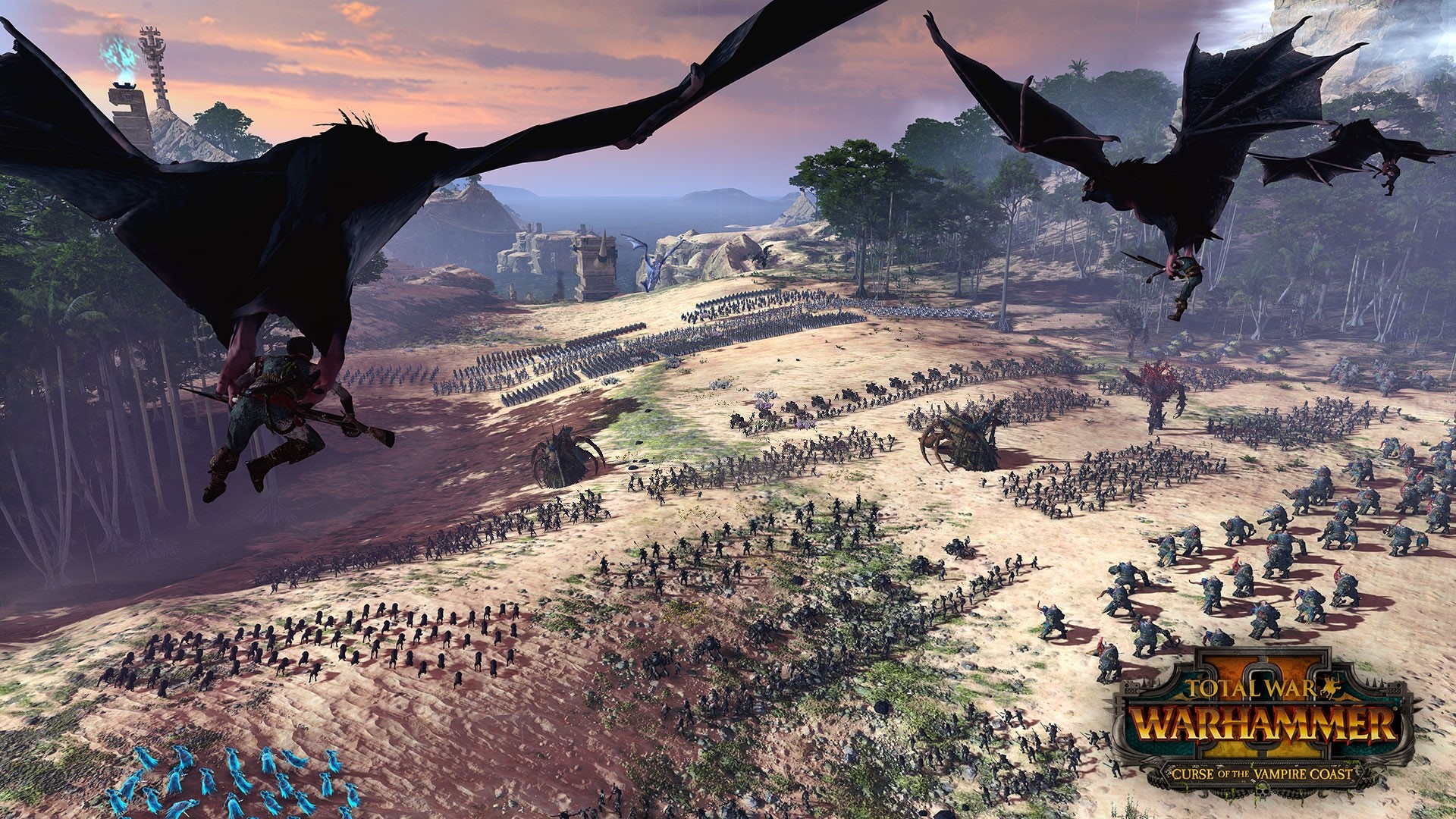 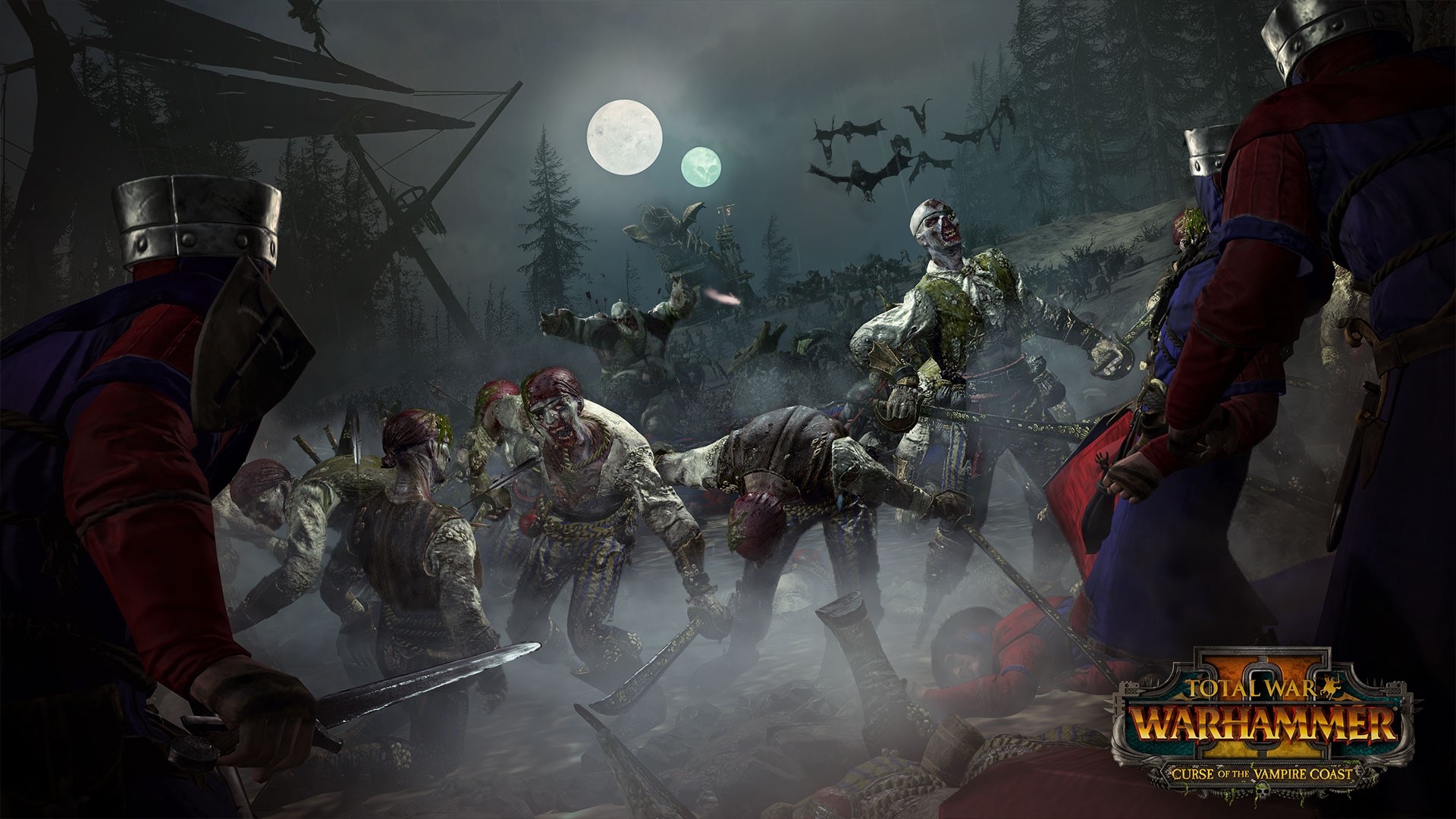 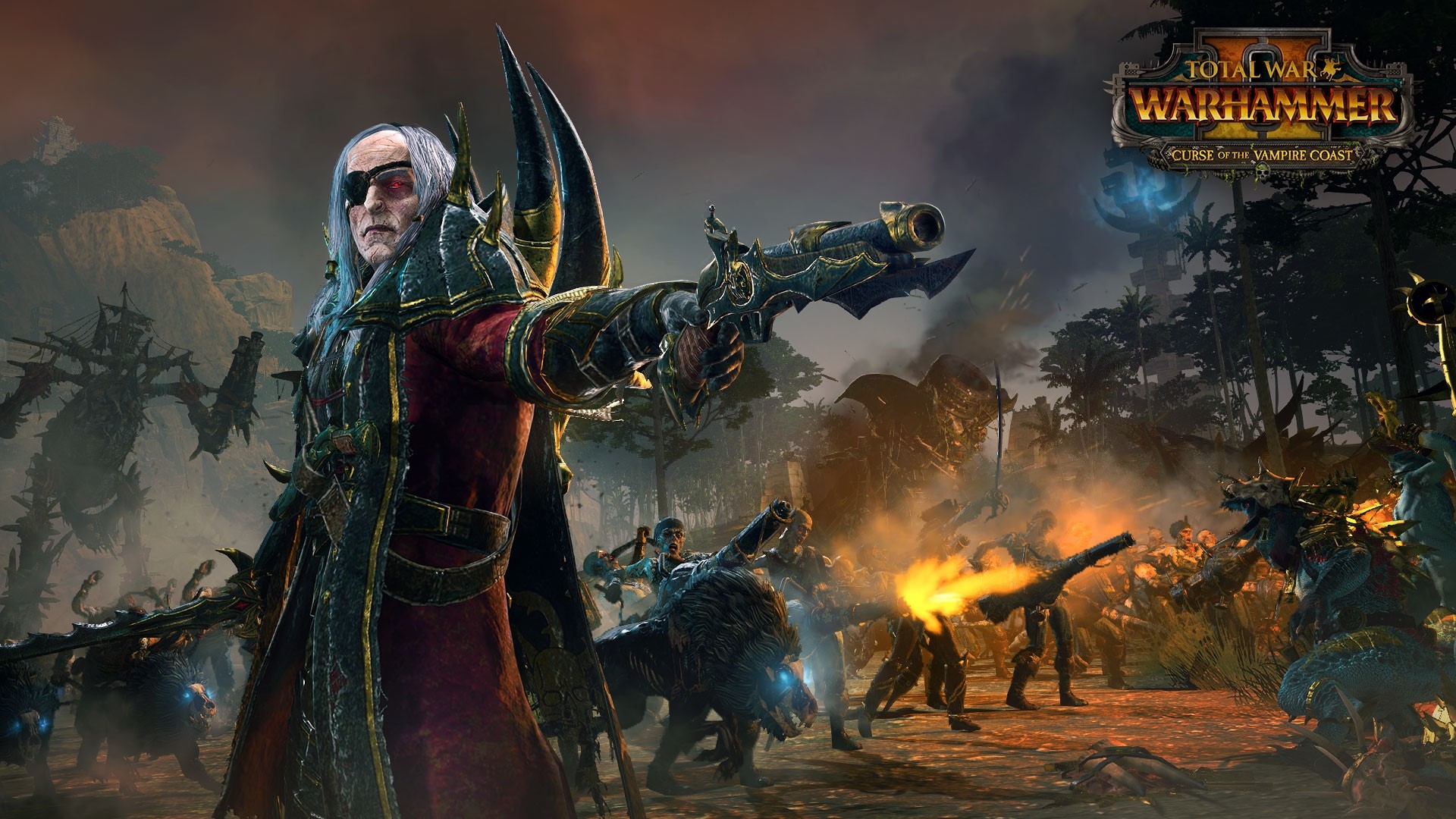 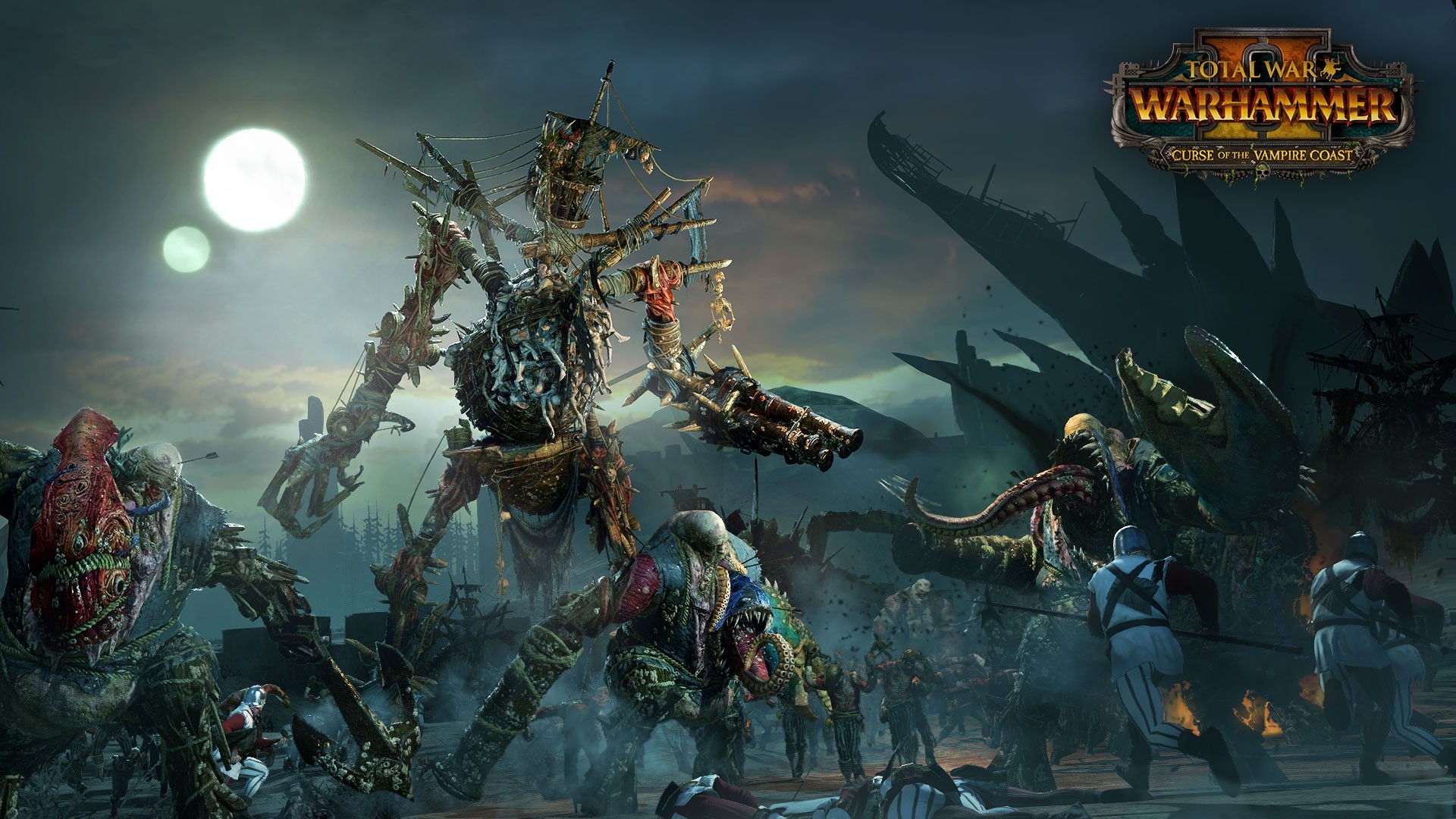 Description:
Attention! To start the game requires the presence of Total War: WARHAMMER II.
Night falls in Lustry. You are standing on the dock, peering into the thickening fog. Listen The jungle behind your back is subsiding, and a strange whipping sound is heard, as if a rotten rigging is slapping the moldy mast. The sound becomes louder, and soon a growl of dried sips is added to it, leading out to either a sailor’s or a funeral song. The noses of monstrous ships appear from the darkness, and you understand that the stinking winds brought rotting ships of the Vampire Coast to your harbor! Run. Run as fast as you can! For it is impossible to hold this force. Lord Luthor Garkon was the first to occupy the narrow isthmus on the east coast of Lustria. Since then, there are a lot of walking dead who make forays into the jungle or go to the Great Ocean in pirate raids. But the insane Garkon is not the only inanimate admiral, on whose ships are gathered zombies, guards of the depths, sirens and gloomy ghosts. There are other masters of pirates who have driven together to the eternal service of countless corpses and undead. These cruel sailors have long plowed the oceans, collecting tribute with blood and gold. But now, when the Ultuana Whirlwind is weakening, the captains have few ordinary treasures: the sea keeps a harpoon of star metal, and with this incredible weapon you can subdue even the greatest Mervirma to your will!

🟢Destroy All Humans!🔥XBOX ONE Key