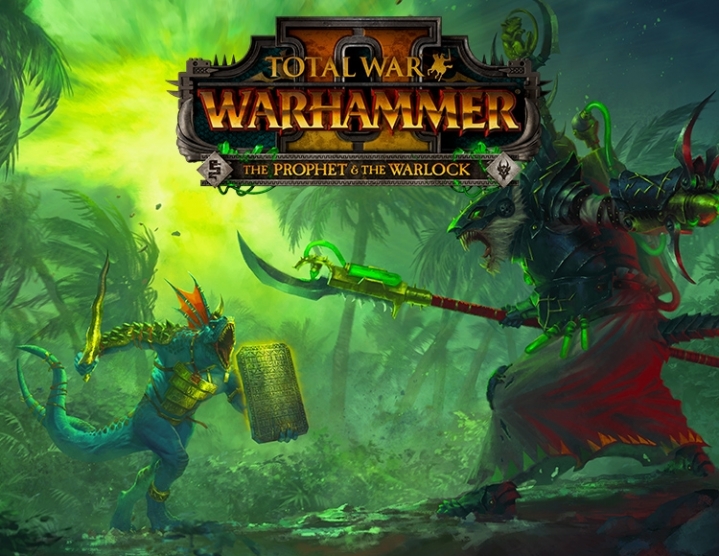 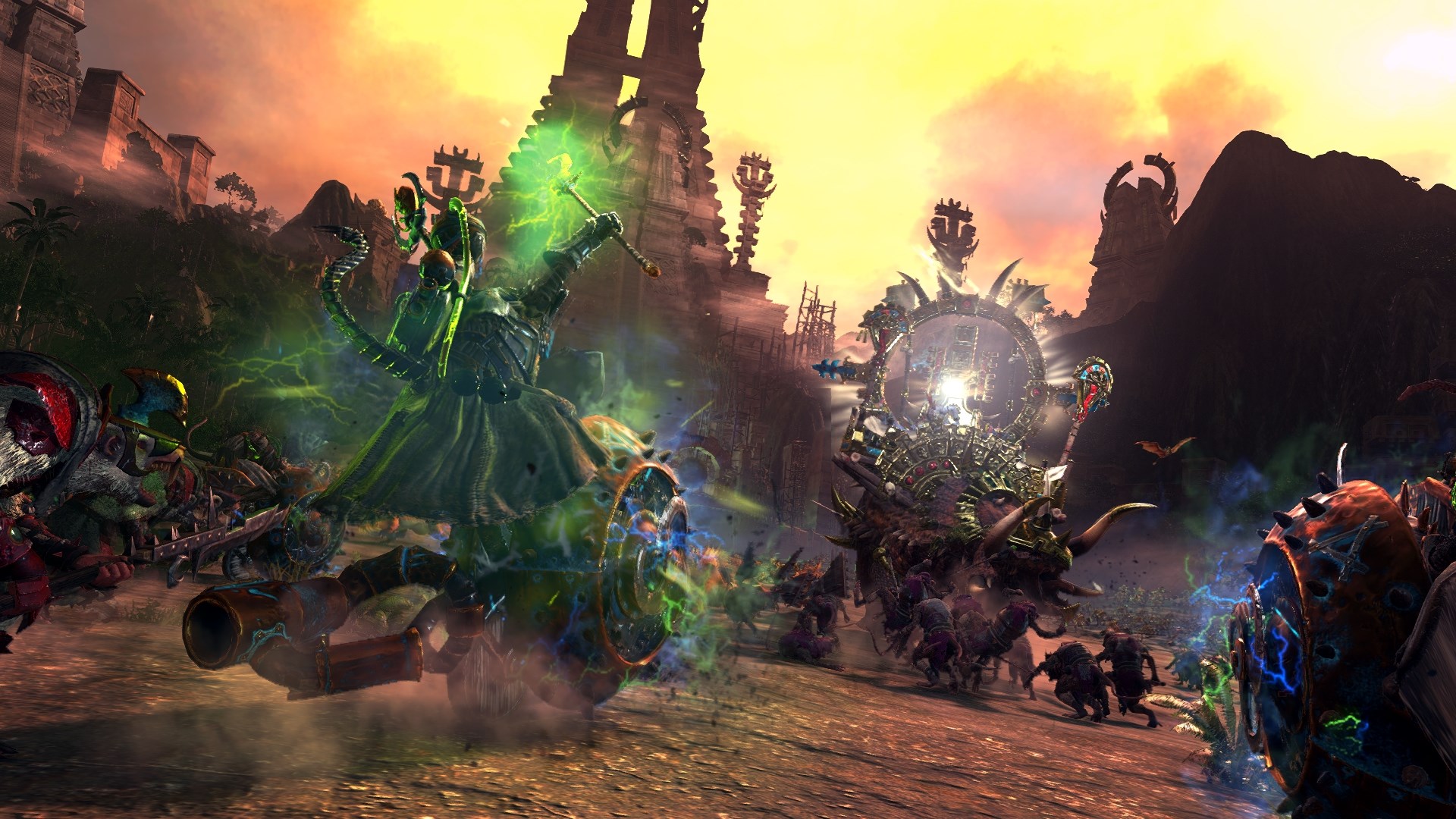 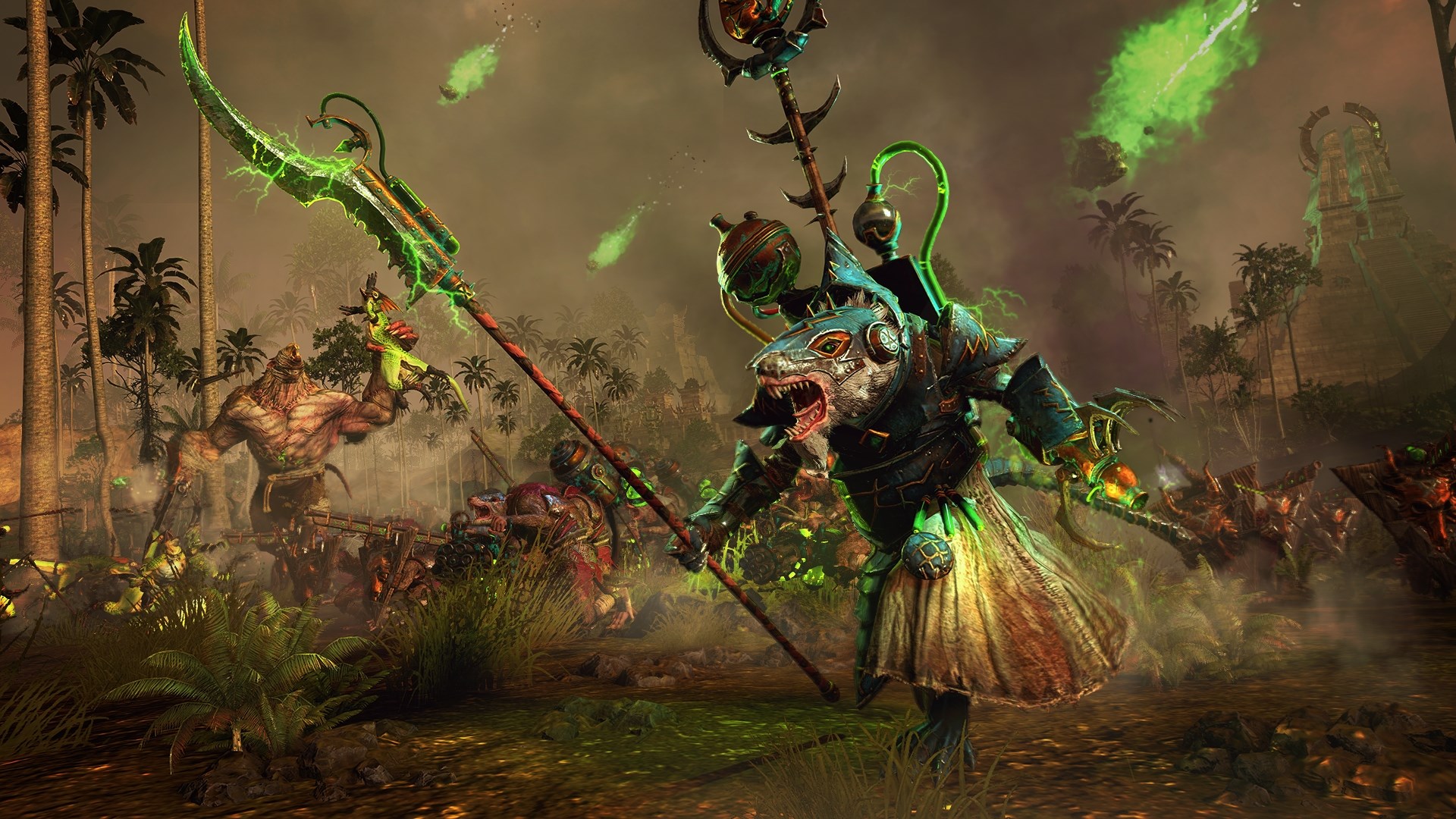 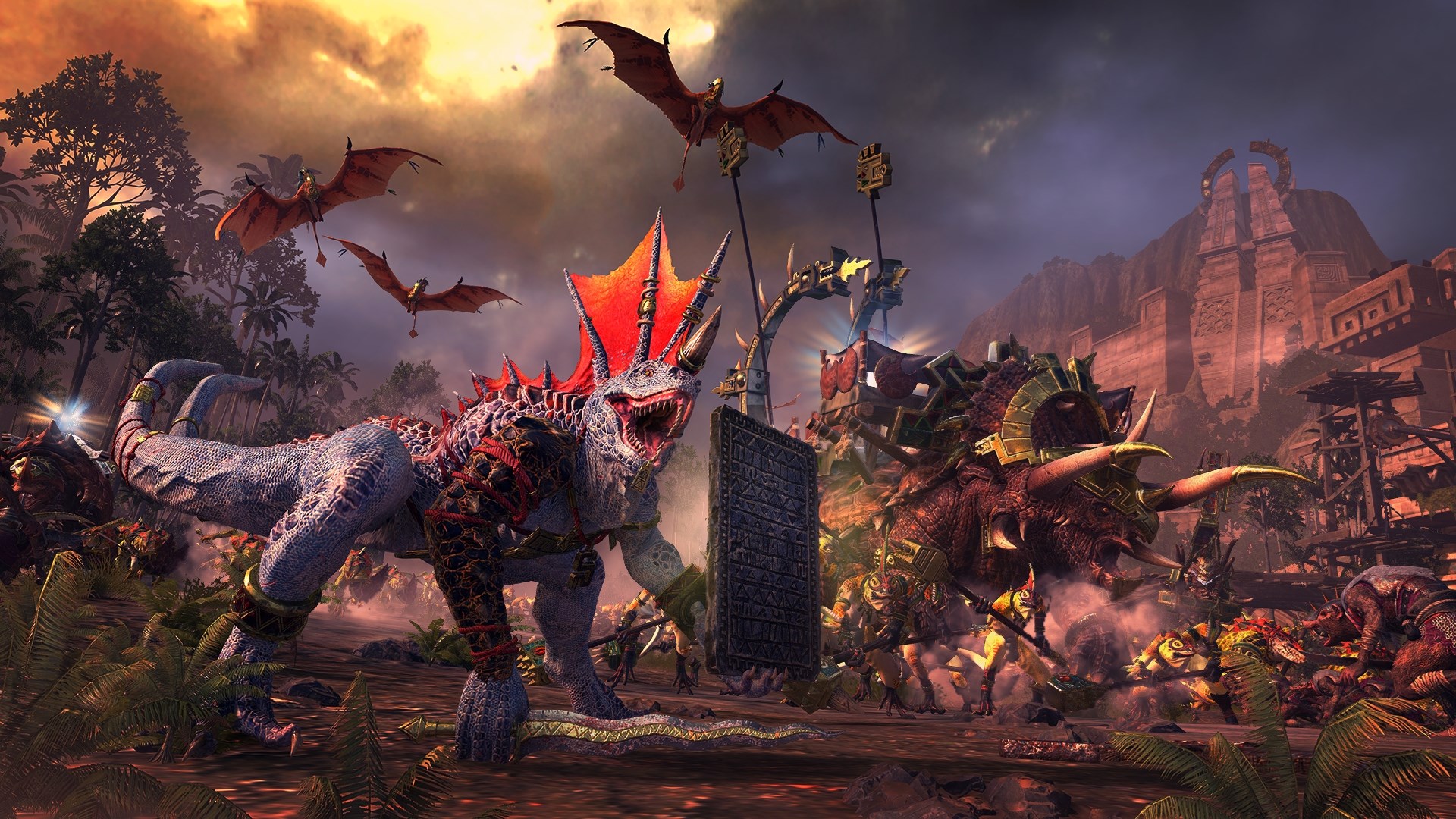 Description:
Attention! To start the game requires the presence of Total War: WARHAMMER II.
The Prophet & amp; The Warlock - a new set of lords for Total War: WARHAMMER II. He adds two legendary Lords of Warhammer Fantasy Battles to the game. These lords can be used both in the Vortex Center and the Mortal Empire campaigns, as well as in individual battles. Each of them has its own tasks, its own game mechanics, units and style of play.

Two legendary lords with new quest chains, legendary items and skill trees.
Play for the Skryr clan (skaven) or the Sotek cult (lujaschera), each of which has new unique game mechanics in the campaign.
Two new types of lords.
Nine new squads and their variants, including weapons calculations for the Krylesling guns and awesome ripperdactyls.
Destroy your enemies with the help of extremely powerful weapons - the Skryr Fatal Rocket, or summon the Serpent God himself on the battlefield with the Sotek Spell!
New famous squads that you can hire and take to the battlefield
Prehistory The great serpent-god, Sotek sleeps, but Techenhauin is awake - the most faithful of his prophets. Nasty skavens, peddlers of the plague, owed this world. They will pay the debt - in their own blood! Tehenhauin collects its Red-ridge skinks ... Soon the rite will begin. An abundant sacrifice will be made. Only when the altars of the city of temples fill the blood of skaven.