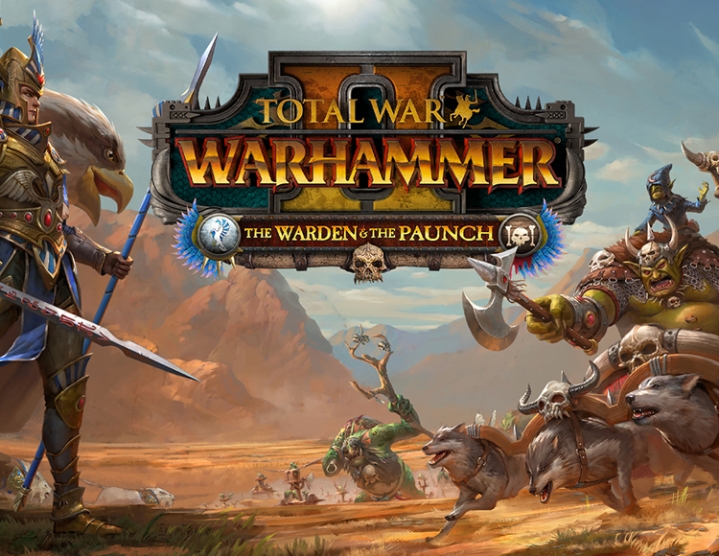 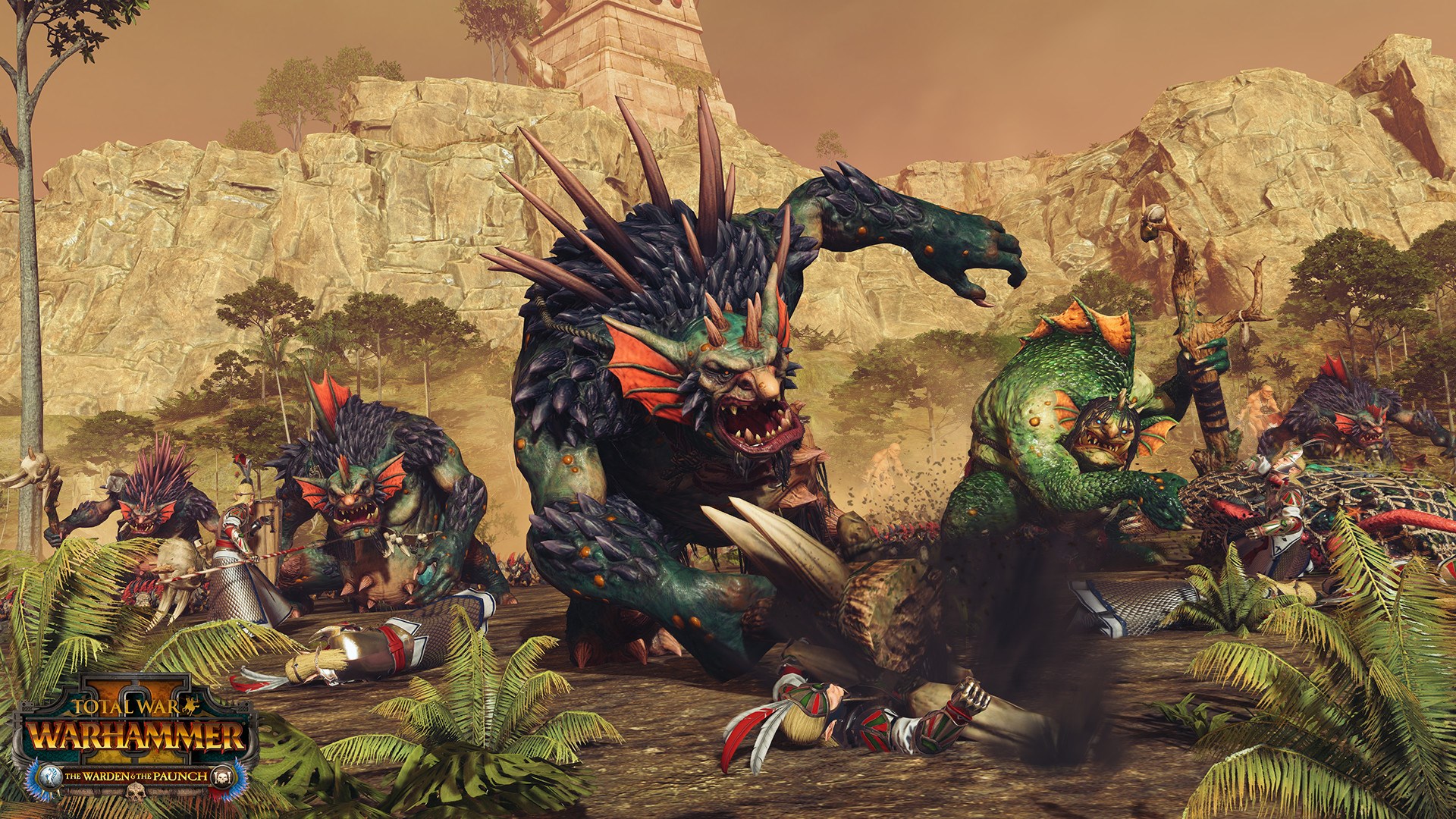 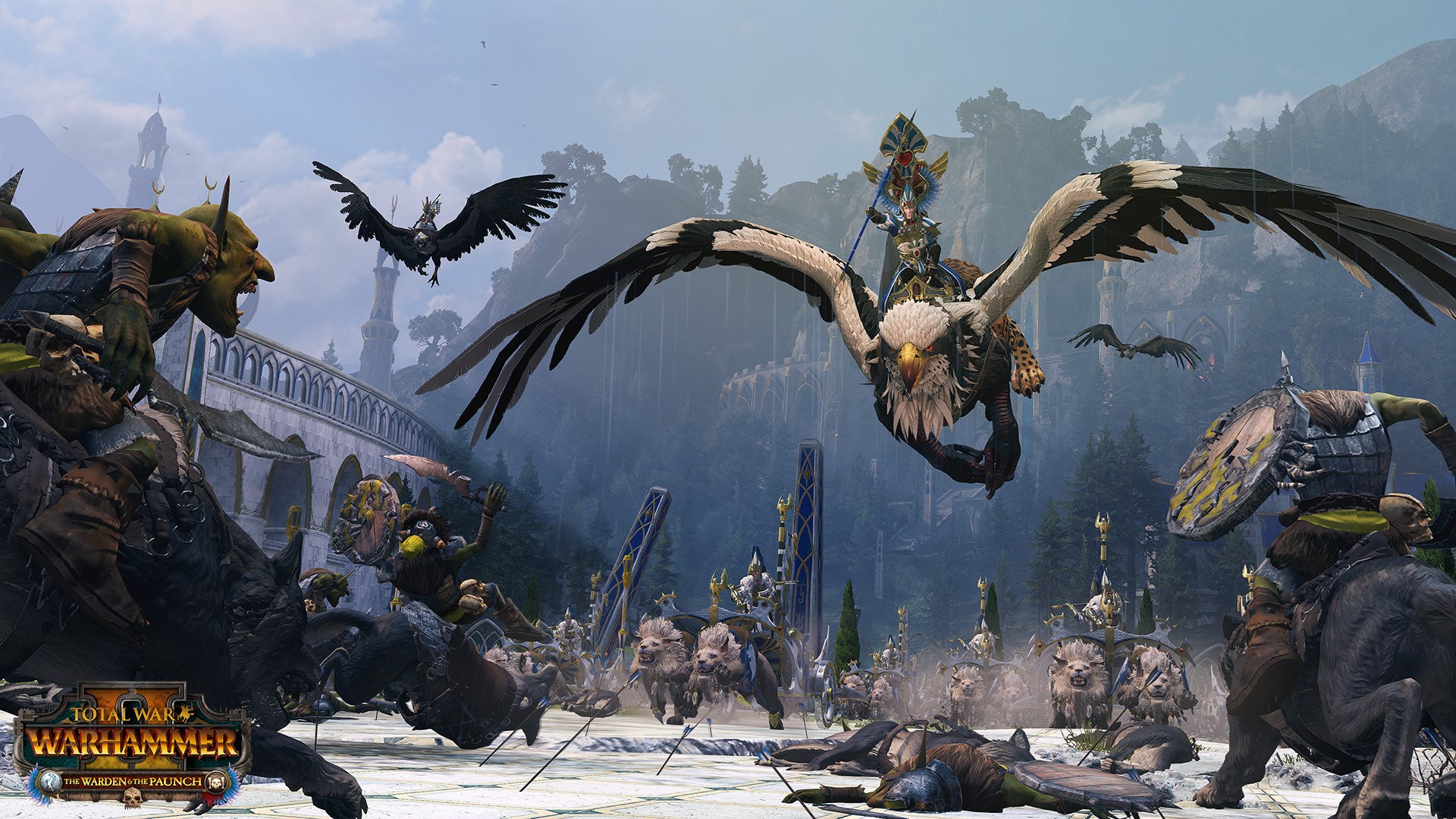 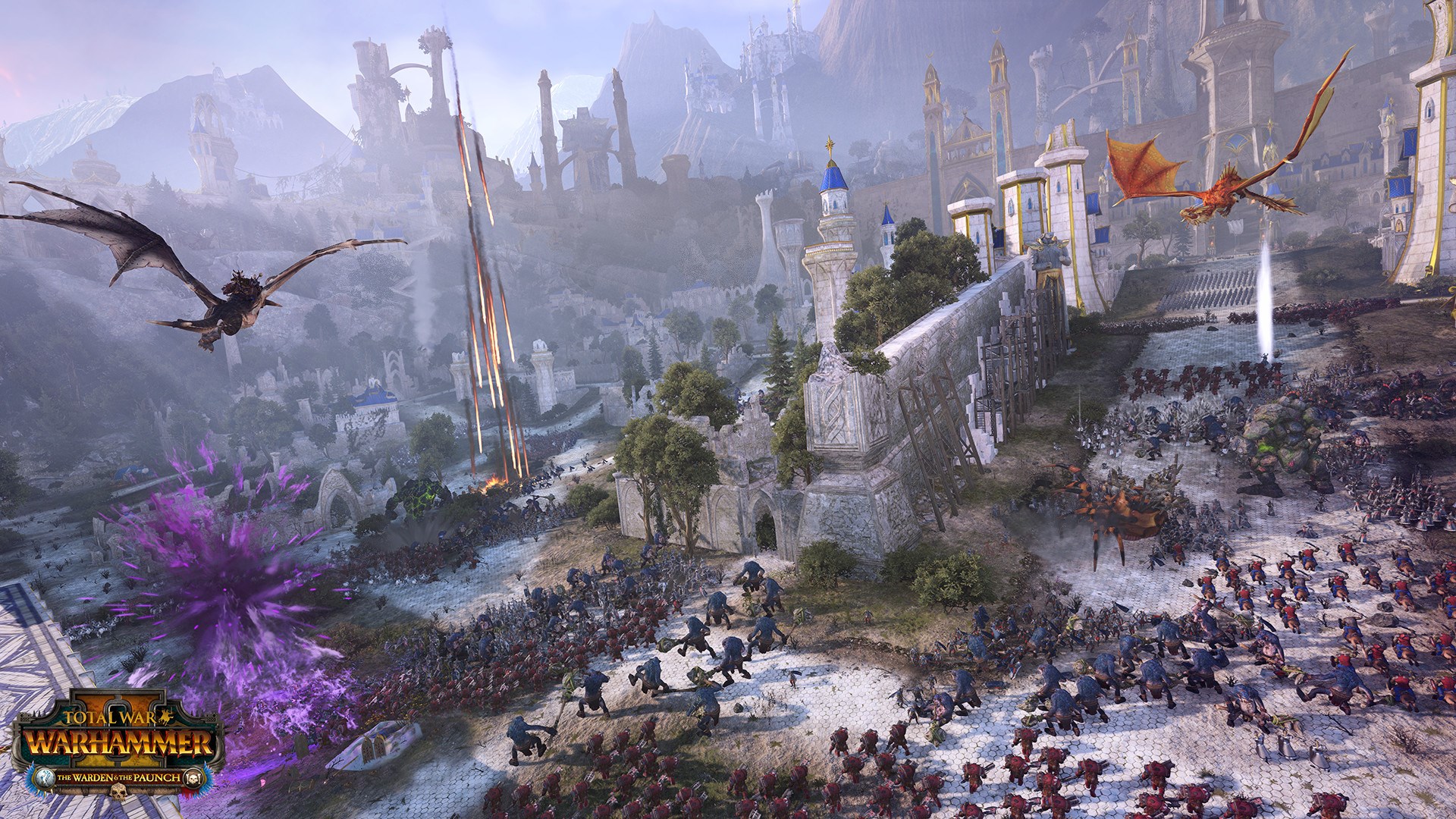 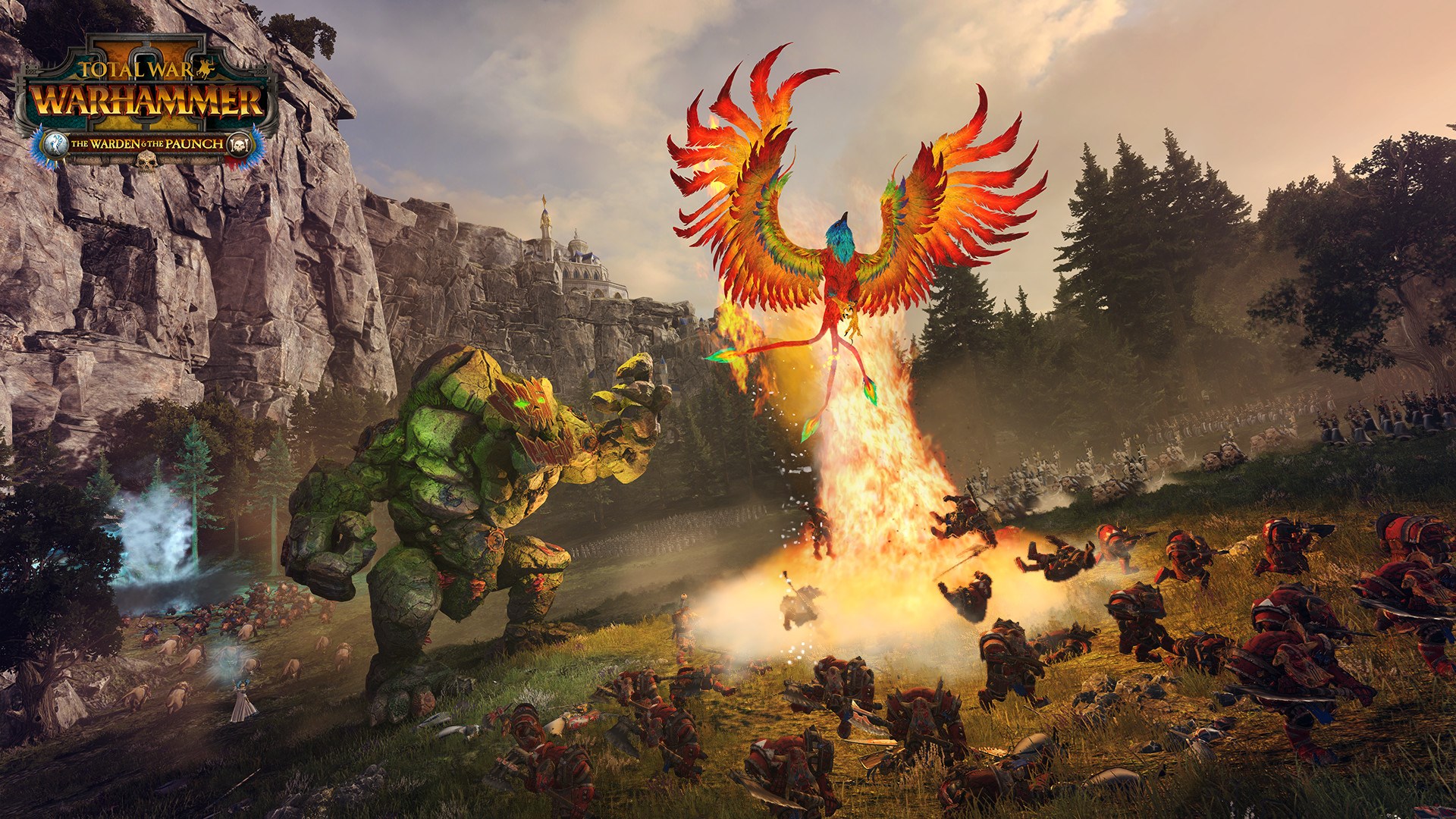 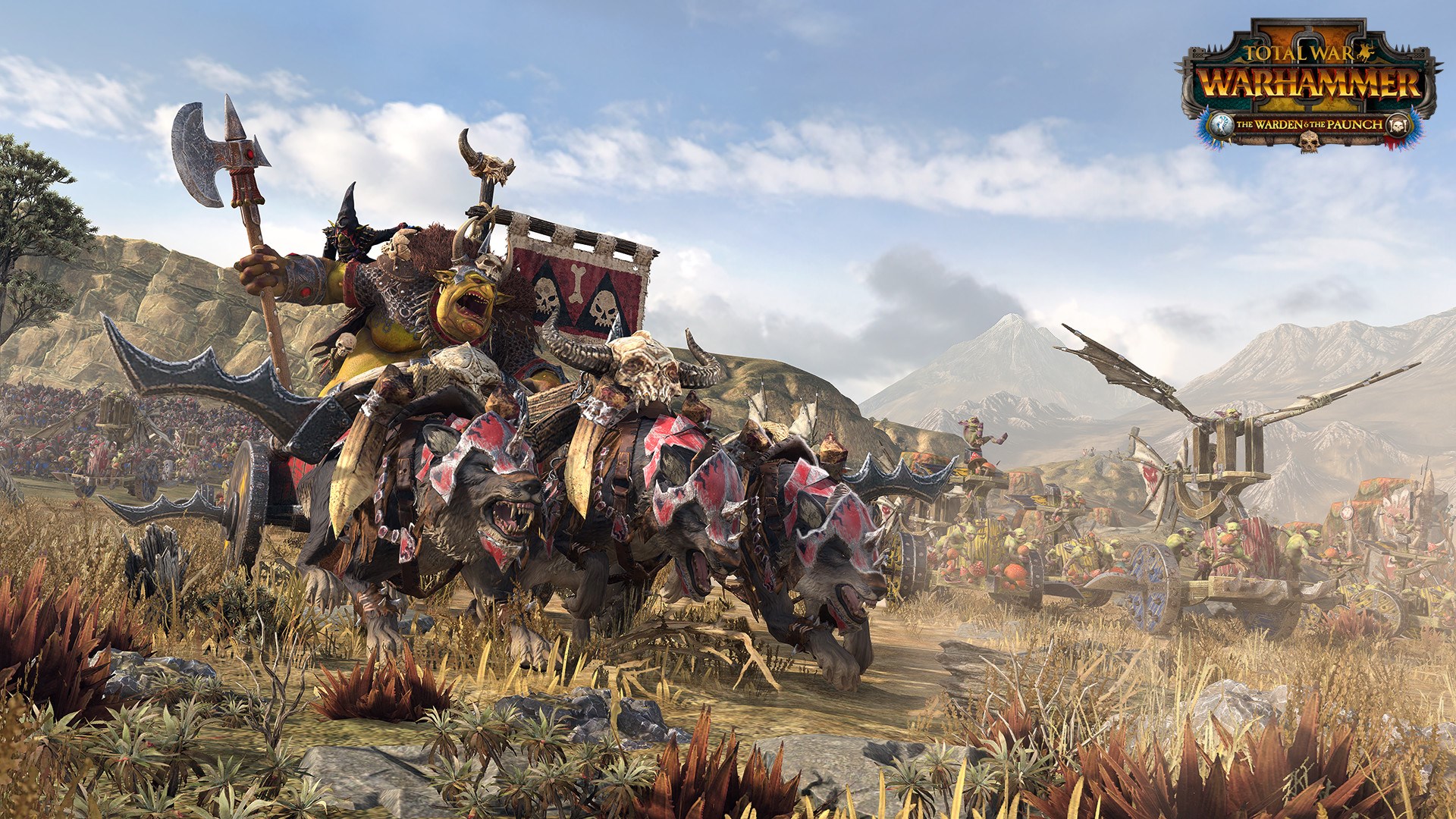 Description:
Attention! Requires Total War: Warhammer II to run.
The Warden the Paunch is a new set of Lords for Total War: WARHAMMER II. He adds two legendary rival lords and their factions from the world of Warhammer Fantasy Battles to the game, which can be used both in the Center of the Vortex and Empire of the Mortals campaigns, and in individual battles. They each have their own missions, game mechanics, squads and playstyle. Eltharion Grimface leads the warriors of the Yvresse (High Elves), and Thunder Puzan leads the Broken Axes (Greenskins) tribe. Yvresse and Broken Axes do not participate in the Whirlwind Race. Fate destined them to become eternal sworn enemies. Doomed to eventually face off in a decisive battle, in which there will be only one winner. Many years ago, Eltarion became the Guardian of Thor Ivresse and since then has tirelessly sought out signs of preparation of the greenskin attack. In the distant past, he traveled across the seas and fought the druchies of Naggarond. In his absence, Thor Ivresse nearly fell under the onslaught of a green wave as the legendary Waaagh of Thunder Puzan swept through Ulthuan. Having defeated Thunder and dispersed his hordes, Eltarion vowed that no more vile orc or goblin would set foot on the land of his homeland, but Thunder does not think so. His vast belly rumbles with the desire to get even with the enemy, and his thirst for revenge can be compared only with the colossal gluttony of the leader. One day, the goblins gathered around a gurgling cauldron. Fishing out and eating more and more tasty pieces, Grom began to think over his plans. He decided that he would gather everyone, from leaders to ordinary guys, bring them to a feverish frenzy, and then announce Waaagh, equal to whom he had never seen the light of. This time Thor Ivresse will fall, and his proud Guardian will kneel before the mighty Puzan! High Elves - Eltarion Grim Face (Ivresse) Unique faction mechanics: Athel Tamara In a remote corner of Ivresse, on the slope of one mountain, there is the fortress Athel Tamara - the main headquarters of Eltarion. Thunder destroyed it during the last Waaagh campaign, but Eltarion is considering rebuilding it to strengthen the defenses of Thor Ivresse. In the campaign for Eltarion, the citadel of Athel Tamara is presented as a new panel where buildings can be restored, gaining unique advantages. In addition, Eltharion can use the brand new Guardian Cage ability against enemy heroes and lords in battles. Once under the influence of this ability, they will be captured and taken to the prison of Athel Tamara for interrogation ... In Athel Tamara there are several buildings to be restored, divided into two unique chains. Each of them not only strengthens the defense of Tor Ivresse, but also gives something of its own.
The Silent Guards chain strengthens Thor Ivresse´s defenses, allowing you to recruit and upgrade select units of Mistwalkers, as well as recruit more unique elite units available to Eltarion.
The Watchers of Ivresse chain allows you to interrogate captured heroes and lords, increase the fog of Ivresse and increase the influence of Eltarion.
By interrogating, breaking and persuading prisoners, Eltharion can receive useful information and other benefits.
Mist of YvresseThe Tor of Yvresse will become increasingly enveloped in an enchanted mist that empowers all Eltharion troops and hinders enemies caught in it.
It gives armies the unique ability "Shrouding Mist", which affects the combat effectiveness of your troops in battles in the fog.
As the fog intensifies, Athel Tamara upgrades will provide additional effects.
If you systematically increase the power of the