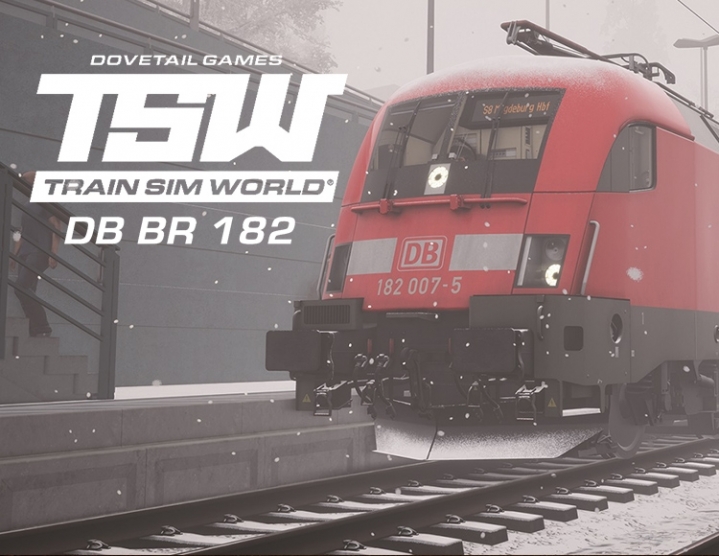 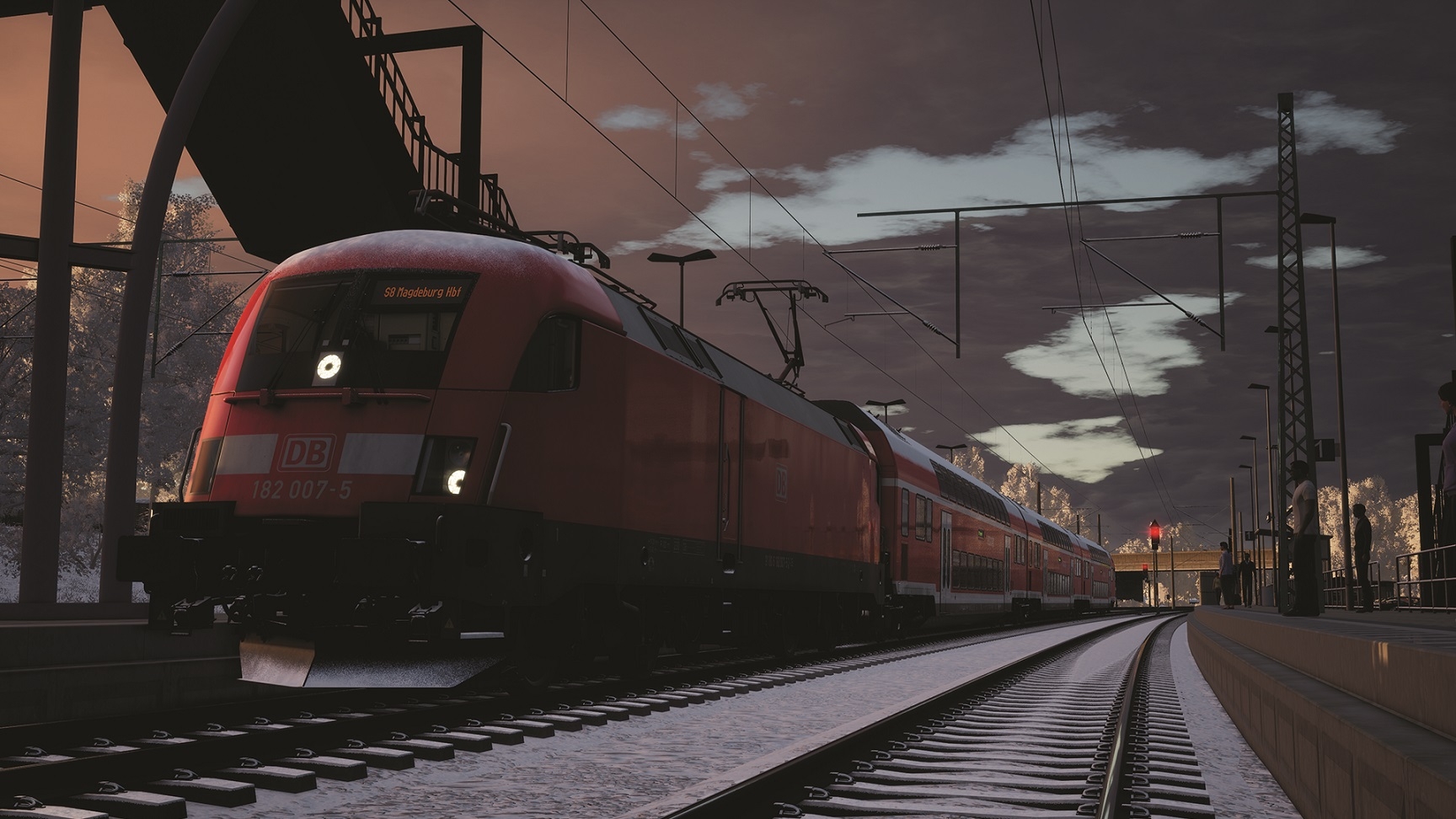 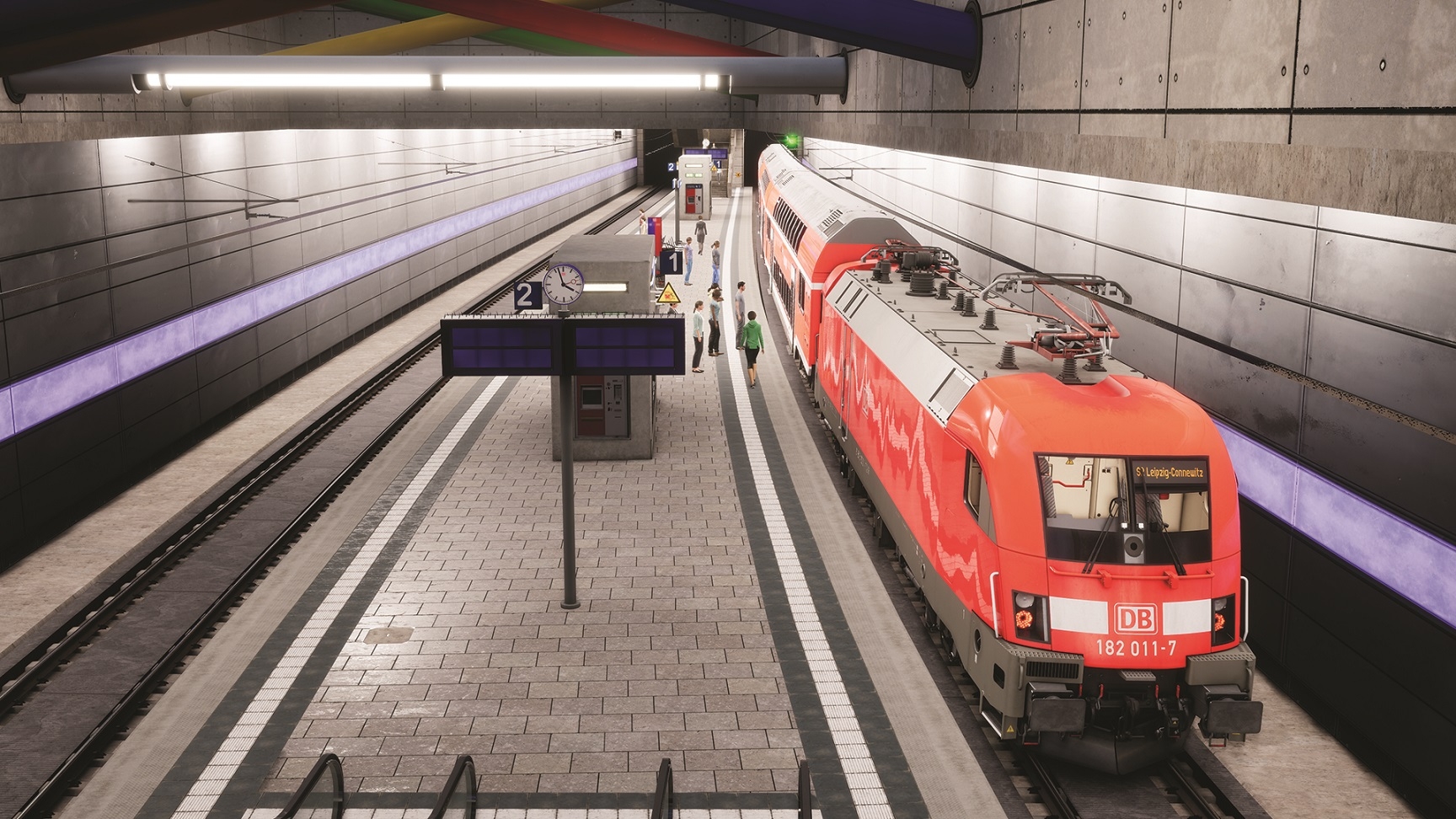 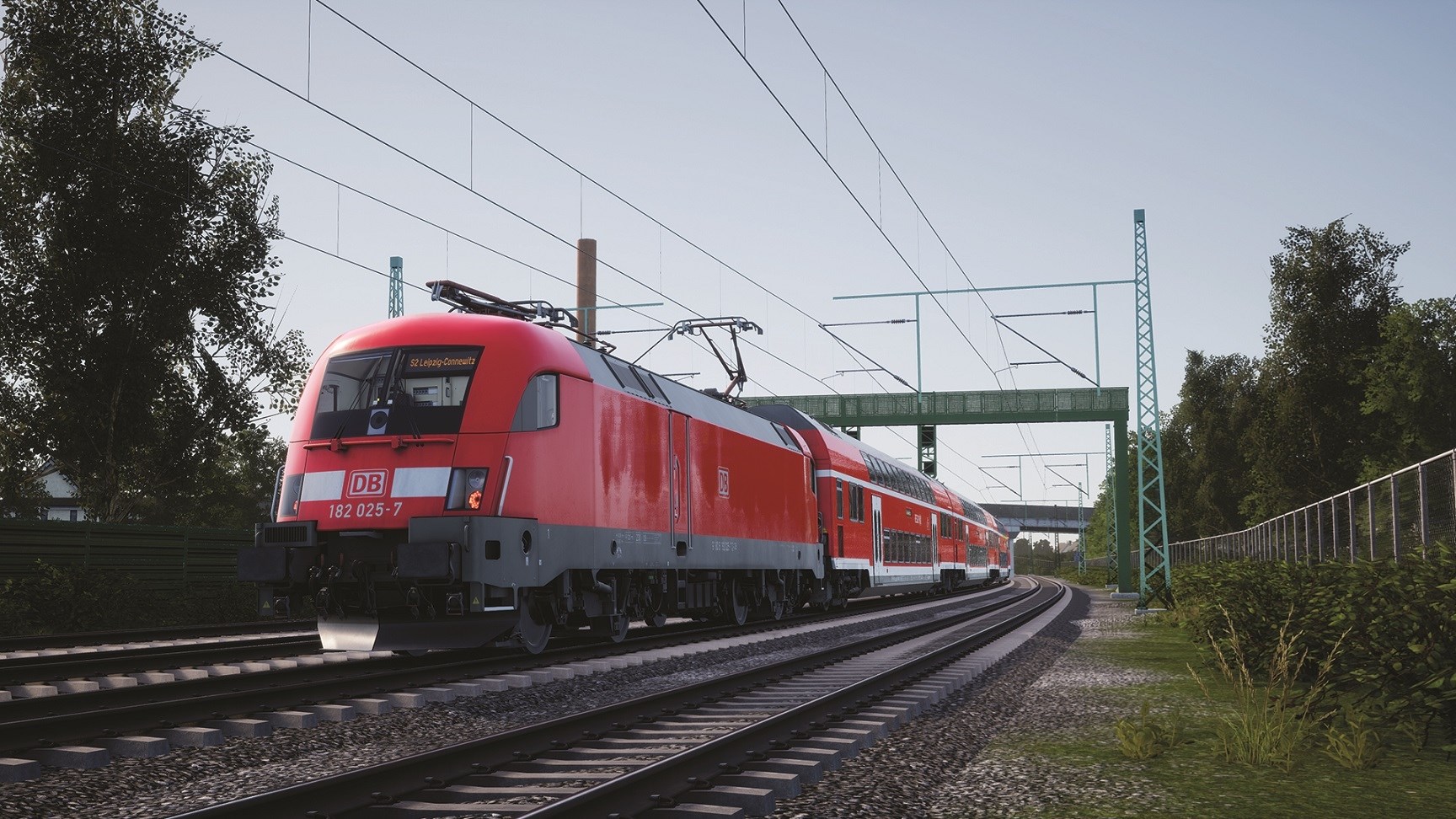 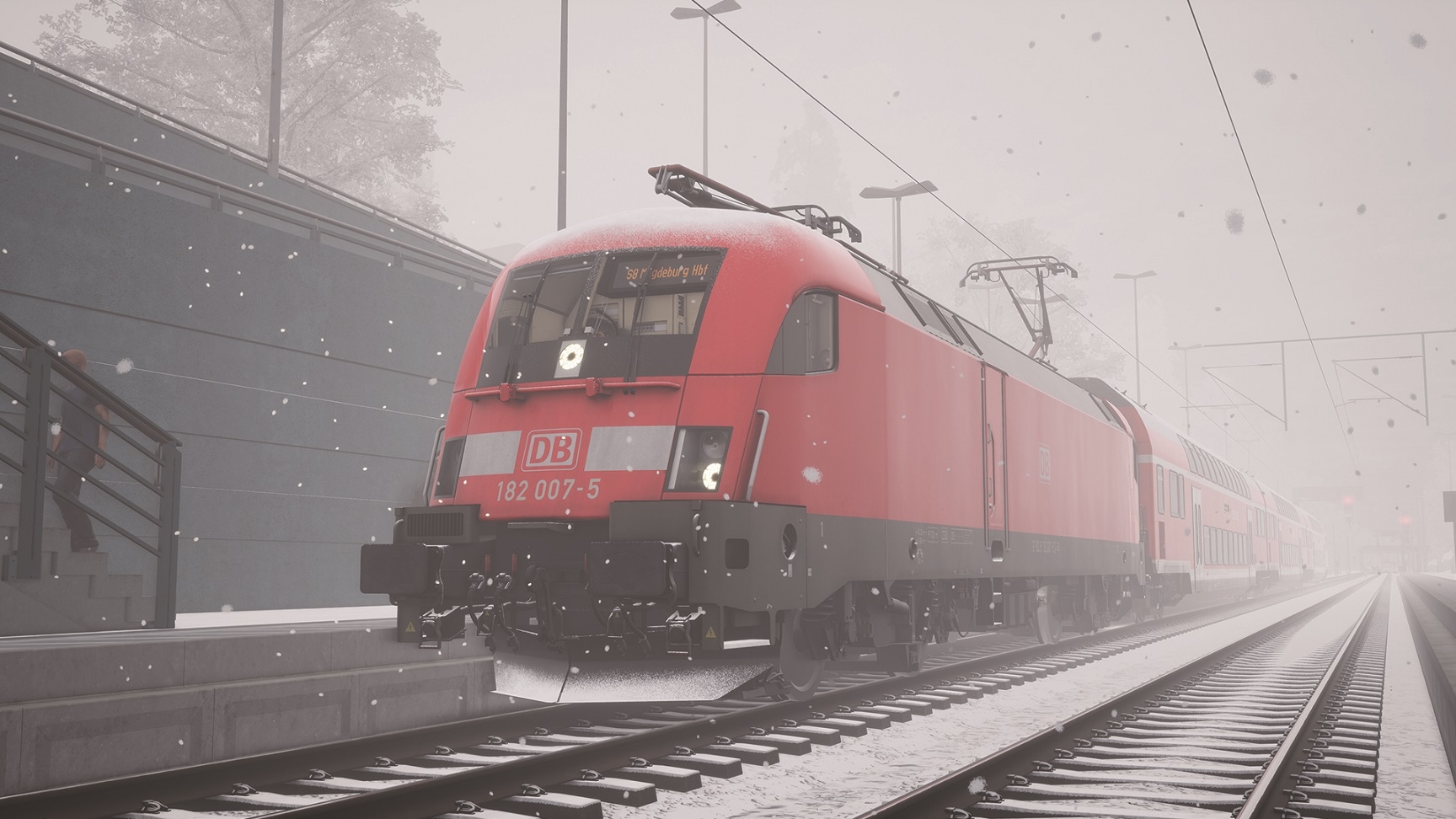 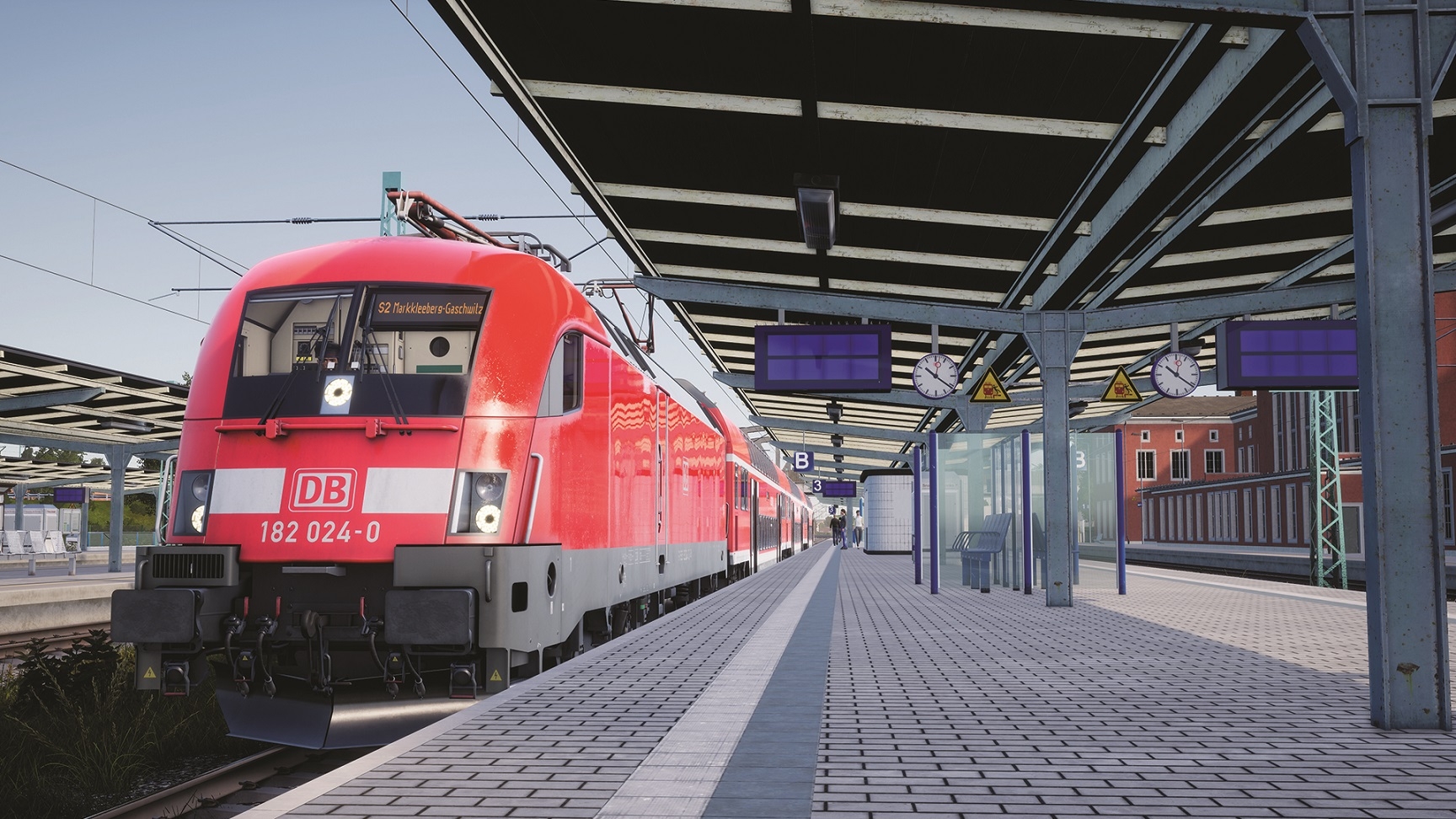 Description:
Attention! Train Sim World 2020 is required to run.
Electric locomotives DB BR 182 are manufactured taking into account the latest technologies and safety standards, and are capable of performing any job, regardless of the original purpose and region of use. Deutsche Bahn has ordered 25 of these versatile locomotives that can be used for both freight and passenger transport on the railways of Germany and Austria. Since its inception, the DB BR 182 series electric locomotives have often been used to temporarily replace other rolling stock, especially on commuter networks. during the renewal of the train fleet. This was also the case on the S2 S-Bahn route in Central Germany, when the DB BR 1442 trains ordered to renew the rolling stock did not arrive on the line quickly enough, and DB BR 182 were put into operation to work with double-deck cars. the best acceleration rates in the world. But they are known not only for this - during acceleration, asynchronous traction motors "sing" the melody "Do-Re-Mi", playing 13 notes, after which their sound becomes more familiar. In addition, engines are commonly used for braking, playing the same notes in reverse until the locomotive stops. The DB BR 182 locomotive for Train Sim World will add a bright red color to the Rapid Transit route and introduce the S2 S-Bahn line in Central Germany across as of the time the DB BR 1442 electric trains were still in the delivery process. Note: This add-on requires a Rapid Transit route (included with Train Sim World), sold separately.
Electric locomotive BR 182 in bright red paint from DB
Double-deck wagons DB DoSto with control wagon in bright red color from DB
Accurately conveyed behavior and characteristics of the locomotive
Detailed cockpits with interactive controls
Characteristic melodic engine sounds during acceleration and deceleration
Includes three exciting missions and interactive tutorials for the Rapid Transit route
Available in Train mode for the Rapid Transit route and contains a number of additional timetables that will increase the number of trains on the line