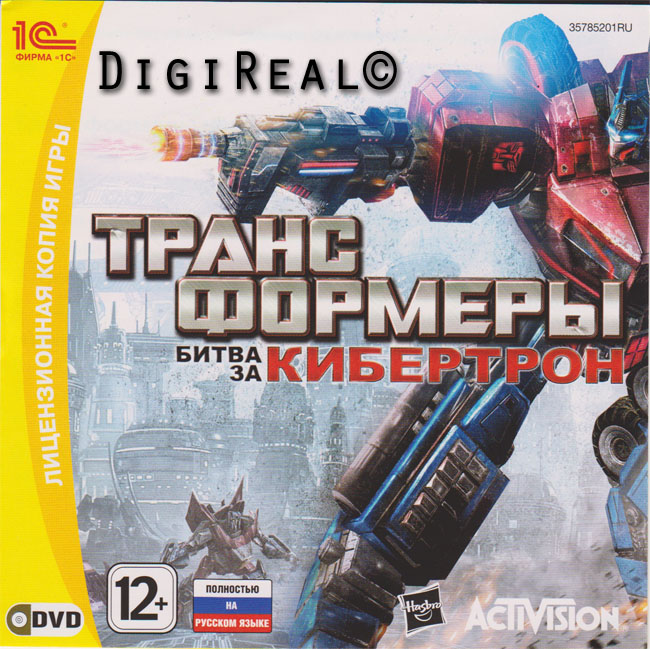 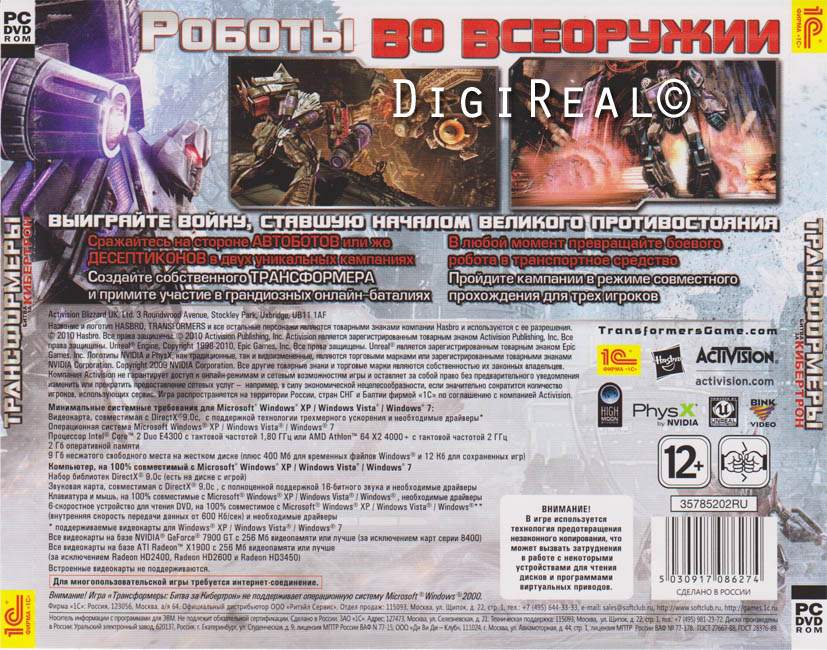 Instant delivery!
The license key activation of the box with the game Transformers: War for Cybertron from the company "1C".

Win the war, which became the beginning of the great confrontation! The war that erupted long before the Transformers came to Earth. The war for dominance in the Cybertron - home planet of mighty robots.
Two large-scale campaigns allow everyone to make their choice: to protect Cybertron, speaking on the side of the noble Autobots or try to enslave the planet, fighting in the ranks of the treacherous Decepticons.
Fully in Russian.

Features:
• Fight on the side of the Autobots or Decepticons in two unique campaigns.
• Create your own transformer and take part in the grand online battles.
• At any time Turn fighting robot into a vehicle.
Complete the campaign mode of playing together for three participants.

NOTE: The key can not be activated in the Steam!
NOTE: To activate the key, you need to have a license disc or original distribution of the game! You can download the game on the Internet, or take a drive with friends.

Related to item "Transformers: War for Cybertron. Scan from 1C.":