Travel themselves - Israel and Palestine 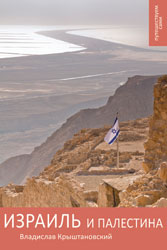 wladislavk information about the seller and his items
offlineAsk a question

The territory of the State of Israel - one of the busiest places in the world. It is difficult to drive a few miles and not stumble on something interesting. The ruins of ancient cities, sacred places of Christianity, Judaism and Islam, magnificent museums, medieval quarters and modern skyscrapers, quickly replaced natural areas - this is Israel, which will look independent traveler. In addition, Israel - the only developed country that takes in tourists from Russia and Ukraine without a visa.

- Detailed description of all the exciting cities of Israel, a number of national parks, as well as of the Israeli way of life.
- Information on the mode of entry visas, air and land border crossing for citizens of the CIS and Israel.
- 22 map showing all of the objects described in the book.
- Timetables of trains and buses all described items.
- Describe the six major cities of the West Bank - education, which in some respects is similar to a separate state, and in others - to an integral part of Israel.

Related to item "Travel themselves - Israel and Palestine":