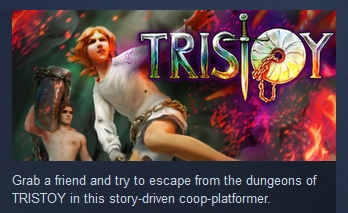 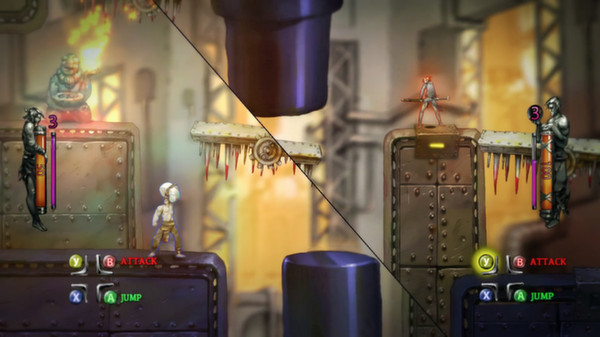 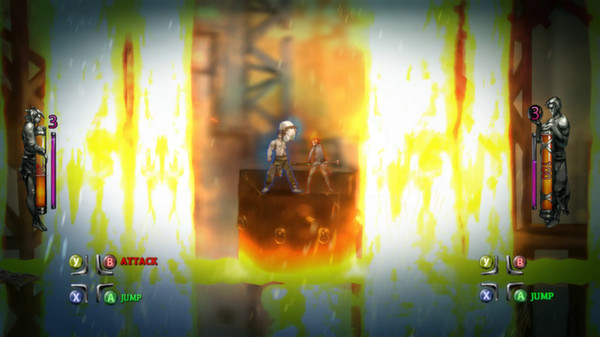 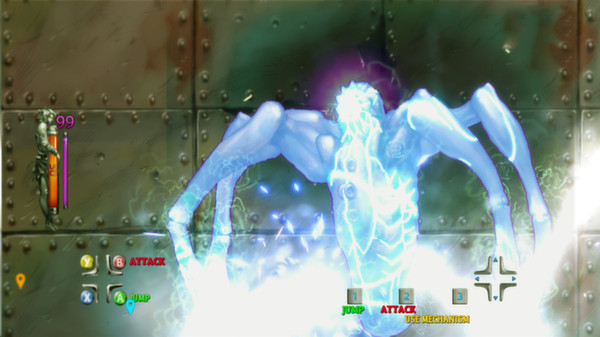 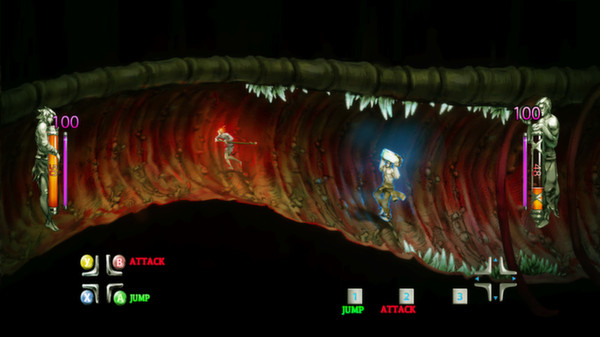 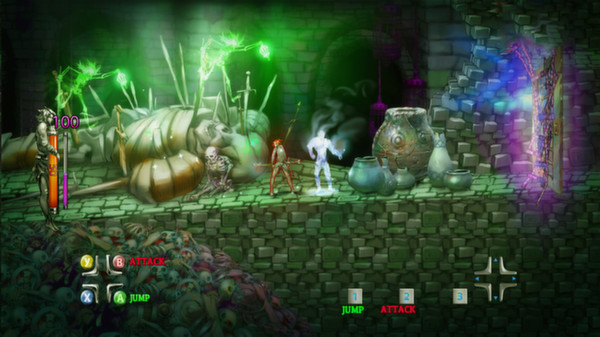 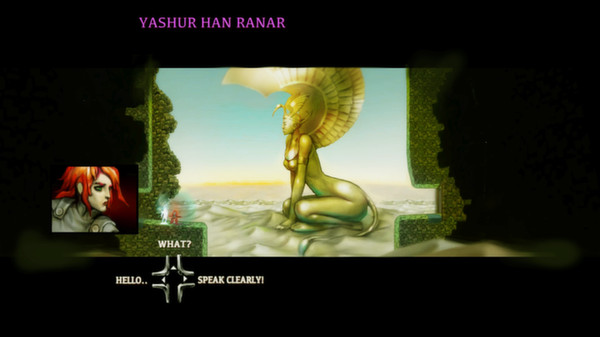 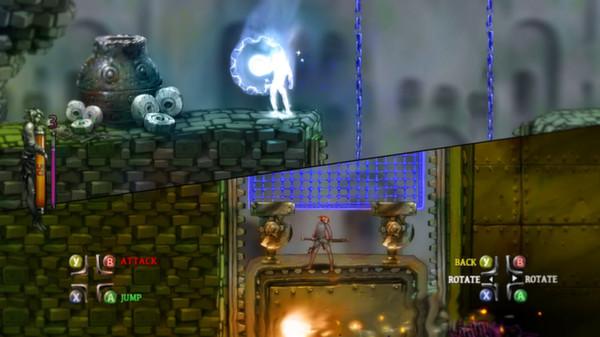 http://store.steampowered.com/app/303260/
💎💎💎💎💎💎💎💎
TRISTOY is a story-driven 2D co-op platformer designed from the ground up exclusively for two player co-operative gaming enjoyment!

Set in Tristoy, an ancient fortress in the middle of the Sea of Shards you play together as Prince Freedan and the Wizard Stayn. You and a friend are forced to team up to try and escape the dungeon and defeat a common enemy, the Witch Ink.

Explore dungeons filled with traps and monsters - puzzle, jump and fight your way out as you attempt to escape from Tristoy. Designed to be played together on one screen, Tristoy’s engrossing non-linear story features multiple endings and requires you to work together, testing your friendship and forcing you to confront moral dilemmas and make some hard choices.

Developed by German studio Uniworlds Game Studios, the game features a dynamic split screen, which moves, rotates and seamlessly joins back together, keeping you locked in the action. Play with a keyboard, controller or use your smartphone to control the game with the companion app.

★ The ultimate couch multiplayer game for two
★ Metroidvania style story driven 2D platformer
★ Play locally or via Steam (giftable copy included - This will be available in your inventory)
★ An epic co-op game (for 2 players only)
★ Designed to be played together on one screen but can also be played via online co-op
★ Dynamic split screen that moves, rotates and joins together
★ Deep character play through individual story and dialogue choices
★ Engrossing non-linear story with multiple endings
★ Unique cooperative puzzles and quests
★ Numerous types of enemies, puzzles, quests and additional unlockable content
★ Full controller support or use your Smartphone as a controller using the developers own technology UNIPLAY (Android and iOS App available)