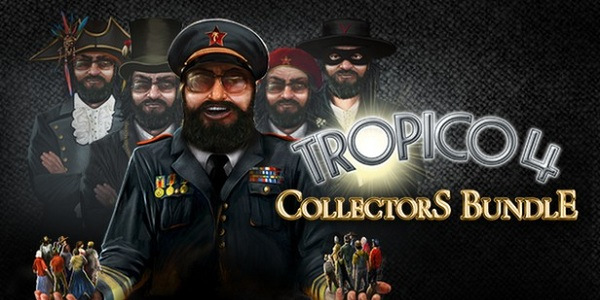 CTpeLock information about the seller and his items
offlineAsk a question

The world is changing, and Tropico keeps pace with the times - geographic countries are rising and falling, the world market is dominated by new players with new demands and proposals, and you, like El President, face a number of new challenges. To defeat your opponents, you will need as much support from your people as possible. Your decisions will predetermine the future of your nation, and, more importantly, the size of your offshore bank account.
Tropico 4 expands the gameplay of the previous game with new political additions - for example, a greater number of superpowers for negotiations, as well as the opportunity to elect ministers to help in controversial political situations. But do not forget to keep friends close, and enemies even closer! Your political temperament will be carefully checked by various situations, for example, after a natural disaster, the population will require you to help in rebuilding Mother Nature after tricks.
Tropico 4 also provides a new level of social interaction through integration with Facebook and Twitter. Send messages to Twitter directly from the game and update the microblogging at the end of the mission or after opening the achievement. In addition, you can take screenshots of your thriving island and post them on your Facebook page, and compare your interactive dictator rating with global leader tables.

1. If you do not have Steam yet, you should download and install Steam http://steampowered.com/download/SteamInstall.msi
2. Enter the LINK received after the purchase into the browser for the transition
3. Log in to the site (log in to your account)
4. To accept a gift
5. Choose - add it to your library (the second option - you can also add it to your backpack, the choice is yours)