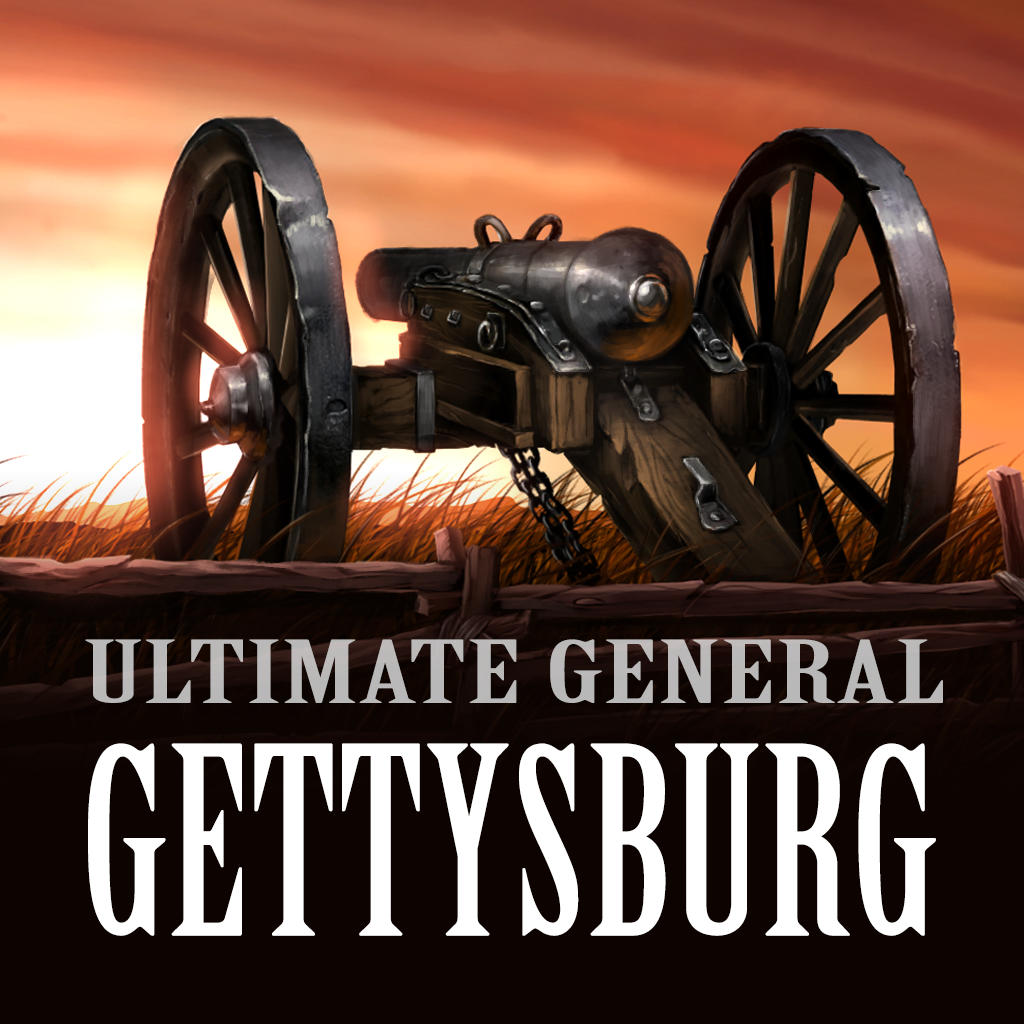 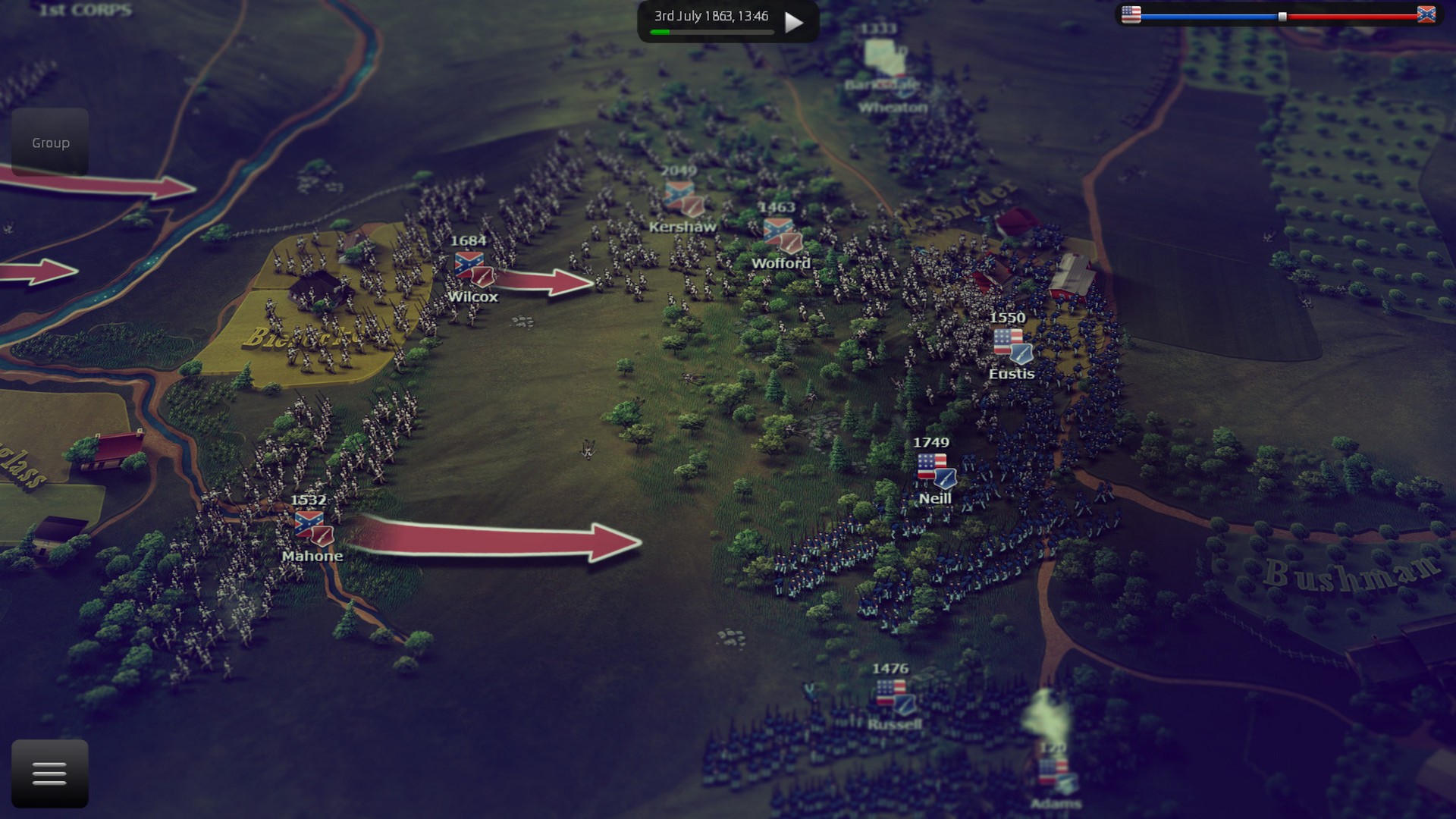 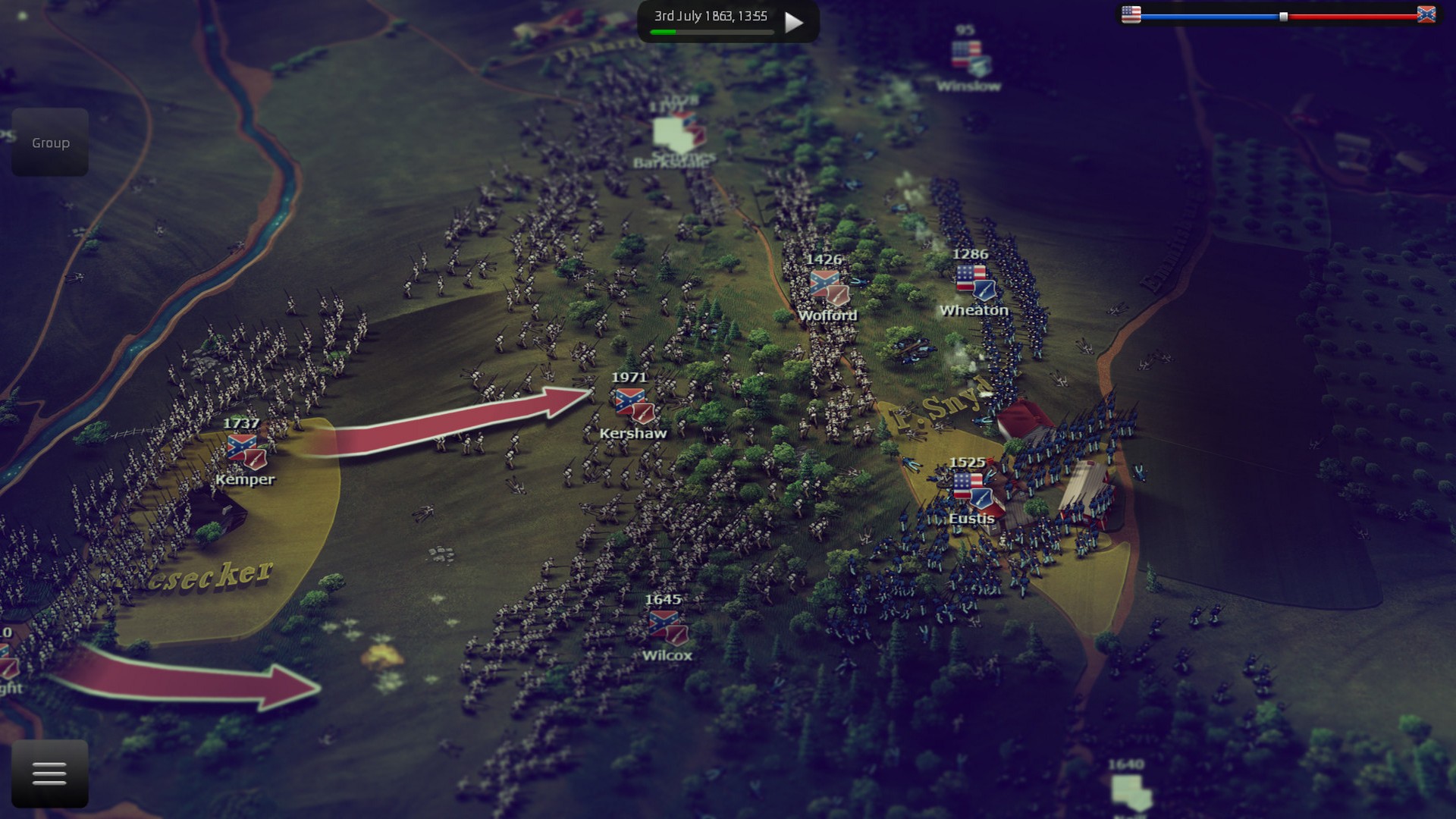 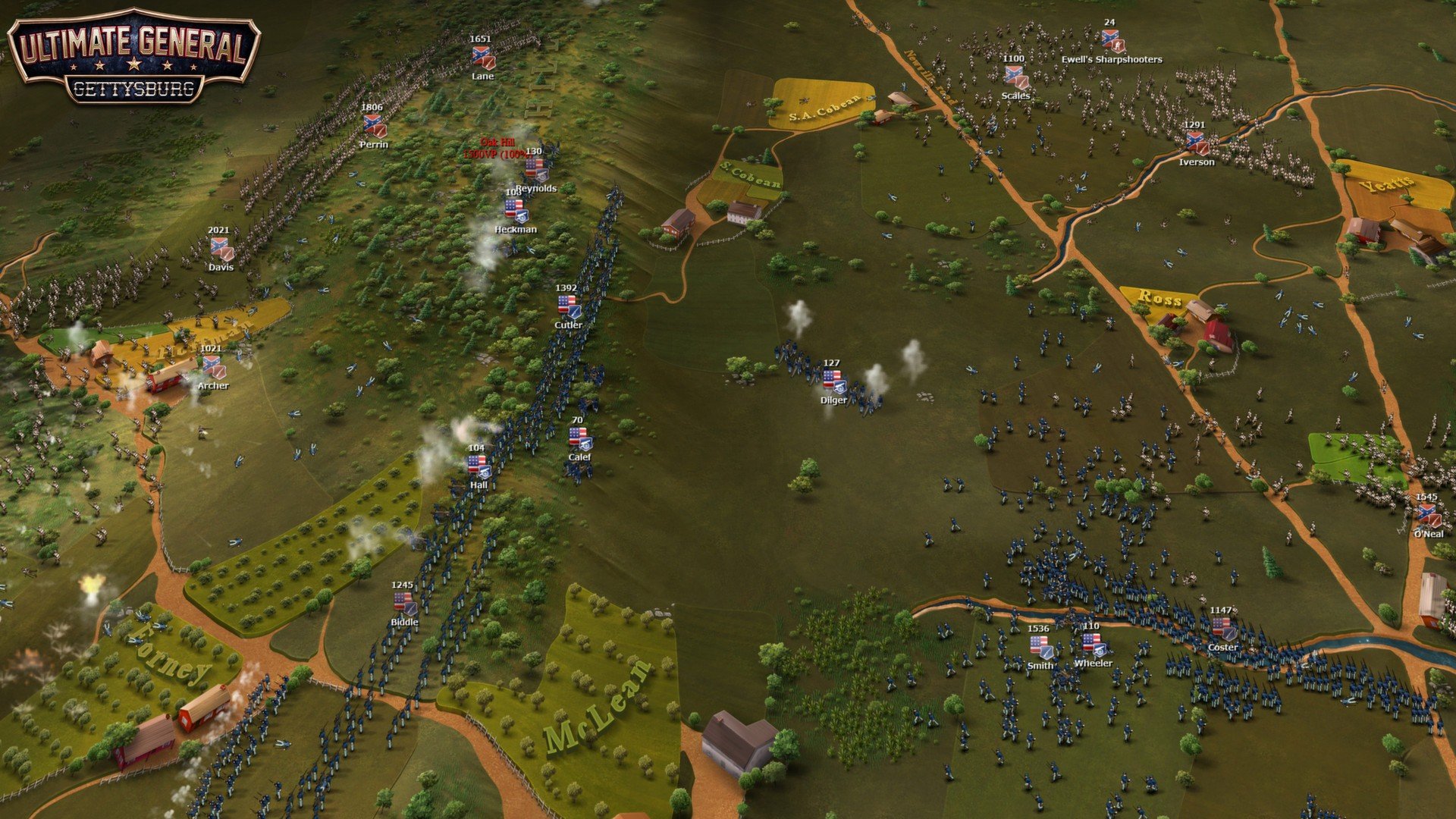 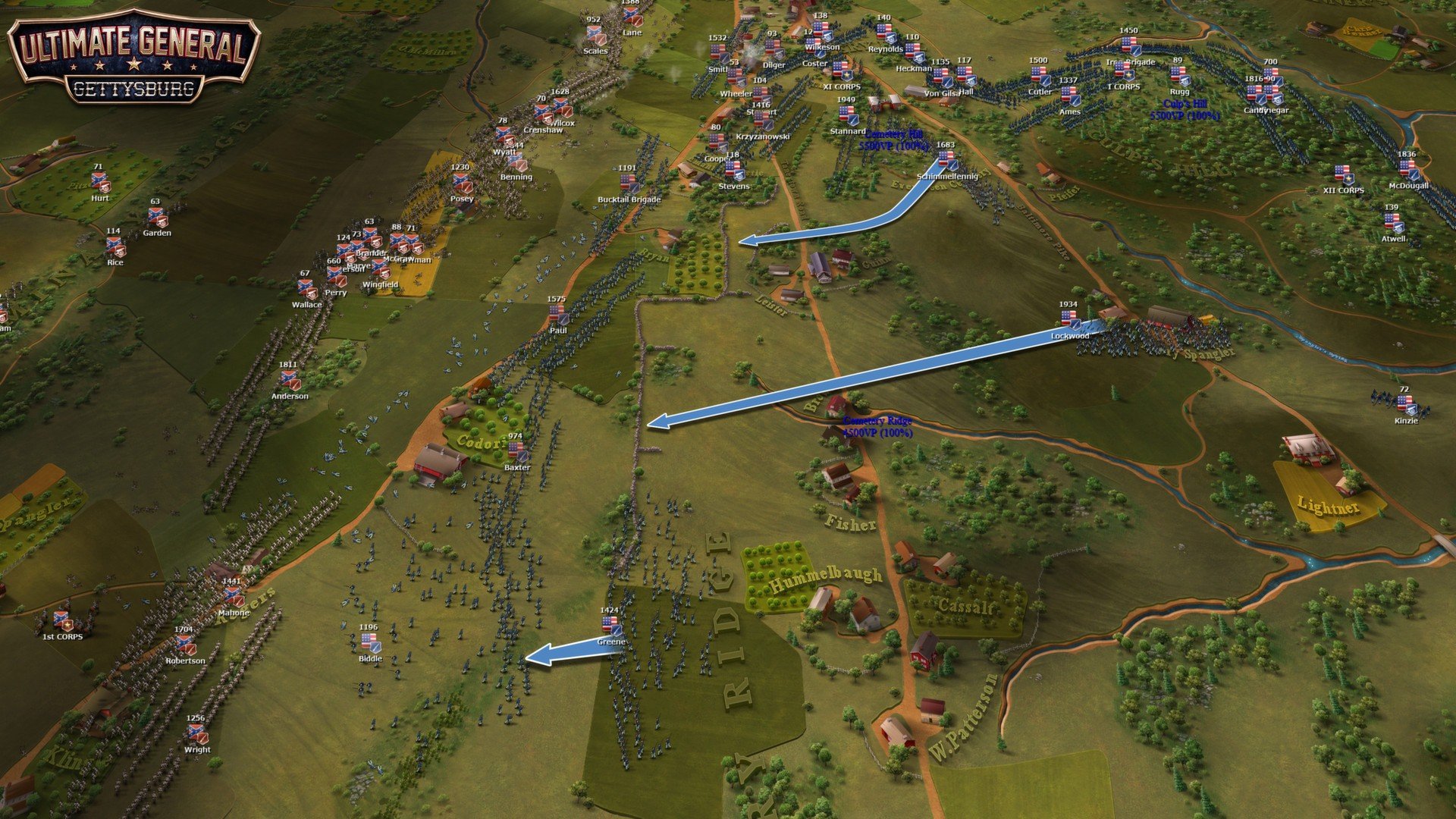 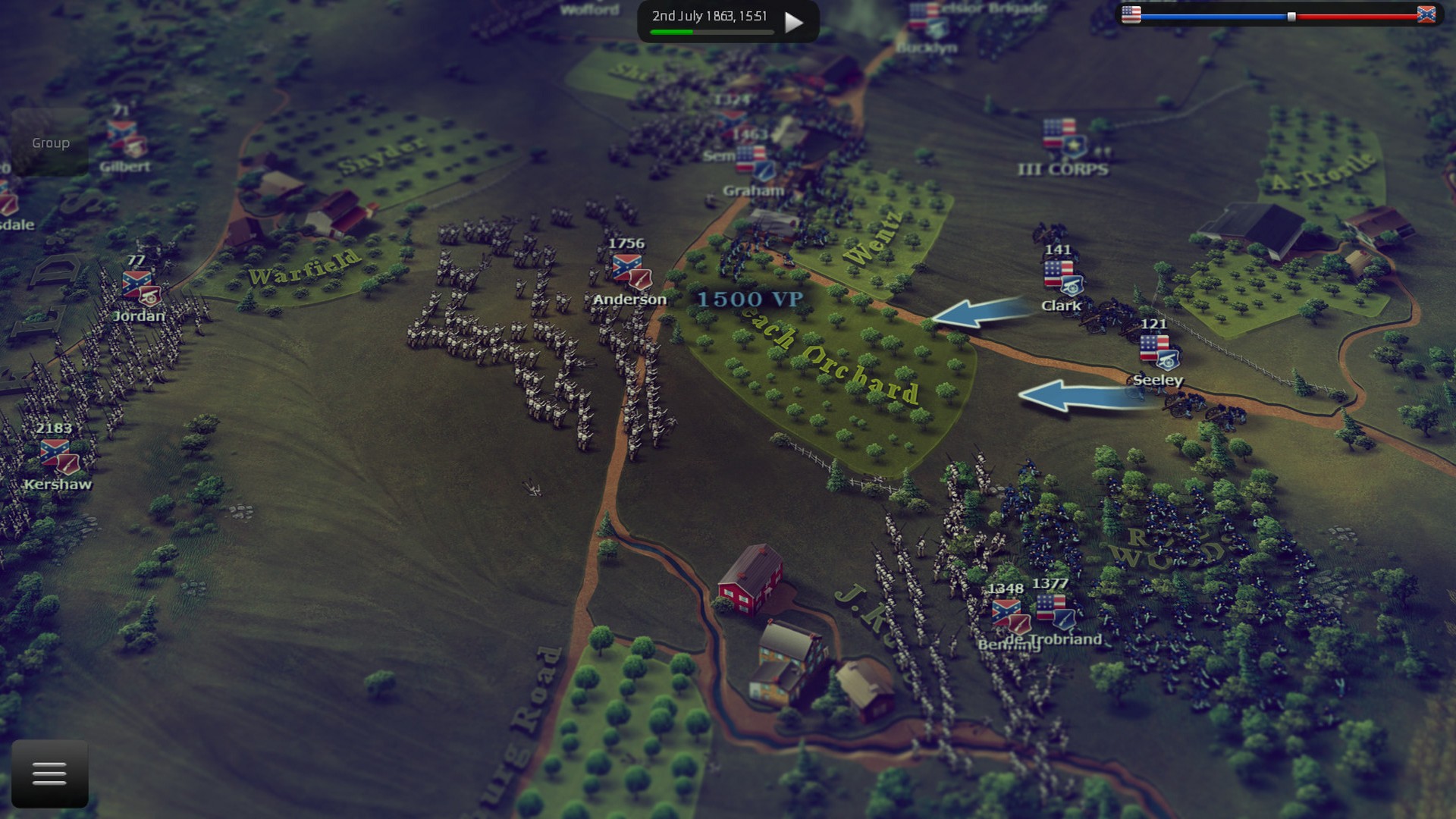 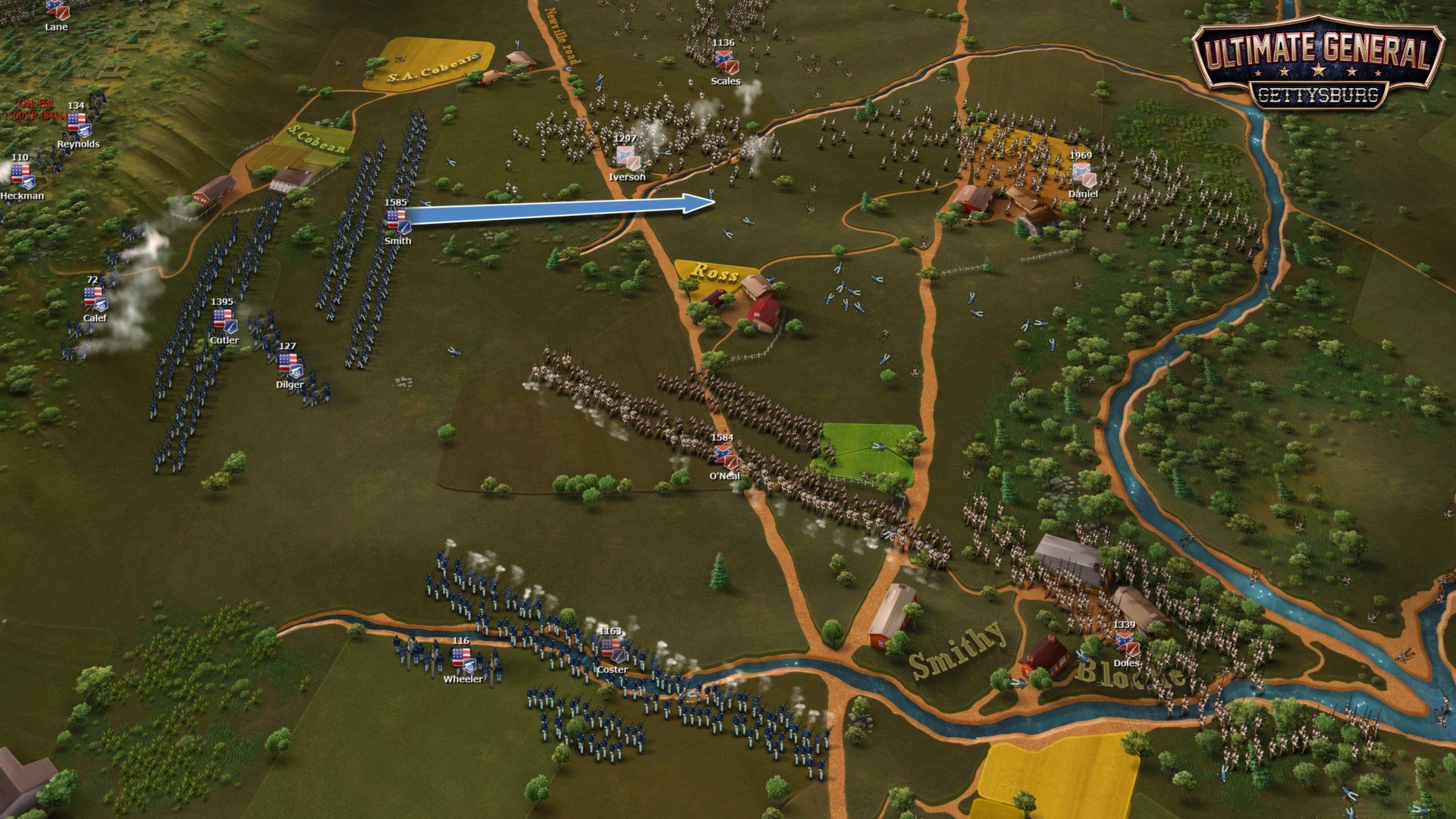 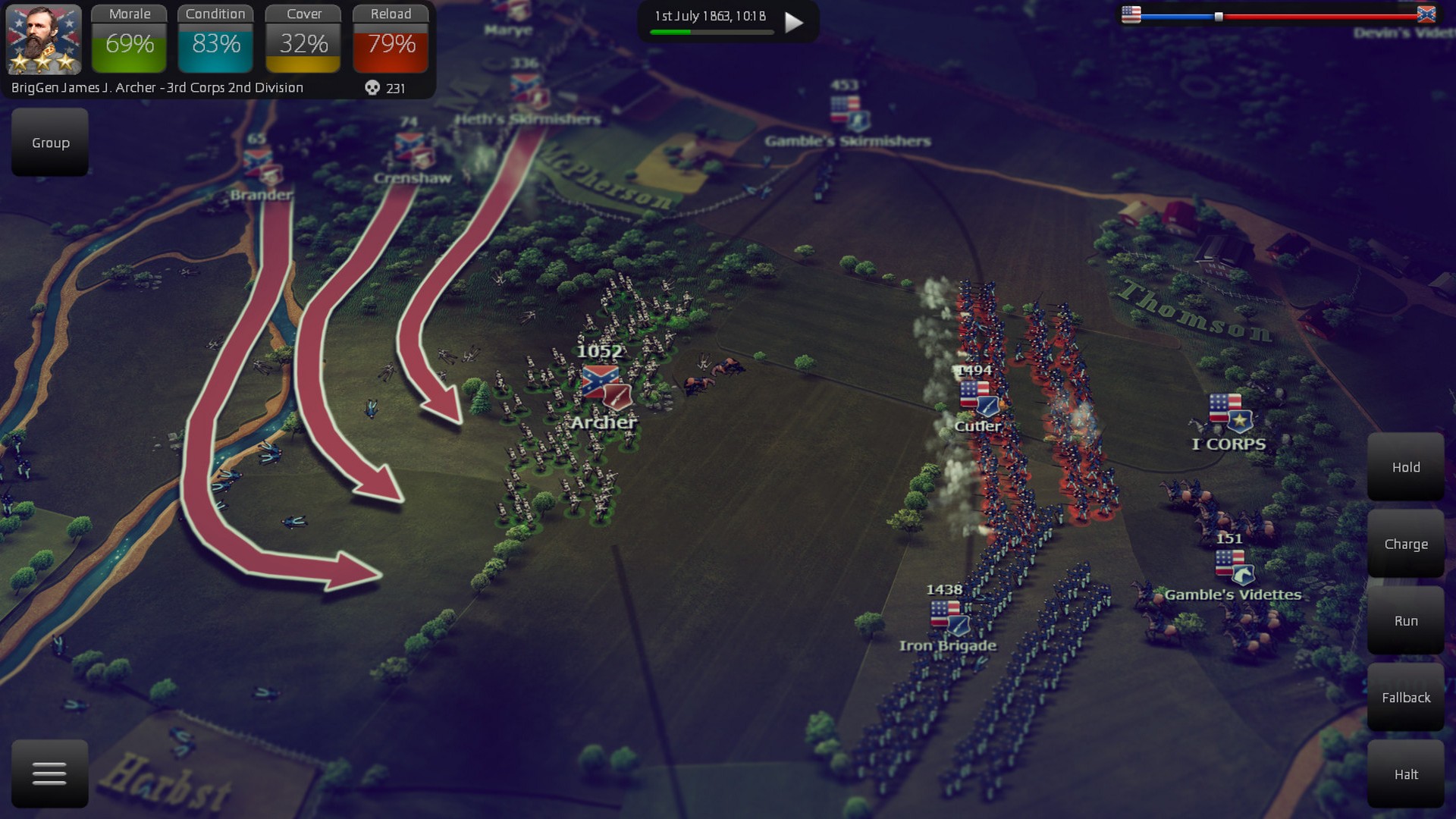 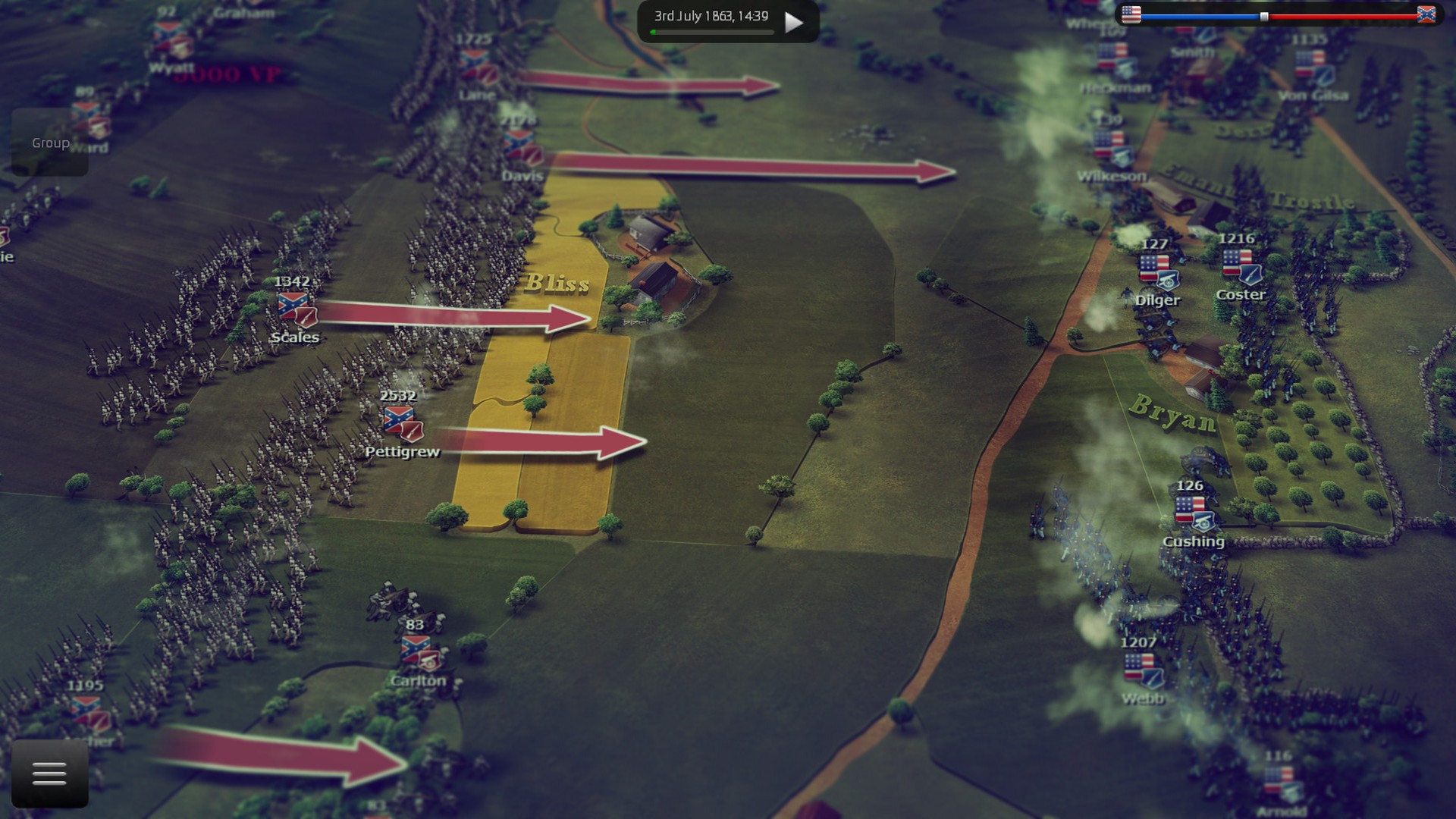 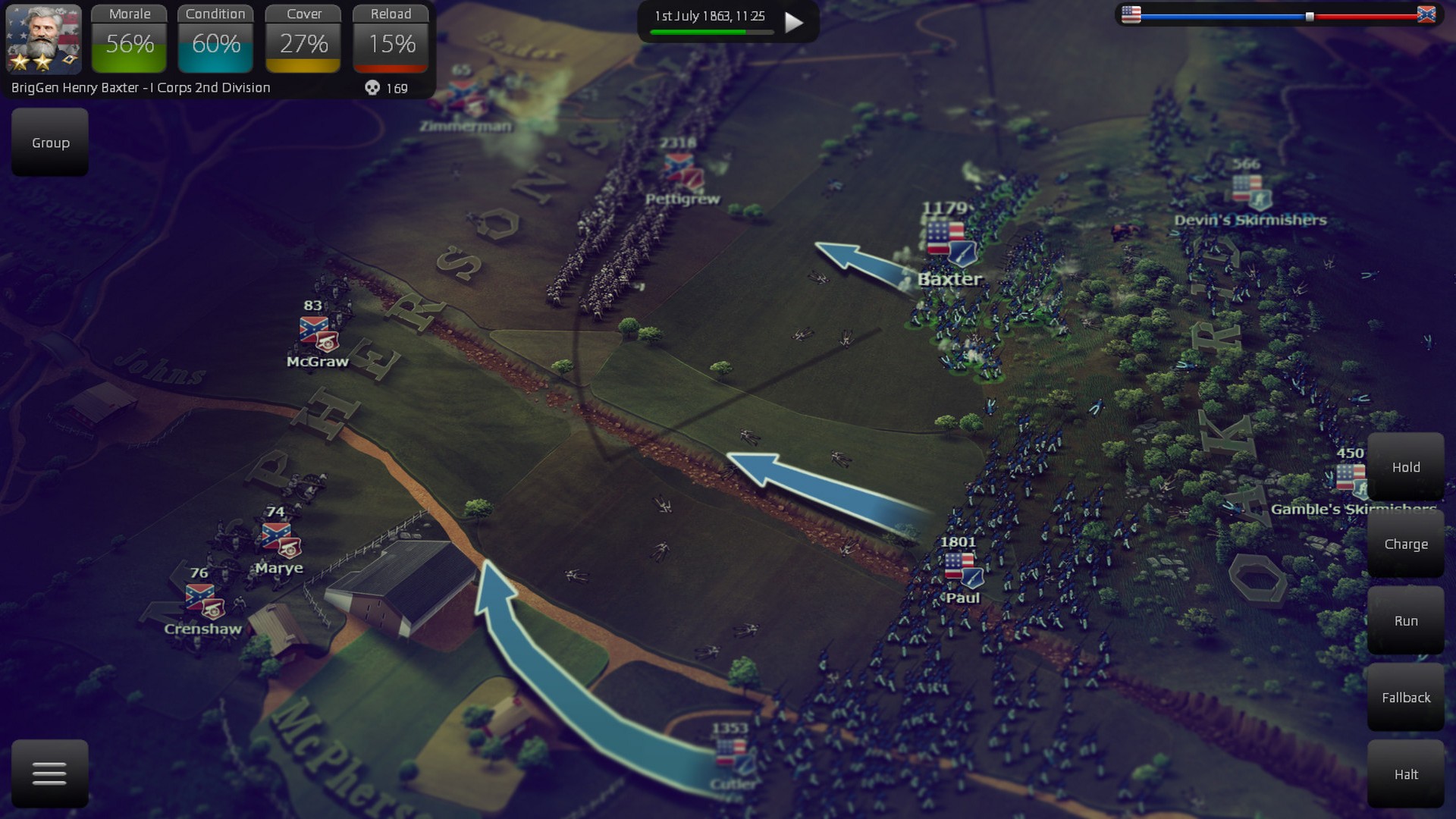 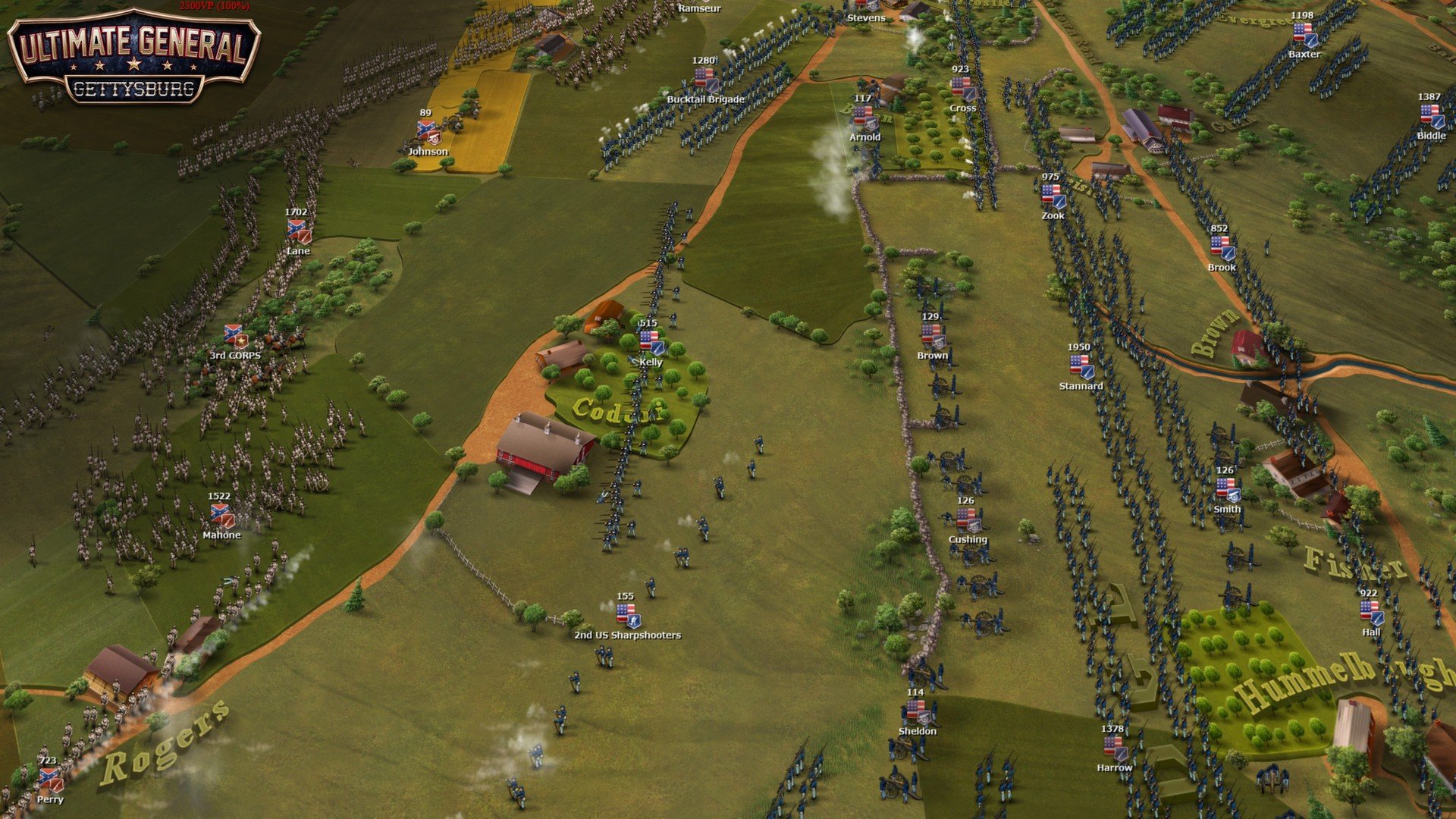 ABOUT THIS GAME:
Ultimate General: Gettysburg is a Tactical Battle Simulator that allows you to lead thousands of soldiers in the famous Battle of Gettysburg as commander of either the Union or Confederate army. The game features the most accurately created map, complex morale, innovative control mechanics and smart AI. You have the freedom to use different strategies while the battle progresses. Your decisions and military performance play a crucial role in the result. Lead your army and win the Battle of Gettysburg!

It has been voted as Best Strategy Game of 2014 by PCGamesN.

Key Features:
• Dynamic Battle
The battle is divided in phases and can last up to 4 days. You take strategic decisions that lead to countless speculative scenarios.
• Hand Drawn Map
We mapped every important location of the battlefield and terrain simulates all the strategic elements of civil war warfare.
• 9 different AI Personalities
The AI does not use gameplay cheats but varies in difficulty according to its personality. The AI personalities are not scripted, simulating a human opponent.
• Control your army like never before
Draw movement arrows to create maneuver and flanking paths as in old history books.
• 90+ custom battles
While playing the multi-day campaign mode you unlock battles that you may play afterwards in skirmish mode. The battles can be randomized, blending starting positions and army strengths.
• Advanced Line of Sight
Terrain obstructs visibility creating a realistic fog of war that increases the strategic depth of the battle. Securing hills must be your top priority to have a commanding view of the battlefield.
• Full order of battle
All historically accurate forces are recreated in the battle. The armies are organized in brigades, battalions and batteries.
• Multiplayer
All the innovative gameplay elements of Ultimate General: Gettysburg can be enjoyed in 1vs1 Multiplayer battles.

---
Please Note: This game is available via Steam only!
• To redeem a steam key, you will need a Steam account.
• Region Free.
• Languages: English.