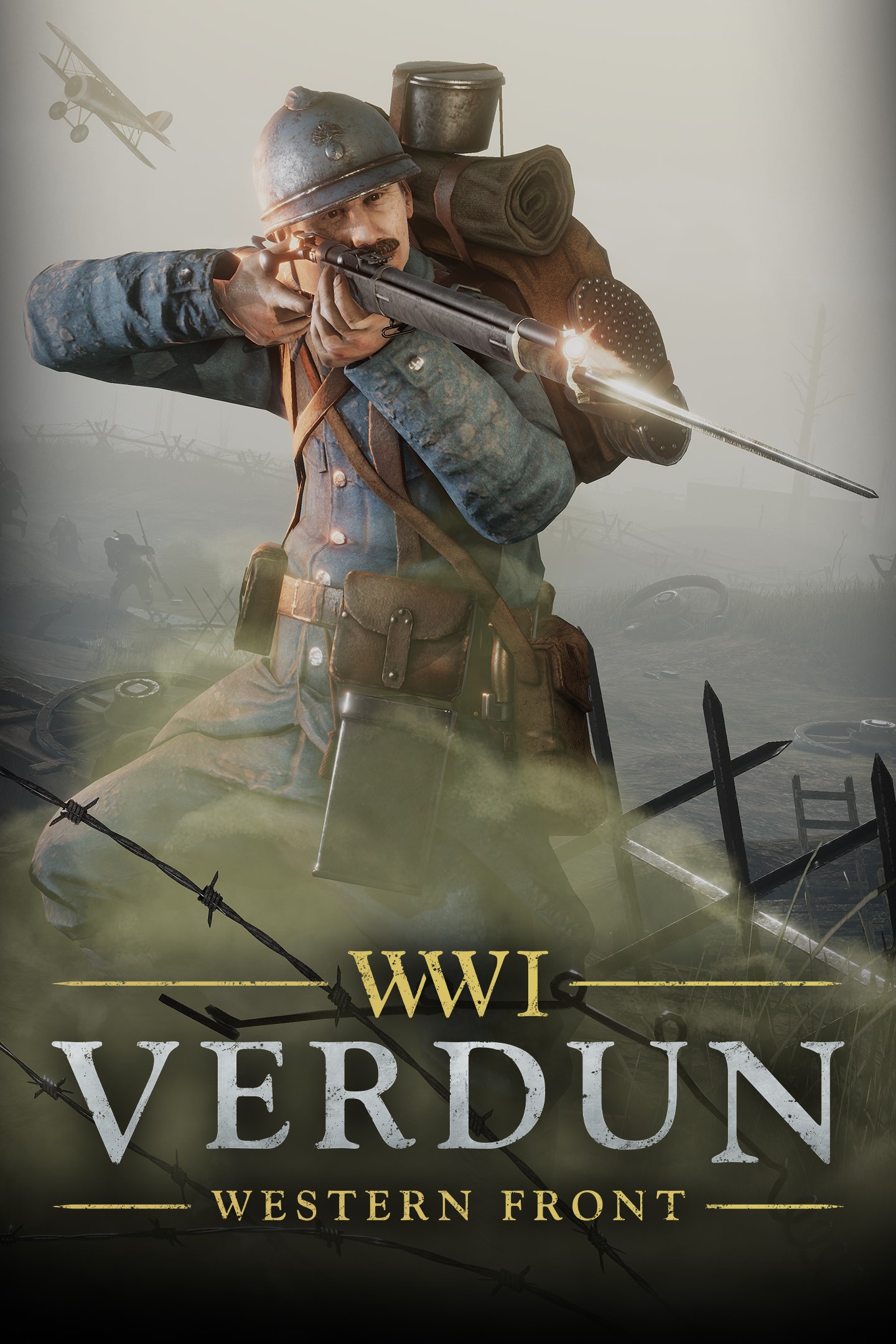 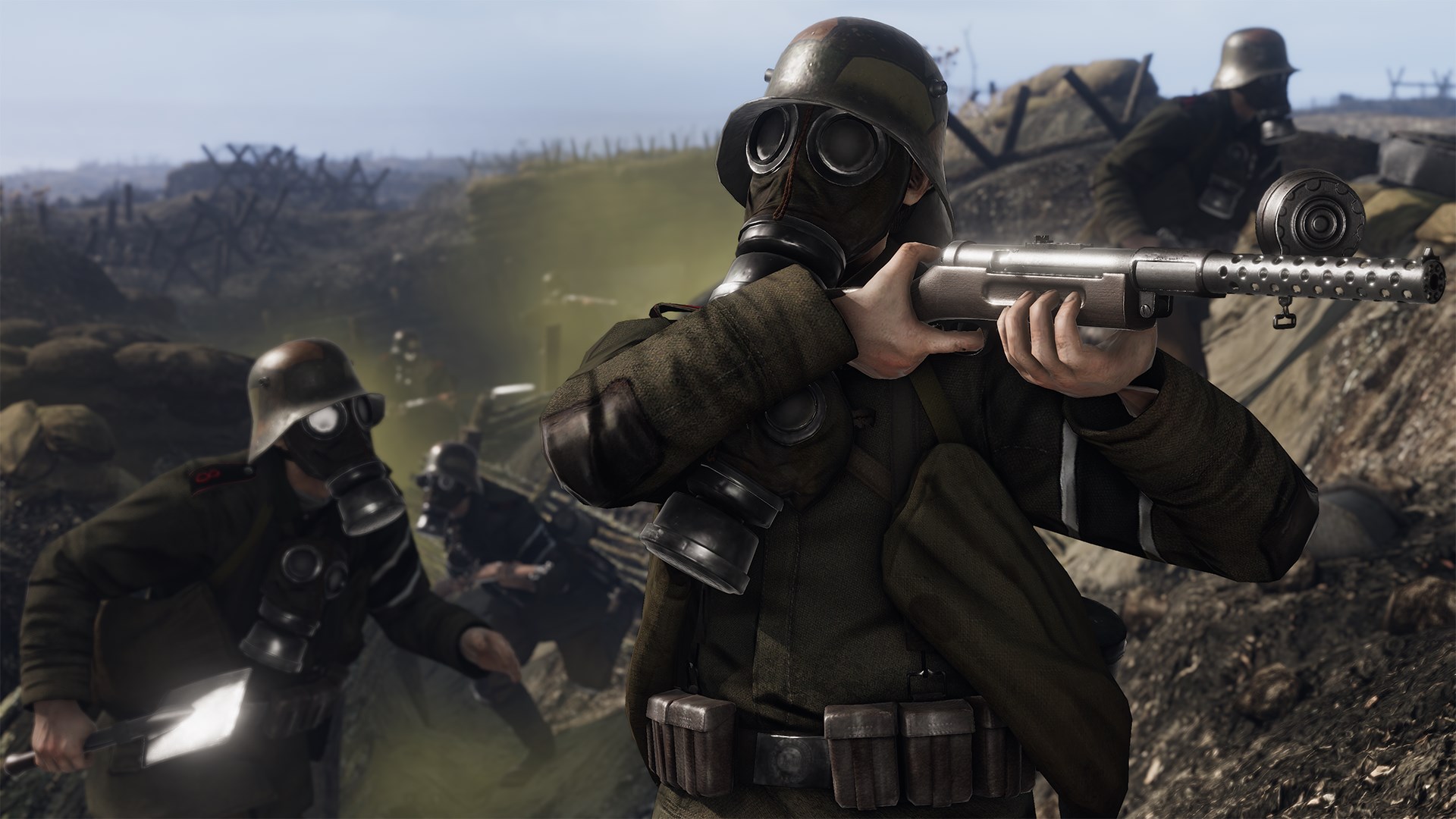 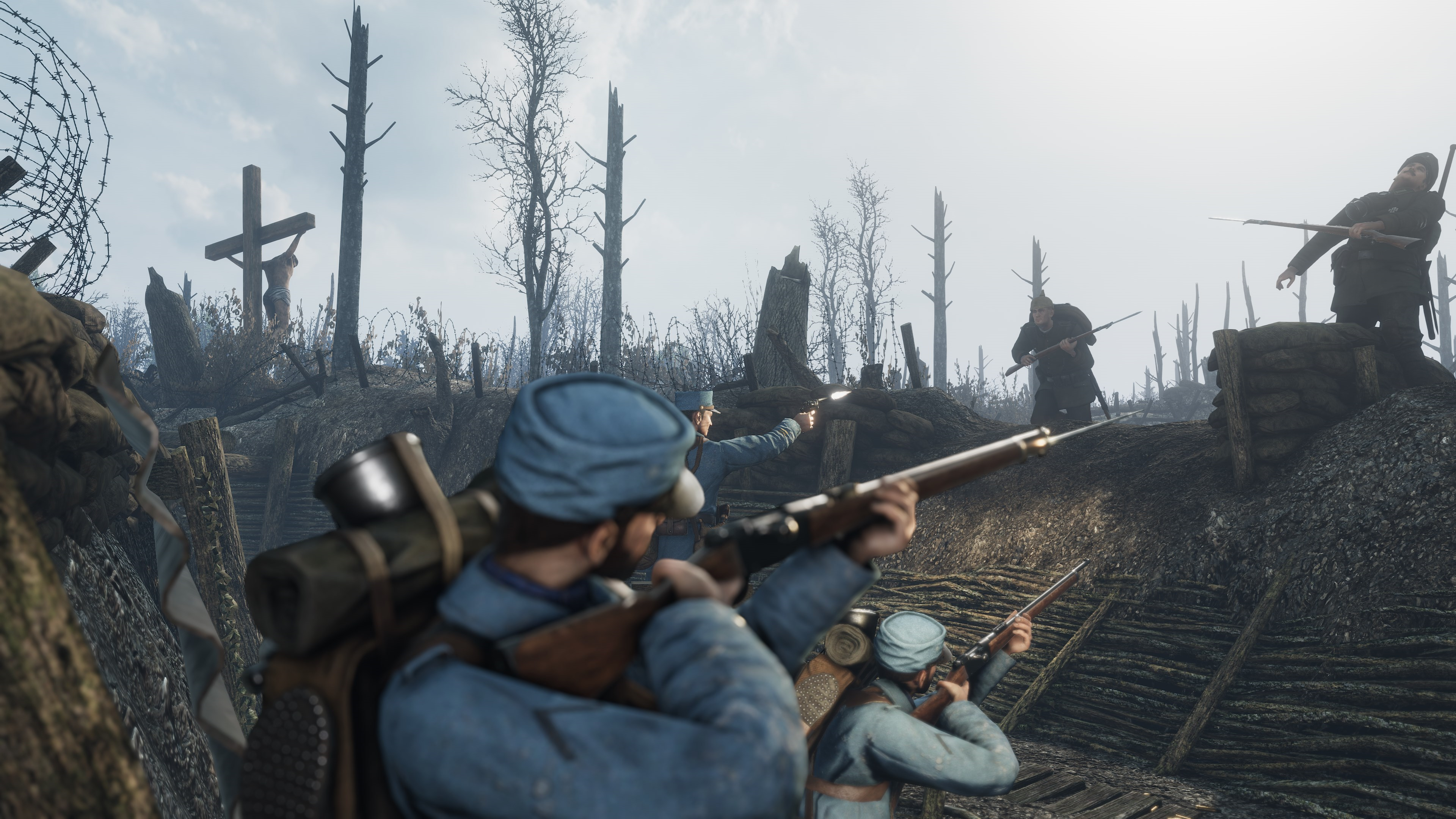 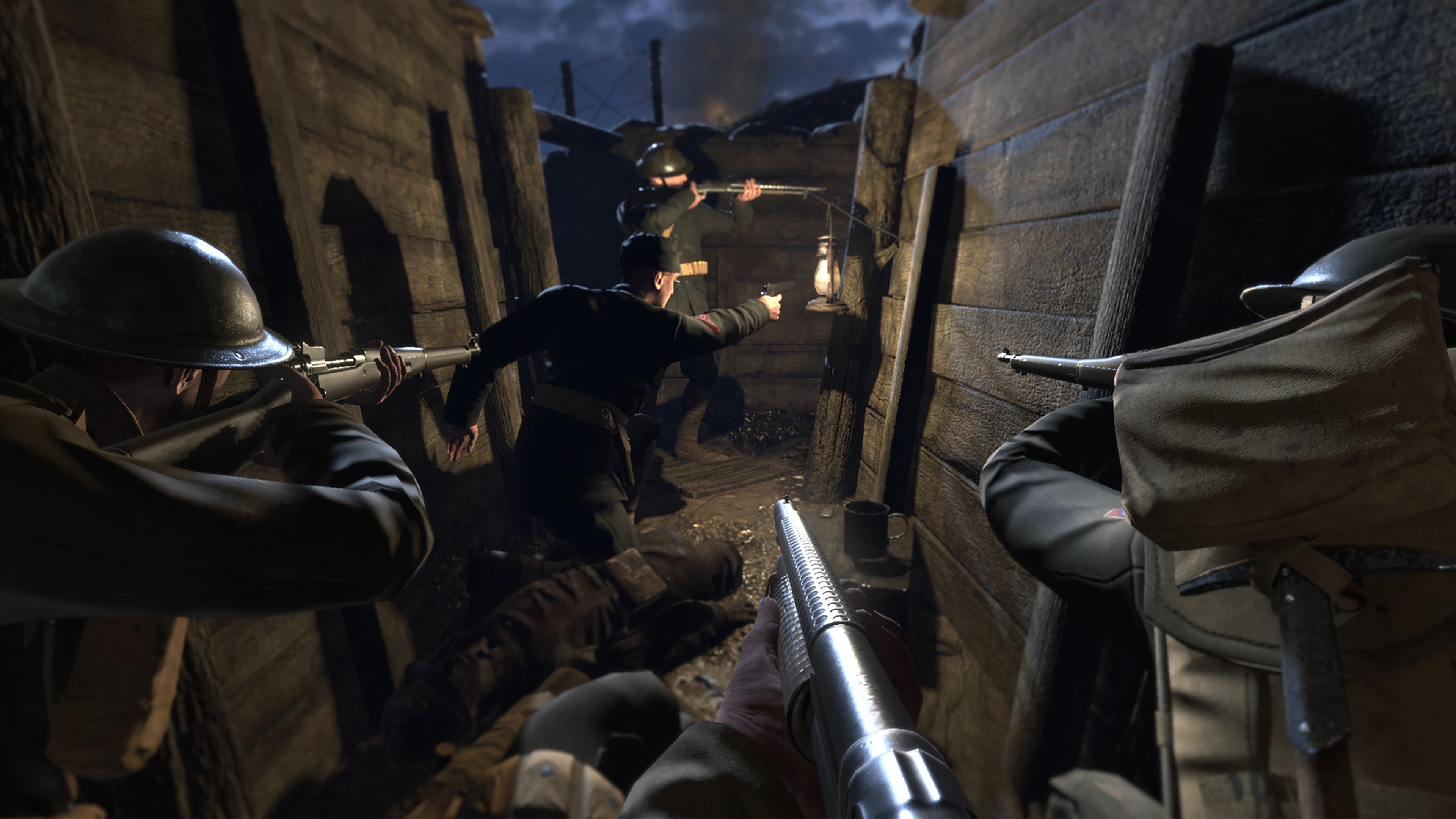 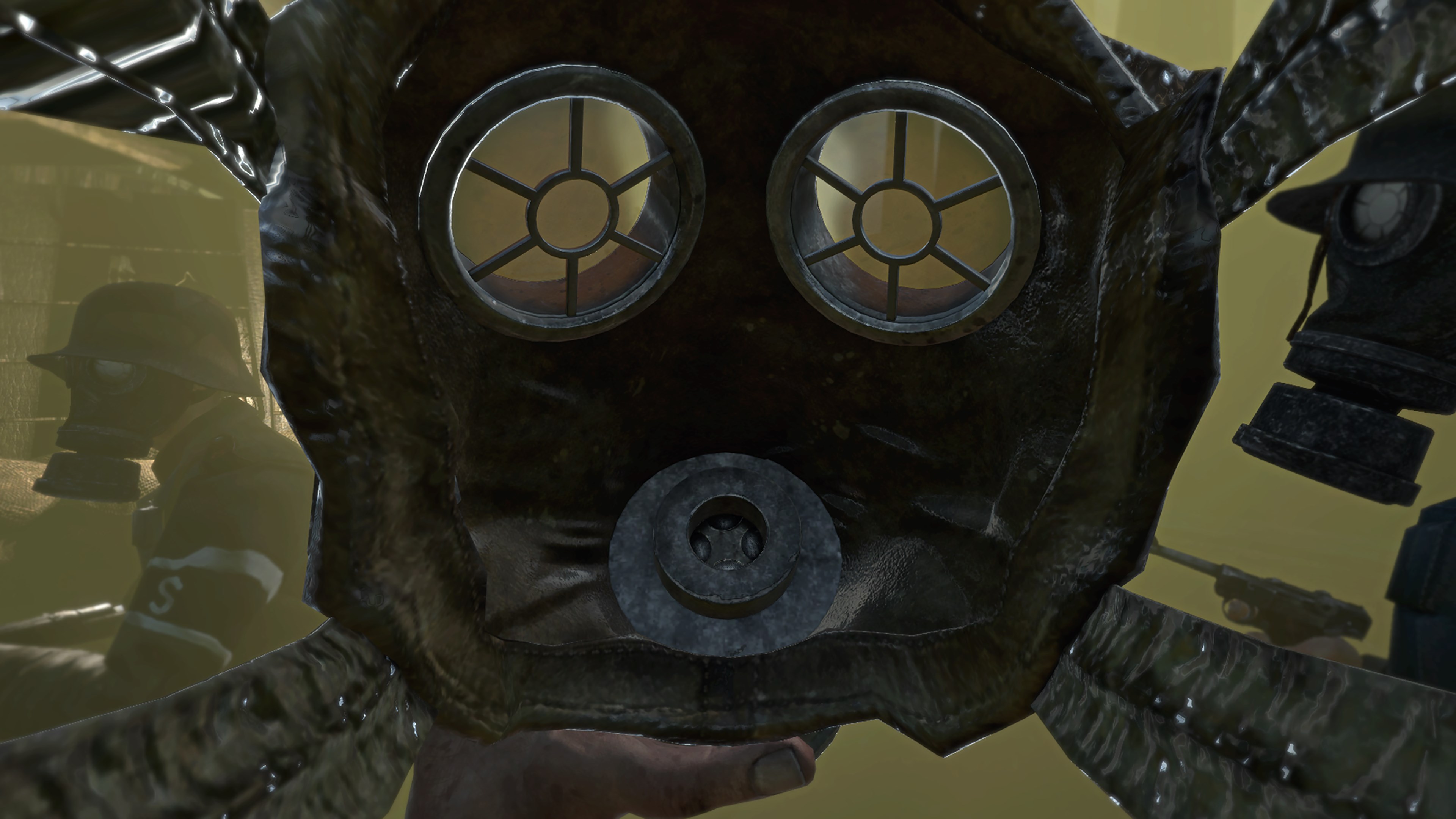 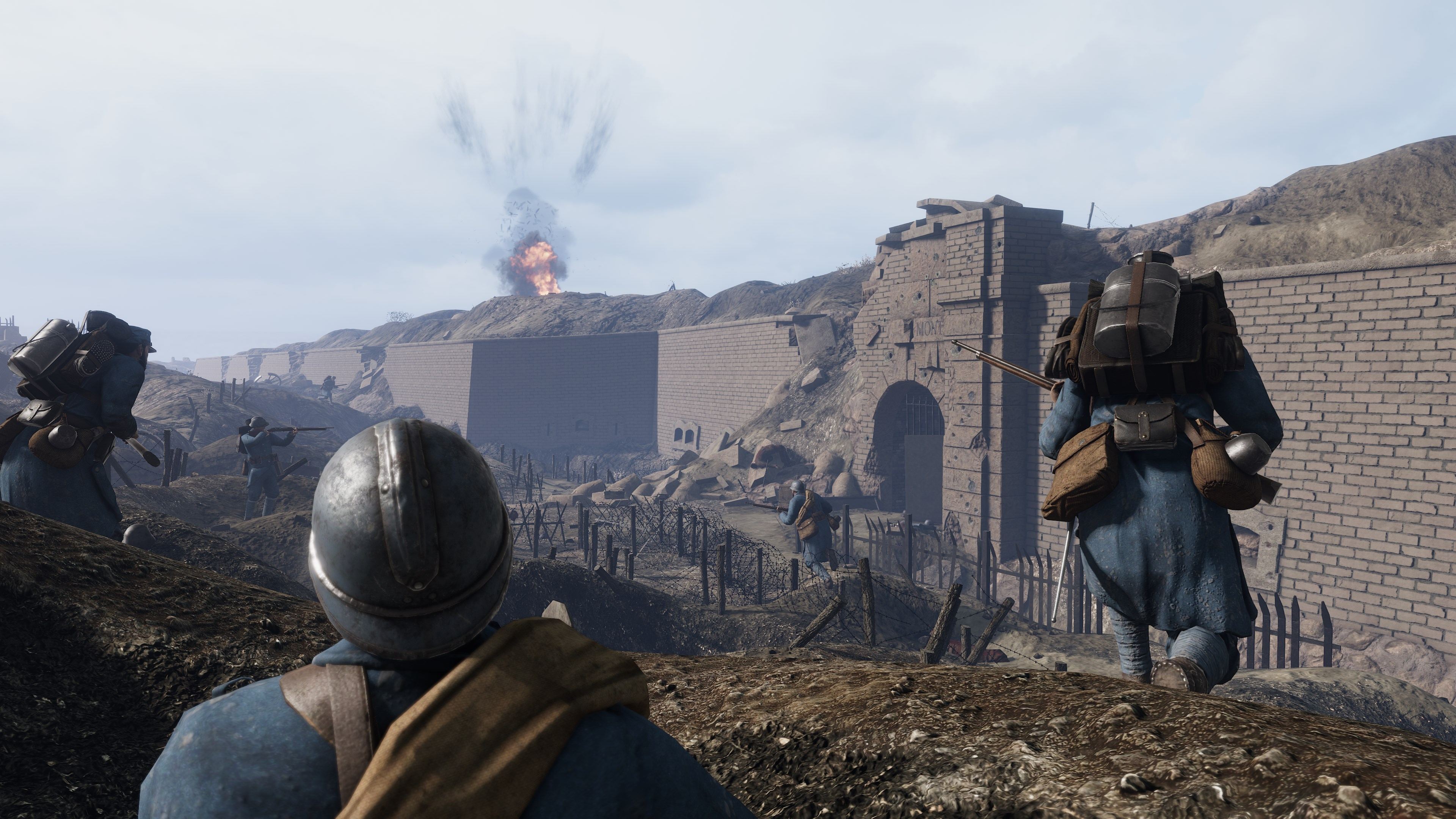 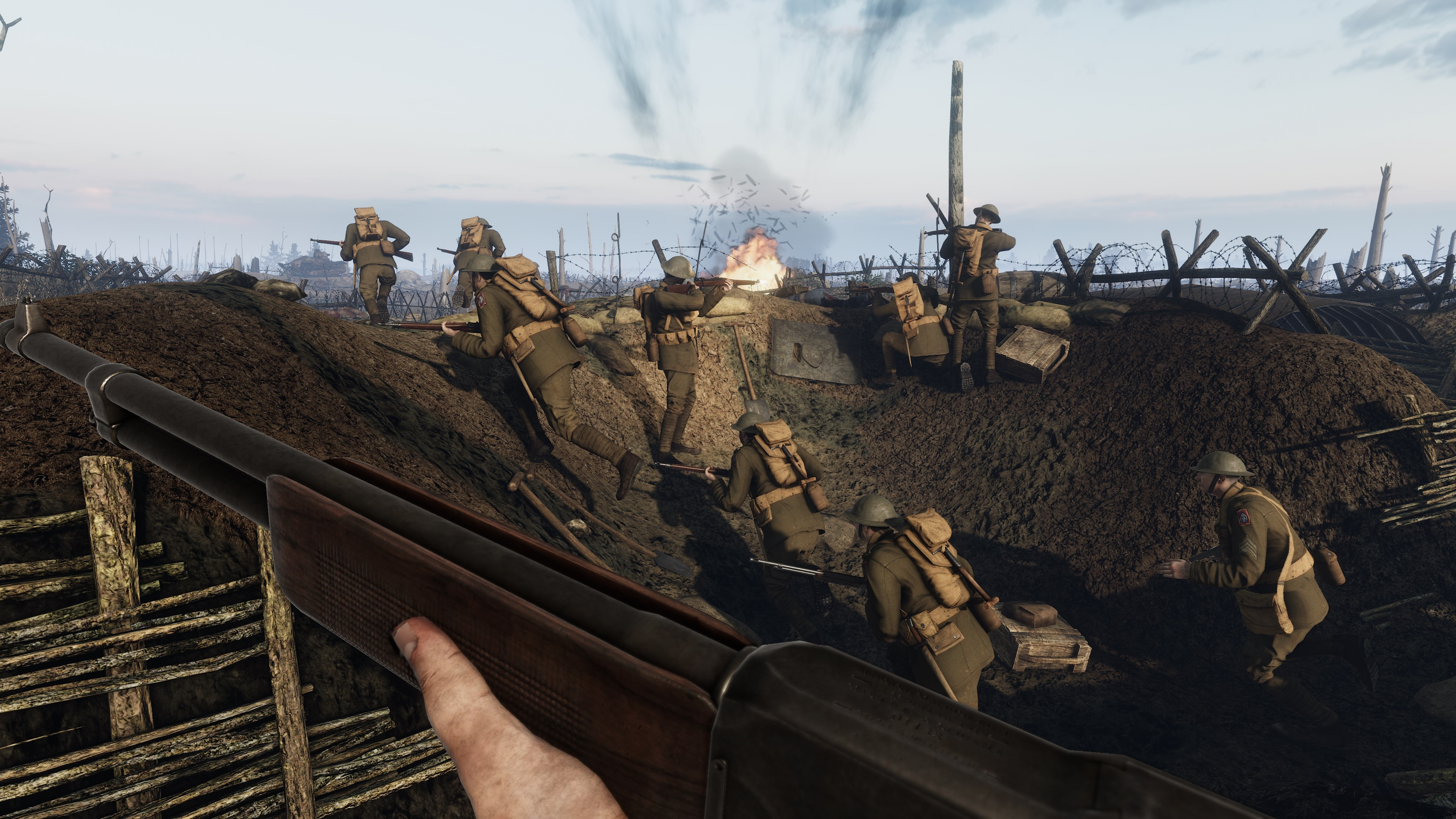 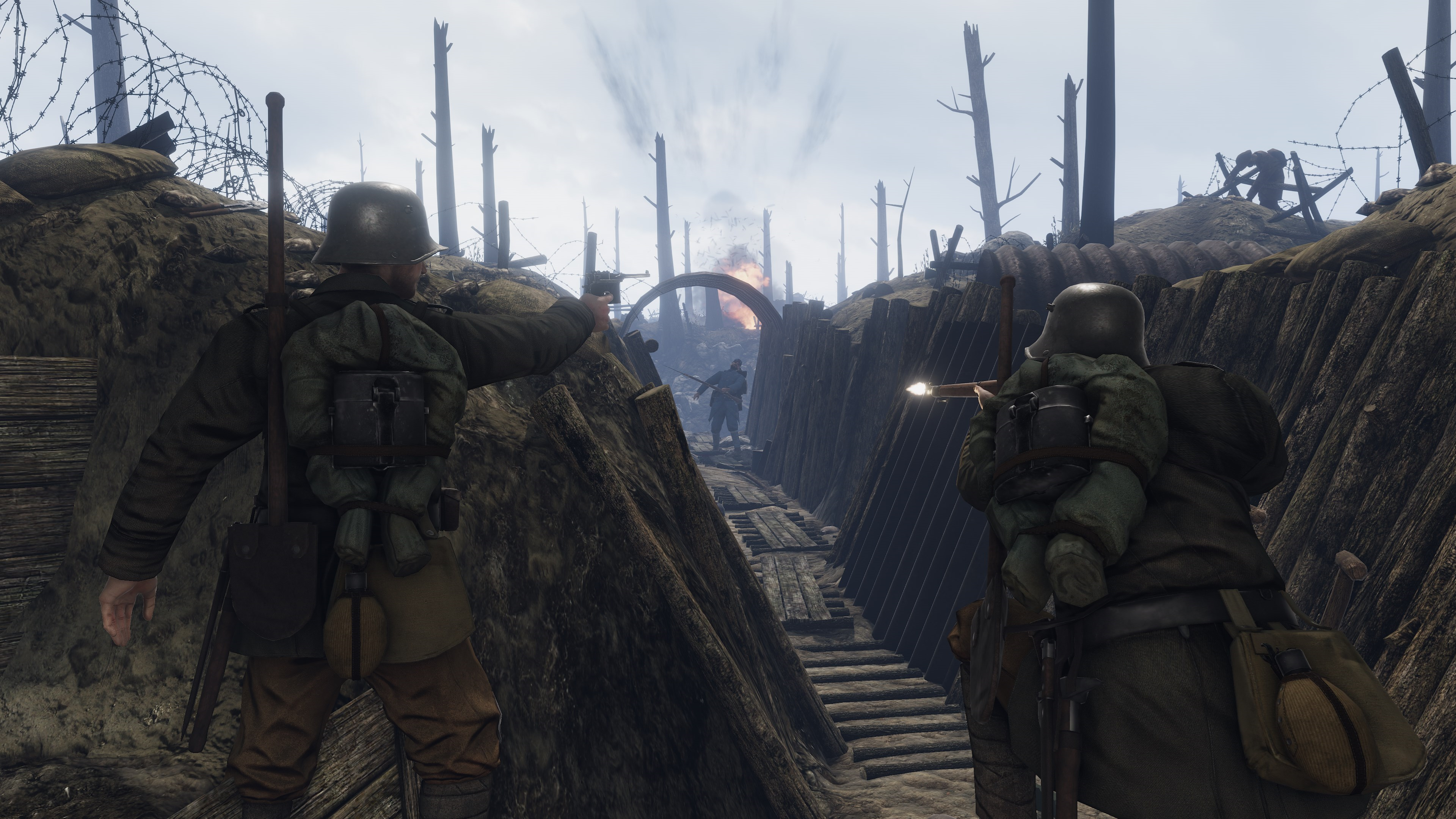 Verdun is the first multiplayer FPS set in a realistic World War One setting. The merciless trench warfare offers a unique battlefield experience, immersing you and your squad into intense battles of attack and defense.

The game takes place on the western front between 1914 and 1918, in one of the bloodiest conflicts in world history. The developers were inspired by the infamous Battle of Verdun in 1916. The game offers 4 distinct game-modes: Frontlines, Attrition, Rifle Deathmatch, and Squad Defense. There are also many historically accurate features such as realistic WW1 weaponry, authentic uniforms, horrendous gore, and maps based on the real battlefields of France and Belgium.

REALISTIC WORLD WAR 1 GAMEPLAY
The gameplay is as immersive and gritty as it can get with elements such as realistic gore that portrays the true horror of the 1st World War Battlefield (gore can be disabled if preferred). The authentic weapons need to be handled with skill, as they each feel different and there are no floating crosshairs to aid your aim. Realistic bullet physics require you to lead your shots when firing on a moving target at long range. In the event of a gas attack, you need to put on your gas mask, which impairs your view and gives you a very claustrophobic experience. And if getting shot or gassed isn’t enough, sudden artillery barrages that are called in by NCOs can pin you down if you’re caught in the open and might obliterate your entire squad. This unforgiving war isn’t for the faint hearted!

TACTICAL SQUAD-BASED FPS
Team play is what lies at the heart of Verdun. When you start a game, your first choice is to fight for either the Entente or the Central Powers. You can form one of the different squad types available to that side with up to three of your friends. Each squad has a specific tactic that is based on the historical units of that time. Depending on your squad’s type, players can choose a specific role within the squad, complete with historically accurate attire, weapons and special abilities. The more experience you earn with a squad, the more powerful it will become with new abilities unlocked. This progression is also shown visually as you and your squad get more advanced uniforms. You will also earn Career Points, which can be spent to unlock specializations, weapons and equipment.

TRUE TRENCH WARFARE
The true WW1 battlefield experience has been captured in a real-time dynamic frontline, set in historically accurate locations of the Western Front. These frontline maps are comprised out of multiple sectors that can be captured by either side. Staying true to the typical attrition warfare of that time, both sides attack and counter-attack each other in turn, compelling you to defend each captured sector of trenches!

The development team has done extensive field research at Verdun and has been advised by knowledgeable historians to make sure Verdun is as historically accurate as it can get. Uniforms have been recreated to the tiniest details, the weapons are modeled to exact references and the maps use realistic World War 1 props and terrain layouts. Also, everything in the game has been tailored to recreate the grim atmosphere that is so typical of WW1; Gloomy clouded skies, an immersive interface combined with realistic sounds, accurate native voices that evoke the feeling of actually being there in the trenches, mud covered - trenches whilst peering over your rifle to spot the enemy.

🔑After payment, you will automatically receive a licensed digital key for the activation of Verdun on the Xbox One | SERIES X | S
You will be able to download the game at any time, with all languages ​​available for it.
The game is forever tied to your XBOX profile, no restrictions on use!
Digital key is region free, mobile internet or VPN (Argentina) may be needed for activation.