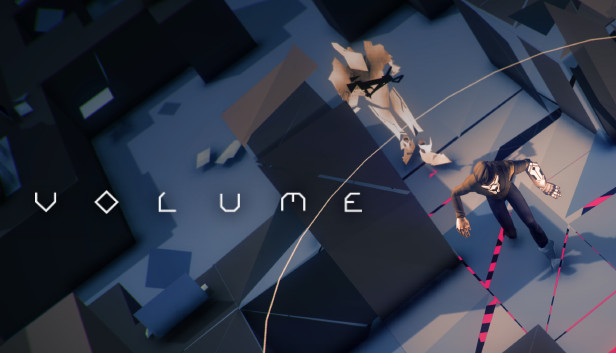 Locksley doesn´t kill. It would be too easy. He prefers to commit his crimes in secret. He sneaks, he hides, he distracts the guards. It is never seen and rarely heard. As Locksley´s popularity grows, so does his arsenal. He will use a variety of devices to rob the rich and give to the poor.

There are hundreds of challenging and exciting levels waiting for you - but this is just the beginning of the game. Each level can be changed, expanded and supplemented. The gaming community has the ability to create their own challenges and even release their own rework of the main levels. Players will continue to lead Locksley in the fight for a just cause, and the game will continue to evolve and grow.

Volume is a near-future game that re-tells the legend of Robin Hood. Danny Wallace (Thomas Was Alone), Charlie McDonnell and famed actor Andy Serkis ("The Lord of the Rings", "Planet of the Apes") as Gisborne took part in her voice acting.
Key Features
100 levels of uncompromising stealth action and a set of tools to hide, distract enemies and avoid detection.
A complete set of content creation tools with which you can create your own levels and share them with the world.
A complete campaign that can be played on standard or user-created levels.
Cast: Andy Serkis (Lord of the Rings, Planet of the Apes), Danny Wallace (Thomas Was Alone) and Charlie McDonnell (charlieissocoollike).