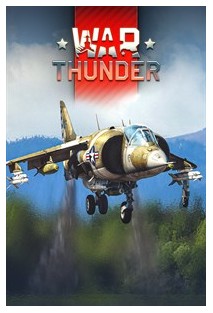 Sold: 0
Uploaded: 12.12.2020
Content: Cod7.txt 0,68 kB
Loyalty discount! If the total amount of your purchases from the seller slonimus more than:
If you want to know your discount rate, please provide your email:

The Hawker Siddeley Harrier fighter was developed in Great Britain in the 1960’s and was the world´s first serial produced vertical take-off and landing fighter. The American AV-8A differed from their British counterparts mainly in the some of the equipment in the pilot´s cockpit and the American collection of suspended weaponry. The premium AV-8A modification of the Harrier is capable of reaching a top speed of over 1150 km/h. The AV-8A Harrier is armed with two ADEN 30mm automatic cannons in ventral pods. Various options can be used as suspended weaponry in various combinations, including: 2 guided air-to-air missiles AIM-9G Sidewinders, up to five 250-pound, 500-pound or two 1000-pound high-explosive bombs, as well as up to 76 unguided FFAR Mighty Mouse rockets or up to 16 unguided Zuni Mk32 rockets.
All premium vehicles allow you to earn increased Research Points and Silver Lions for each battle and comes furnished with all available modifications.
With a Premium account (also purchasable in the game for Golden Eagles) you will earn more Research Points and Silver Lions during each battle for a set amount of days. This is cumulative with bonuses from premium vehicles!