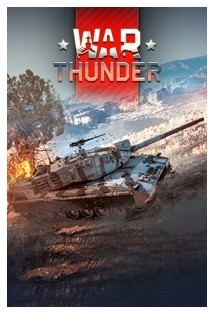 Sold: 0
Uploaded: 12.12.2020
Content: Cod6.txt 0,68 kB
Loyalty discount! If the total amount of your purchases from the seller slonimus more than:
If you want to know your discount rate, please provide your email:

The OF-40 was the first italian main battle tank created after WWII. Later on, the OF-40 tanks were exported to UAE, and remained in service until the recent time. The specifications of the OF-40 have a lot in common with a german Leopard 1 tank, but offer better protection thanks to the usage of spaced armor - In effect, the tank turret is more effective against APDSs and HEAT shells. The Mk.2 version received better optics, a laser rangefinder, a two-plane stabilization system for the main 105 mm gun and more advanced shells, including an APFSDS with more than 300 mm of armor penetration. Also, this premium version represents modernized modification of the tank proposed to UAE with a more powerful 1000hp Fiat MTCA diesel engine. Finally, the OF-40 is equipped with secondary armament and protection system common in modern main battle tanks, a 7.62mm coaxial machine gun, a 12.7mm (.50) anti-air machine gun and a smoke cover system.