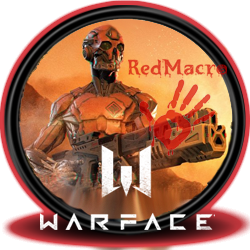 Red Macro Lab information about the seller and his items

RedMacro.ru RedMacro-ProLab™ - with us play ease!
Macro are written for mice A4Tech X7 and Bloody with memory for macros! For Bloody mandatory activation 3 core.
All macros are configured by default for use with rarity modules and standard equipment, which should be considered when installing entry - level modules, followed by an increase in recoil and requires additional sensitivity adjustment! Also on the shooting affects the firing position and the use of certain equipment reduces the recoil, which also requires adjustment of sensitivity to changes. The weapon in the game has a parametric recoil (random - not fire to the point), the installation of modules that increase the accuracy and the use of equipment increases the accuracy to some extent increases the accuracy of your shooting. You can also use the firing position, for example, if you shoot lying down, the recoil is reduced, the swinging of the sight is removed and the accuracy is significantly increased, and if you build the sensitivity for such shooting, then in the standing position the recoil will be increased, which increases the efficiency of shooting at long distances, and on short ones you will need to manually adjust the recoil.