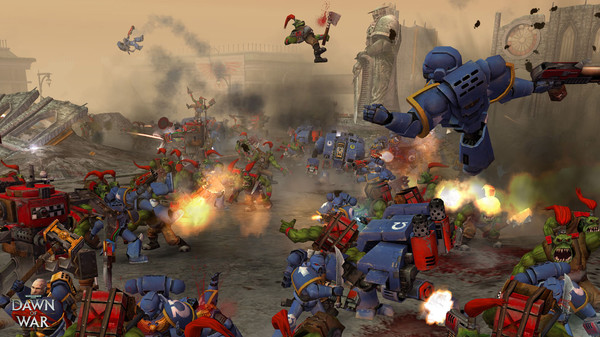 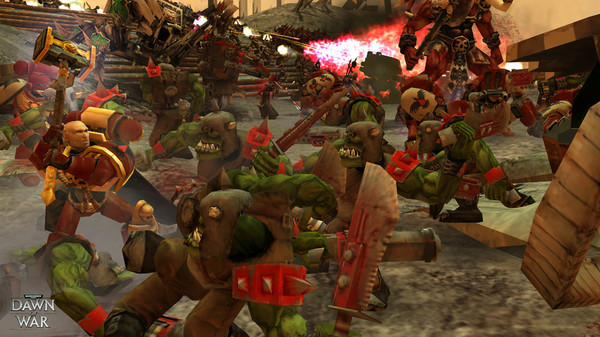 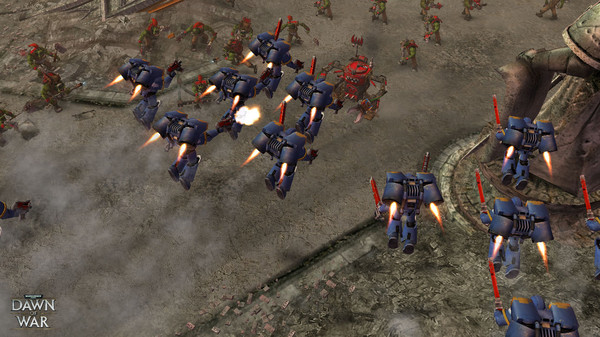 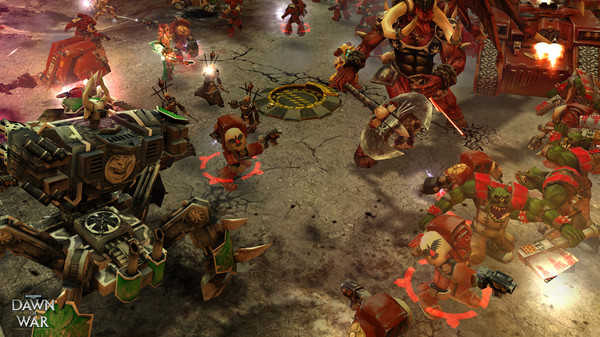 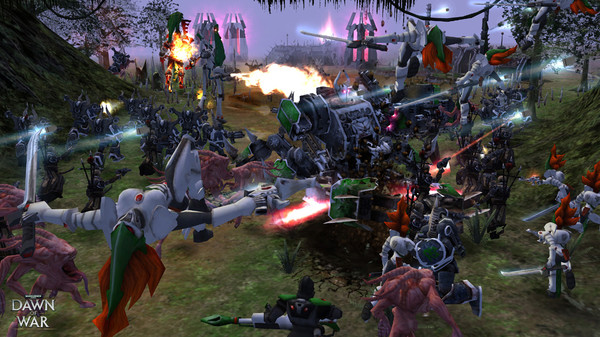 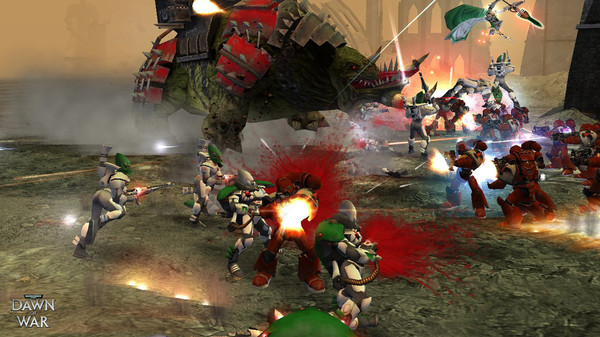 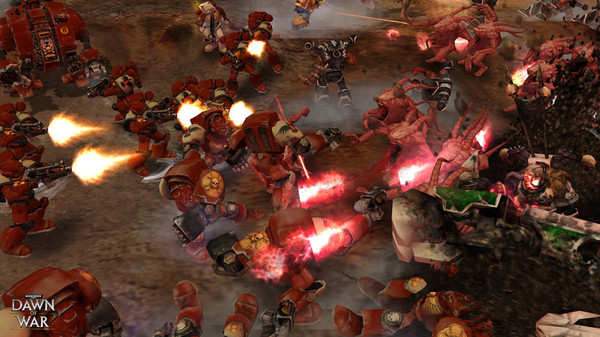 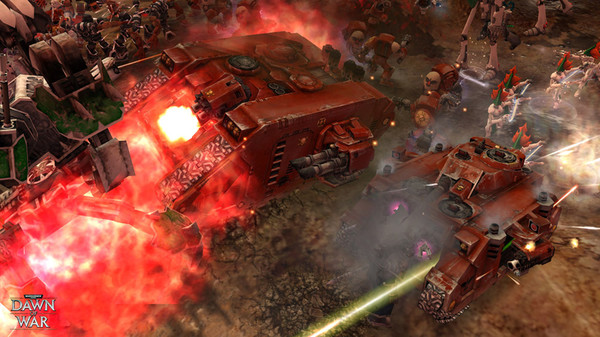 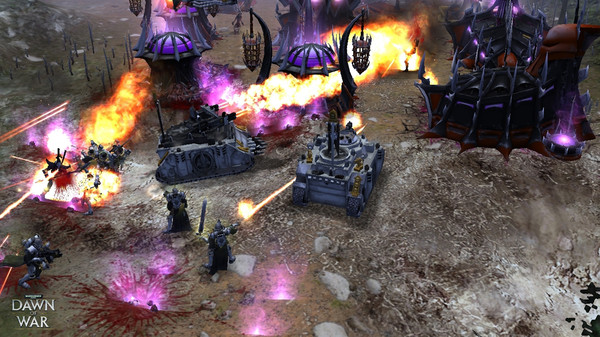 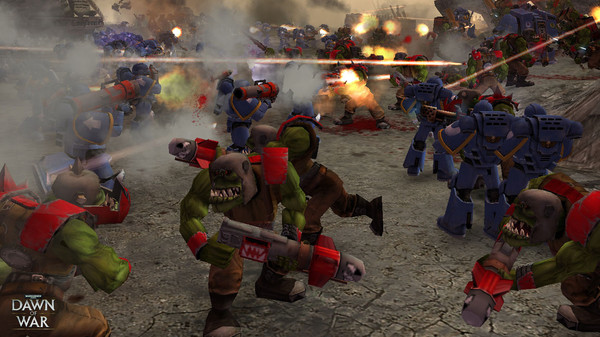 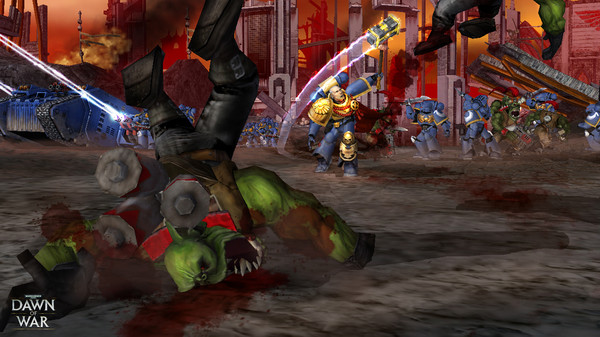 Prepare yourself for the grim, dark future of the 41st millennium, where alien races battle mankind for galactic domination in a universe of unending war.
Personalize your armies with a revolutionary unit customization tool that gives you the ability to choose your armies insignias, banners, squad colors and names.


- Engaging story driven single player campaign.
Command the elite chapter of the Blood Ravens in an original epic tale of treason and conspiracy as you serve the Emperor and protect humanity from the scourges of Warhammer 40,000 universe.

- Master four unique races.
Command your Space Marines, Orks, Chaos and Eldar in epic battles and master their distinct abilities, weapons, and tech trees to eradicate the enemy and rule the known universe.

Warhammer 40,000: Dawn of War Game of the Year Edition