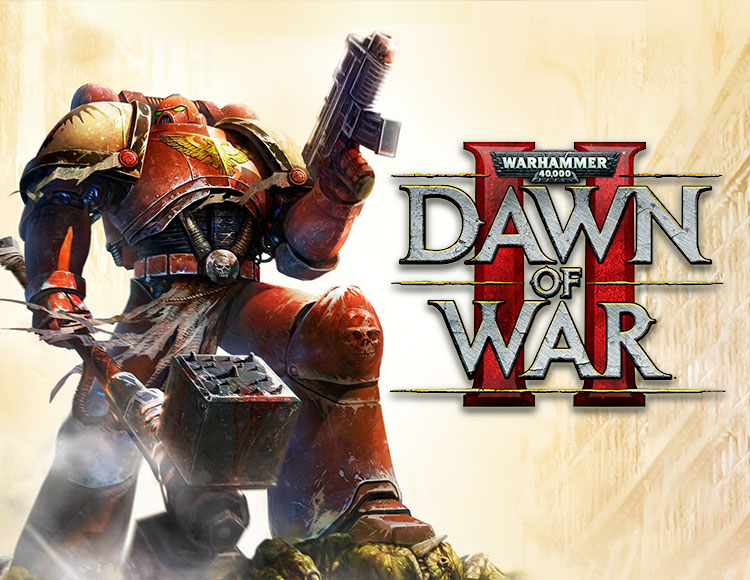 Uploaded: 28.04.2020
Content: warhammer_0108.txt 0,02 kB
Loyalty discount! If the total amount of your purchases from the seller servicesoft more than:
If you want to know your discount rate, please provide your email:

After that you get a link on which you can get a license key (CD KEY) by playing Warhammer 40,000: Dawn of War II from the official supplier - the company "Buka", for activation in the STEAM system.

Developed by the award-winning Relic Entertainment, Dawn of War II opens a new chapter of the famous RTS-series, transferring players to the advanced combat positions, where they will lead an elite strike force in a mission to save the galaxy.

Focusing on fast-moving RTS-gameplay, Dawn of War II animates the sci-fi universe Warhammer 40,000, like no one before. Penetrate the intimate fury of the battle as you go through the epic campaign for the chosen race. Face the enemy on the battlefield, seized by the fury of melee combat and the flashing flashes of small arms. Take command and turn your subordinates from the green beginners into the most seasoned veterans in the battles throughout the galaxy.

Furious shooter and tactics on the frontline - Immerse yourself in fighting, both in hand-to-hand combat, and using a devastating remote weapon. During melee combat, use fierce finishing (sync-kills) to destroy opponents. Outsmart the enemy - use a dynamic and destructible environment to suppress, flank and destroy enemies.
Non-linear single player campaign - Top elite strike forces by selecting from several playable races; play a unique storyline of the chosen race, developing the skills and abilities of your squads and commander as you progress through the game.
Cooperative multiplayer - Complete a single campaign in a cooperative mode with a friend who can join you at any point in the game.
RTS-engine of the next generation - Essence Engine 2.0, engineered by Relic, can provide a picture of cinematic quality, detailed graphics and special effects