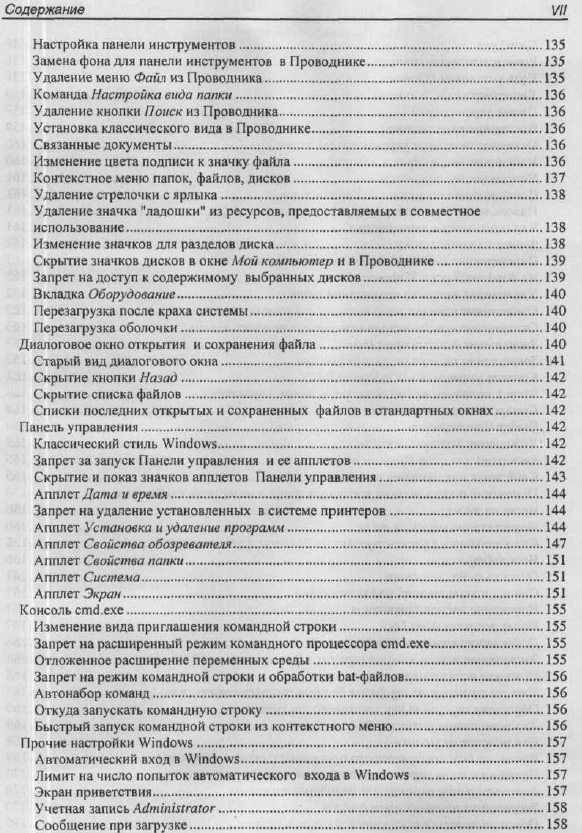 VMstore'RU information about the seller and his items
offlineAsk a question

We consider the hidden features of the operating system Windows, is not described in the documentation that greatly enhance its functionality, making your work at the computer more comfortable, stable, productive and enjoyable. It presents little-known programs and utilities that are part of Windows, by which it is possible to solve various problems, without resorting to external producers utilities. Described more than a hundred different options, including those that can only be changed by editing the registry. Is a program created by third-party developers to facilitate the work with the registry. We talked about the possibility of automating work at the computer using Windows Script Host. The CD contains the source code examples from the book, as well as useful tools and "people's councils" to work with Windows.

PDF - you can read the Adobe Acrobat Reader