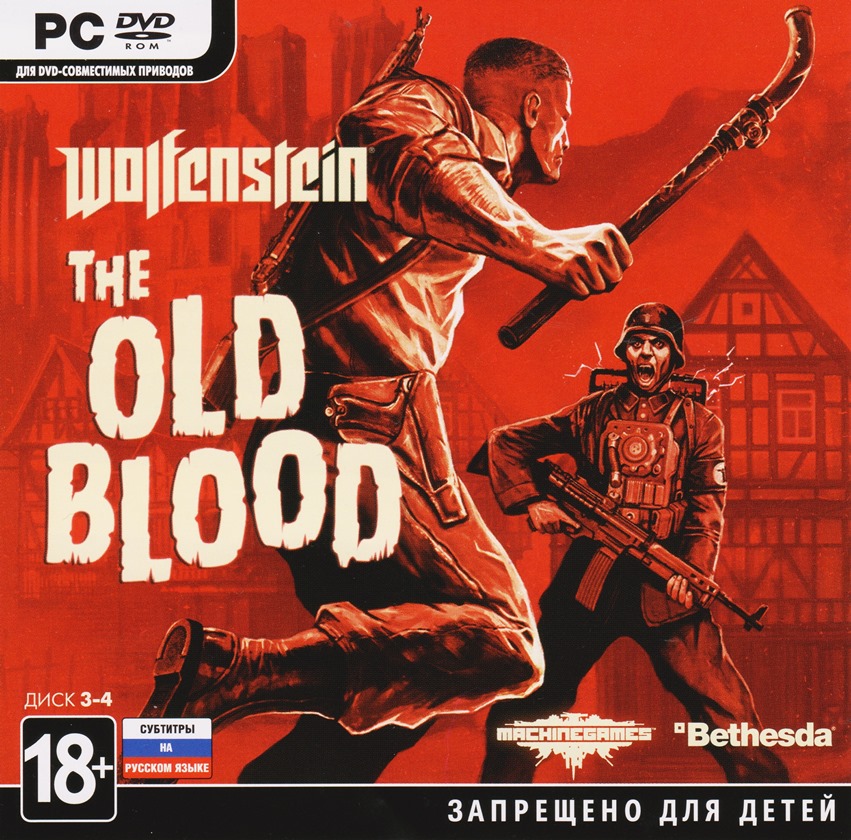 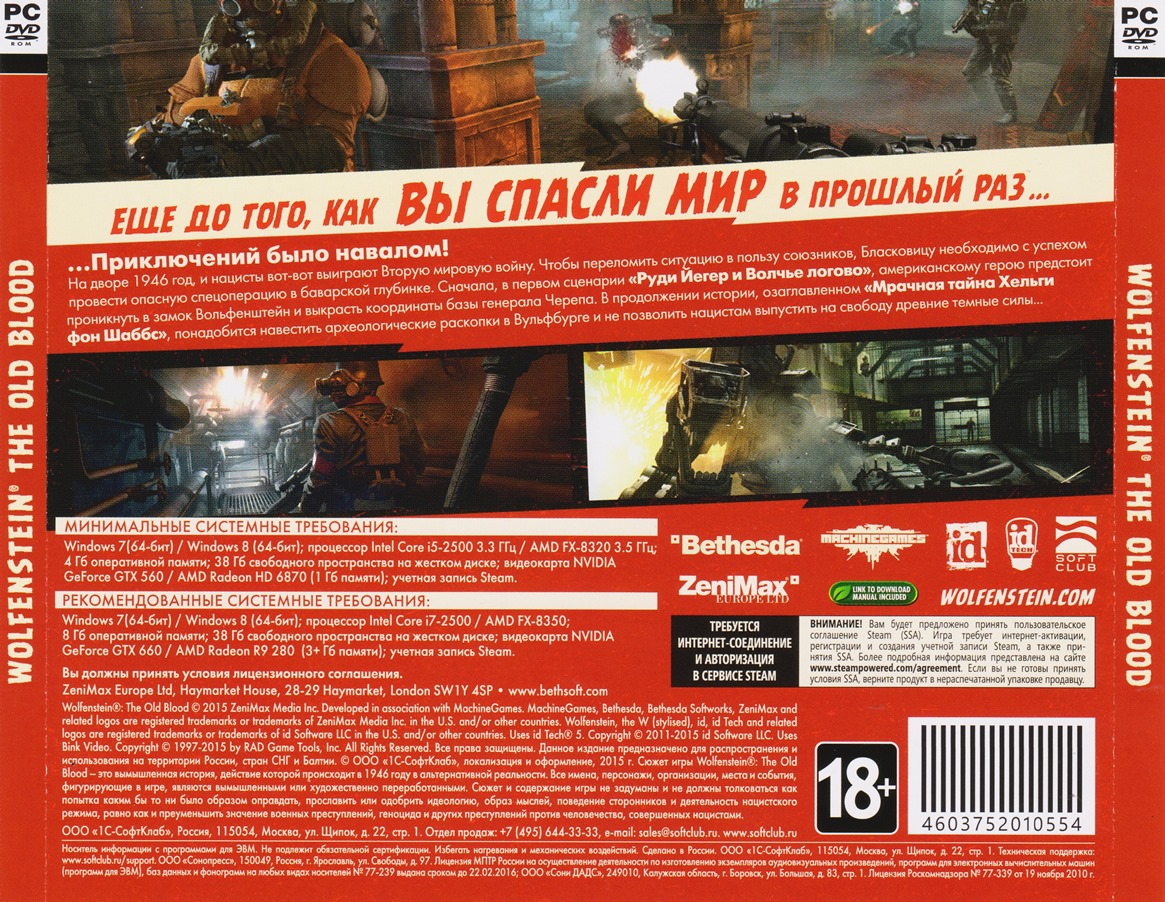 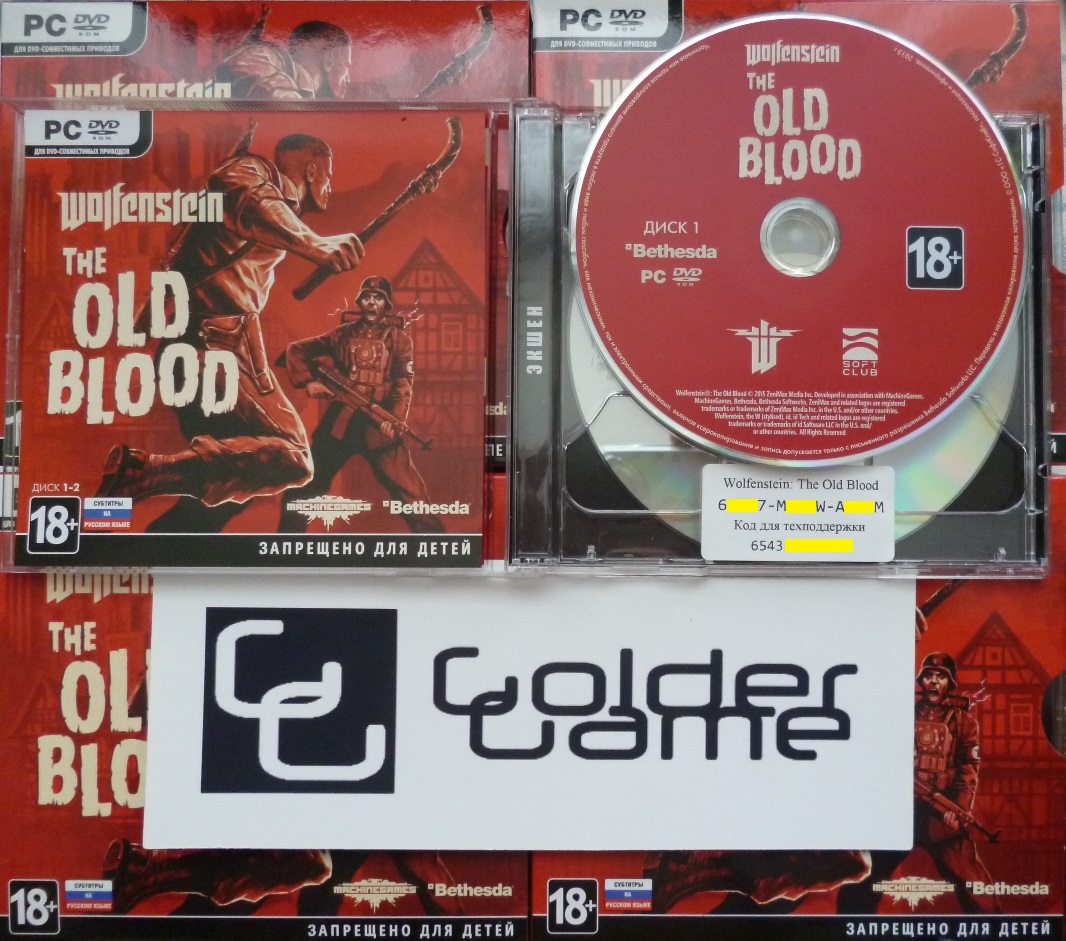 Sold: 0
Uploaded: 30.06.2015
Content: P1520361.JPG 30,19 kB
Loyalty discount! If the total amount of your purchases from the seller GolderGame more than:
If you want to know your discount rate, please provide your email:

Paying this product you will get a license key activation PHOTOS out of the box game "Wolfenstein: The Old Blood", from the company "1C-SoftKlab" to activate the "Steam".
Key collection takes place automatically, immediately after the payment.


Description of the game "Wolfenstein: The Old Blood":

Wolfenstein: The Old Blood - a prequel of the famous action adventure in the first person. This independent addition to Wolfenstein: The New Order, the eyeballs filled with adrenaline shooting, you will find a completely new story and gameplay corporate Wolfenstein.

In the yard in 1946, and the Nazis are about to win the Second World War. To turn the tide in favor of the Allies, BJ. Blaskowitz necessary to successfully carry out dangerous security operation in the Bavarian hinterland. First, in the first scenario, "Rudy Yeager and Wolf´s Lair" American hero to sneak into the castle and steal Wolfenstein coordinates Skull Base General. In the continuation of stories entitled "dark secret Helga von Shabbs" an urgent need to visit the archaeological site of Vulfburge not allow the Nazis to release the ancient dark forces.

• During the eight chapters of the plot you will lead an exciting battle in the first person using sophisticated weapons the Nazis, such as a rifle, "Bombenshuss" Shotgun 1946 and combat gun-grenade. It also offers additional perks for firing and stealth kills.
• You will be full of bullets and explosions around the scenic backwater, green valleys with bridges and cable cars, sinister catacombs with ghosts and, of course, the famous Castle Wolfenstein. And this time you will be easier to climb the walls, because now Blaskowitz can keep on the tube in each hand!
• Confront your brand new enemies and villains, in whose ranks supersoldat, elite stormtroopers, drones and terrifying generation of dark forces, brought to life by bloodthirsty Nazis.


With our other products and information about the seller, you can read here http://goldergame.plati.market