World of Tanks [wot] Account with the Type 59 tank 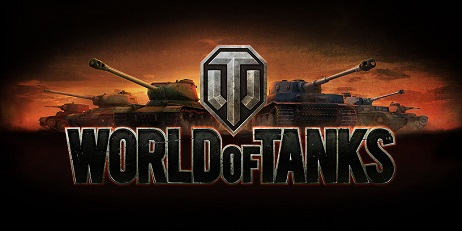 Uploaded: 01.03.2020
Content: text 151 symbols
Loyalty discount! If the total amount of your purchases from the seller AllGameSeller more than:
If you want to know your discount rate, please provide your email:

World of Tanks - client massively multiplayer online game in real time in the genre of arcade tank simulator in the historical setting of World War II, developed by the Belarusian studio Wargaming.net. Developers are positioned as a massively multiplayer online game in the genre of action with role-playing elements, shooter and strategii.Kontseptsiya «World of Tanks» is based on a team of tank battles in the mode of PvP. Online release of the Russian version of the game took place on August 12, 2010. The release of World of Tanks in Europe and North America took place on 12 April 2011.

The game uses a business model free-to-play. Initially declared only a free download of the client and free entry to the game, but in June 2013 announced that the strategy for all existing and future gaming is «free-to-win» - the complete absence of any advantage in the battle for paying players.
Gameplay «World of Tanks» is based on the battle of two randomly selected teams of 15 players - at the same time as a team can be combined with tanks of different nations and years of manufacture, real tanks and experimental models. Conditions victory in the battle - the complete destruction of the opposing team or the seizure of his base, for which one or several tanks must be marked in the area for some time, without receiving damage.


BUYING THIS ITEM YOU AUTOMATICALLY AGREE TO TERMS AND CONDITIONS SET OUT BELOW:

1. Shop provides you with immediate access after payment in the mail account to which is attached. All accesses are of the form - login @ domen: password.
2. The password for the account to recover a password recovery feature on the site: https://ru.wargaming.net/personal/password_reset/new/
3. Accounts 100% non-binding phone. Snapping at the post is not about replacing.
4. All operations for changing data carries the buyer. Methods of data change, we do not provide.
5. We are not responsible for your actions. Can you change your password / resell / give to a friend / computer viruses / etc ..
6. Return only in case if the seller is unable to make the change within 72 hours from the date of purchase, otherwise there is no return.
7. Claims and replace only with the provision of video purchases and entering data into account (Recommended programs: for the record - http://www.bandicam.com/ru to download video: http://www.dropmefiles.com)..

If you do not agree with at least one of the items, please refrain from purchasing. Thank you!


Please do not leave a review "BAD" to solve the problem, but simply write a message in the form of correspondence with the seller.
Seller will respond to your message within 72 hours. Be patient.

It is not recommended in the first 2 weeks to contact the Wargaming technical support on any issue, whether it´s a tank recovery and so on.
Maintenance replaced may suspect the account owner, and it is prohibited user agreement.
From the User Agreement Wargaming:
"5. The user following actions are prohibited:
Use Account (game account) of another person, as well as alienate or otherwise transfer his or acquire, including through sharing or receiving a gift, an account (game account) of another person. "
Shop is not responsible for the actions of Wargaming.

Related to item "World of Tanks [wot] Account with the Type 59 tank":