World of Warcraft (EU) Wrath of The Lich King ORDER 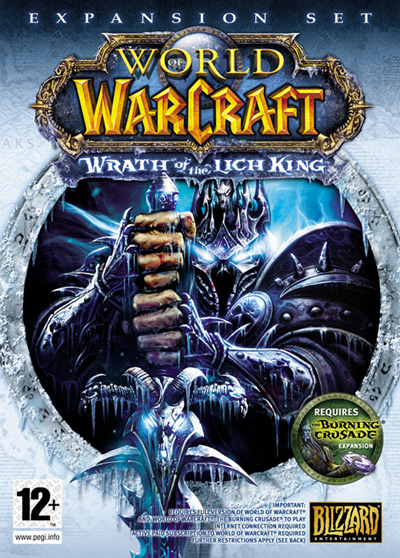 allmoney information about the seller and his items
offlineAsk a question

Building on the foundation established in World of Warcraft and The Burning Crusade, in Wrath of the Lich King, you will achieve soaring levels of power, explore a vast new continent, and battle other high-level heroes to determine the fate of Azeroth.
New expansion featuring:
-Death Knight Hero Class: Create a high-level Death Knight character - the game's first hero class - once certain challenges have been met.
-Increased Level Cap: Advance to level 80 and gain potent new talents and abilities along the way.
-Northrend: Explore the harsh new continent of Northrend, packed with new zones, quests, dungeons, monsters, and items - and do battle with the undead armies of the Lich King.
- "Inscription" Profession: Learn this exciting new profession and gain unique ways to permanently enhance spells and abilities in the game.
-Siege Weapons and Destructible Buildings: Take the battle to another level with new player-vs.-player game mechanics and new battlefields to wage war on.
-New Character Customization: Change how characters look and express themselves, with different hairstyles and dance animations.

After purchase, you get a code that gives you the right to one of the first to receive this extension. Immediately after the release you on email, specified when purchasing the goods will be sent a key to enter the online WoW. Be one of the first!

Related to item "World of Warcraft (EU) Wrath of The Lich King ORDER":