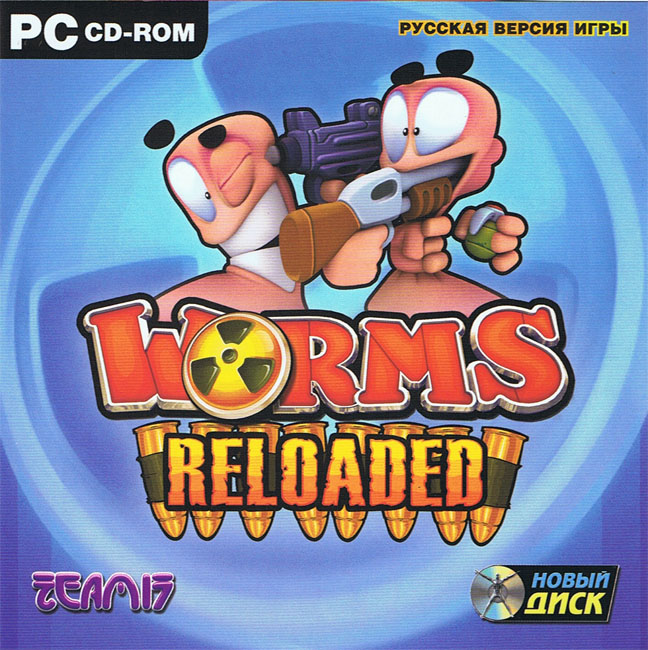 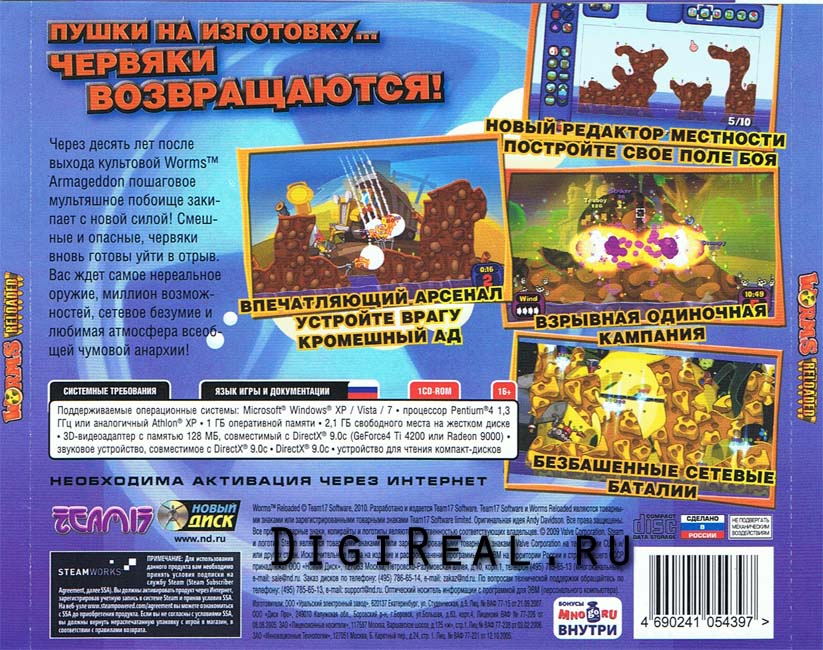 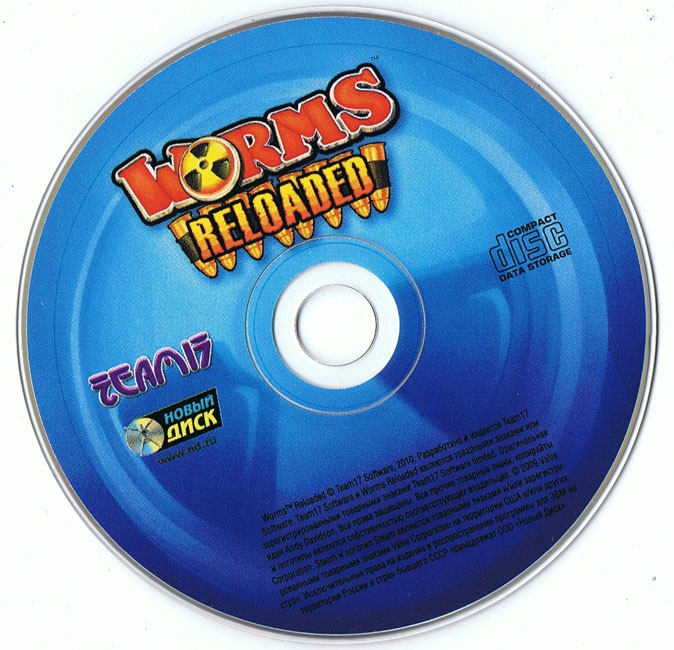 Instant delivery!
You buy a key, the official game Worms Reloaded for STEAM as a scanned image of the box with the licensed game from "new drive".


Guns at the ready - Worms are back!
Fifteen years after the first birth, and ten years after the cult Worms Armageddon, that in due time literally blew the brains of millions of gamers, stepping cartoon carnage begins to boil with a bang! Funny and dangerous, worms again ready to break away. You will enjoy a modern, stylish graphics, the most unreal weapons million opportunities, networking madness and favorite atmosphere of general anarchy plague!