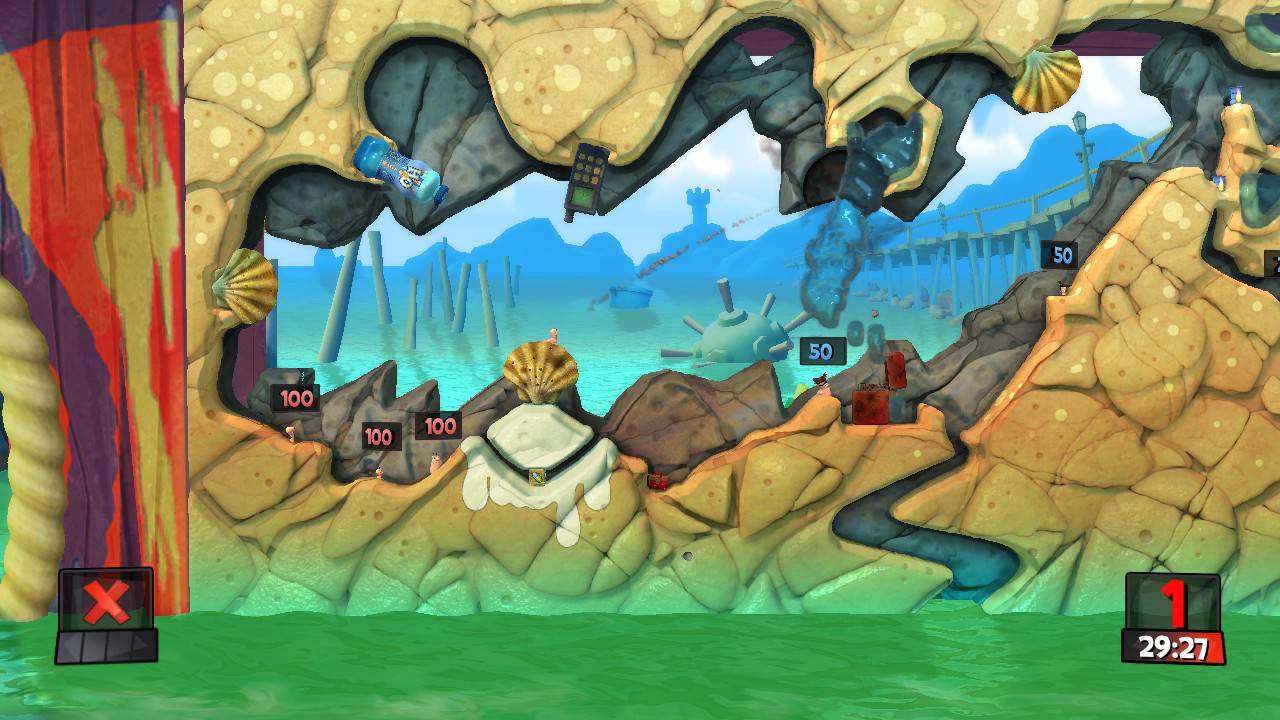 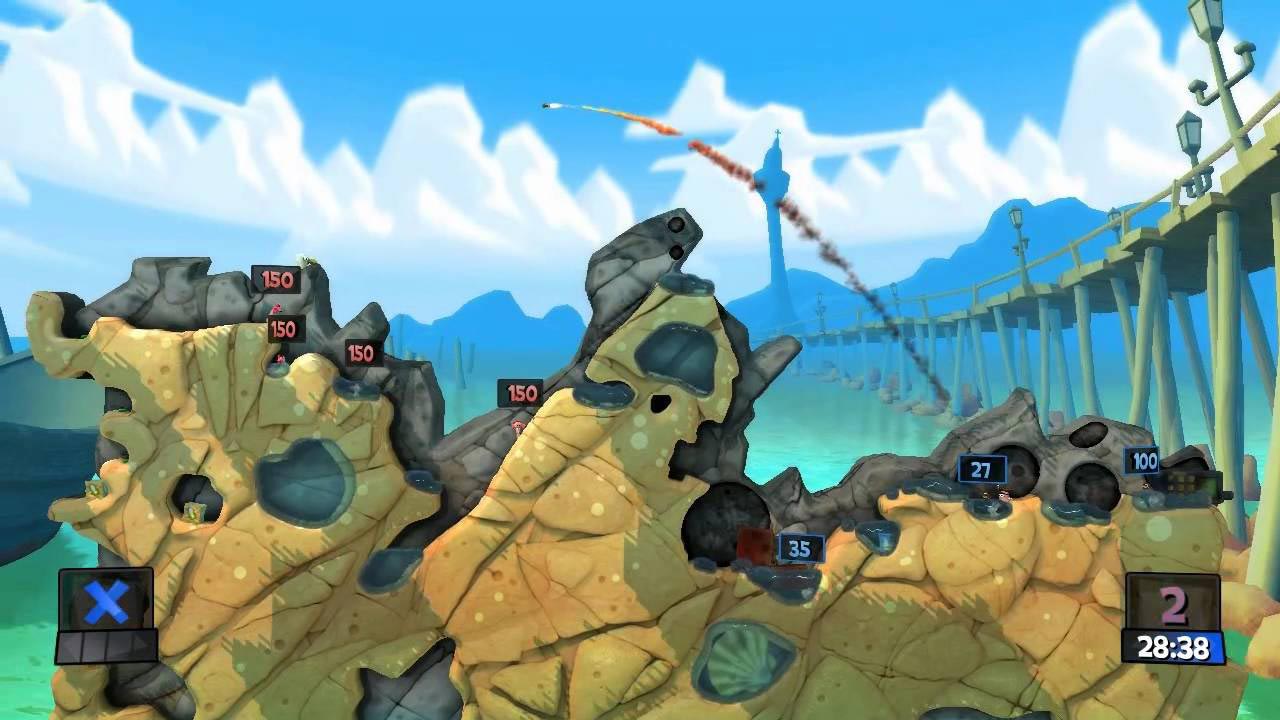 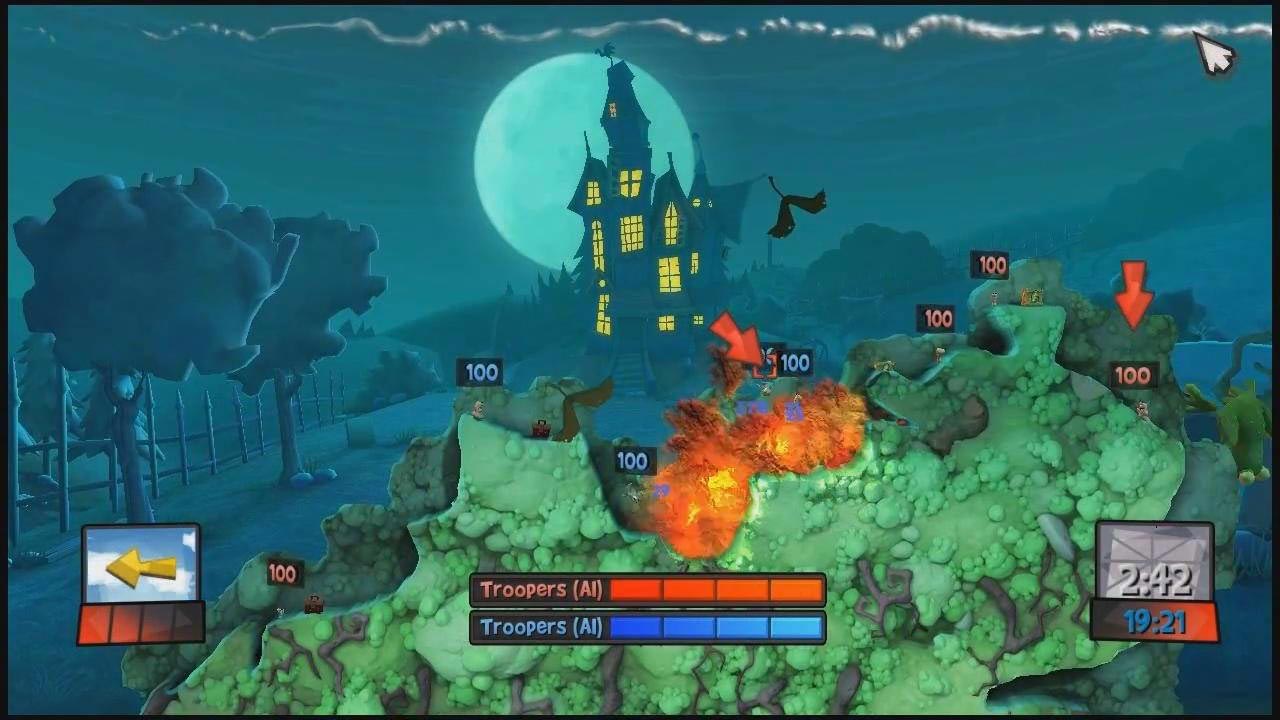 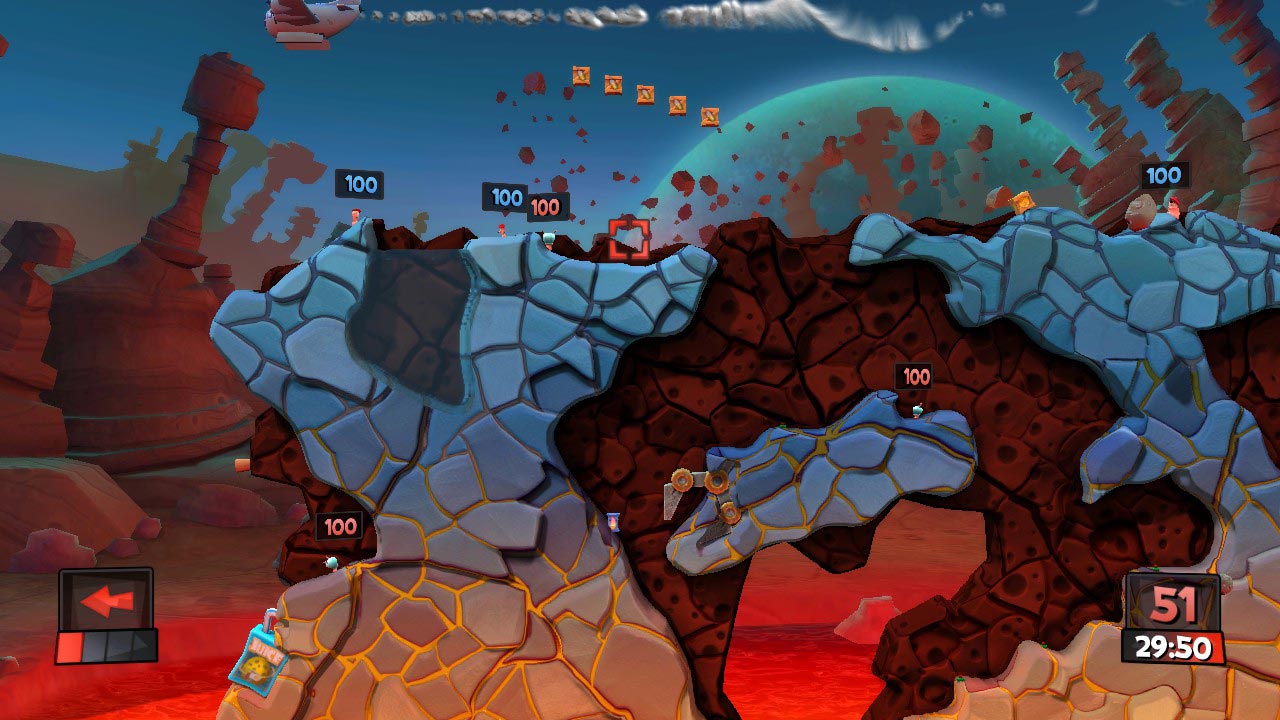 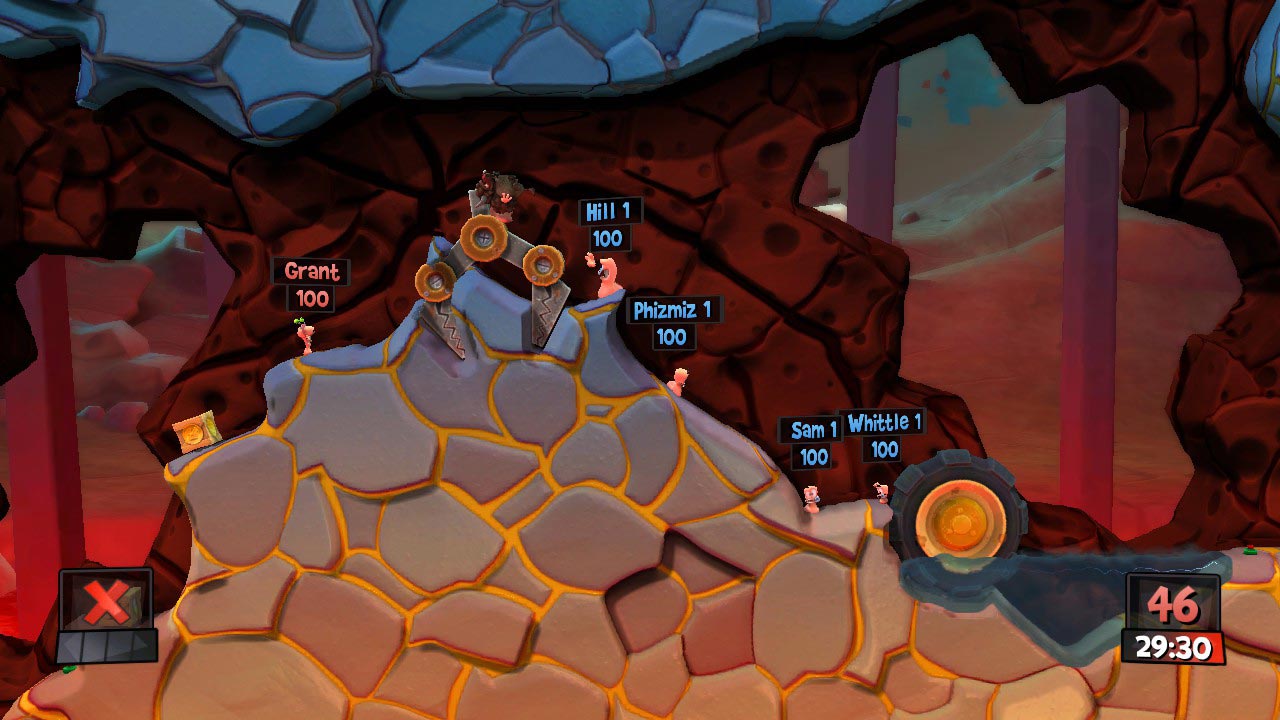 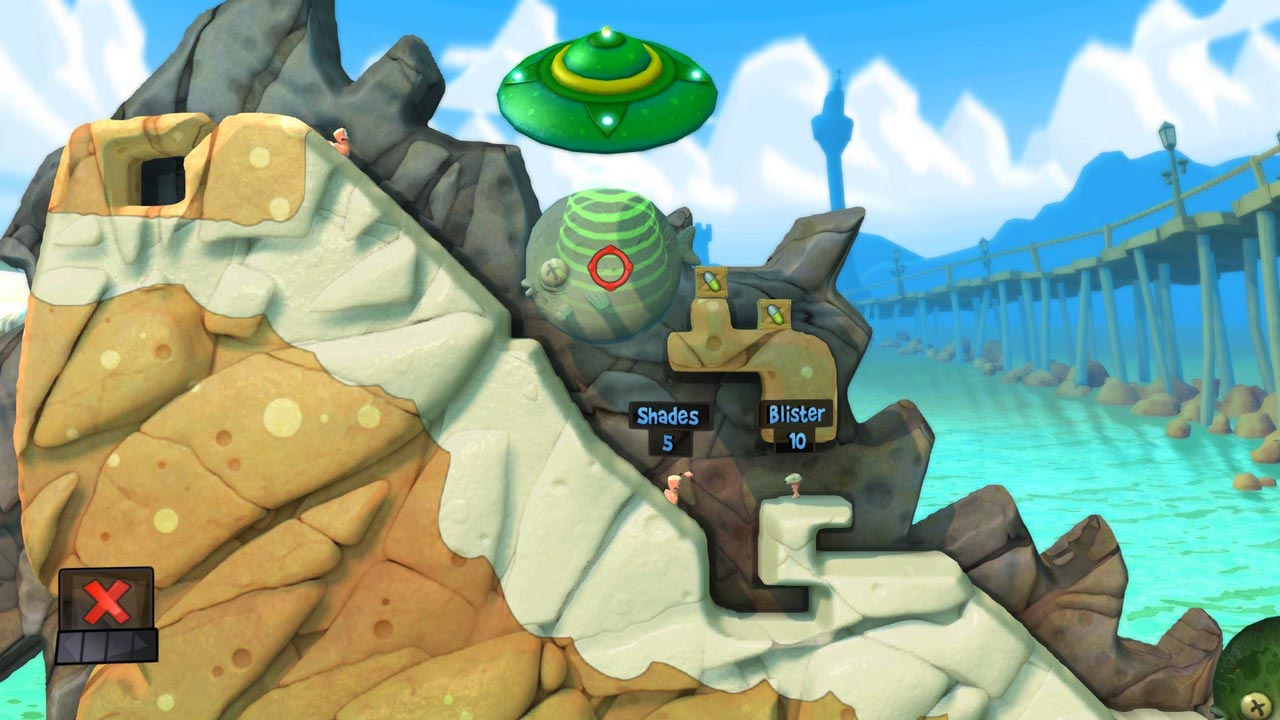 
Worms revolution
This is the latest game in a series of classic turn-based strategies, overlooking the PC system, with lots of exciting new options and great 3D graphics that preserve the classic features of two-dimensional gameplay, so admired by fans. Play in a comprehensive single-player mode, including both campaigns and puzzle missions, or immediately plunge into multiplayer fighting, playing locally or online. For the first time in history, dynamic water, physical objects and classes of worms are included in the game! Independently choose the classes with which to play, their appearance and even the way in which they speak!

Worms Revolution - Mars Pack
Expand your single player experience by participating in more missions in this huge leap in the evolution of worms. Meet the new missions, weapons, settings, and more:
• New campaign missions. Five new missions of the single-player campaign, which unfolds in the new theme "Mars"
• Mars theme. Stunning new Mars theme for the Worms ™ Revolution, which can be used in both local fights and fights on the Internet
• Four new types of weapons. Buffalo, poison cannon, lightning and a new tool "kick box"
• Thematic settings "Mars." Two new trinkets, two new accessories, one new tombstone and one new sound bank
• Voice behind the scene
• Six new achievements

Worms Revolution - Funfair DLC
Have fun for everyone! Enjoy the joy of the fair with these 5 new puzzles and themes. Meet new puzzles, weapons, settings, and more:
• New puzzle missions. 5 new missions-puzzles in single player mode, the action of which unfolds in the new theme "Fair"
• Theme "Fair". Stunning new theme "Fair" for Worms ™ Revolution, which can be used in local fights, and in fights on the Internet
• 4 new types of weapons. Armageddon, skunk, napalm strike and a completely new weapon - knockout
• Thematic settings "Fair". 2 new knick-knacks, 2 new accessories, 1 new headstone and 1 new sound bank
• Voice behind the scene

Worms Revolution - Medieval Tales DLC
Tony Hvastone is the spineless assistant of Leso Stone, and while his boss is hiding, Tony needs your help in further documenting the life of Worms of Opeluchus. Now you have a chance to help him and become a legendary hero! Storm take a series of puzzle-filled castles in 10 brand-new medieval single-player missions-quests.
• New campaign missions
• Medieval theme
• Five new hats
• Three new speech banks